Accessibility links
Washington Catholic Archdiocese Names 31 Priests 'Credibly Accused' Of Sexual Abuse The list, which includes allegations dating back as far as 1948 and as recently as 1996, was released days after Pope Francis accepted the resignation of Archbishop Cardinal Donald Wuerl. 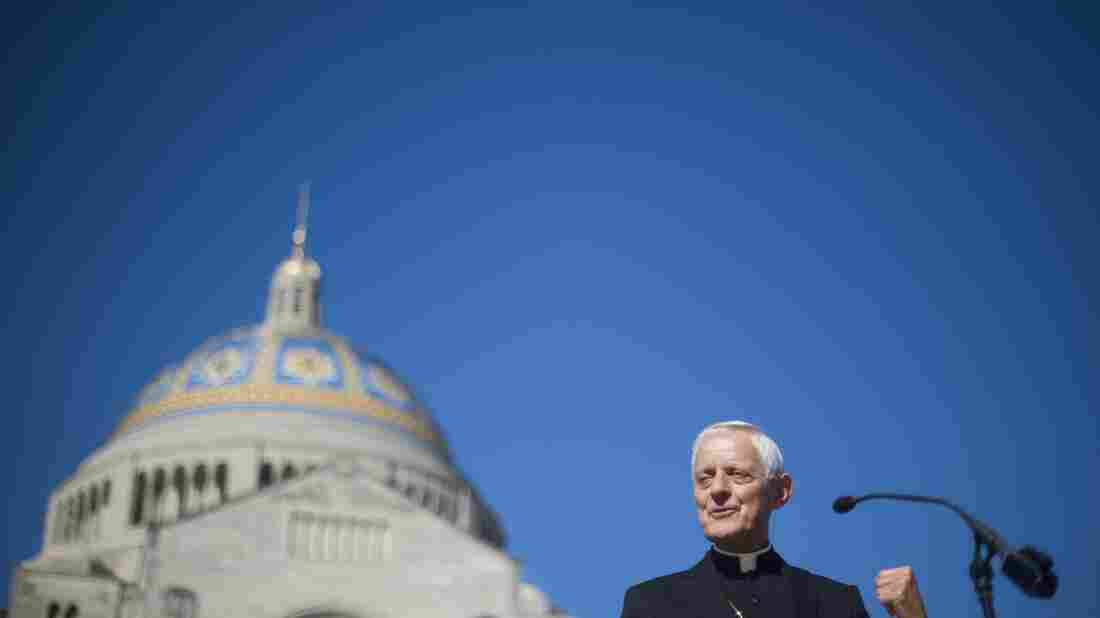 Cardinal Donald Wuerl speaks in front of the Basilica of the National Shrine of the Immaculate Conception in Washington, D.C. in 2015. Wuerl resigned on Friday after accusations of covering up sexual abuse. Jim Watson/AFP/Getty Images hide caption 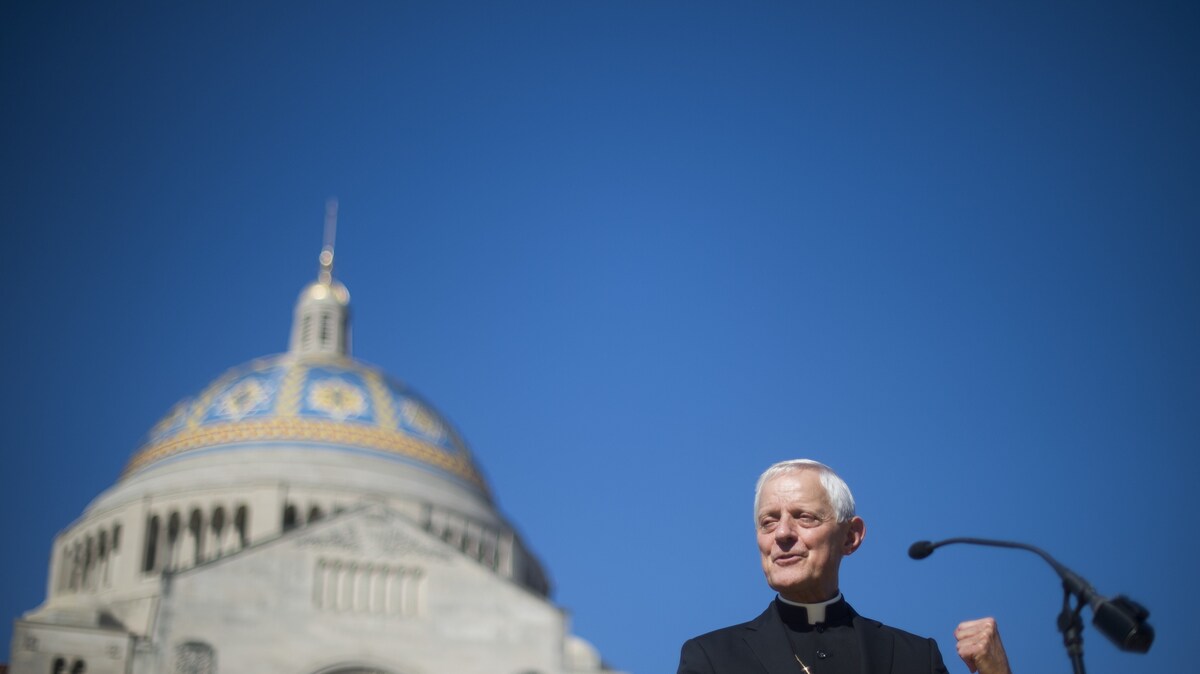 Cardinal Donald Wuerl speaks in front of the Basilica of the National Shrine of the Immaculate Conception in Washington, D.C. in 2015. Wuerl resigned on Friday after accusations of covering up sexual abuse.

The Catholic archdiocese of Washington, D.C., has released a list of 31 clergymen who have been "credibly accused" of abusing children over a decades-long period — a move that comes just days after Pope Francis accepted the resignation of Archbishop Cardinal Donald Wuerl for allegedly covering up sexual abuse in the Church.

The list documents cases dating back as far 1948 and as recently as 1996. Eighteen priests were arrested and 17 of them are now dead. None of those still living are currently active clergymen.

"Where credibility could not be determined," the archdiocese says, allegations are "treated as credible for purposes of tracking and responding." It also says that no new allegations of abuse have been reported to them in two decades.

The release of the list comes amid upheaval in the archdiocese.

Wuerl, 77, resigned on Friday amid growing calls from survivors of sexual assault after a grand jury in Pennsylvania produced a disturbing, 900-page report that detailed the crimes of 300 "predator priests" — some under Wuerl's supervision.

After Cardinal's Resignation, Parishioner Shares His Struggle With Catholic Church

Wuerl will continue to serve as archbishop until his successor is appointed. The archdiocese's website described his resignation as "a new chapter."

A news release published on Monday — three days after Wuerl's resignation — quotes him as calling the list "a painful reminder of the grave sins committed by clergy, the pain inflicted on innocent young people, and the harm done to the Church's faithful, for which we continue to seek forgiveness."

In June, Washington's previous archbishop, ex-Cardinal Theodore McCarrick, resigned after allegations of sexual abuse. There were also revelations that two dioceses in New Jersey made financial settlements with priests who alleged McCarrick sexually abused them when they were studying to enter the priesthood nearly 50 years ago.

McCarrick resigned from the College of Cardinals in July. He is not included on the list released Monday because his abuse occurred outside the archdiocese.

The list did not indicate how many victims were abused.

The archdiocese's website says it reports all allegations to the authorities. Its "Child Protection Policy" mandates reporting any allegations to civil authorities and has been in effect since 1986. According to the list, there were four instances of reported abuse that year, and two arrests and convictions.

In one example, the archdiocese says alleged abuser Paul Twiddy was in and out of the ministry for decades. He was first accused of abuse in 1965, and returned to the ministry in a different diocese in 1968 after being "evaluated and treated."

Twiddy was reported again in 1971, entered "long-term in-patient treatment" and returned to limited ministry in 1980 — again in Washington — while allegedly receiving out-patient treatment. He retired in 1986, and died in 2009.

In another example, Arthur J. O'Brien accepted assignments in other regions — Alabama and Hawaii — after being removed from the Archdiocese of Washington in 1983. He was arrested and convicted in Hawaii in 1992. O'Brien died in 2011.

Others faced consequences more immediately. William E. Krouse, ordained in 1973, abandoned the priesthood in 1987. Allegations of abuse committed by him were allegedly first reported to the parish in 1996. Krouse was arrested and convicted that same year.

Timothy F. Slevin, who was ordained in 1965 and abandoned priesthood in 1974, also met legal action shortly after allegations reached the Church: He was arrested and convicted in 1986, the same year his abuse was first reported to the archdiocese.

Allegations of abuse at the hands of Francis Benham was first reported to the archdiocese in 1979. He was not arrested and convicted until 2005. Others on the list were not reported as abusers until after their deaths.

The archdiocese says that no priest "against whom there is a credible allegation" may be active in ministry. Its website has a page with instructions on how to report abuse, and says it will immediately offer to pay for victims' therapy "for as long as needed to heal."

Publication of abuse allegations can encourage some victims to report their experiences from decades ago. After the Boston Globe reported an investigation that led to the convictions of five priests in 2002, many other victims came forward with allegations of abuse.

The Washington Post reports that the report of abuse in Pennsylvania, published in August, prompted 1,272 to call a state-run clergy abuse hotline. The same hotline received 300 calls in a two-year span prior to the report's publication.