Accessibility links
'Tiny' Vs. 'Horseface': Trump Slings Mud With Stormy Daniels After Courtroom Win The president said he relished the chance to battle back in court against the adult film actress after a judge threw out her defamation lawsuit on Monday. Bring it, her lawyer said. 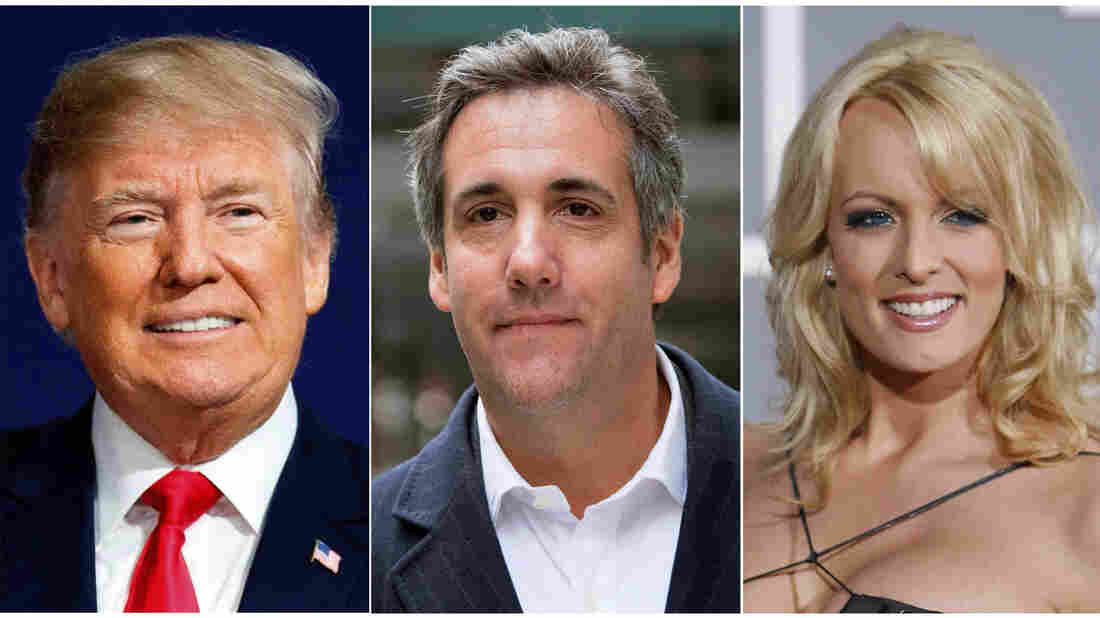 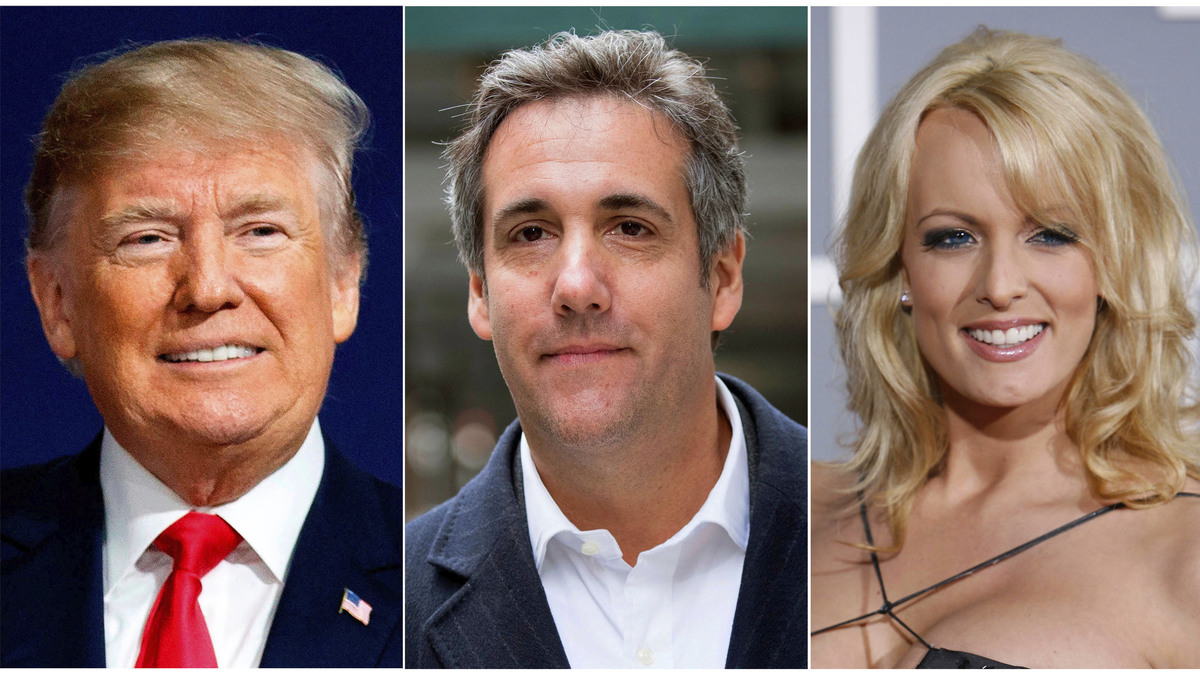 President Trump directed then-attorney Michael Cohen to buy the silence of adult film actress Stormy Daniels ahead of Election Day in 2016. On Monday, a judge threw out Daniels' defamation lawsuit against Trump.

President Trump launched a war of name-calling on Tuesday with adult film actress Stormy Daniels and her attorney as he exulted after a judge threw out Daniels' defamation lawsuit against the president.

Trump said on Twitter that he welcomed the opportunity to take the offense against Daniels — whom he called "Horseface" — and lawyer Michael Avenatti in Texas, where Daniels lives.

“Federal Judge throws out Stormy Danials lawsuit versus Trump. Trump is entitled to full legal fees.” @FoxNews Great, now I can go after Horseface and her 3rd rate lawyer in the Great State of Texas. She will confirm the letter she signed! She knows nothing about me, a total con!

Avenatti, who represents Daniels but who also has become an all-purpose antagonist against Trump, fired back by recalling Daniels' account of an alleged sexual encounter with Trump in 2006 at a time he was married to the now-first lady, Melania Trump, and not long after the birth of their son.

Avenatti suggested he would welcome some kind of suit by the president.

You are a disgusting misogynist and an embarrassment to the United States. Bring everything you have, because we are going to demonstrate to the world what a complete shyster and liar you are. How many other women did you cheat on your wife with while you had a baby at home? https://t.co/npOKOEFju6

Trump has acknowledged making a payment to Daniels not long before Election Day in 2016 to keep her from talking publicly, but he has denied her underlying allegation of having a sexual encounter in 2006.

Trump's onetime attorney, Michael Cohen, pleaded guilty in a federal case this year to violating election law by arranging the payment to Daniels and another one in 2016. Trump was described in court documents as directing Cohen's actions in the matter.

For Daniels, however, the account of her encounter with Trump is long past the point of dispute. She has talked publicly and written a book about her contacts with Trump.

Among the things she has discussed are her knowledge about intimate details of the now-president, to which she alluded again on Tuesday.

Ladies and Gentlemen, may I present your president. In addition to his...umm...shortcomings, he has demonstrated his incompetence, hatred of women and lack of self control on Twitter AGAIN! And perhaps a penchant for bestiality. Game on, Tiny. https://t.co/6DpDD5ELtj