Accessibility links
Brothel Owner And Trump-Inspired Candidate Dennis Hof Dies At 72 He was best known as a legal pimp whose business was profiled on a reality TV show that aired on HBO. He had recently turned to politics, running for state assembly in Nevada. 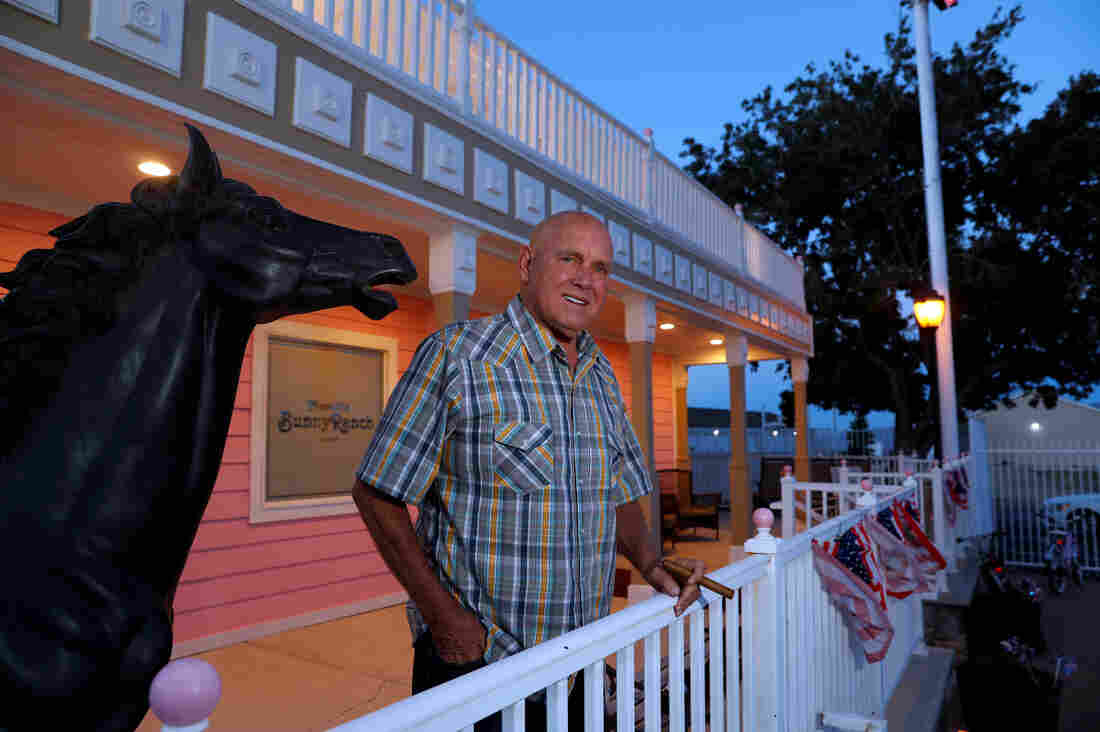 Dennis Hof, seen outside one of his brothels in Nevada earlier this year, was found dead Tuesday. Hof was a brothel owner who beat the three-term Republican candidate in the primary for a district in southern Nevada, a victory that roiled local politics and made national headlines. Steve Marcus/Reuters hide caption 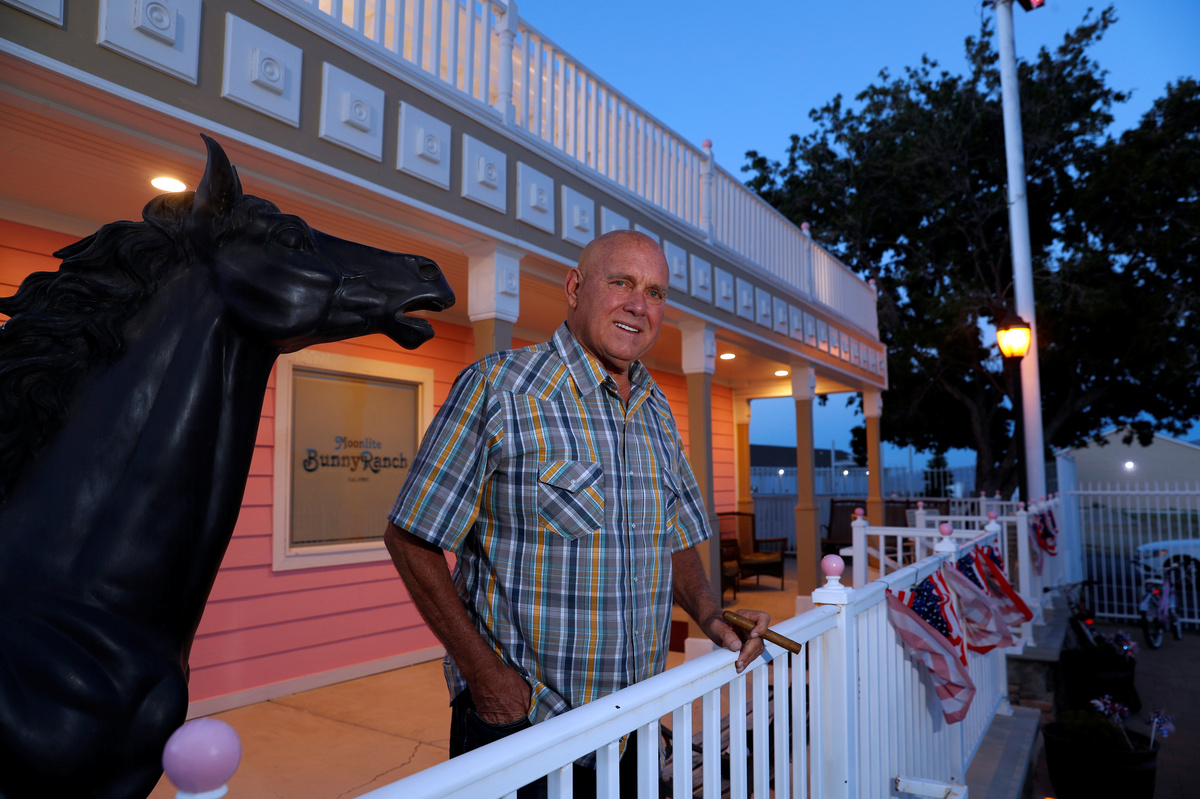 Dennis Hof, seen outside one of his brothels in Nevada earlier this year, was found dead Tuesday. Hof was a brothel owner who beat the three-term Republican candidate in the primary for a district in southern Nevada, a victory that roiled local politics and made national headlines.

Dennis Hof, who used his celebrity as a brothel owner to launch a political career, was found dead Tuesday at the Love Ranch, one of several legal brothels he owned in Nevada.

Hof was best known for his reality TV show Cathouse that aired on HBO. But recently he stepped into the spotlight as an aspiring politician, vying for a seat in the state assembly. His primary victory over a three-term Republican in a rural district in Southern Nevada roiled local politics and made national headlines.

His death was confirmed at a Nye County commission meeting. The sheriff's department indicated he died in his sleep, though the department will investigate the cause, as is standard for unattended deaths, according to county spokesman Arnold Knightly.

The death was a shock for his friends and associates. His chief executive assistant, Zackery Hames, answered his phone but was too emotional to comment. The death was announced Tuesday, two days after Hof's birthday.

I just confirmed with Nye County sheriff’s deputy that Dennis Hof passed away this morning. No other details at this point. I’m heading out to Love Ranch Vegas now. Official statement will come once I learn more.

In a recent interview with NPR, Hof was unabashed about his work as a legal pimp and his political aspirations.

"Dennis Hof is the Trump of Pahrump," Hof said, describing the way people spoke about him in the most populous town in the district. "He's rich, he's famous, he's got nerves of steel. He likes hot girls."

Hof was expected to win the seat in this very conservative district that consistently votes Republican. But he was running against Democratic candidate Lesia Romanov, an assistant principal from Las Vegas who said she was getting some national support to aid her campaign against him.

He was a controversial figure, and not everyone was thrilled with his candidacy. Some establishment Republicans worked against him. And allegations of sexual assault and rape — allegations he denied — clouded his campaign. Still, he was excited about his path from "pimping to politics," as he joked.

After the state assembly, Hof said he had his eyes on the governor's mansion. He credited his political success to Donald Trump, the person he called the "Christopher Columbus" for candidates like him.

Ballots for the Nov. 6 election have already been printed, and notices that Hof has died will be posted at the polls. If Hof should win, according to a spokesman for the Nevada secretary of state, the seat would be considered vacant. Commissioners from the three counties in the district would then appoint another Republican to the position.