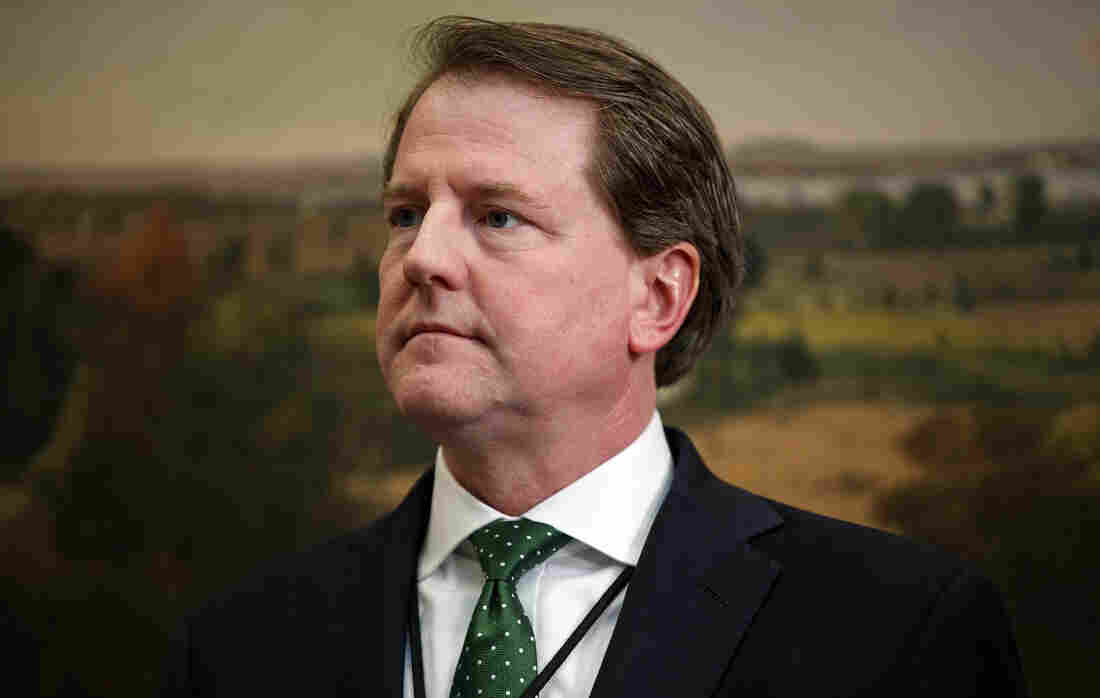 Don McGahn left his position as White House counsel Wednesday, a move that had been announced in August. Evan Vucci/AP hide caption 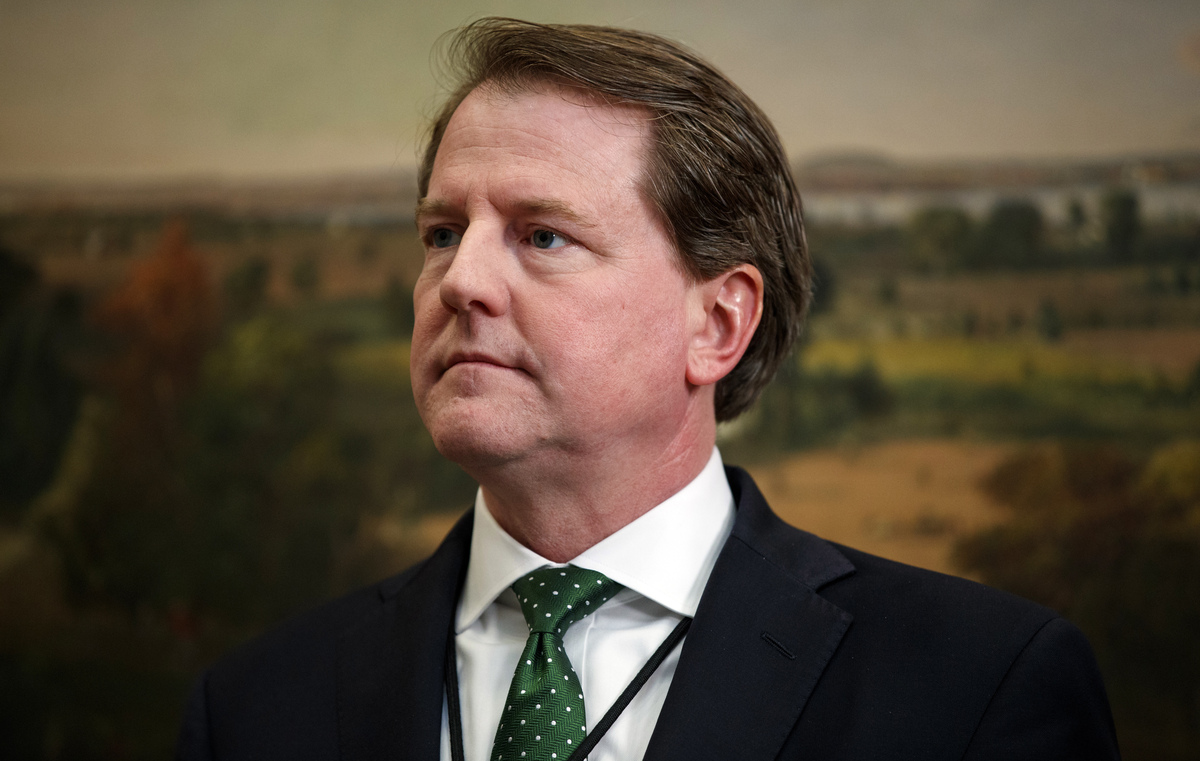 Don McGahn left his position as White House counsel Wednesday, a move that had been announced in August.

White House counsel Don McGahn has left the job effective Wednesday. But his influence will live on for years, thanks to the dozens of conservative judges that McGahn helped President Trump put on the federal bench.

How Is Kavanaugh Likely To Rule On Critical Issues? Here's A Look At His Record

With a flurry of confirmations by the Senate on Oct. 11, Trump has so far installed 29 appeals court judges and 52 district court judges — along with Kavanaugh and his Supreme Court colleague Neil Gorsuch.

McGahn oversaw the president's judicial selection process, picking nominees who are uniformly conservative — often suggested by the Federalist Society or the Heritage Foundation — and typically young — capable of shaping the federal courts' decisions for decades to come.

McGahn's "significance to the judiciary, the White House and the nation cannot be overstated," said Senate Republican leader Mitch McConnell, R-Ky., in August.

McConnell and his fellow GOP senators cleared the way for McGahn's courthouse makeover by refusing to fill judicial vacancies during the latter years of the Obama administration. That left a large number of openings on the bench for Trump to fill as soon as he came into office — most notably the Supreme Court seat left vacant by the death of Justice Antonin Scalia.

When Scalia died in 2016, McGahn was serving as Trump's campaign attorney. He suggested the candidate publish a list of conservative judges from which Trump would choose Scalia's successor, if elected.

That list would prove to be a key selling point for Trump among social conservatives, who otherwise might have been skeptical of a thrice-married billionaire from New York City.

Not all of McGahn's judicial choices sailed through the Senate. Some were tripped up by inflammatory statements they'd made in the past. And Matthew Petersen was forced to withdraw his nomination after a humiliating question-and-non-answer session with Sen. John Kennedy, R-La., which exposed Petersen's lack of basic legal knowledge.

But McGahn was more than willing to push the envelope. According to Time magazine, he tried to choose judges who are "too hot for prime time ... The kind of people that make some people nervous."

McGahn himself may have rattled nerves in the White House when the New York Times reported in August that he had cooperated "extensively" with special counsel Robert Mueller's investigation into Russian interference in the 2016 election and possible coordination with the Trump campaign. Less than two weeks after that story appeared, Trump tweeted that McGahn would be leaving his White House post in the fall.

White House Counsel Don McGahn will be leaving his position in the fall, shortly after the confirmation (hopefully) of Judge Brett Kavanaugh to the United States Supreme Court. I have worked with Don for a long time and truly appreciate his service!

Trump's attorney, Rudy Giuliani, told NPR the timing had nothing to do with McGahn's interviews with the special counsel's office. McGahn previously beat back a push by the president to fire Mueller, reportedly threatening to quit if Trump insisted on it.

McGahn, who previously served as a combative member of the Federal Election Commission, drew criticism early in the Trump administration for poorly crafted executive orders. Trump's initial travel ban and a measure designed to penalize so-called "sanctuary cities" were struck down by the federal courts, although a modified version of the travel ban was ultimately upheld by the Supreme Court.

McGahn could return to his lucrative career as a partner in the Jones Day law firm, while also doing work for Trump's re-election campaign.