Accessibility links
California Sanctuary Law Divides State In Fierce Immigration Debate A new state law took effect earlier this year essentially making California a sanctuary state. It has split parts of the state into cities that comply with the law and those that are defying it. 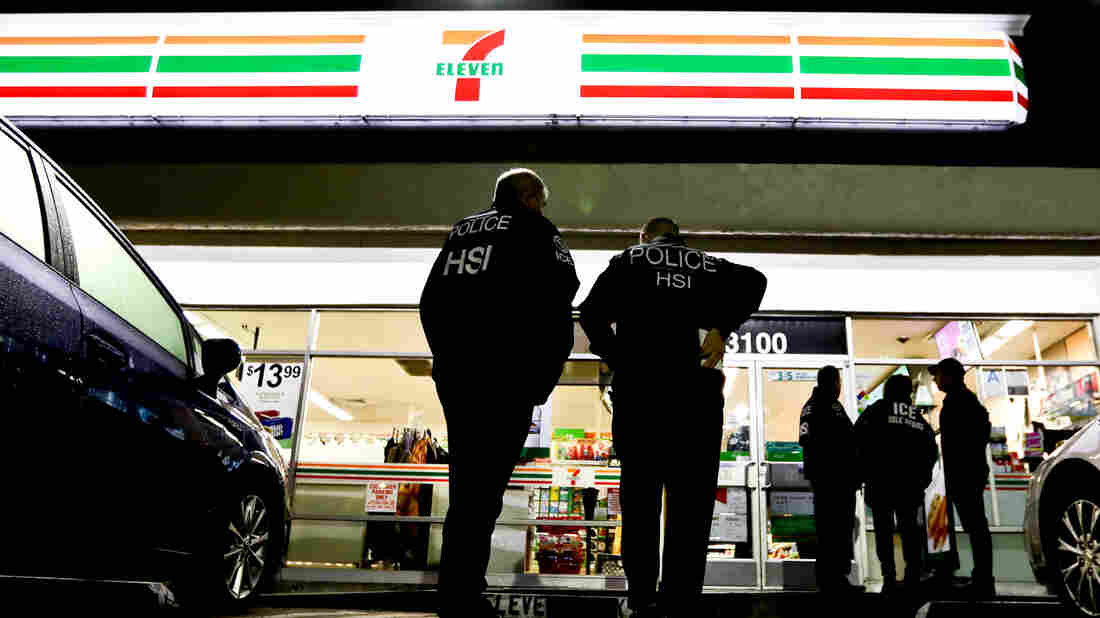 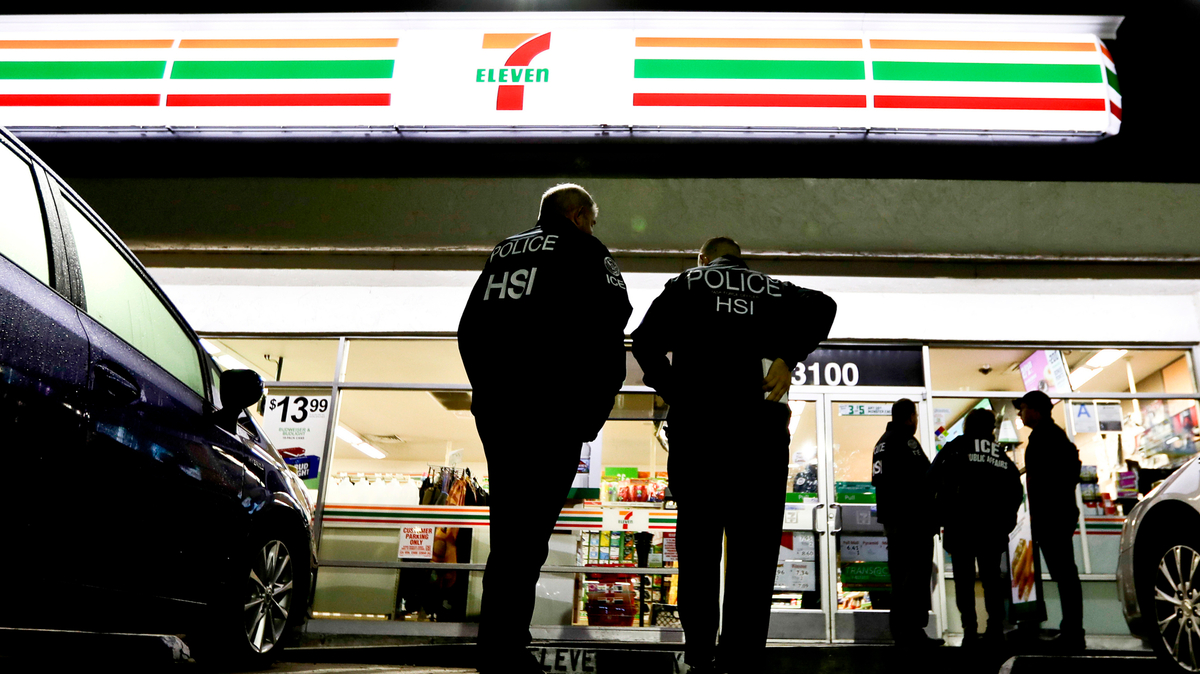 In California, a new state law that took effect earlier this year is pitting cities against each other in a fierce debate over immigration.

SB 54, called the California Values Act, essentially makes California a sanctuary state by limiting how much local law enforcement can cooperate with federal authorities to enforce immigration law. It has divided the state, with some cities embracing the sanctuary law and other cities actively defying the state.

"This is an issue that I take very personally because I am the youngest child of a single immigrant mother with a third-grade education," says state Sen. Kevin de León, who wrote the law. "I wanted to make sure that our local police officers, our sheriffs, were not a cog in the Trump deportation machine, separating innocent mothers from their children and children from their fathers."

Cities that are complying with California's sanctuary law argue it is not up to local police to enforce immigration law, says David Benavides, a member of the city council in Santa Ana, one of several cities in California's Orange County embroiled in this debate.

"If you quote-unquote broke the law by coming to this country to work where there's work aplenty, that's not something that I see that the city should be looking to arrest somebody for," he says.

But the Trump administration has sued California, claiming the law violates the Constitution and puts police officers and the public in danger. At least 14 California cities also have joined the sanctuary revolt. The legal battle kicked off in the small Orange County city of Los Alamitos, which voted to opt out of the law in March.

The American Civil Liberties Union sued Los Alamitos in response, writing in its lawsuit that "California law does not allow local officials to unilaterally declare a state law unconstitutional and decline to follow it on that basis."

"This is really about rule of law and about local control," he says. "When you look at this, it's really the difference between the boundaries of separation of powers between local jurisdiction, state jurisdiction and federal."

Supporters of the sanctuary law say that without this policy, immigrants are less likely to report crimes in their community because they fear deportation. Santa Ana Police Chief David Valentin says the law is helping police build trust with the community.

"I think some people misinterpret 'sanctuary' for being soft on crime or looking the other way. That's not what it is," he says. "We respond to criminal behaviors, irrespective of your status."

Zito says the law is complicating investigations into serious crimes such as human trafficking, and he argues that his division of ICE has become collateral damage in a political battle over the country's broken immigration system. In June, a group of HSI special agents sent a letter to Homeland Security Secretary Kirstjen Nielsen asking to separate HSI from ICE.

"I feel that this has become a political issue, and it really should be a nonpartisan issue, and it's a public safety issue," Zito says. "We help immigrants more than any other agency that I'm aware of. A lot of these immigrants that come across illegally are abused. We go after the bad guys that are terrorizing these people when they're coming up here. We're talking about criminal organizations that are doing this."

Don Barnes, the undersheriff of Orange County, agrees with Los Alamitos that the state law is hurting those it aims to protect. Prior to California's sanctuary law, the Orange County Sheriff's Department always cooperated with federal immigration authorities, he says. But now that they can no longer share information, criminals are being released back into the community when some of them would be detained by ICE for their immigration status.

"It's just that small population of inmates who ICE has said they want that we can no longer communicate. If we can't communicate, we release them back into the community," Barnes says. "I know it is making the community less safe. A lot of the individuals who are arrested are being returned to the communities in which they originally preyed upon."

Officials in Los Alamitos also are facing criticism that the decision to opt out of the sanctuary law is anti-immigrant or racist, but Edgar, the mayor, says that's not true. His wife is an immigrant who came to the U.S. legally after the Shah of Iran was overthrown in the late 1970s.

"She basically had to get asylum in Paris for two years and wait, in turn, to get into the United States," Edgar says. "And so, that is the way immigration should work, and I don't have anything but love for immigrants."

But other cities in California see it differently. Santa Ana declared itself a sanctuary city before the state passed its sanctuary law. Benavides, of the Santa Ana City Council, says immigration law directly impacts Santa Ana, which is 78 percent Hispanic or Latino with more than 45 percent of residents born outside of the U.S., according to the U.S. Census. In contrast, Los Alamitos is 64 percent white and almost 24 percent Hispanic or Latino.

"We believe in the dignity of all people," he says. "There was no need for the city of Los Alamitos to take the position that they did other than to send a political message. Them and other cities like them [sic] are wanting to send the message that California is not welcoming of immigrants."

Part of the problem is that the issue has become too political, says Barnes, the Orange County undersheriff. The rhetoric from both sides is making it more difficult for law enforcement do its job.

"It's like two divorced parents that are getting pulled in both directions," he says. "We need to stop these extreme, fringe politics and focus on what we're obligated to do in law enforcement. That's providing the public's safety, regardless of what one's immigration status is."

The sanctuary-state law is not on the ballot in the November midterms, but its author, de León, is running against fellow Democrat Dianne Feinstein for her Senate seat. When Feinstein started her Senate career in the 1990s, she promised to stop illegal immigration. Now, her message has changed: She opposes the Trump administration's plan to cut off federal funding to sanctuary cities.