Accessibility links
It's Legal. In Canada, Recreational Marijuana Gets Green Light Pot sales begin today in Canada, which is only the second country after Uruguay to legalize the drug for recreational use. 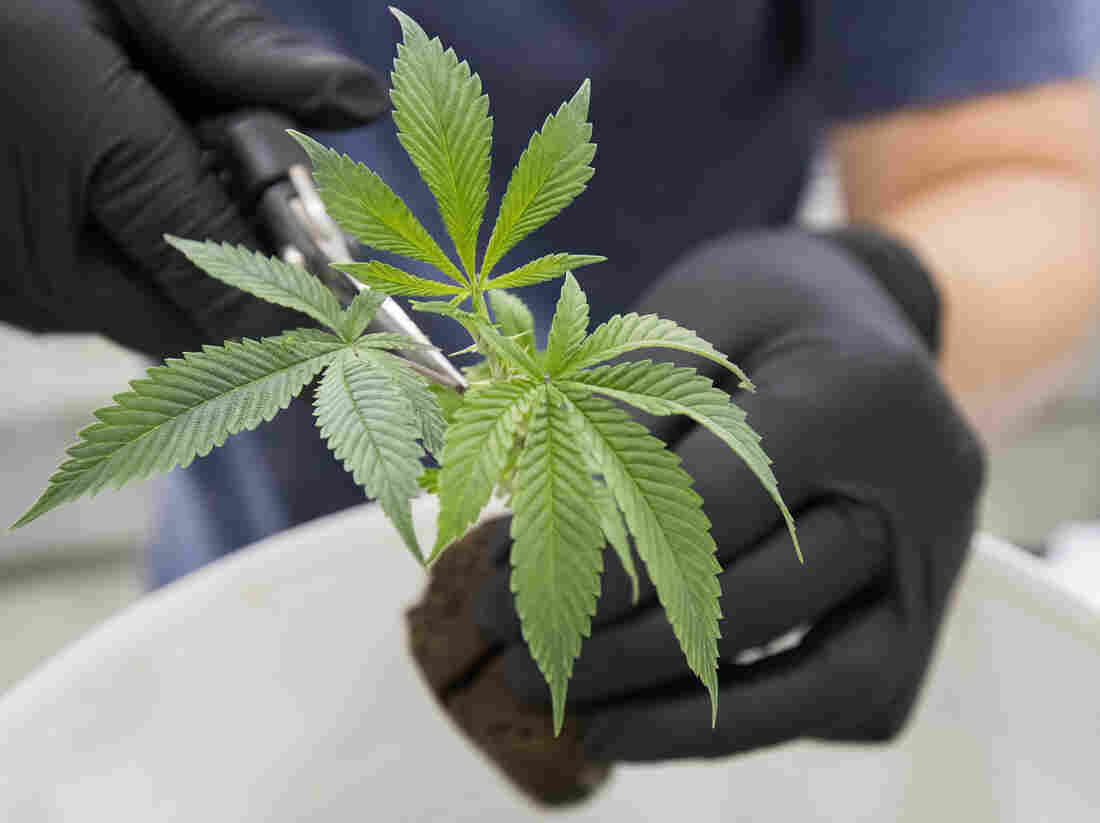 A planter trims medicinal marijuana plants in Ontario in 2016. After months of preparation, Canada legalized recreational use of the drug on Wednesday. Lars Hagberg/AFP/Getty Images hide caption 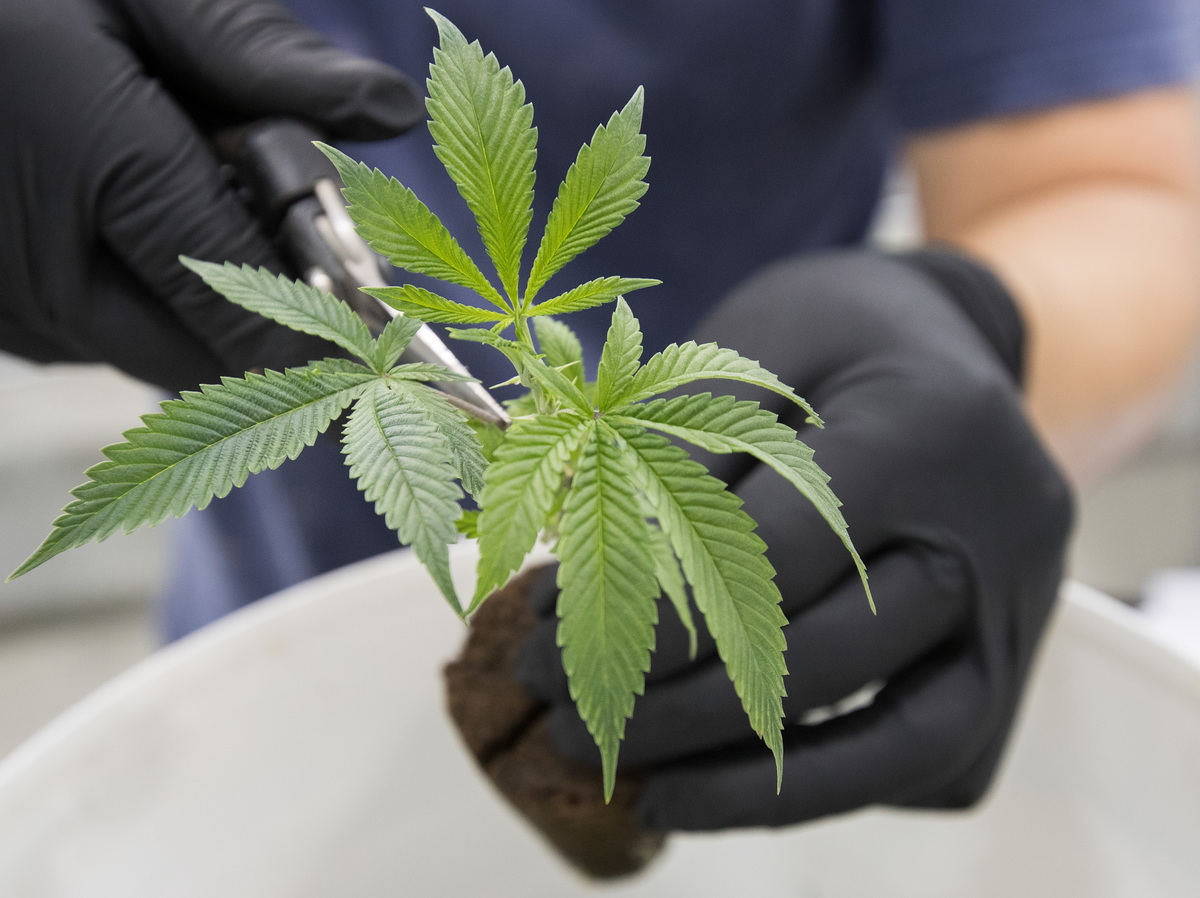 A planter trims medicinal marijuana plants in Ontario in 2016. After months of preparation, Canada legalized recreational use of the drug on Wednesday.

Starting Wednesday, the sale of recreational marijuana begins in Canada following a law passed over the summer.

The law says anyone in Canada over the age of 18 is allowed to possess marijuana, provided it's less than 30 grams — just over an ounce. Canadians can also grow up to four marijuana plants in their home and buy from a provincially regulated retailer.

The country had months to prepare for the law's launch. The House of Commons and the Senate approved legalization in June, and later scheduled the law to go into effect on Wednesday.

Keeping the drug illegal in the years prior "has allowed criminals and organized crime to profit, while failing to keep cannabis out of the hands of Canadian youth," the government said in a news release last year. The Canadian Department of Justice says historically, the majority of police-reported drug offenses have involved marijuana.

It’s been too easy for our kids to get marijuana - and for criminals to reap the profits. Today, we change that. Our plan to legalize & regulate marijuana just passed the Senate. #PromiseKept

The government of Canada will oversee production and manufacturing of the drug. Provincial and municipal governments have control over wholesaling, and will also be able to set laws on public consumption.

In provinces without a regulated retail framework, Canadians can purchase marijuana online from a federally licensed producer with "secure home delivery."

McLellan added that early tax revenues from generated cannabis sales will be used to research addiction treatment, for mental health resources and treatment, and for public education about the drug.

"We heard when we visited states in the U.S. that have legalized [marijuana], it's really important to get out and educate your public," she said.

McLellan said the government's early estimates of use in the country of 36 million ranges from 650,000 to 900,000 tons on an annual basis. A report by Deloitte estimates the Canadian marijuana market will pass $7 billion by 2019.

"I do believe that the government of Canada is ready," McLellan said.

Prime Minister Justin Trudeau told reporters last week that he would look into pardons for Canadians convicted of cannabis possession. Prior to the new law, simple possession of the drug was punishable by fines of up to $1,000 and six months in prison.

Canada is only the second in the world to legalize recreational use of the drug. Uruguay became the first in 2013.