Accessibility links
At Least 20 People Killed In Attack At School In Crimea Authorities say an 18-year-old student went on a shooting rampage and then killed himself. An explosion also reportedly went off in the school's cafeteria.

At Least 20 People Killed In Attack At School In Crimea

At Least 20 People Killed In Attack At School In Crimea 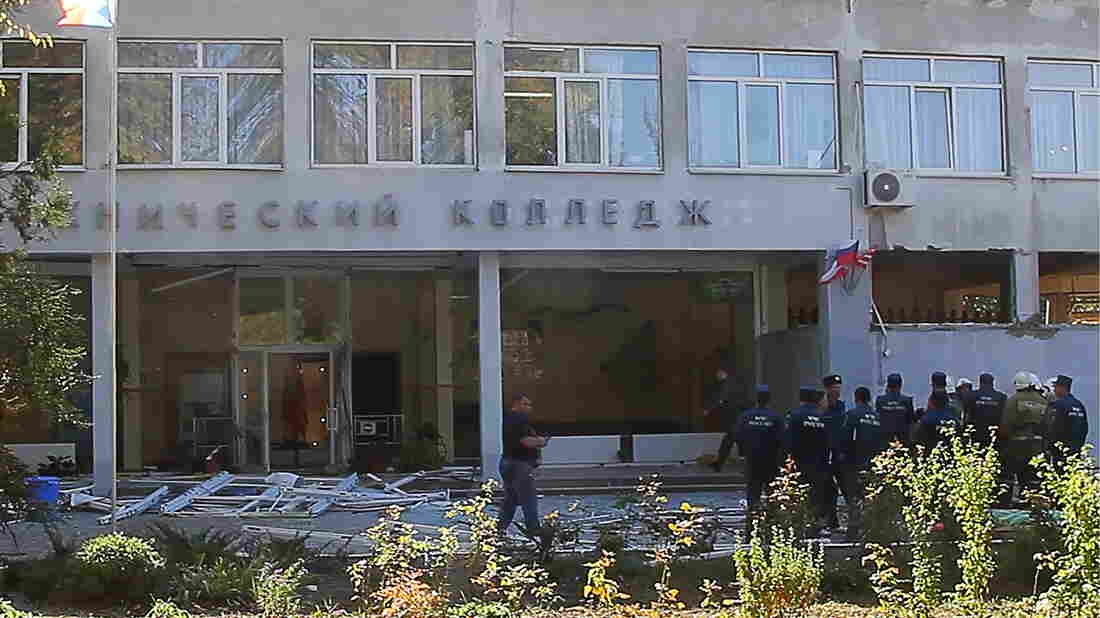 Gunfire and an explosion rocked a technical school in Crimea on Wednesday. At least 17 people were killed and 40 others were wounded in the attack, reports said. TASS via Getty Images hide caption 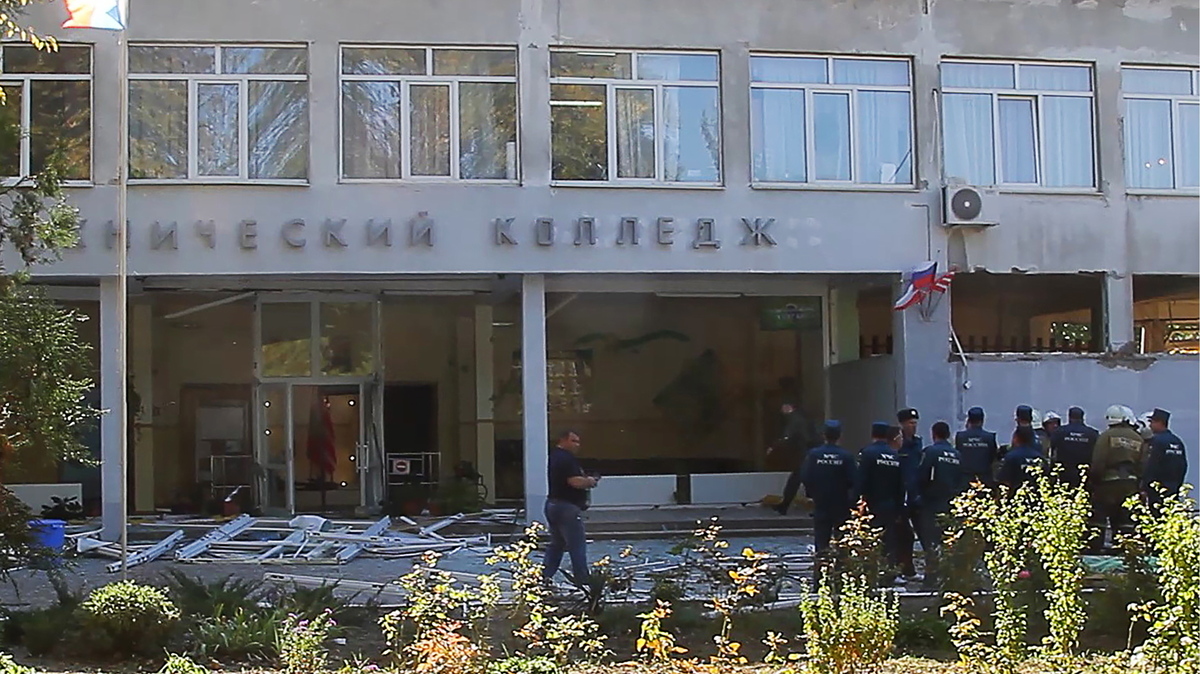 Gunfire and an explosion rocked a technical school in Crimea on Wednesday. At least 17 people were killed and 40 others were wounded in the attack, reports said.

A student went on a shooting rampage and then shot and killed himself at a technical school in Crimea, which also was hit by an explosion, Russian authorities said Wednesday.

At least 20 people were killed and 50 injured in the gunfire and the blast, which officials told Reuters went off in the school cafeteria. Ten of the injured were in grave condition, Russian news agency TASS reported.

The suspect was identified as 18-year-old Vladislav Roslyakov, a fourth-year student at the school, according to a spokeswoman for Russia's Investigative Committee.

"The suspected attacker shot himself," Crimean leader Sergei Aksyonov was quoted as saying by TASS, adding that Roslyakov was from the area. "His body was found in the library on the second floor."

A spokesman for the National Anti-Terrorism Committee said bomb technicians were examining an explosive device found at the scene.

Many of the victims were teenage students at the school, the Associated Press reported. The attack reportedly began with an explosion, followed by additional blasts and then gunfire, according to Reuters.

"There are bodies everywhere, children's bodies everywhere," the school's director, Olga Grebennikova, told Crimean news outlets, Reuters reported. "It was a real act of terrorism. They burst in five or 10 minutes after I'd left. They blew up everything in the hall, glass was flying."

At a news conference in Moscow, Russian President Vladimir Putin said investigators were working to determine a motive for the attack, which was the most deadly by a student in Russia, the AP reports.

"The motives and theories of this tragedy are thoroughly investigated," Putin said. "The public will be informed about the results of this effort by the law enforcement agencies and special services."

"Putin, who was meeting with his Egyptian counterpart, Gen. Abdel-Fattah el-Sissi, held a moment of silence and expressed his condolences to the families of victims.

"School shootings are rare in the former Soviet Union due to tough gun laws, but Crimea became heavily militarized after Russia seized the peninsula from Ukraine in 2014.

"Russia annexed Crimea after occupying it and holding a referendum that few countries have recognized."