Accessibility links
Review: Roseanne Barr Is Gone, But 'The Conners' Go On And On The first episode of the post-Roseanne era of the Roseanne revival struggled to make its jokes land, but it proved that there's plenty of story there to make a good show.

Without Roseanne, 'The Conners' Go On

Without Roseanne, 'The Conners' Go On 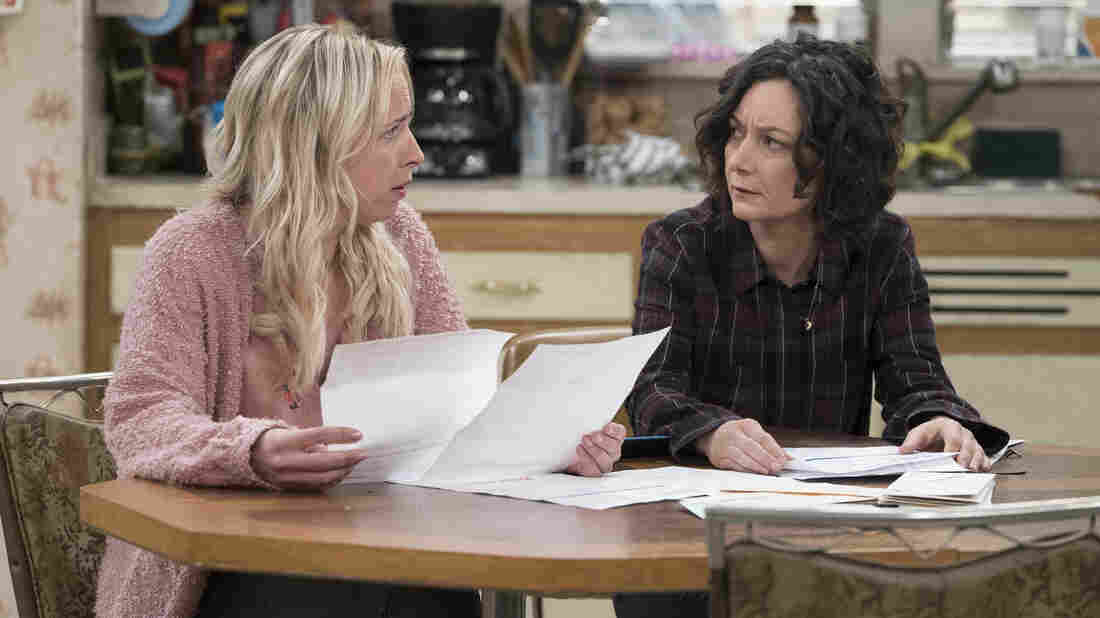 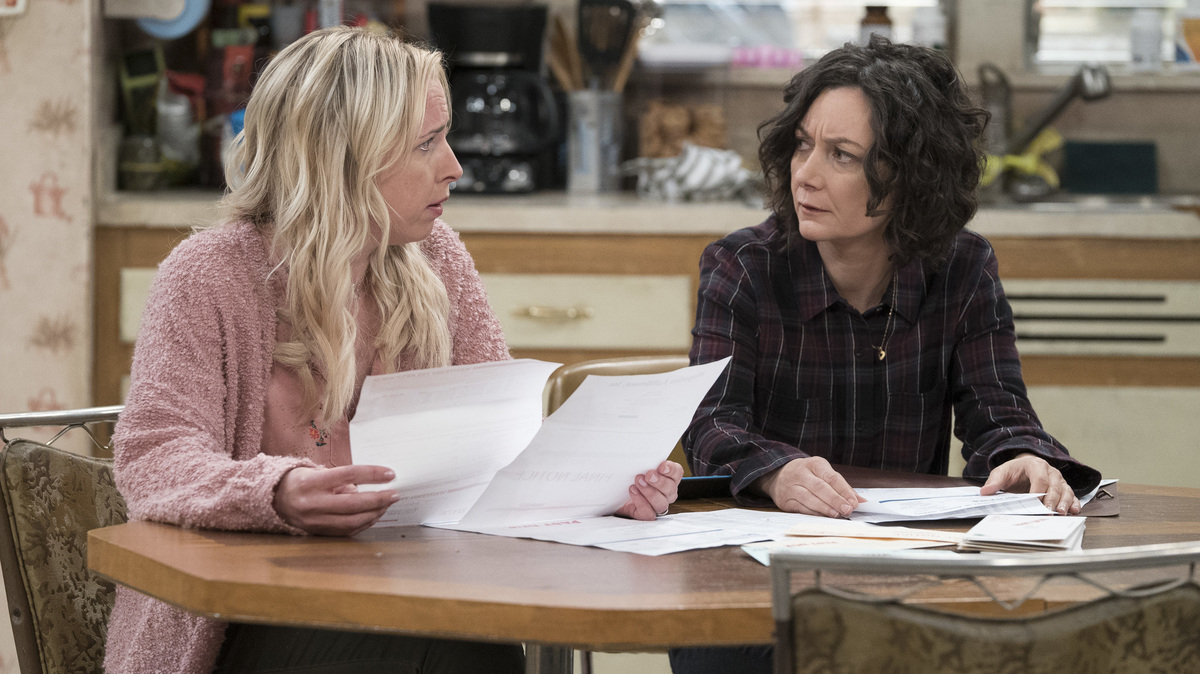 Alicia Goranson and Sara Gilbert play Becky and Darlene on ABC's The Conners.

But there are those whose interest will depend on how the show itself is working as of the premiere, and to them, I say that the answer is: hit and miss. (And I also say: here there be "spoilers," by which I mean descriptions of what happened on the episode I'm reviewing.)

Roseanne and What's Making Us Happy

Even Without Roseanne, 'The Conners' Provides Audiences A Reason To Watch

Surprisingly, the misses are largely in the department of comedy. There are some very clumsy jokes in this first half-hour as the writers try to balance the (not really that surprising) news that Roseanne Conner has died with the need to get at least some laughs out of it. Dark comedy around death was actually a strength of the old Roseanne. (Please behold the greatness of Laurie Metcalf screaming "DAD'S DEAD!") But here, there's an early struggle for footing — with the comedy MVP being Alicia Goranson, whose take on the self-involved adult Becky remains strong.

The character of Geena, DJ's wife (now played by Maya Lynne Robinson, who replaces Xosha Roquemore, seen once last season via Skype), was introduced without much context. We didn't see her with DJ very much, so what we know of her remains more told than shown. She quickly was tasked with making jokes about how Darlene needs to find Jesus, a scene that didn't work at all. Obviously, the idea is that the family knows her — although it appears that they've spent little time with her because she's in the military — but the audience doesn't. And fleshing out her character by having her lecture Darlene about religion, with jokes that were pretty watery, wasn't the best way to serve the actress or the story.

But Roseanne was always more than just funny; it dealt with family and conflict and relationships. And there, the first episode of The Conners excels. The news that Roseanne did not die of a heart attack as the family had believed, but instead died of an opioid overdose (the result of the addiction to painkillers the series began to explore last season), hits everyone hard. No one harder than Dan (John Goodman), who believed he had successfully cleaned the pills out of the house and is heartbroken to learn Roseanne was still getting them — and hiding them from him.

There's also a delicate scene between Darlene (Sara Gilbert) and Jackie (Metcalf) that suggests that while they're grieving, they're also trying to forge a bond with each other. And maybe, they're hoping that bond will be healthier than the one either of them sometimes had with Roseanne herself. There are hints of great stuff to explore here about Darlene's dueling desires to turn into the best parts of her mother and to avoid turning into the worst parts of her mother. And Jackie has, indeed, always seemed overly dependent on Roseanne's family to give her a personal life, and her determination to rearrange the kitchen is just the right way to visualize it, although the moments where they wanted that development to be funny were, again, not really successful.

It's hard to say what the future holds for this family from a narrative perspective; it's hard to know how much of this season the writers intend to devote to grief. There's certainly enough story with these characters to make a terrific show. But it needs to be funnier, or it won't survive as a comedy.