Accessibility links
A Family In Quiet Crisis Gathers To Assess 'What They Had' — And What They've Still Got In her debut feature, writer/director Elizabeth Chomko brings fresh insight — and a stellar cast — to the "dysfunctional family" subgenre; the result is "funny and sad, but never mawkish." 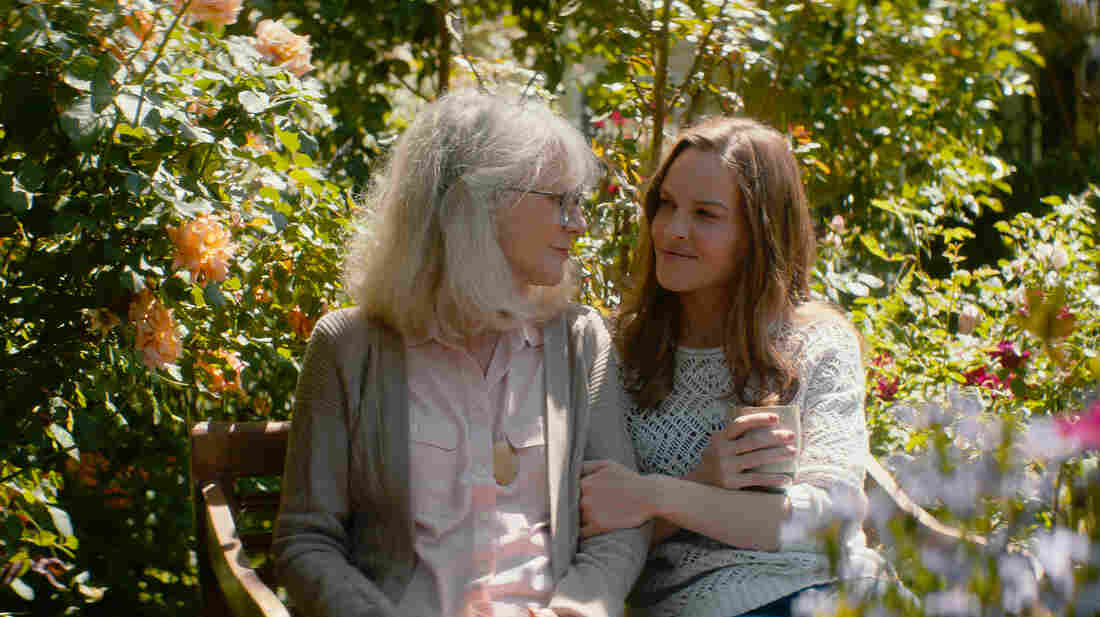 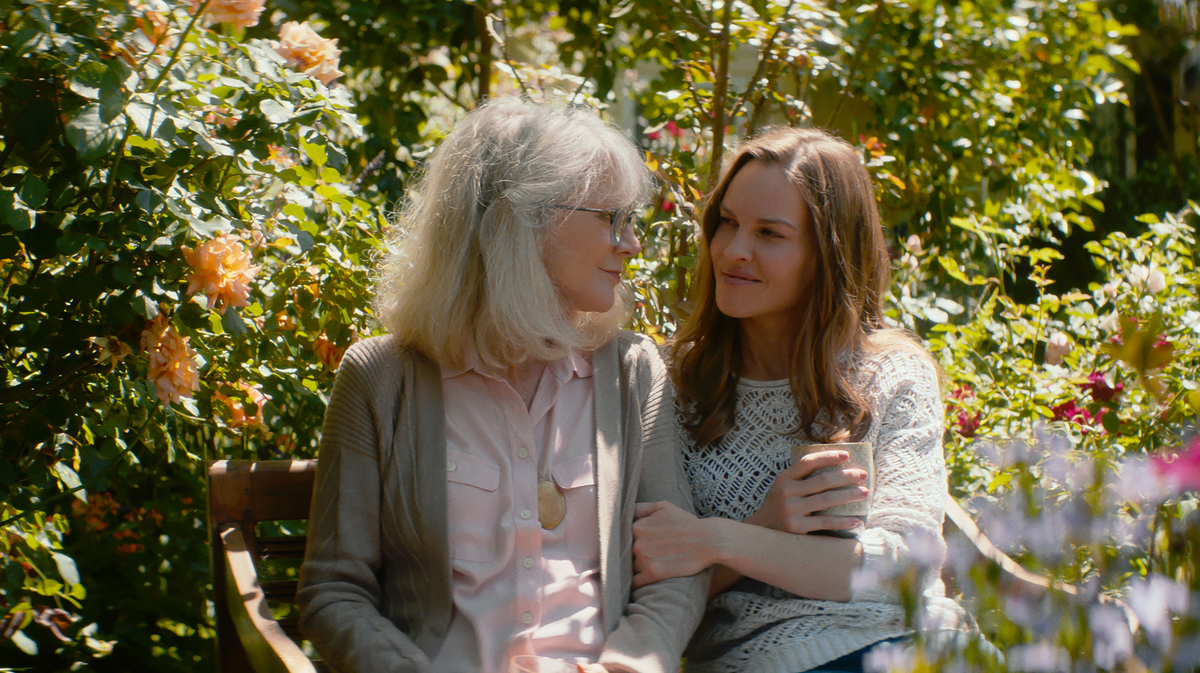 Ruth (Blythe Danner) and Bridget (Hilary Swank) share a moment in writer/director Elizabeth Chomko's intimate family drama, What They Had.

'Tis the season, in movie-world, to run the family-dysfunction tape on a loop. If you tire easily of snickering variants on Home For the Holidays, let me recommend What They Had, a finely textured family drama deceptively wrapped in that overworked subgenre. I doubt writer-director Elizabeth Chomko even thought of building her impressive debut feature around the reductive term "dysfunction," a noxiously bullying word that feeds the fantasy of a smoothly operative family somewhere out there in Perfectsville, where none of us lives.

Chomko brings sympathy, tender goofiness and a fine sense of wintery place to the predicament of a Chicago family struggling through a worsening crisis as its matriarch, Ruth (Blythe Danner) sinks further into Alzheimer's disease. Actually she neither sinks nor disappears — not really. Seeded by Chomko's own grandmother's slide in and out of dementia, this familiar setup has the intimate, lived-in immediacy of autobiography. The mood is funny and sad but never mawkish, and Danner, clearly relishing the opportunity not to have to serve up yet another tastefully garbed maternal super-WASP, renders the still sprightly Ruth with a nice edge of antic, like a slightly tranquilized Anne Meara.

Ill or not, Ruth remains an indomitable soul even when she's hazy about her relationship to the family members gathering in the home she shares with her husband, Burt (Robert Forster). A plainspoken Midwesterner to his core, the devoted but irascible Burt bristles at the suggestion that it may be time to move Ruth into assisted living, a proposal tendered in vastly different registers by his children, Bridget (Hilary Swank), an unhappily married Californian chef who has power of attorney for her parents, and Nicky (Michael Shannon), a blustery bar owner who chafes at the everyday grind of caring for their parents. At the outset Bridget is tactful and compliant; Nicky's a shouter. Burt digs his heels in; Ruth wanders the snowy streets in her nightie. Along for the ride is Bridget's daughter (Taissa Farmiga), in full flight from the college life her working class family so prizes.

A powder keg waiting to blow, the family fights over old history and fresh trouble, with home-movie footage reliably flashing back to what they had in (possibly) happier days. So far, so by the book. But Chomko, expertly handling her jewel of an ensemble, resists devolving the action into runaway farce or tragedy. If on paper these seem like stock characters checking the usual boxes of domestic dramedy — divorce, parenting, sibling rivalry, aging and illness, the legacy of the overbearing patriarch — Chomko refreshes the formula with vividly grounded writing that never forces her actors to summarize where they've been, emotionally speaking, or where they're going. "Just don't get how you get," Bridget chides her brother, in the shorthand of adult siblings regressing into childhood squabbles.

Everyone goes a little bit gaga as, individually and collectively, this family melts down in slow increments of repressed anger, pain, and haplessness as they inch toward reassessing a well-worn groove of power and rebellion none of them has ever paused to comprehend because they've been so busy coping in the moment. If there is inspirational growth here — and there is — no one goes all I-can-see-clearly-now on us. The small but significant shifts that bring them more in sync come to a head in a lovely grace note when Nicky slowly, carefully mixes a Manhattan for his father. Burt responds in Burt-fashion, only with a healing difference that tells us this family isn't failing. It's trying, which may be as good as family gets.