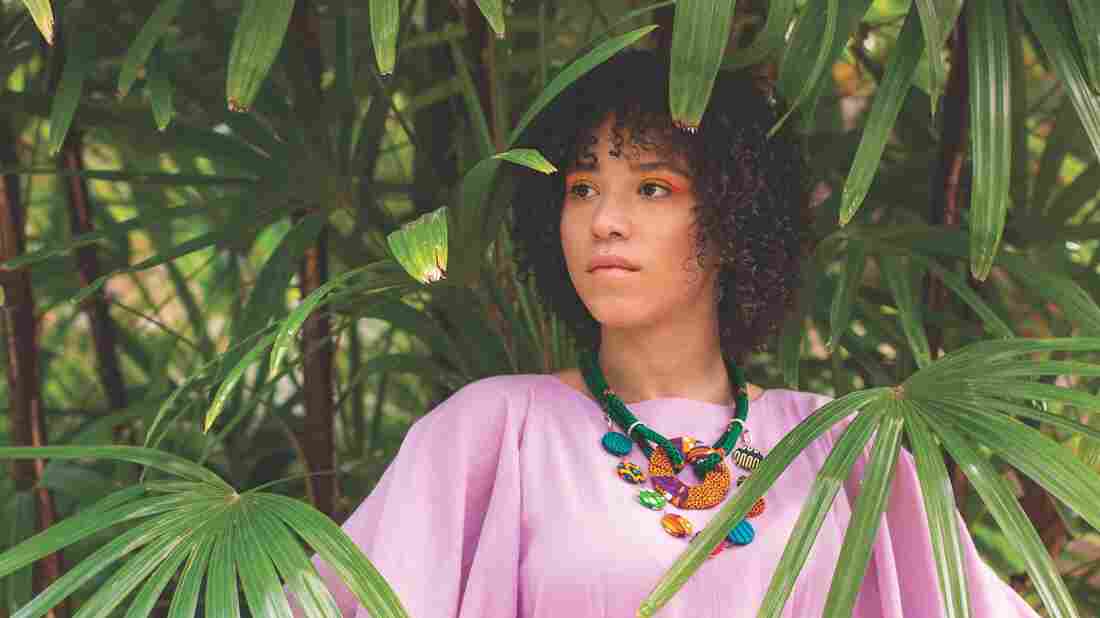 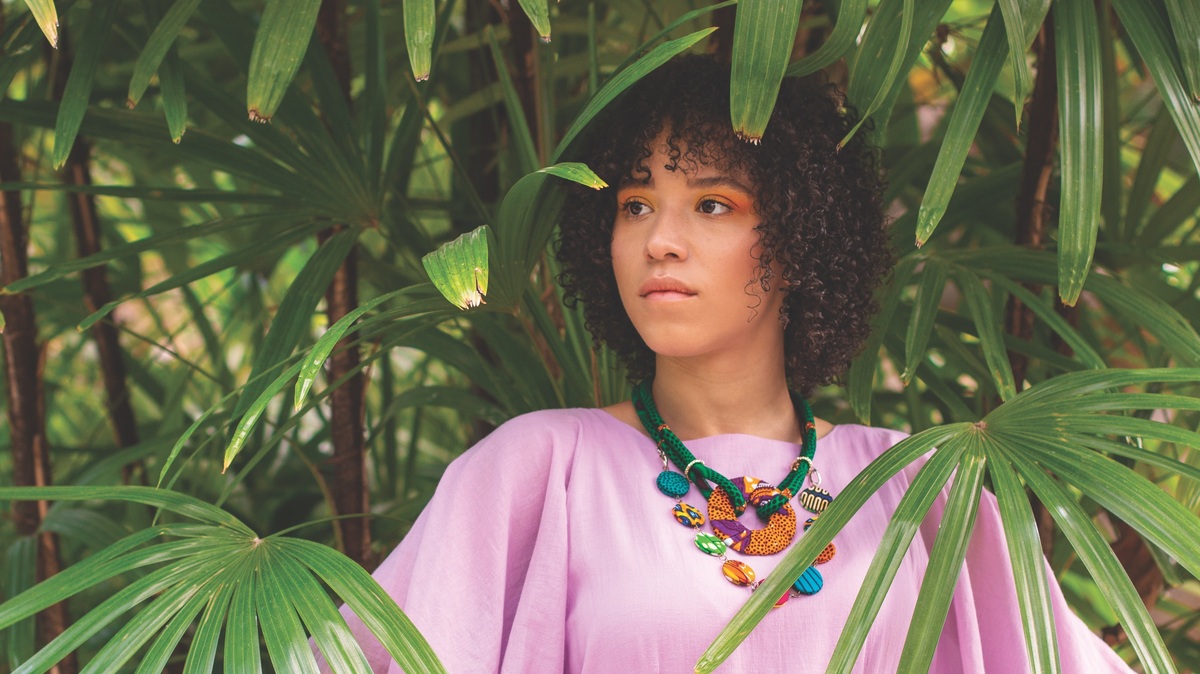 Folk music can offer its performers and listeners a sense of sturdiness, of grounding, of being tethered to an established, easily traceable lineage. Kaia Kater puts folk's connective potential to a more imaginative test on her wholly immersive new album, Grenades.

During her formative years, the 25-year-old Grenadian-Canadian singer-songwriter worked at reconciling her interest in the banjo and folk festivals run by her mother with her affinity for hip-hop compilations made for her by her father. She visited his side of the family back in Grenada, served as an ambassador for Appalachian old-time music on the behalf of a West Virginia college, and toyed with applying traditional templates to the writing of original material. All the while, Kater's awareness that she was complicating, even destabilizing, notions of cultural heritage sharpened. "Like many people, I have felt alone and out of place for most of my life, stumbling forward blind and rootless," she reflects in the liner notes for her new album. "I wrote Grenades to trace the life line from my palm and find my way home." 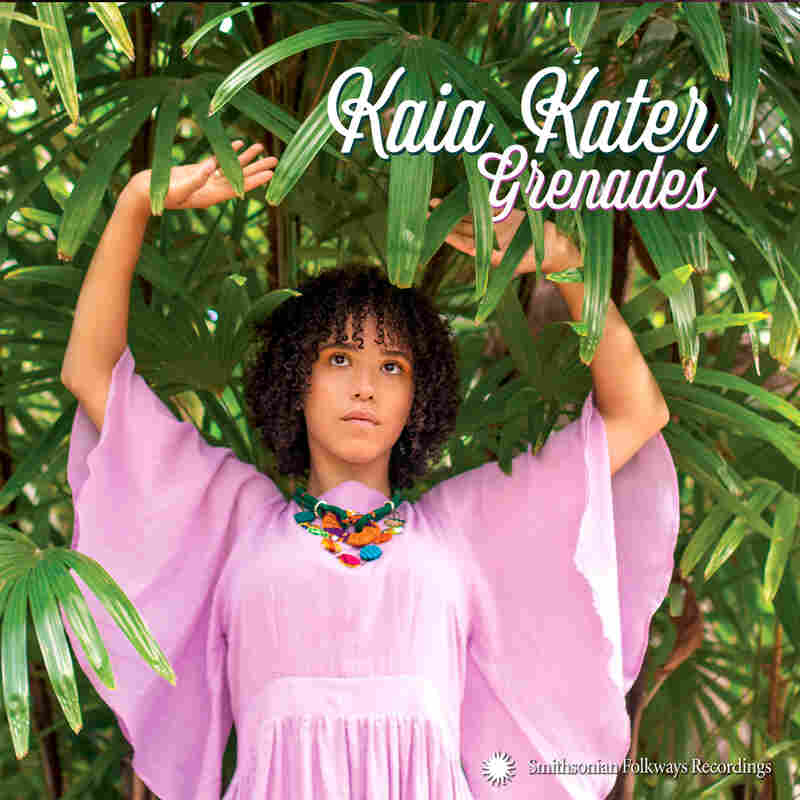 Kater drives home how sinuous that life line is by taking liberties with song forms, the sense of place and the role of her primary instrument. The songs contain none of what we'd think of as linear narrative. That's supplied only by spoken interludes drawn from home recordings of her dad, Deno Hurst. She got him to recount being exhilarated by the socialist revolution in Granada as a kid, then terrorized by the subsequent U.S. invasion of the island, and eventually growing desperate enough to leave behind everything he knew and start a new life in Canada at age 14.

She has ways of invoking the past that are more impressionistic but no less affecting. In the dusky soul-jazz title track, her phrasing flits over a woozy, swinging groove. Musically, it's supper club fare, its silky, sensual sound persuading listeners to let down their guards, but the lyrics imagine her father's jarring experiences when military force intruded upon his childhood. Here and elsewhere, Kater favors vivid, sensory images and poetic language; she's meditating on the ways that bodies absorb, carry and transmit memory.

Kater has crafted some lovely, contemplative melodies, like those that drift through the choruses of "New Colossus" and "Meridian Ground." She's also worked with producer Erin Costelo and guitarist Christine Bougie to frame her compositions in sumptuous tranquility that recalls Laurel Canyon folk and '70s soft country, not to mention the ethereal solo output of Daniel Lanois and Aöife O'Donovan, both of whom Kater has named as reference points.

The frailing style of banjo playing for which she's known tends to have a cantering rhythmic pattern and a bristly texture, even in the hands of someone with as elegant a touch as her. But during the chorus of "Heavenly Track," her banjo is awash in pearly, elongated arcs of lap steel. During "Canyonland" too, her circling banjo figure dips beneath watery steel swells. Just before it submerges, she sings, "I am teetering, pacing at the edge of you, mining for a breach in your inflection."

Kater is rapt, inquisitive, straining for intimate, embodied understanding that transcends mere familiarity. "I know I know you," she insists during "La Misère," a Grenadian chant that she found in the Smithsonian Folkways Archives and adapted. "And I know you know me." She weaves a similar refrain through "Heavenly Track" and captures the disorienting sensation of alternating between closeness and distance in the lilting a cappella number "Hydrants": "Six months together and three months apart / Our cell phones, like two cups, a string and two hearts." The album closer, "Poets Be Buried," contains an especially poignant exchange. Extending the syllables at the end of each phrase like knowing sighs, she distills the wisdom and wariness that's been passed down to her and that she may someday share with offspring of her own.

"I had a daughter and I taught her all I knew. / Fight in the gutter and love the work you do. / How for to warn her of hatred hiding in the blue ... I asked my father if this is all there is. / A home that won't claim you, a country that rescinds. / You are your own saint, a center to hold, a life to live."

We're lucky that Kater's shared her fully formed vision with us, too.