Accessibility links
Former USA Gymnastics President Arrested, Accused Of Tampering With Nassar Evidence Steve Penny was arrested in Tennessee on a warrant from Texas alleging that he destroyed or hid documents related to Larry Nassar's conduct. 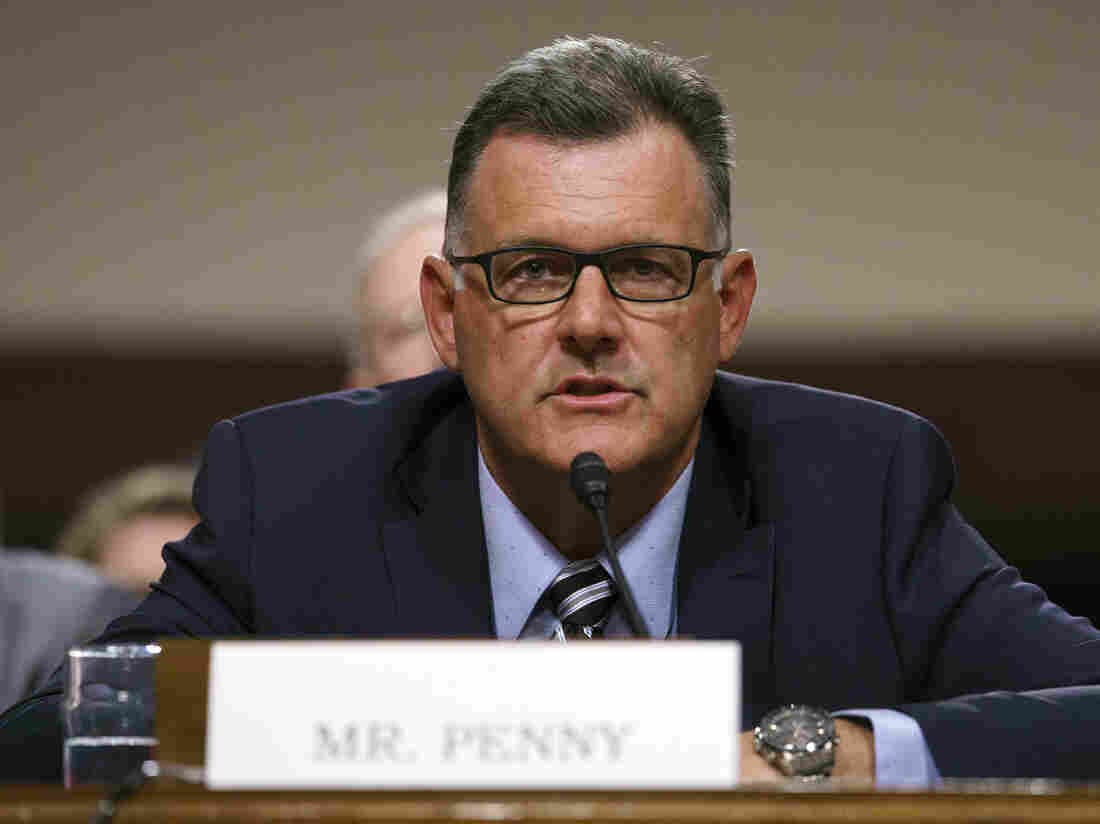 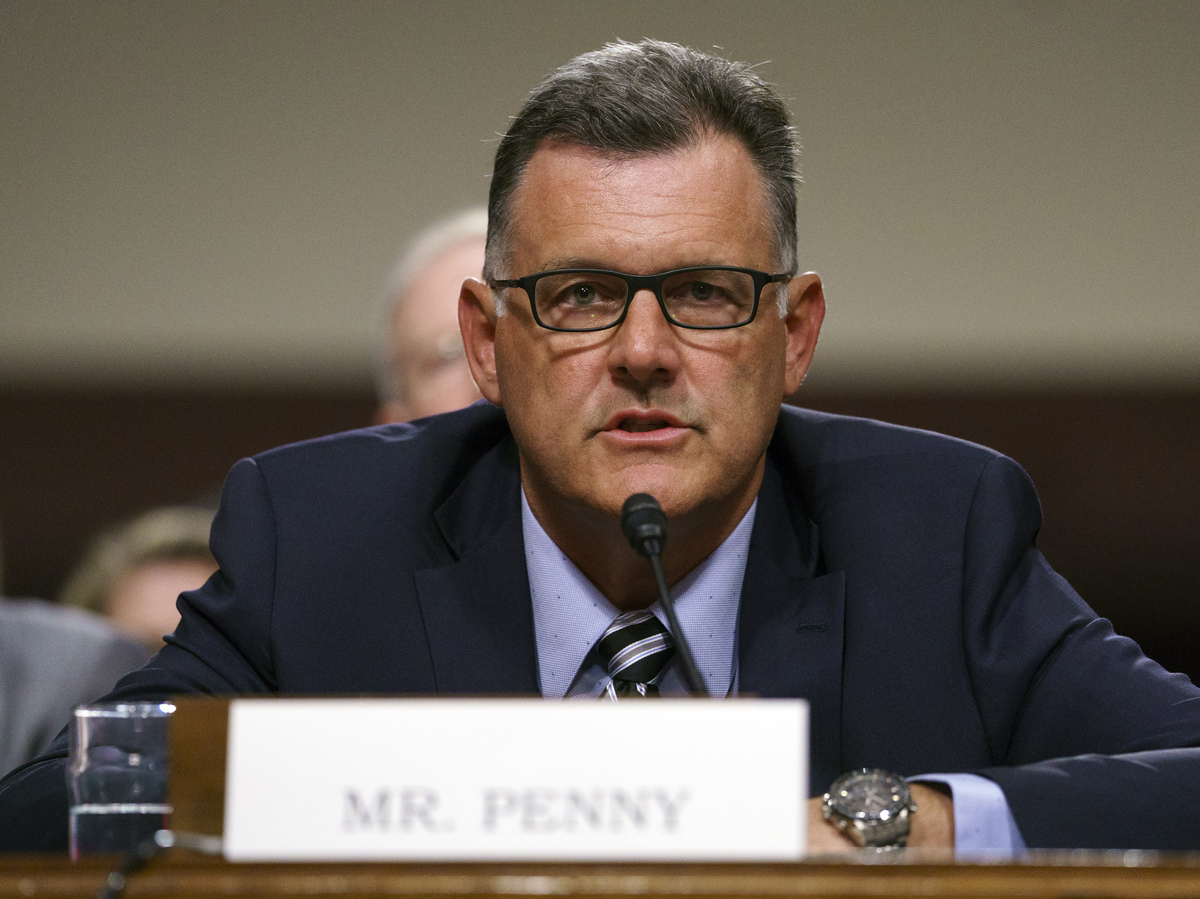 Former USA Gymnastics President Steve Penny invokes the Fifth Amendment during a hearing about Larry Nassar before a Senate subcommittee in June.

Steve Penny, the former president of USA Gymnastics who has been accused of covering up sexual abuse by sports doctor Larry Nassar, was arrested Wednesday over allegations that he tampered with evidence related to a Nassar investigation.

He was arrested in Gatlinburg, Tenn., after a Texas indictment dated Sept. 28 called for his arrest.

It is the first arrest of an alleged Nassar enabler. USA Gymnastics' leadership has faced previous allegations of both ignoring reports of Nassar's extensive sexual abuse and actively working to hide it.

The indictment by Texas authorities alleges that Penny ordered the removal of documents from the Karolyi Ranch where USA Gymnastics athletes trained in Walker County, Texas, that were related to Nassar's activities at the ranch after learning an investigation was underway.

The documents were allegedly delivered to Penny at the USA Gymnastics headquarters in Indianapolis, where he either destroyed or hid them. They have not been recovered. The Texas Rangers and the Walker County Sheriff's Office said in the indictment that the documents are "material" to their investigation of Nassar and would have aided an investigation of other offenses at the ranch.

Lawyers For Larry Nassar Say He Was Assaulted In Federal Prison

Earlier this year, Penny was dismissed from a hearing before a U.S. Senate subcommittee investigating Nassar's sexual abuse after he refused to answer questions from lawmakers, repeatedly invoking his Fifth Amendment right against self-incrimination.

USA Gymnastics reported the abuse to the FBI five weeks after a coach voiced concern to its leadership.

However, emails submitted to the subcommittee on Consumer Protection, Product Safety, Insurance and Data Security appear to show that one week before the FBI was notified, Penny ordered USA Gymnastics officials not to disclose reports of abuse.

Penny resigned from USA Gymnastics in March 2017 after initial reports alleged that the organization ignored the abuse allegations.

In the past, Penny has denied all accusations of a cover-up.

"Our clients are grateful to the Walker County DA that finally, after 3 years of waiting, Nassar's USAG and USOC enablers are finally being held to account," John Manly, an attorney who represents over 180 alleged victims of Nassar, told NPR in a statement. "Mr. Penny is currently where he belongs for his enabling a pedophile."

Penny is being held in Gatlinburg, awaiting extradition to Walker County, Texas.