Accessibility links
Key Afghan Police Chief Dies in Kandahar Shooting; Top U.S. General Escapes Uninjured Shooting broke out at the end of a meeting at the governor's palace in Kandahar on how to maintain security during in in Afghanistan's upcoming parliamentary elections. 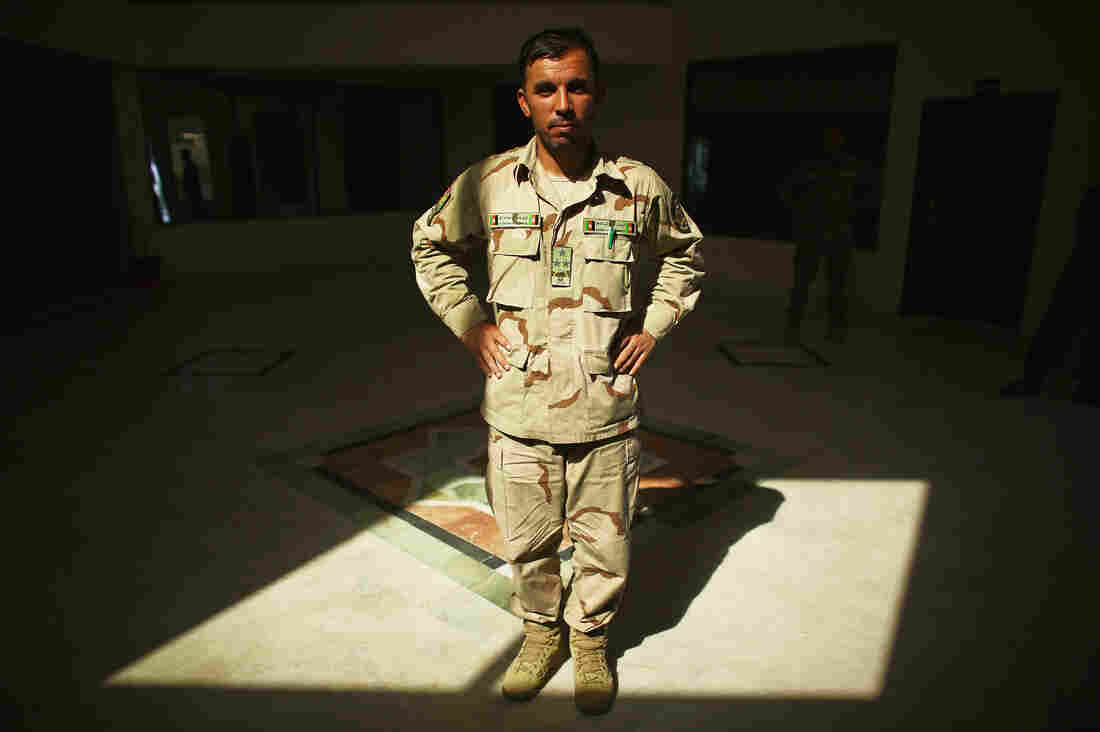 As head of the police in Kandahar, Lt. Gen. Abdul Raziq was credited with bringing more security to the southern Afghan city. Raziq died in an attack Thursday; he's seen here in a photo from 2015. David Gilkey/NPR hide caption 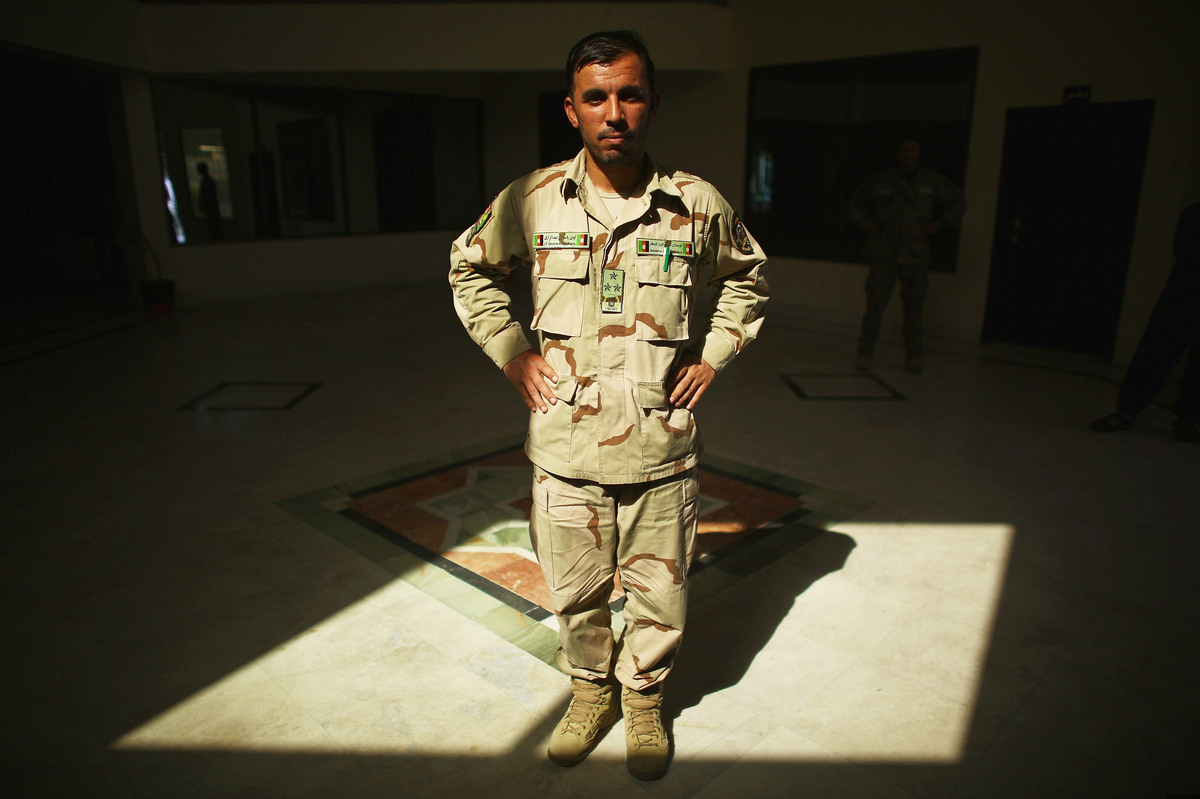 As head of the police in Kandahar, Lt. Gen. Abdul Raziq was credited with bringing more security to the southern Afghan city. Raziq died in an attack Thursday; he's seen here in a photo from 2015.

Gen. Abdul Raziq, a police leader and key U.S. ally, was killed in an attack on senior officials meeting at the governor's palace in Kandahar on Thursday to discuss how to maintain security during Afghanistan's parliamentary elections this weekend. The commander of U.S. and NATO troops in Afghanistan, Gen. Austin "Scott" Miller, escaped unharmed.

"General Miller is uninjured. We are being told the area is secure. Initial reports also say the attacker is dead," Col. Knut Peters, a Resolute Support mission spokesman, wrote in an email to NPR.

Three Americans — one serviceman, a civilian and a military contractor — were wounded in the crossfire after gunfire erupted at the palace, Peters said. Details about their condition wasn't immediately available.

"The Taliban have claimed responsibility for the attack, which killed powerful provincial police chief Abdul Raziq," Jennifer Glasse reports from Kabul for NPR's Newscast. "He was seen as crucial to the security of Kandahar, the birthplace of the Taliban where the group continued to have a presence. Raziq was also criticized for alleged torture and running illegal prisons."

Raziq, 39, had survived dozens of attempts on his life. As Glasse reports, he "was criticized for alleged torture, and running illegal prisons but admired for bringing security to the birthplace of the Taliban."

In addition to Raziq, intelligence chief Abdul Momin was also killed in the attack, Glasse reports, citing Kandahar's deputy governor, Agha Lala Dastageri. There are also reports that the region's provincial governor, Zalmay Wesa, has died of wounds suffered in the attack; Dastageri would neither confirm nor deny those reports to NPR.

NATO called it an "Afghan-on-Afghan" incident, while The Associated Press reported that the Afghan officials were "killed by their own guards."

Multiple news outlets describe the attack starting as Miller was heading to his helicopter after the meeting.

The violence struck one day after a bomb killed politician Abdul Jabar Qahraman — the 10th candidate to die in the past two months, Al Jazeera reports. That attack, in which an explosive was reportedly planted in Qahraman's office in Helmand province, was also claimed by the Taliban, which is boycotting the parliamentary elections.