Accessibility links
Scientists Learn To Hear The 'Songs' Of Ice Shelves Scientists have found a new way to analyze the structural integrity of ice shelves at the end of the world, through the songs the winds sing on top of them.

Scientists Learn To Hear The 'Songs' Of Ice Shelves

Scientists Learn To Hear The 'Songs' Of Ice Shelves 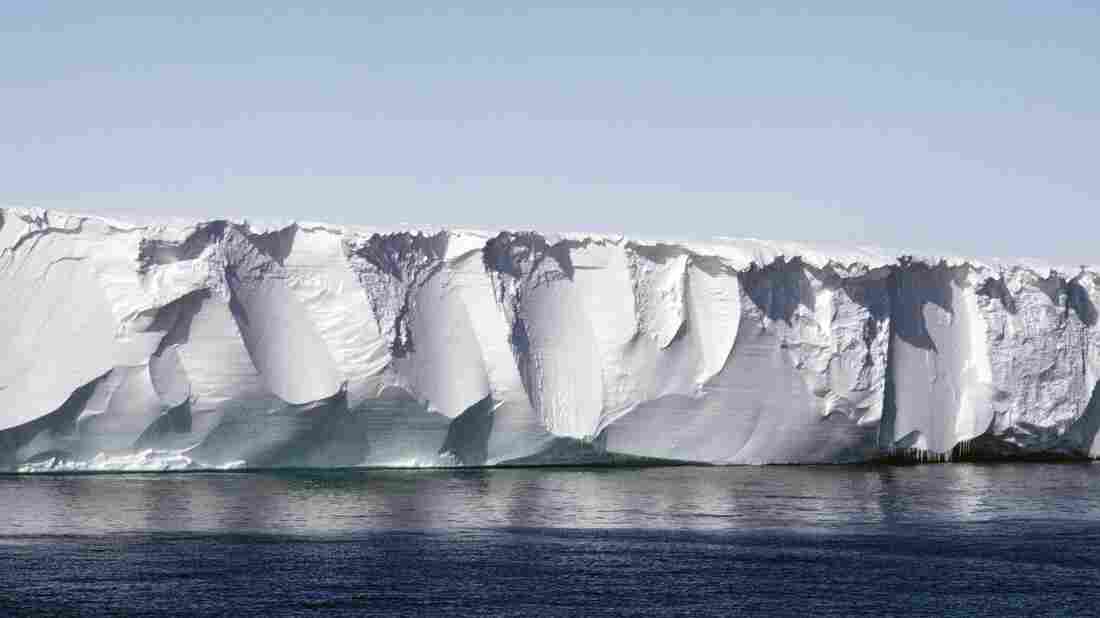 The Ross Ice Shelf, photographed in 2003. Researchers found that by monitoring the seismic effects of wind on the surface of a shelf, they could gain insight into its structural integrity. De Agostini Picture Library/De Agostini/Getty Images hide caption 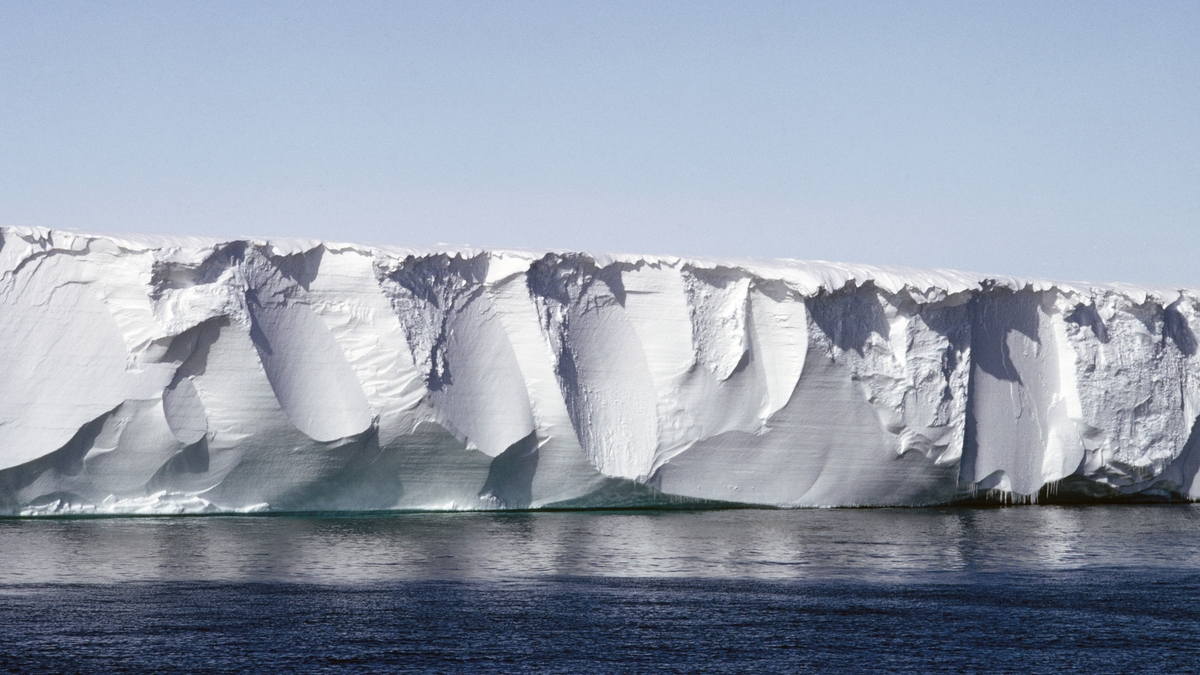 The Ross Ice Shelf, photographed in 2003. Researchers found that by monitoring the seismic effects of wind on the surface of a shelf, they could gain insight into its structural integrity.

The "whistling" of the Ross Ice Shelf, Antarctica's largest, is beautifully eerie. It's also potentially a divining rod for changes to shelves' composition that can be monitored in real time.

Listening to it, the opening moan of Fever Ray's song "If I Had A Heart" comes to mind, or the dramatic composition Inuksuit from John Luther Adams:

To arrive at their new recording, twelve scientists working on the ice shelf burrowed 34 tools for measuring seismic activity into it, expecting to monitor its internal vibrations. They noticed, however, that surface wind glazing over the "firn" — the top layer of snow of the shelf — was feeding the sensors below.

Why Does A Frozen Lake Sound Like A Star Wars Blaster?

What was at first considered to be "inconvenient ambient noise," as the glaciologist Douglas R. MacAyeal put it in a summation of the new findings, ended up yielding valuable insights about the health of the shelf itself. The shelf's song changes as its surface does; strong storms can rearrange the snow dunes atop it, causing that ice to vibrate at different frequencies — how fast the seismic waves travel through the snow changes as air temperatures at the surface fluctuate, in turn giving scientists data on the shelf's structural integrity. Meaning whether or not it will break up, and thus raise sea levels. Not bad for a whistle or two. Or 34.

"The reason we care so much about ice shelves is because their stability is so important to the stability of other ice masses," Rick Aster, one of the authors of the study, tells NPR.

It's worth noting that the recording above was not, in its original form, perceptible to human ears — the "song" was created by speeding up those seismic waves, allowing more casual observers to follow along.

"It gives people an intuitive feel that there are these waves bouncing around in the ice shelf that are sensitive to changes, like warming," Aster said.

More music from the natural world

The New Orleans-based artist Quintron, through his company Quintronics, developed the Weather Warlock, a "giant analog synth" that is based around an F-major chord, but varies its resulting music due to input from the weather (temperature, wind, sun and rain) it's experiencing at any given time. The result, which you can stream 24 hours a day from its current home in Los Angeles, is mercurial and meditative and worth leaving in your headphones for a while. "Our hope is that this instrument could be of some help to those experiencing any type of sleep disorder or to anyone suffering from stress or health issues which might benefit from a direct musical connection to nature," its creators note. (They also note it is not meant to offer any medical treatment.)

The Baka in southeastern Cameroon use water as a drum, resulting in a fluent, calming rhythmic form.

Or, if you're sick of Earth entirely, NASA has an archive of "spooky" space sounds — perfect for Halloween. (Not so sure about that cover art, however.)

Updated Oct. 18, 5:23 p.m. with further information on the value of wind's seismic data.