Accessibility links
In Japan, A Strange Sight: Cherry Blossoms Blooming In The Fall "I have never seen anything like this," said tree surgeon Hiroyuki Wada. Two typhoons that recently struck the country are a likely cause of the sudden flowering.

In Japan, A Strange Sight: Cherry Blossoms Blooming In The Fall

In Japan, A Strange Sight: Cherry Blossoms Blooming In The Fall 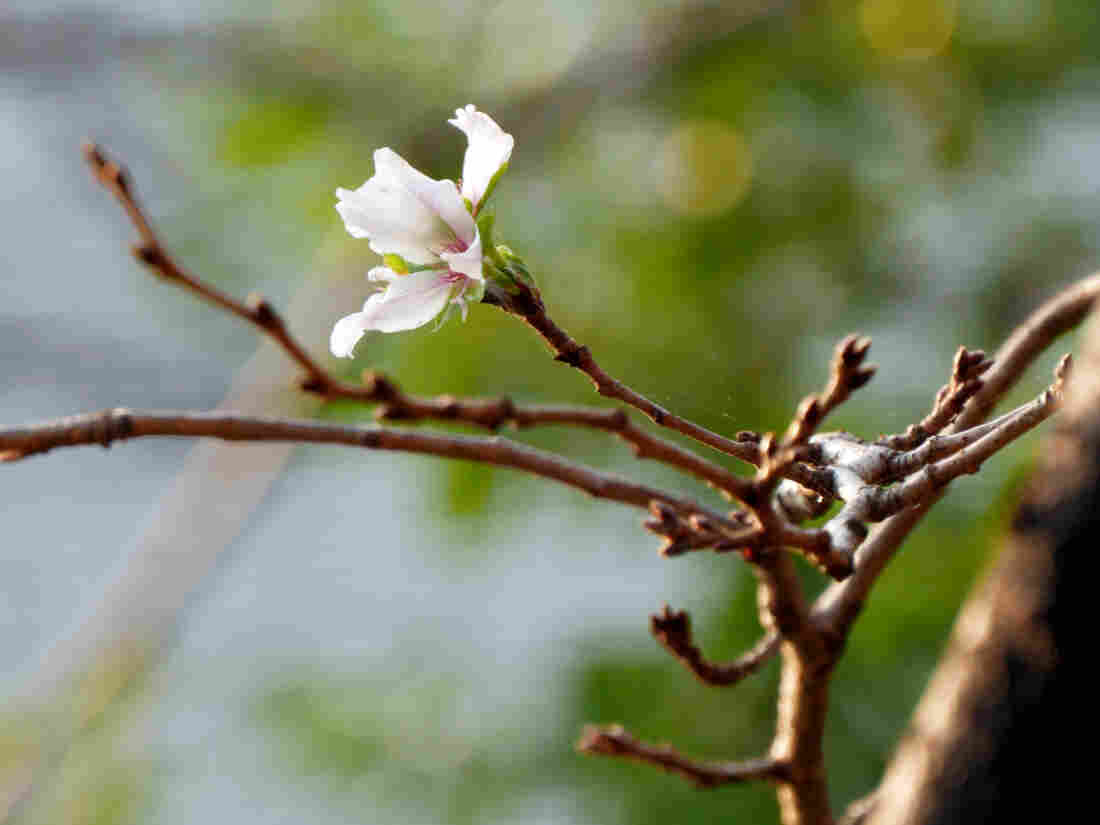 A cherry blossom along the Meguro River in Tokyo on Thursday. The blooms are an unusual occurrence this time of year. Kwiyeon Ha/Reuters hide caption 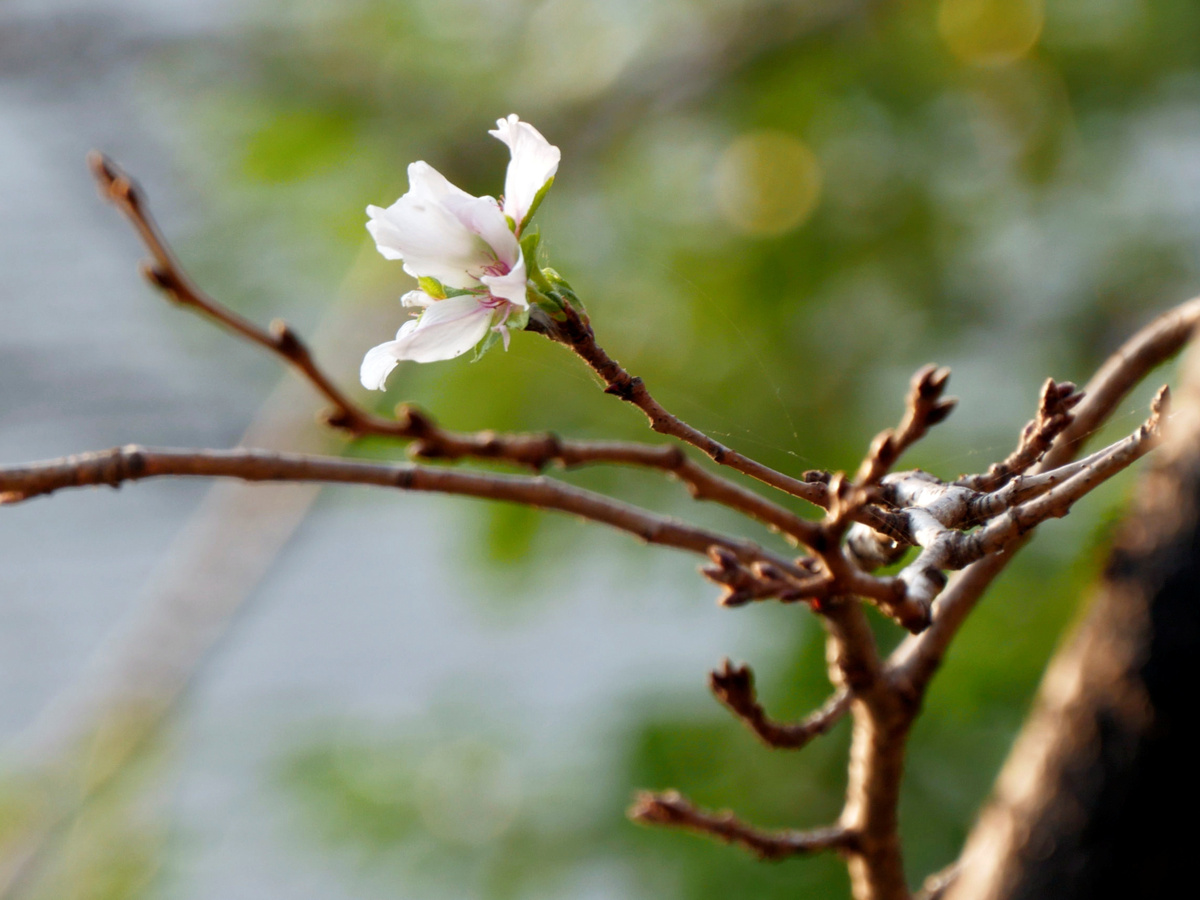 A cherry blossom along the Meguro River in Tokyo on Thursday. The blooms are an unusual occurrence this time of year.

In Japan, the springtime bloom of cherry blossoms is an annual rite of celebration, accompanied by picnics and parties under the flowering canopy.

But this week, an odd thing happened: Some of the trees bloomed again. In autumn.

Japanese broadcaster NHK reported that a weather company had received hundreds of reports of the trees blooming, across an area stretching from Kyushu, in southwestern Japan, to Hokkaido in the north.

The apparent cause? The two typhoons that struck the country in September and early October.

"This year's storms affected wide regions and the strong winds may have caused the blooming," tree surgeon Hiroyuki Wada told the broadcaster. "I have never seen anything like this."

Wada explained that a popular variety of cherry blossom tree, the Yoshino cherry, buds in the summer but does not usually bloom, because a hormone the tree's leaves release stops the buds from developing.

But this year, many leaves were stripped off by those powerful typhoons — bringing strong winds and salt exposure that caused withering. Warm temperatures followed, which further encouraged the buds to bloom.

The spring flowering of cherry blossoms in Kyoto has been documented for more than 1,000 years, as The Washington Post reported last year. By poring over diaries and chronicles of emperors, aristocrats and monks, a professor at Osaka Prefecture University named Yasuyuki Aono assembled a data set of cherry blossom flowering dates, stretching back to A.D. 801.

For most of that time, the full bloom dates were pretty consistent. But since 1850, the date of flowering has pushed earlier and earlier. That same trend has been documented by the National Park Service since 1921 in Washington, D.C., home to 3,000 cherry blossom trees given by Japan.

"In both Kyoto and Washington, the warming trends and earlier blooms are most likely due to a growing urban heat island effect and increasing concentrations of greenhouse gases in the atmosphere," meteorologist Jason Samenow explained in the Post.