Accessibility links
Trump Intervened In FBI HQ Project To Protect His Hotel, Democrats Allege The president has been personally involved with the future of the FBI's Pennsylvania Avenue headquarters building, and Democrats say it is an abuse of power intended to help his hotel up the street. 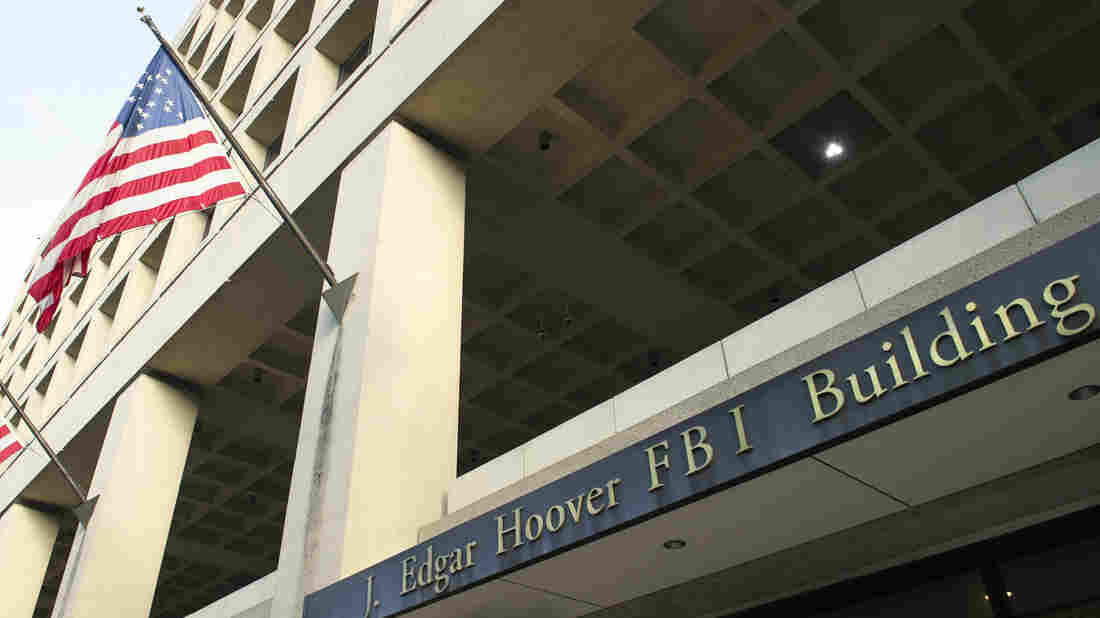 Democrats accuse President Trump of intervening in the decisions involving the fate of the FBI's headquarters in Washington to help protect his hotel up the street. Cliff Owen/AP hide caption 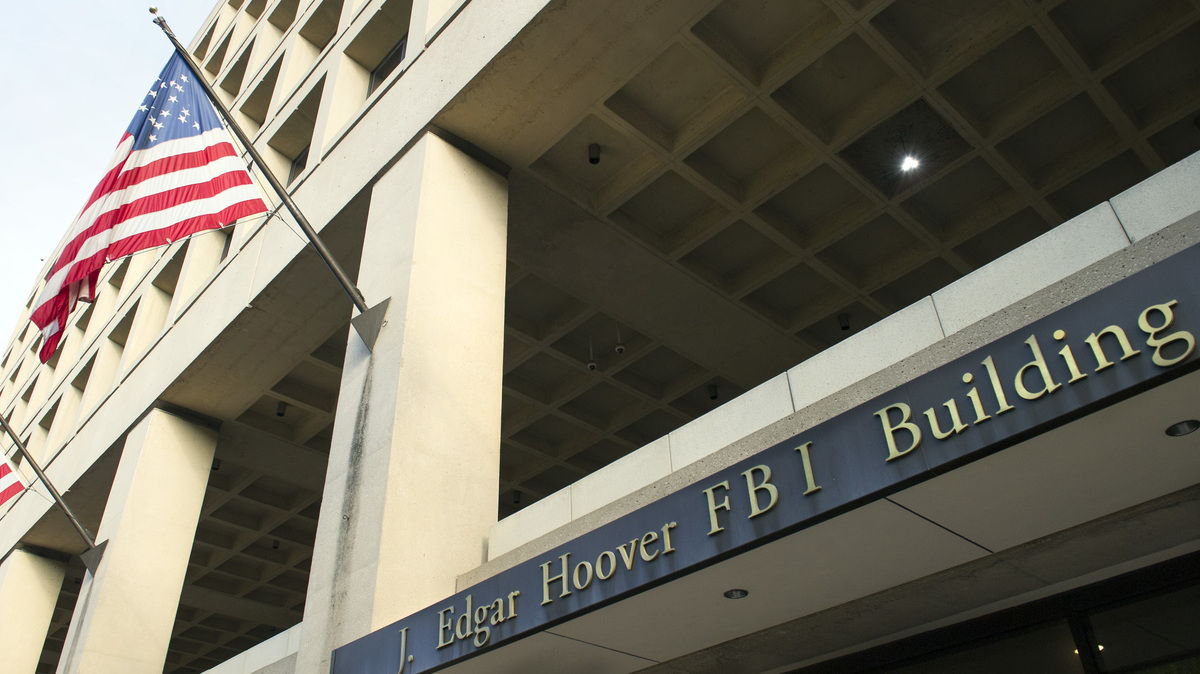 Democrats accuse President Trump of intervening in the decisions involving the fate of the FBI's headquarters in Washington to help protect his hotel up the street.

President Trump intervened in a big federal building project to help protect business for his hotel on Pennsylvania Avenue, a group of House Democrats alleged on Thursday.

Trump wants to demolish and rebuild the FBI's headquarters, the Democrats say, to preserve the site's government ownership and deny any potential competitors to the Trump International Hotel at the Old Post Office Pavilion up the street.

The Democrats called that an abuse of power and a violation of the regulations that are supposed to protect such arrangements from political influence.

Before Trump was elected, he expressed interest in an earlier project that would have involved moving the FBI to a new site in suburban Maryland and selling its Pennsylvania Avenue location to a private developer. That prospective move-and-sale deal was scrapped last year.

"Given this background, President Trump should have avoided all interactions or communications relating to the FBI headquarters project to prevent both real and perceived conflicts of interest," Democrats wrote in a letter on Thursday. "He should not have played any role in a determination that bears directly on his own financial interests with the Trump hotel."

The minority-party committee and subcommittee leaders, led by Maryland Rep. Elijah Cummings of the House oversight panel, sent a letter to the administrator of the General Services Administration to ask her for more information about Trump's role in the story.

GSA press secretary Pamela Dixon said Cummings and the Democrats are putting the blame in the wrong place: The FBI made the decisions about the headquarters project, not the president.

"As previously testified by GSA and the FBI, the leadership team at the FBI made the decision to keep its headquarters at the current Pennsylvania Avenue location," Dixon said.

She continued: "A number of emails referenced in today's congressional letter are taken out of context and refer to the project's funding approach, not the location decision. Suggestions that those emails indicate presidential involvement in the location decision are inaccurate."

The White House had not addressed the FBI headquarters project on Thursday afternoon, but in the past it has acknowledged Trump's interest in the project because, as press secretary Sarah Sanders told Axios, the president "is always interested in building because he knows it better than anyone and has been very successful in it."

Kathleen Clark, a professor of government ethics law at Washington University in St. Louis, said Trump faces a potential ethics problem "because Trump's intervention may well have been motivated by his personal financial concerns with his own hotel," but she noted the president and vice president are exempt from the federal ethics laws, including the conflicts-of-interest provisions.

At issue is the FBI's J. Edgar Hoover headquarters building, with an exterior familiar to millions from TV and movies — but which is crumbling and considered obsolete.

FBI leaders dreamed about escaping to a new, bigger location outside the District, perhaps in Prince George's County, Md., where the bureau could have accommodated more employees in a more than $3.5 billion state-of-the-art facility.

That would have freed up the old site on Pennsylvania Avenue, which Trump and his daughter Ivanka had eyed for potential development following their Trump hotel at the Old Post Office Pavilion. Then in the summer of 2017, after Trump fired then-FBI Director James Comey, the government announced the FBI relocation project was canceled.

The GSA — which handles buildings and property for the broader federal government — said it did not want to go ahead with the FBI project without having full funding secured beforehand.

Local and congressional Democrats, who had hoped for an economic boost in the suburban districts that surround Washington, D.C., were furious.

In February, the GSA and FBI submitted a new plan, one that called for keeping the Pennsylvania Avenue property but tearing down the J. Edgar Hoover building and replacing it with a new structure for the bureau.

GSA Administrator Emily Murphy told Congress that Trump hadn't been involved with these decisions. "This direction that we got came from the FBI," she told a House committee in April. "It was the FBI that directed GSA as to what its requirements would be."

But Democrats charged on Thursday that, in fact, Murphy and her staff have been meeting with the president and White House officials about the change in direction for the FBI project.

Cummings and the Democrats quoted an email from Murphy's chief of staff to a White House official on Jan. 25: "The president was briefed yesterday on this by the GSA administrator [Murphy], Deputy [Attorney General Rod Rosenstein] and FBI Director [Christopher Wray] and signed off on this path forward."

In other emails, the chief of staff referred to the project as "a demolition/new construction per the president's instructions" and "what POTUS directed everyone to do."

Rep. Gerry Connolly, D-Va., said, "The suspicions we had seem increasingly to be confirmed — that this was an intervention by the president and his chief of staff to derail a procurement that was almost ready to be awarded."

Now, Cummings and the Democrats say they want more documents and information from earlier in the administration, including from before the announcement abandoning the FBI's prospective move to Prince George's County and "documents and communications between Trump Organization and GSA officials" from before Trump was elected.