Accessibility links
Jamal Khashoggi Died In Consulate In Istanbul, Saudi State TV Reports Saudi officials admit the journalist died in a fight at the country's consulate in Istanbul. The announcement reverses repeated claims by the Saudis that he had not died there. 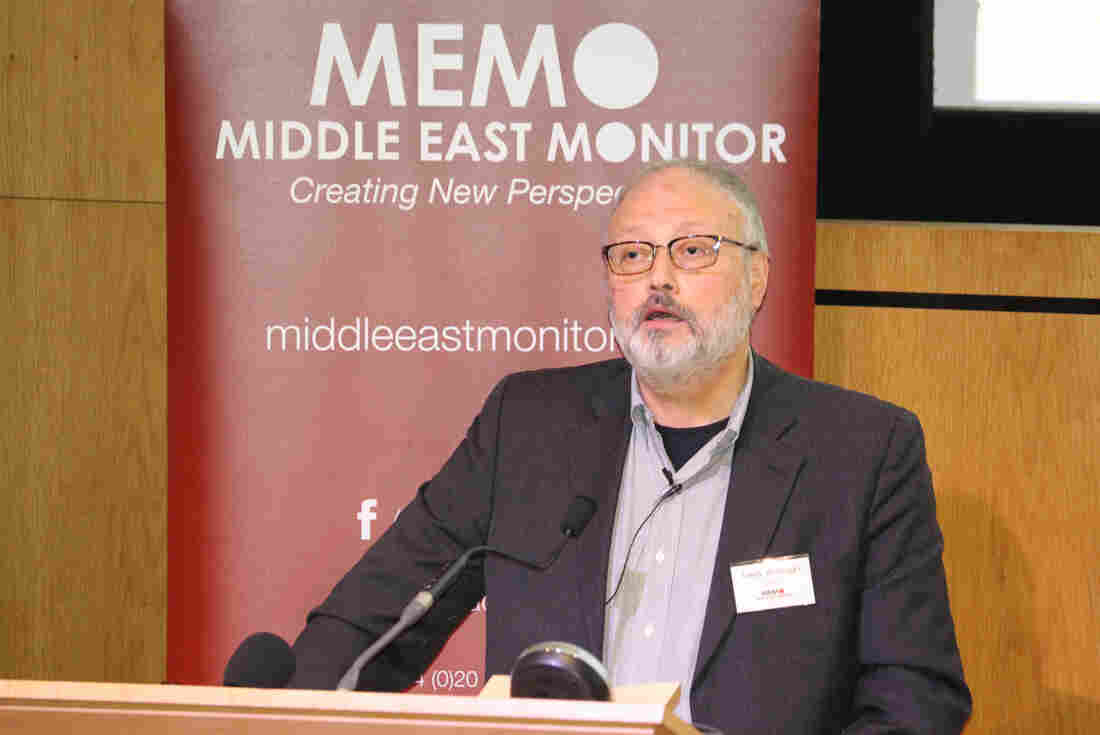 Saudi journalist Jamal Khashoggi, pictured speaking at an event in September, died after a fight broke out in the Saudi Arabian Consulate in Istanbul earlier this month, according to Saudi state TV. Middle East Monitor via Reuters hide caption 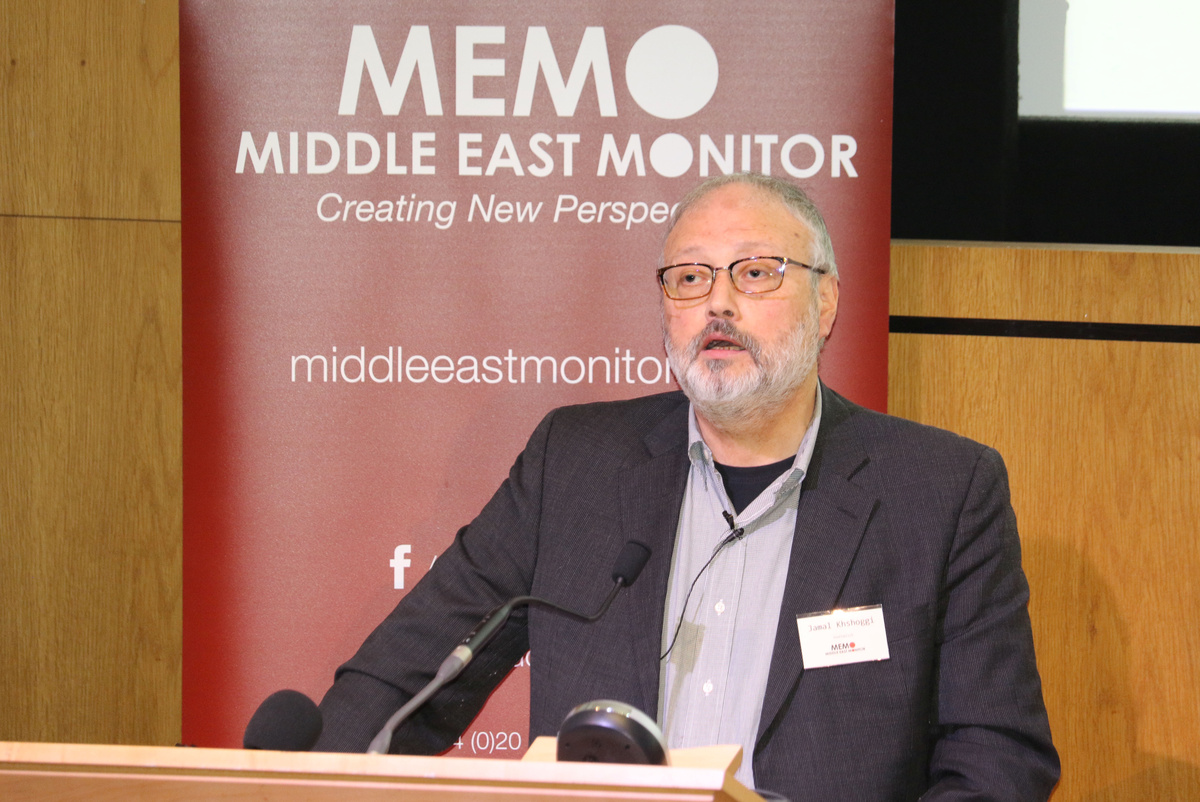 Saudi journalist Jamal Khashoggi, pictured speaking at an event in September, died after a fight broke out in the Saudi Arabian Consulate in Istanbul earlier this month, according to Saudi state TV.

Saudi Arabian officials confirmed the death of journalist Jamal Khashoggi, who had been missing for 18 days, in a statement issued Saturday morning local time.

The statement, translated into English by the Saudi Press Agency, said a preliminary investigation into the events of Oct. 2 revealed that Khashoggi was killed in a fight that broke out while he was visiting the Saudi Consulate in Istanbul.

The meeting "developed in a negative way [that] led to a fight and a quarrel between some of them and the citizen / Jamal Khashoggi, yet the brawl aggravated to lead to his death and their attempt to conceal and cover what happened," the statement said.

The agency also confirmed that 18 Saudi nationals have been arrested "in preparation for reaching all the facts."

It's unclear whether those arrested include people previously reported to have been involved in the reporter's disappearance.

While the investigation is ongoing, officials said, "The Kingdom expresses its deep regret at the painful developments that have taken place and stresses the commitment of the authorities in the Kingdom to bring them to justice."

Following the announcement the White House issued a statement saying:

"The United States acknowledges the announcement from the Kingdom of Saudi Arabia that its investigation into the fate of Jamal Khashoggi is progressing and that it has taken action against the suspects it has identified thus far. We will continue to closely follow the international investigations into this tragic incident and advocate for justice that is timely, transparent, and in accordance with all due process. We are saddened to hear confirmation of Mr. Khashoggi's death, and we offer our deepest condolences to his family, fiancée, and friends."

At a roundtable with defense contractors Friday night at Luke Air Force Base in Arizona, Trump called the Saudi announcement "a great first step," but reiterated that he didn't think sanctions for the journalist's death should affect U.S.-Saudi Arabia arms deals.

The fate of Khashoggi, a U.S. resident and critic of Saudi policy, had remained unclear more than two weeks after he vanished. The Turkish government had accused Saudi officials of murdering the journalist at the consulate, a charge the Saudis strongly and repeatedly had denied.

The Associated Press, citing an unnamed Turkish official, reported Friday that investigators there were looking into whether "the remains of ... Khashoggi may have been taken to a forest on the outskirts of Istanbul or to another city." The wire service added that according to the same official, "two vehicles belonging to the consulate left the building" the day the journalist disappeared.

Reuters reports that two Turkish officials say police were searching for remains in a "forest on the outskirts of Istanbul and a city near the Sea of Marmara."

On Friday, Turkish Foreign Minister Mevlut Cavusoglu denied sharing any audio recordings with the U.S., after a report from ABC said Turkish officials had played an audio recording for Secretary of State Mike Pompeo. The State Department also denied the report. Earlier this week, Trump said the U.S. had requested access to any audio or video evidence from Turkey's investigation.

Anadolu reported that Turkish security officials say "on the same day of Khashoggi's disappearance, 15 other Saudis, including several officials, arrived in Istanbul on two planes and visited the consulate while Khashoggi was still inside." It added: "All of the identified officials have since left Turkey."

One suspect, a senior intelligence official, is known to be a "frequent companion of [Saudi] Crown Prince Mohammed bin Salman," according to the Times.

Trump said Thursday that if Saudi Arabia is responsible, the consequences will be "very severe," according to the Times.

Vice President Pence, speaking with reporters Thursday in Colorado, said, "If what has been alleged occurred, if an innocent person lost their life at the hands of violence, that's to be condemned."

"If a journalist in particular lost their life at the hands of violence, that's an affront to the free and independent press around the world," Pence continued. "And there will be consequences."

Their statements mark a shift in tone from comments Trump made earlier this week. On Monday, the president said, "It sounded to me like maybe these could have been rogue killers."