Accessibility links
Nick Kroll: The Story Of The Toothpaste Wedgie Actor and comedian Nick Kroll talks about character comedy, lightly stalking elderly men, and his Netflix series, Big Mouth. Then, he plays a game about commercials turned into TV shows and movies. 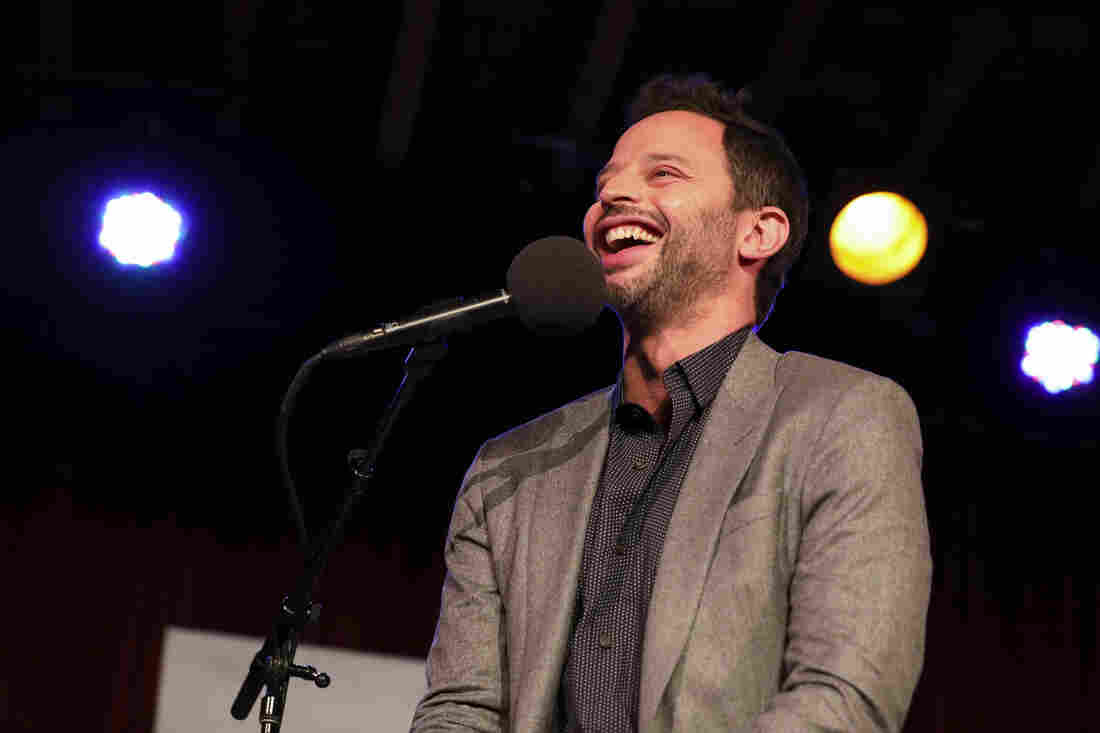 Nick Kroll appears on Ask Me Another at the Bell House in Brooklyn, New York. Mike Katzif/NPR hide caption 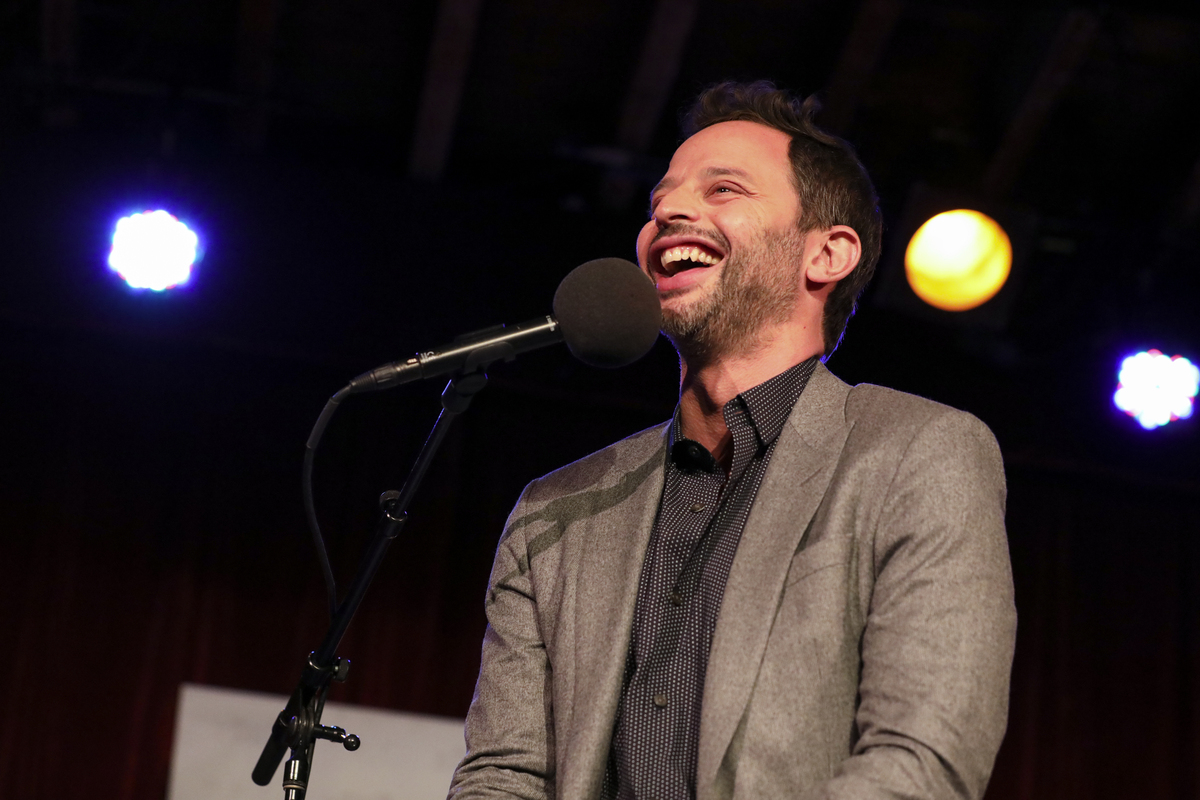 Nick Kroll appears on Ask Me Another at the Bell House in Brooklyn, New York.

Not everyone follows through on their New Year's resolutions, but in 2001 actor and comedian Nick Kroll made good on one. "I graduated college, made a New Year's resolution to start doing improv and stand up comedy, and met people that I'm still friends with and work with to this day," he told Ophira Eisenberg, host of NPR's Ask Me Another.

Kroll wasn't a total newcomer to comedy at that point. "Growing up, my friend Andrew Goldberg and I... would host the purum talent show as Wayne and Garth from Wayne's World," Kroll said. As a student at Georgetown, Kroll entered a comedy competition his freshman year and joined an improv group, which introduced him to friend and frequent collaborator John Mulaney.

In 2007, Kroll got his first regular television role on Cavemen, a sitcom based on popular GEICO commercials. Eventually, in 2013, Kroll created and starred in his own series, Comedy Central's Kroll Show, which featured a number of characters he created and performed over the years. Eisenberg, who first met Kroll on the open mic circuit in New York, noted that the character-driven nature of the show differed from much of the more personal, self-referential comedy that was more popular at the time. When Eisenberg noted that character comedy is often a bit more difficult, Kroll joked, "Not if you don't want to share who you really are with an audience... keep those walls up, Ophira!"

Many of Kroll's characters err on the side of obnoxious, such as Liz G, a brazen publicist, and Bobby Bottleservice, an Ed Hardy enthusiast and ladies' man. In discussing why he pursued this style of comedy, Kroll explained, "I think I've always been drawn to people, trying to make people I don't like in real life somehow sympathetic. And I don't know what that says about my inner world."

Following the end of Kroll Show, Kroll and Mulaney starred together on Broadway in Oh, Hello. The show was based on outspoken, chronically-misinformed septuagenarians Gil Faizon and George St. Geegland, characters the two had been performing since the 2000s. Kroll and Mulaney drew inspiration from two men they saw at The Strand Book Store in New York.

"They were like real New York people... legendary, elderly bachelors in turtlenecks and blazers, and they were buying a copy of Alan Alda's Never Have Your Dog Stuffed... And I think we both had always loved that kind of person and we sort of followed them to a diner... and we just sort of started talking like them, and thinking like them."

In 2017, Kroll moved into the realm of more personal comedy with the release of Big Mouth, an animated series he co-created with his childhood friend Goldberg, based on their experiences going through middle school and puberty. On the show, Kroll voices a teenage version of himself, while Mulaney voices a younger Goldberg. Kroll reflected on his transition into self-referential comedy: "It felt easier to be more autobiographical as a thirteen year old animated character."

Some of the stories in Big Mouth are ripped directly from Kroll's childhood, such as being pantsed in front of the girl he had a crush on. Other details, like being both babied and teased as the youngest child, are more broadly inspired. Kroll shared an anecdote about being picked on by his older siblings. "My brother... would give me what we call in the business a toothpaste wedgie, that means you put toothpaste in underwear and give your younger brother a wedgie, and if you were curious if your butt can feel mint, it does."

For his Ask Me Another challenge, Kroll played a game about commercials adapted into tv shows and movies.

Heard on Nick Kroll: The Story Of The Toothpaste Wedgie.