Accessibility links
Who Was Larry Nassar? : Believed How did former Olympic gymnastics doctor Larry Nassar sexually abuse hundreds of girls and women for decades? To understand how he got away with it, we have to begin with the doctor in his prime, when everyone thought of him as Larry, the good guy. 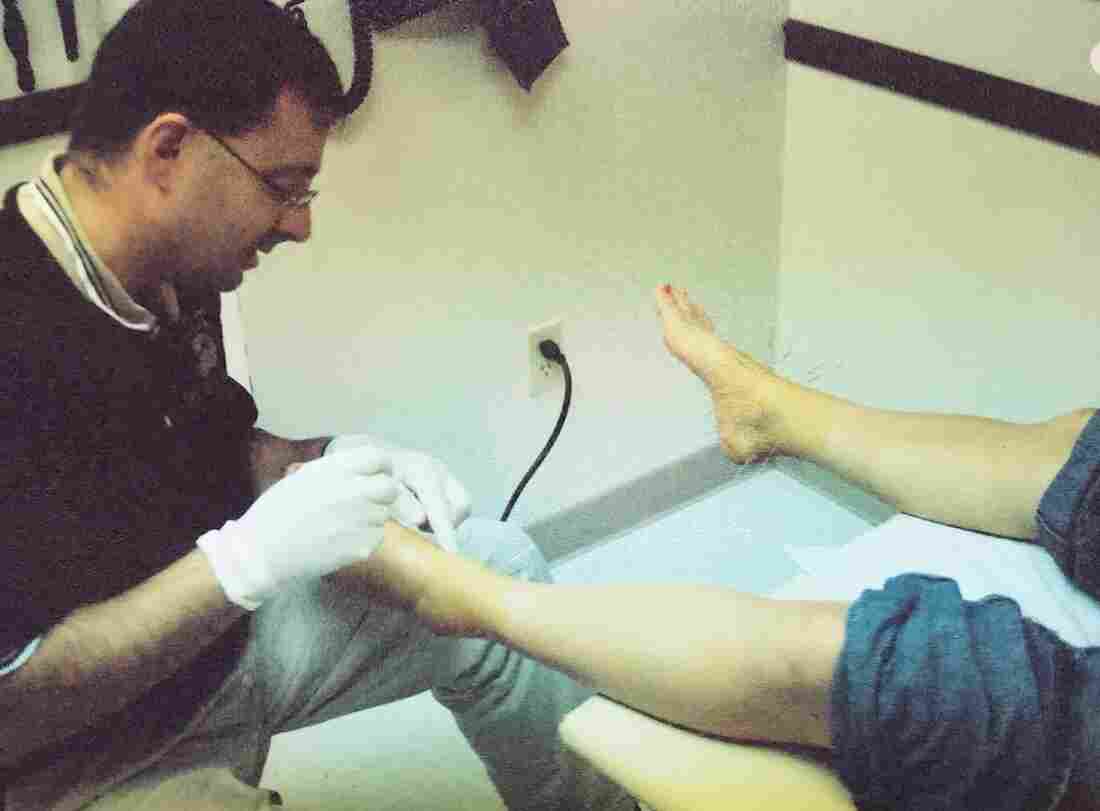 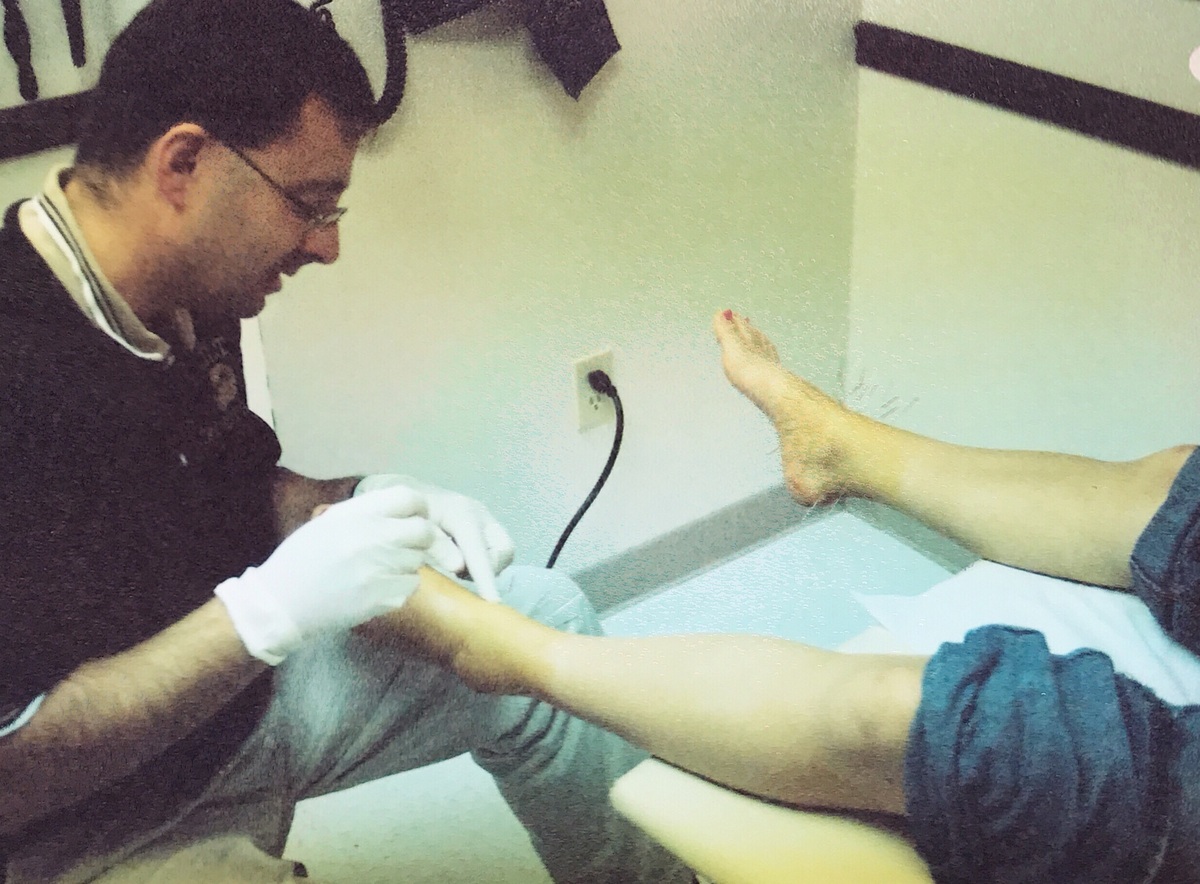 It's the 1996 Olympics. The U.S. Women's Gymnastics team is on the verge of winning their first team gold medal. Kerri Strug is their last chance. She sprints toward the vault, launches into the air, and falls on the landing.

Clearly injured, Strug limps back to the mat. Sprints, launches, and sticks the landing. Her score is announced: The team has won gold. But as cheers erupt from the crowd, Kerri Strug collapses. Crawls off the mat.

A young trainer helps support her. "I got her, I got her," he yells. 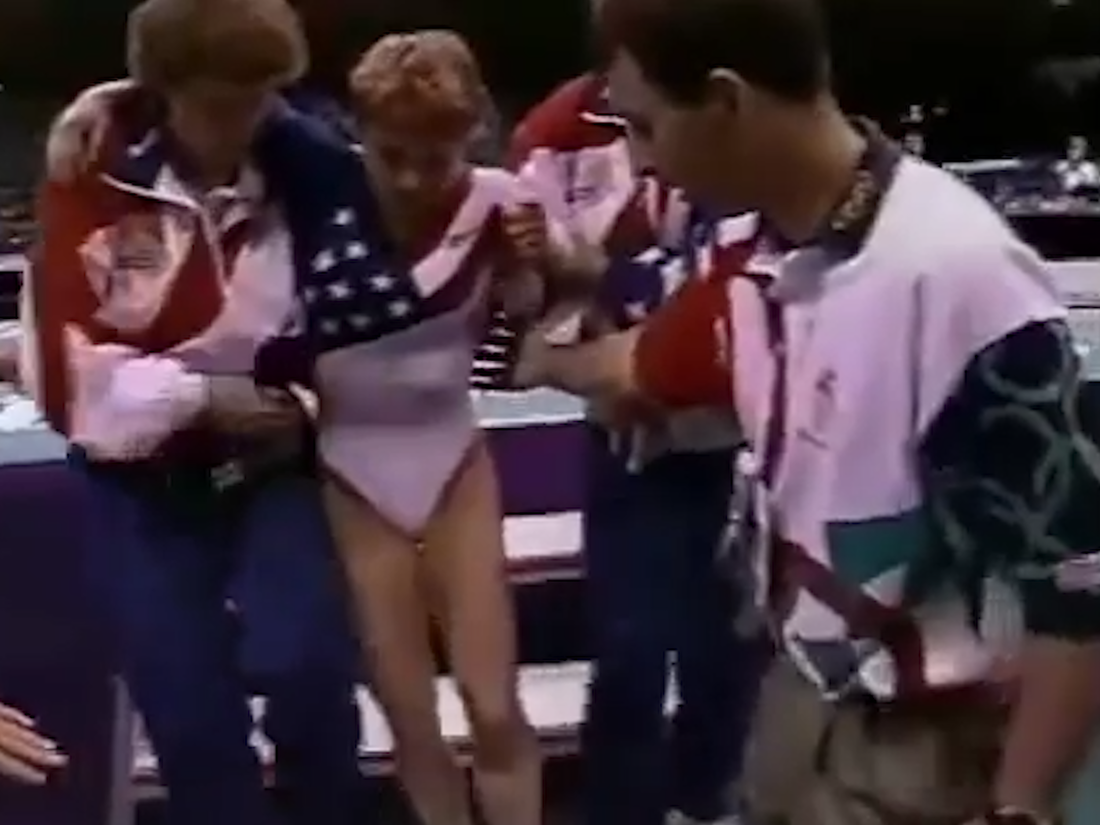 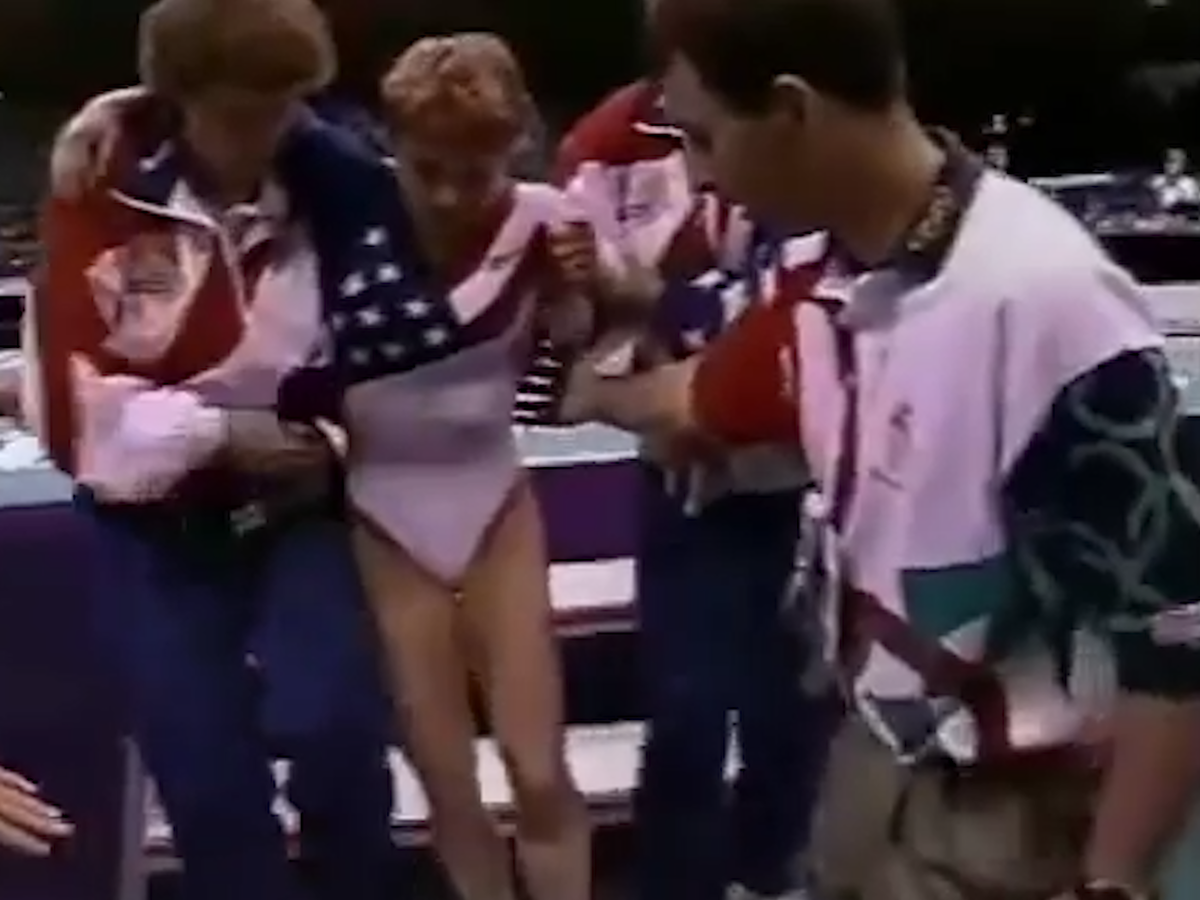 We didn't know then what we know now: That more than 500 women and girls would come forward to accuse Larry Nassar of sexual abuse.

Now, when most people picture Larry Nassar, they probably think of a gaunt, black-haired man in glasses, handcuffs, and an orange jumpsuit. He's one of the worst serial pedophiles in U.S. history.

But it's easy to forget that before the handcuffs, Larry Nassar looked like a regular guy — your typical, suburban dad. He was silly and friendly, good at his job. He was a white guy in a polo shirt with his cell phone holstered to his belt.

He was beloved by parents and coaches. Everyone trusted Larry. He was the guy who could keep a gymnast smiling while he worked on a sprained ankle. 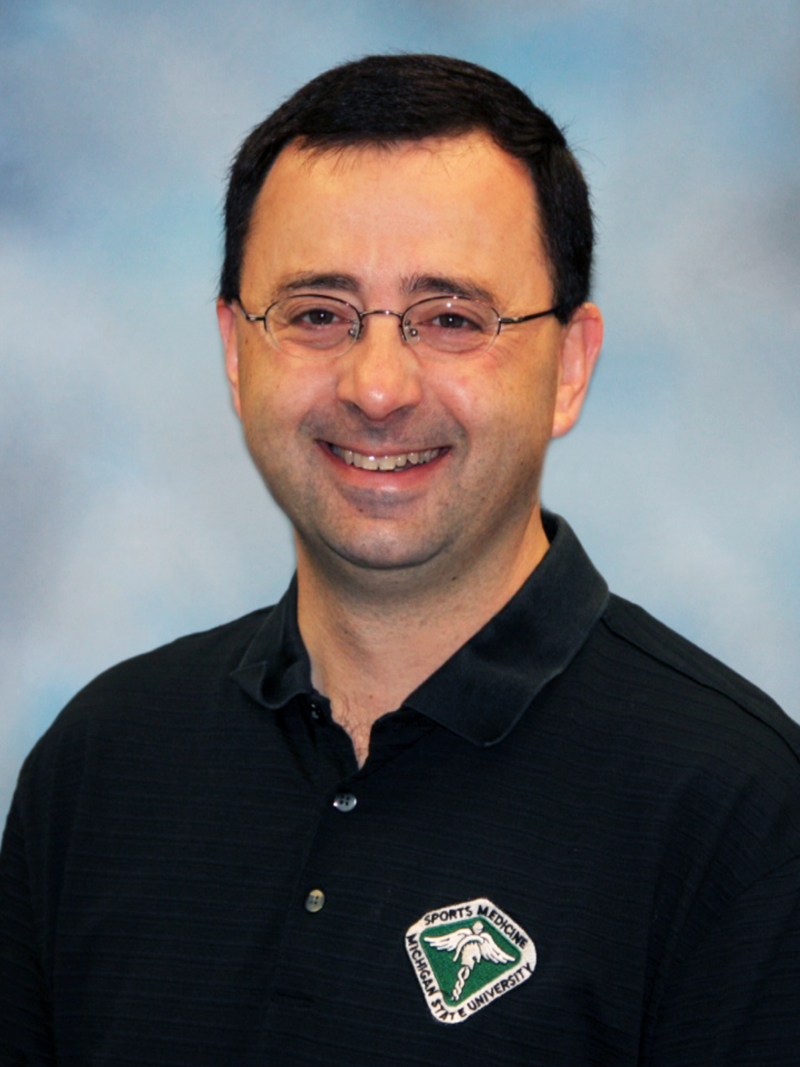 Trinea Gonczar was one of those gymnasts. She first met Larry in the late 1980s.

"He taped my ankles, he taped my shins, he taped my wrists, he worked on my shoulder...and it works. It actually makes you better," she says. "So you know what I mean? You don't become the Olympic team doctor by taping ankles well, you have to be able to make these girls comfortable enough to compete and to compete well and to win most likely. So he was, like in his own weird, goofy, Larry way, like magic."

If you break their train of trust, you're done. Because they'll never trust you again. And they'll tell the other gymnasts.

Larry was so well known throughout the gymnastics world, that when he was a guest on the popular podcast GymCastic in 2013, host Jessica O'Beirne was thrilled.

"I'm just going to tell you that I'm totally biased in the interview!" she told listeners. "Completely and totally biased. Because I just love Larry Nassar.

"He looks like Inspector Gadget when he's working. He's super kind and accommodating to everyone. I'm super biased and I think he's awesome."

Throughout the episode, Nassar talks about how hard he worked to build trust with his patients.

"The most important, by far, aspect of injury that we need to protect the athlete from is the mental injury," said Nassar. "The physical injuries, they can almost always recover from. It's the mental injuries that leave the scars that keep coming back and haunt them later."

O'Beirne had known Larry for years, having worked with him as a student athletic training intern in the 1990s.

So when the allegations about Nassar first came out in 2016, O'Beirne said, "In a way, I was completely shocked. And in a way, I wasn't at all.

"He was in the perfect position to do this. I know this is the person you have to worry about, who has the position and power to groom people," she said in a 2017 interview with Michigan Radio.

The physical injuries, they can almost always recover from. It's the mental injuries that leave the scars that keep coming back and haunt them later.

Today, O'Beirne's Twitter page is full of support for the survivors that have come forward, and GymCastic has been a platform for gymnastics enthusiasts to discuss what the Nassar scandal means for the sport. Since the first lawsuit was filed against Nassar in September 2016, the podcast has had at least 38 episodes discussing sexual abuse.

And despite her personal feelings about that 2013 interview now, O'Beirne kept it up on the GymCastic website.

"I just wanted to just destroy the interview, throw it in the trash, pretend it never happened, and apologize to everyone. And at the same time, I knew that I couldn't do that."

She couldn't take it down, she said, because now it was "a piece of evidence." Not criminal evidence that could come up in court, but historical evidence: proof, she said, of a mistake we keep making over and over again.