Accessibility links
This 'Halloween,' Jamie Lee Curtis Reckons With 40 Years Of Trauma Michael Myers is back and, so is Laurie Strode. Jamie Lee Curtis was 19 when she starred in the original Halloween. This sequel ignores the others to focus on what has happened to Laurie since 1978. 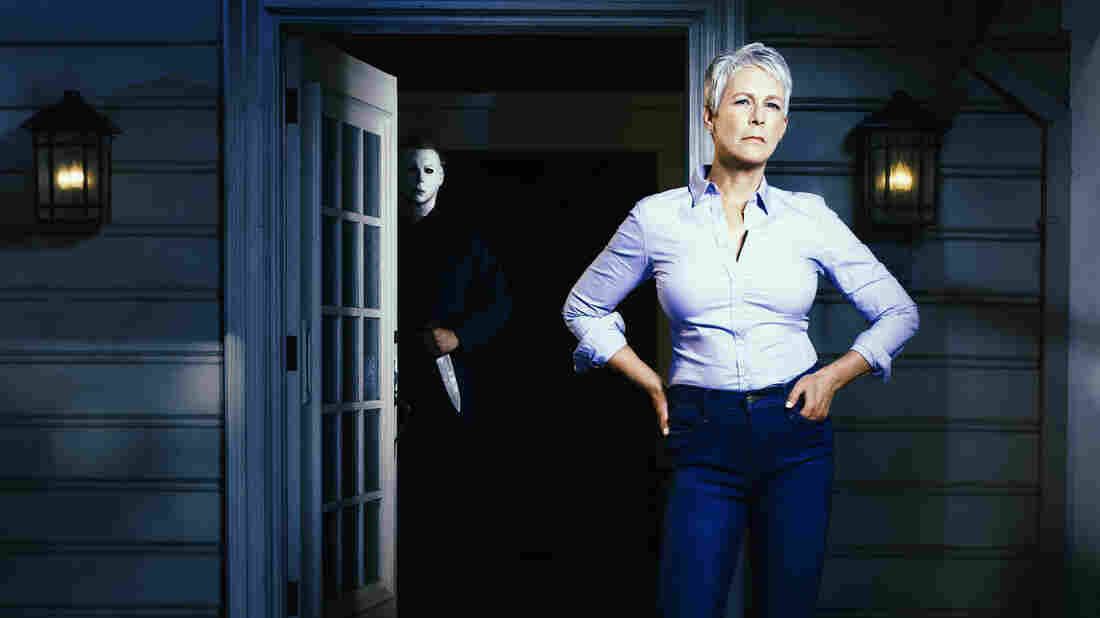 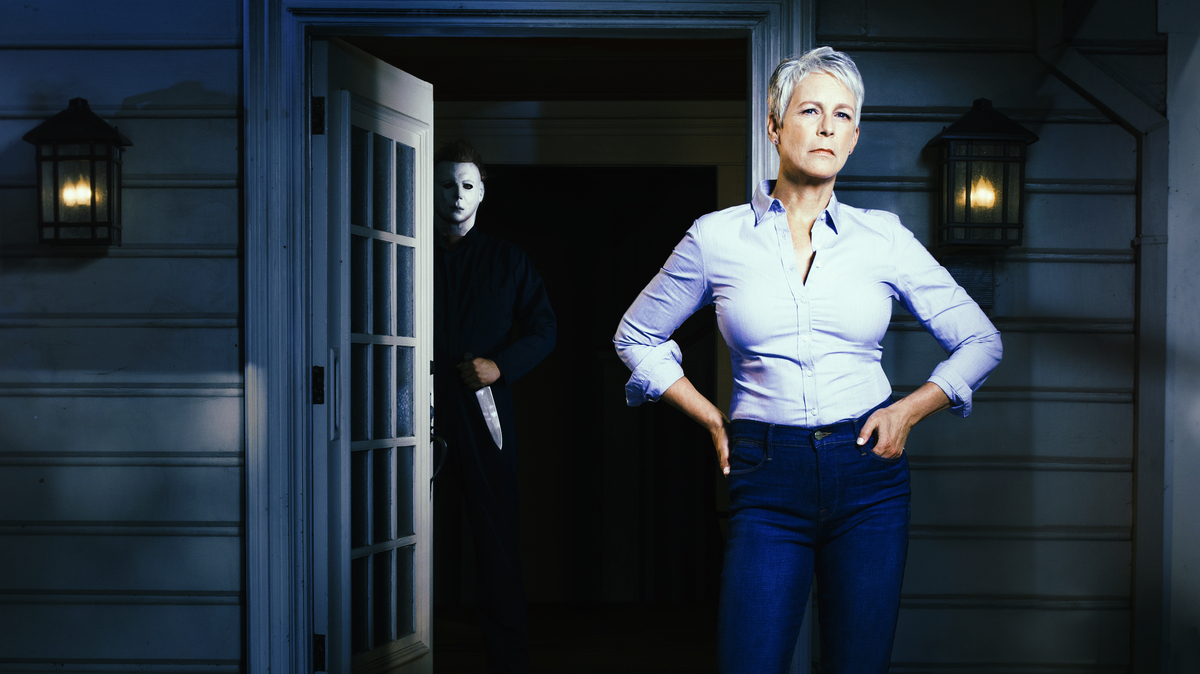 Watch out, Michael Myers, Laurie Strode [Jamie Lee Curtis] is ready for you.

Forty years ago, horror fans were introduced to the masked killer Michael Myers, stalker of babysitters in a small Illinois town. The film was, of course, Halloween. And it was the debut of Jamie Lee Curtis, who played the bookish babysitter, Laurie Strode — the original "final girl" character who narrowly escapes the slaughter. Curtis appeared in three more sequels and even died in one. She thought she'd left that character behind.

She left school on the 31st of October a dreamer, an intellectual, someone who would have gone on to Brown and changed the world. And instead, on November 1, she went back to school a freak.

"I had no intention in being another Halloween movie," she says — but that's exactly what she has done, reprising her role as Strode in the new Halloween. Curtis says what convinced her to return was the approach that director David Gordon Green and screenwriter Danny McBride took: Ignore the other seven sequels. Just focus on what has happened to Laurie Strode since Michael Myers first attacked her in 1978. "In this movie, 40 years later, we find really what happens when someone suffers a trauma when they're 17 years old, and doesn't get any help. You know, Laurie Strode, I believe, went back to school on November 1, 1978, with a bandage on her arm, having lost all her best friends, and having survived this attack."

She left school on the 31st of October a dreamer, an intellectual, someone who would have gone on to Brown and changed the world. And instead, on November 1, she went back to school a freak. And that's what happens with trauma, it brands you. People point and go, "Oh my gosh, there's Laurie Strode, she's the one who survived!" And it took away her innocence.

To the extent that she has lost everything — she ended up in a couple relationships that were failed, she ended up having a child, the state came and took the child from her because she was an unfit mother. Unfit because her only goal, every day, was to prepare her daughter for the fact that Michael Myers was coming back.

On people telling Laurie to get over it

Everybody's trying to tell her to get over it. I think that's been the sort of refrain in her ear since she was 17 years old. And in a weird way, you know, that is all of our ways of trying to distance ourself from that person's trauma. Nobody wants to really get into it. And it's much easier to give somebody a painkiller and say, "get over it."

On her closeness to the character

This movie ... it was a role — I had been on a TV series prior where I was one of six women with maybe two lines a week, every week — and here was a script that was completely a character. A full character with a really emotional and dramatic arc. And so for me, honestly, her name was on every part of the script and I was thrilled. I'm a bit of a smart-aleck, I have a trash-talk mouth, I'm not an intellectual, I'm a big, emotional hug-a-lot. And here was a role of a quiet, intellectual, repressed, virginal dreamer, who walked down the street and sang to herself ... You know, there was a romance to her. And so for me, she was the best role, really, I've ever been able to play.

I never thought about it for a second. I wasn't very pretty — I was cute. I had grey teeth from my mother taking tetracycline when I was in utero. I wasn't particularly talented, I couldn't sing and I couldn't do musical theater — I just sort of showed up. My point is, here I sit at the age of 60, talking about a movie that I've been involved with for 40 years. About something, that it's about something, and that all of my life experiences have added up to this moment is not something I had any idea would happen ... I've been going around the world sort of high-fiving people with the astonishment of this moment.