Accessibility links
Jamal Khashoggi's Complicated History With The Saudi Royal Family For generations, the Khashoggi family has had close ties to the Saudi royals. Over a long career, Jamal Khashoggi was a loyalist who worked for the monarchy — and a critic who urged reform. 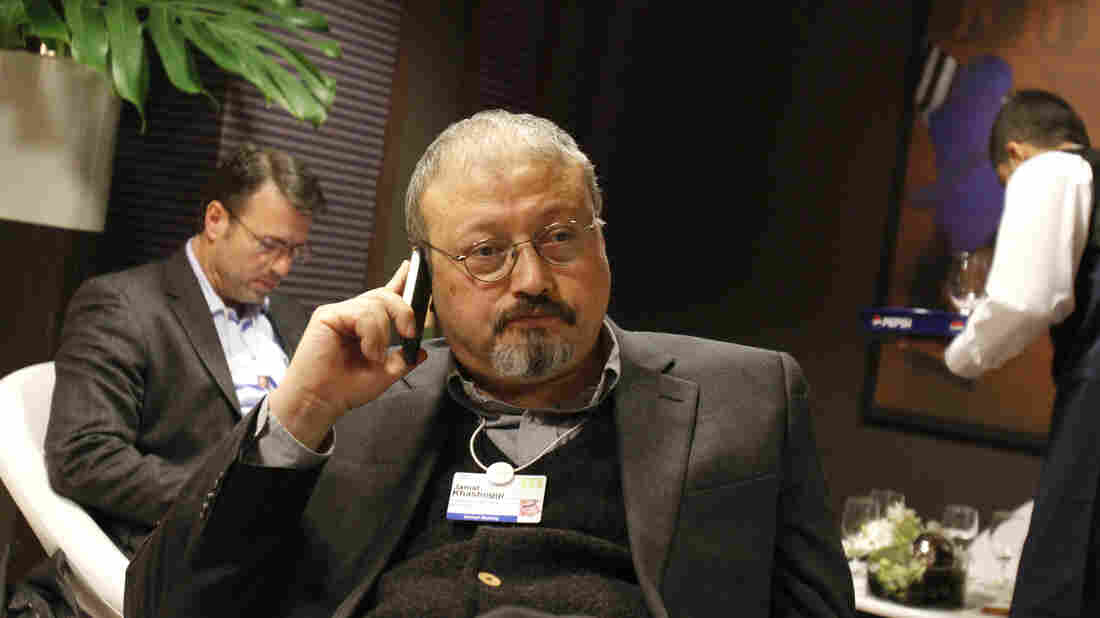 Saudi Arabian journalist Jamal Khashoggi is shown at the World Economic Forum in Davos, Switzerland, in 2011. Khashoggi, who Saudi officials say died in their consulate in Istanbul, had a complicated relationship with Saudi Arabia's royal family. At various times in his career, he worked for the Saudi leadership, and at other times he was a critic. Virginia Mayo/AP hide caption 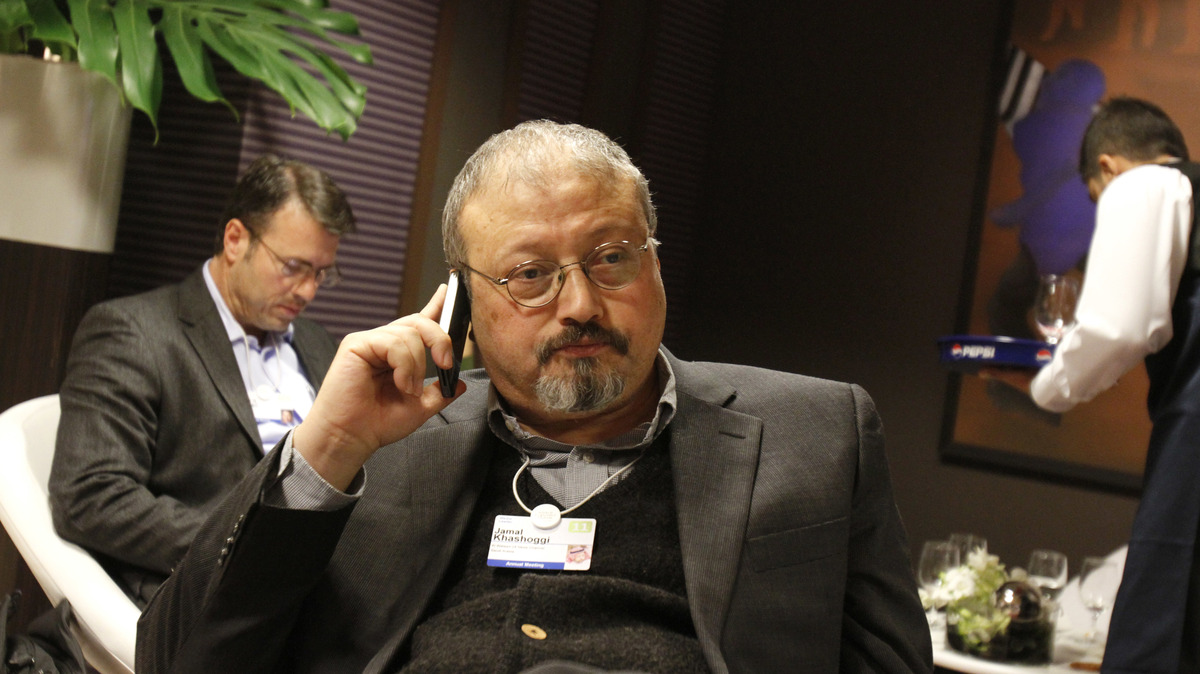 Saudi Arabian journalist Jamal Khashoggi is shown at the World Economic Forum in Davos, Switzerland, in 2011. Khashoggi, who Saudi officials say died in their consulate in Istanbul, had a complicated relationship with Saudi Arabia's royal family. At various times in his career, he worked for the Saudi leadership, and at other times he was a critic.

Jamal Khashoggi's grandfather was the doctor to King Abdul Aziz, the founder of Saudi Arabia in the 1930s.

His uncle Adnan Khashoggi became a celebrity billionaire as the weapons broker for another Saudi monarch, King Fahd.

The family name in Turkish means "spoon-maker," perhaps a nod to a history in that trade.

For the first time since the journalist's disappearance on Oct. 2, Saudi Arabia acknowledged late Friday that Jamal Khashoggi died in the country's consulate in Istanbul. He was 59. The announcement came after repeated denials by the Saudis that they knew what had happened to him.

As the world has waited for further answers about Khashoggi's death, more details about his background are coming to light. They paint an interesting picture of a man known today in the U.S. as a Washington Post columnist but whose family has deep ties to the Saudi monarchy that go back generations.

"They were a rich family, educated," said Ali al-Ahmed, a Saudi dissident who runs the Institute for Gulf Affairs in Washington, D.C. He knew Jamal Khashoggi for many years and saw him until recently as more a loyalist than a critic of the royal family.

In the years after the 2001 al-Qaida attacks, which included 15 Saudi hijackers, Khashoggi visited the U.S. with the message that the Saudi leadership was still a trustworthy American ally.

"In Washington, he was representing the monarchy and defending them, sometimes to a great extent. Today if you hear it, you would be shocked," said Ahmed.

He acknowledged that he had many disagreements with Khashoggi, who wanted to see gradual reforms by the monarchy, while Ahmed would like to replace it with a democratic government. 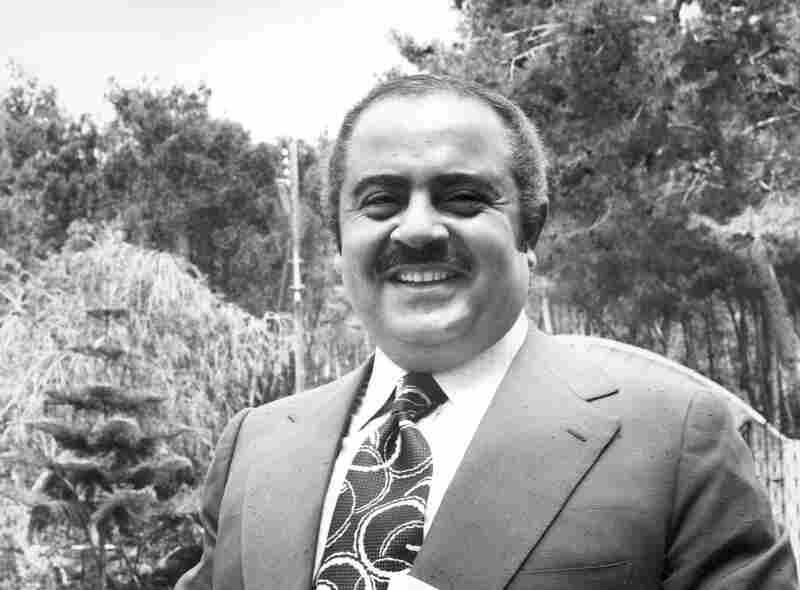 Saudi Arabian billionaire Adnan Khashoggi, Jamal Khashoggi's uncle, is shown at his villa in Beirut in 1974. Khashoggi made his fortune as an arms dealer and was the main arms broker for Saudi Arabia's King Fahd. AP hide caption 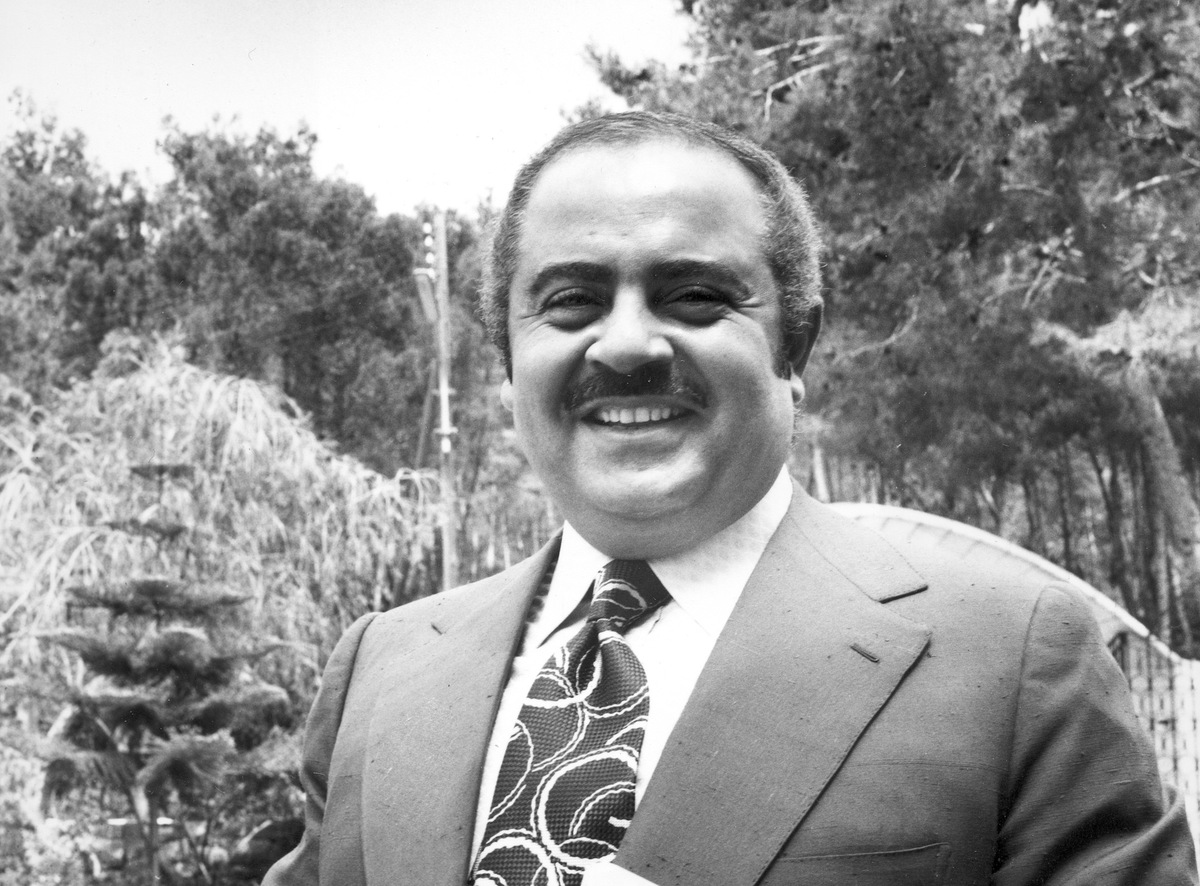 Saudi Arabian billionaire Adnan Khashoggi, Jamal Khashoggi's uncle, is shown at his villa in Beirut in 1974. Khashoggi made his fortune as an arms dealer and was the main arms broker for Saudi Arabia's King Fahd.

Khashoggi eventually moved to Washington in 2005 and worked at the Saudi Embassy as a key adviser to the ambassador.

"He was very close to the royal family in Saudi Arabia," said Khaled Saffuri, an Arab-American activist in Washington who knew Khashoggi for 25 years.

"We used to get together for cigars for lunch or breakfast once in a while and chat," he said. "We also met frequently at think tanks here in D.C. Whenever there was an event about the Middle East he never missed it."

As a journalist in his younger years, Khashoggi interviewed al-Qaida leader Osama bin Laden in the 1980s. Bin Laden was then fighting the Soviet army in Afghanistan and still tolerated by the Saudi establishment.

Khashoggi later became a newspaper editor, though he was fired twice for coverage that offended the royal family.

"Well, you know, he was an independent mind. He thought his own way," said Saffuri.

"That was his biggest project, leading a station," Ahmed said.

But on the very first day, the station aired an interview with a prominent government critic. "In six hours, that station was shut," Ahmed said.

Until this point, Khashoggi had been a fixture in the Saudi media for years. "He was on Saudi TV every day," said Ahmed. But as Mohammed bin Salman began shaking up the kingdom, Khashoggi was effectively barred from media appearances.

"So when he was silenced, he couldn't tweet because he was on the losing end of this palace infighting," Ahmed said. "I think that bothered him. So he wanted to breathe and to say what he wanted. And I think that's why he left."

Moving to the U.S.

Khashoggi moved to the Washington suburb of McLean, Va., last year. Though this was self-imposed exile, he was living in the same house he had bought a decade earlier when he represented the royal family at the Saudi Embassy.

In recent days, President Trump noted that Khashoggi wasn't a U.S. citizen, which is true, but he did have many ties to America.

Khashoggi graduated from Indiana State University in 1982. His four adult children were all U.S. educated, and at least two are U.S. citizens, according to his friends.

And as he began remaking his life in the U.S., Khashoggi became more critical of the crown prince.

"The power struggle is over. [Mohammed is] totally in control, and he has no one to challenge his rules," Khashoggi told NPR's Michel Martin in May.

On Oct. 2, Khashoggi entered, and died at, the Saudi Consulate in Turkey — the country where his family lived for generations before moving to Saudi Arabia.