Accessibility links
'The Hate U Give' Star Says The Novel Was Like 'Reading My Own Diary' Like protagonist Starr Carter, Amandla Stenberg grew up in a black neighborhood, but attended an overwhelmingly white school. She stars in the adaptation of the novel about a fatal police shooting. 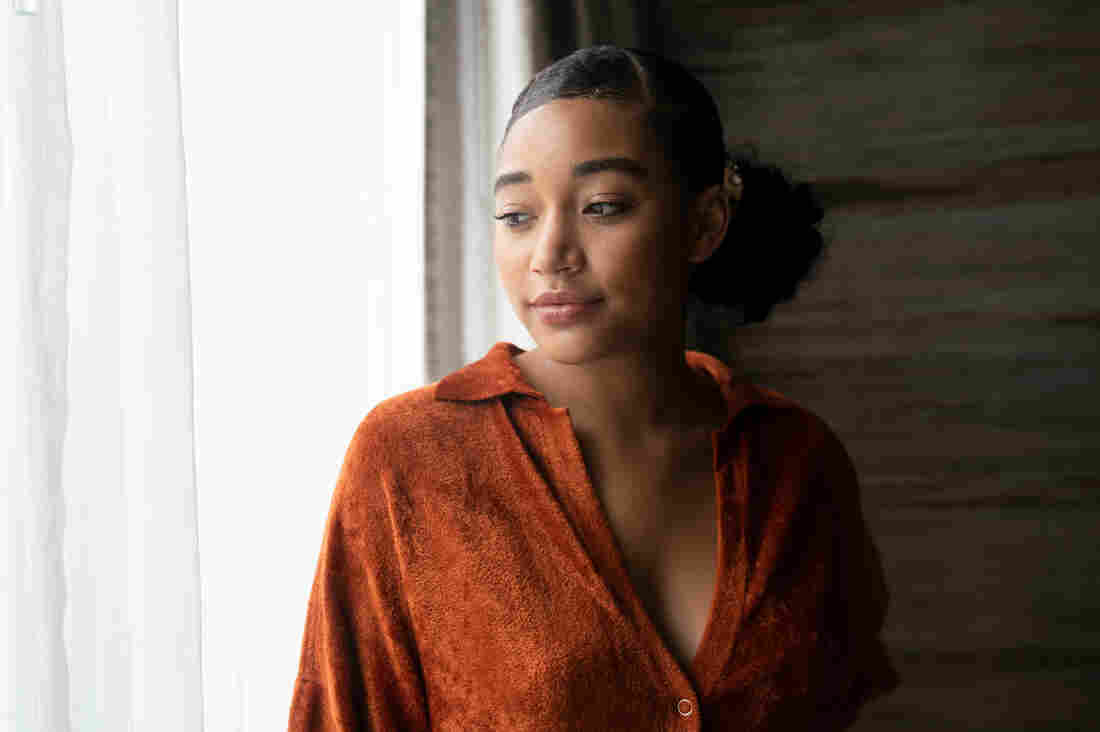 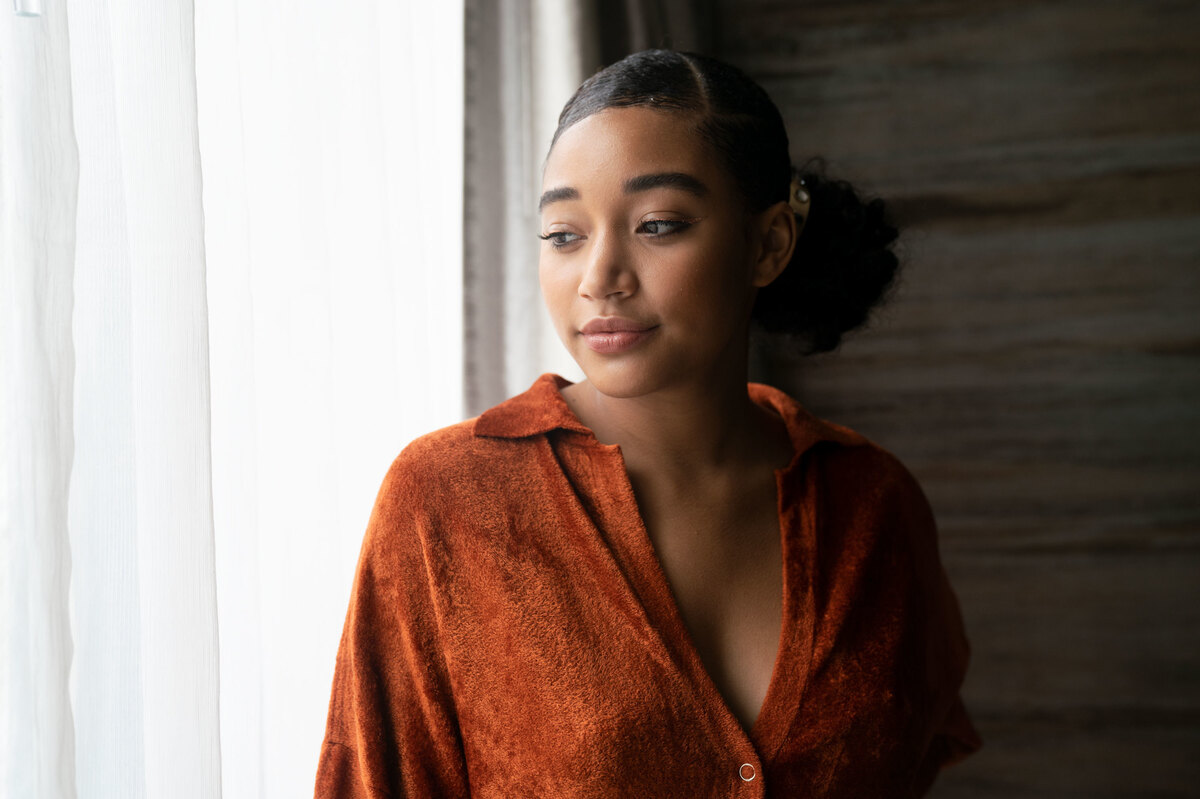 Amandla Stenberg stars as Starr Carter in the film adaptation of Angie Thomas' young adult novel The Hate U Give.

As Amandla Stenberg prepared for her lead role in the film adaptation of The Hate U Give, she devoured Angie Thomas' 2017 young adult novel. "Reading the book became this strange, spiritual thing because it started to feel like I was reading my own diary," she says.

Like protagonist Starr Carter, Stenberg grew up in a black neighborhood, but attended an overwhelmingly white school. "I had a very parallel experience," she says. Stenberg was 10 when she began attending a school across town; she was one of just four black girls in her grade.

"I became really familiar with the experience of being isolated in my ethnicity," Stenberg says. She found it hard to "show all the way up" or be fully herself.

"I wanted to fit into this space in which the culture was really white and privileged and kind of alternative," she says. "So I learned how to adapt to that environment in order to feel included."

In the movie, Starr also learns to code switch to fit in. "That means flipping a switch in my brain" around her prep school classmates, she says. But she's proud of where she's from — Starr "loves her blackness," Stenberg explains.

One night, Starr and her childhood friend Khalil are pulled over by a white police officer who shoots Khalil when he mistakes his hairbrush for a weapon.

Thomas told NPR she was inspired to write The Hate U Give after the fatal shooting of Oscar Grant — a young, African-American man who was killed by a white transit officer in Oakland on New Year's Day in 2009.

Grant was unarmed when he was shot, and Thomas was struck by the media coverage that focused on Grant's criminal record rather than the circumstances of his death. "More people were talking about what he had done in his past than the fact that he unjustly lost his life," Thomas said.

Starr is the only witness to Khalil's killing. While she wants the police officer to face justice, she's afraid to speak out. Without giving too much away, she has good reasons for wanting to hold back.

But Starr's father doesn't accept her silence — he raised his children to fight to be heard. He's taught them the Black Panther's Ten-Point Program — including "an immediate end to police brutality and murder of black people" — and to work for justice "by any means necessary."

"So why you gonna be quiet?" he asks Starr.

There were special screenings of the film around the country before its official release. Students at Washington, D.C., area public schools had the opportunity to see the film at the Smithsonian National Museum of American History.

Tiana Minor, 16, who attends Fauquier High School in Virginia, says society tries to "overlook" or "sugarcoat" issues of racial injustice. She thinks the film will help people open their eyes to what she knows are "real-life problems."

Minor's classmate, Devon Lewis, 16, says he understands Starr's reluctance to speak out. "She wants to talk, but she can't because she just doesn't have the voice yet," he says. Lewis adds that he liked the way the father in the story named his daughter "Starr" for "light." That's a detail Stenberg likes, too.

Activism And Identity Meet In 'The Hate U Give'

"Something that's so beautiful about black culture is that we give our children power in their names," Stenberg says. "My name actually means 'power' in Zulu and Xhosa. It was something that my mom was very intentional with. I think we recognize that it's a tough world out there, and so we give our children names that they can use as superpowers."

This notion of what you "give your children" is referenced in the title of the book and movie: The Hate U Give. It comes from Tupac Shakur's THUG LIFE: The Hate U Give Little Infants F***** Everybody. As Amandla Stenberg says — the love you give is even more powerful.