Accessibility links
The Viral Obituary Of An Opioid Addict: 'She's Just One Face' Of The Epidemic An obit for a young mother who died after struggling with addiction gained national attention this week. Her sister wants to remind readers: "So many people with addiction don't resemble the photo." 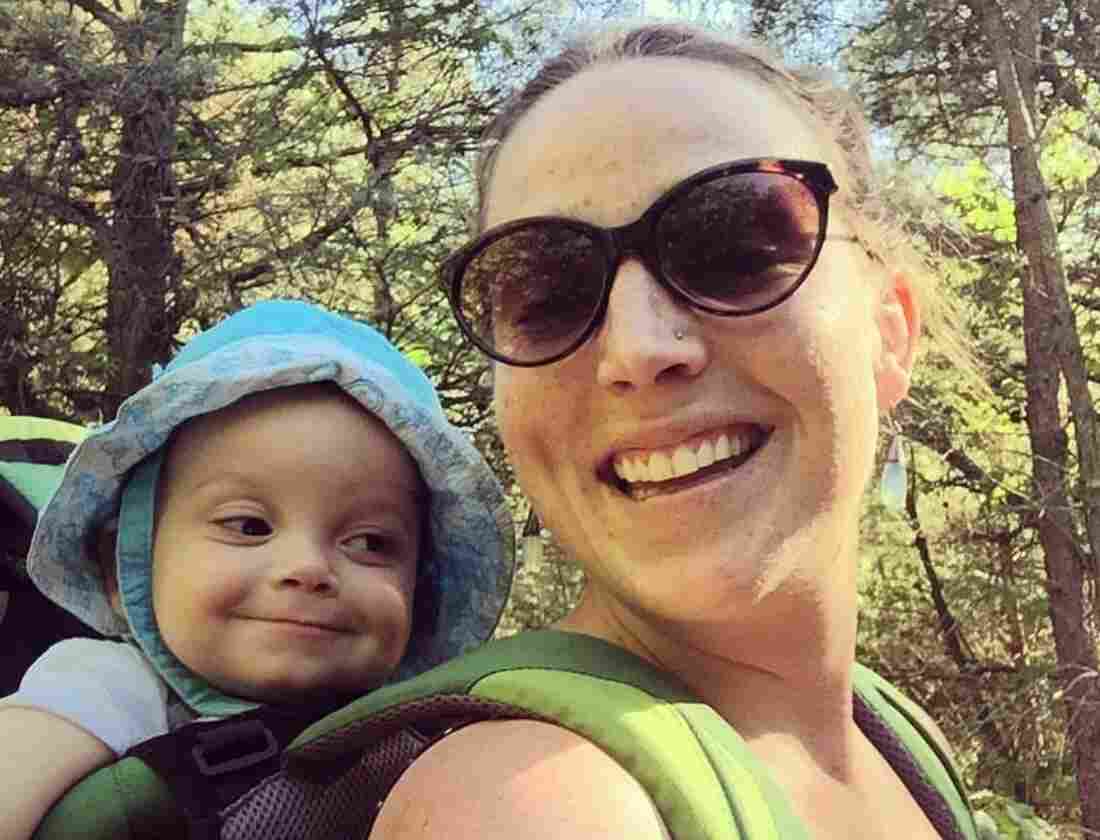 Thirty-year-old Madelyn Linsenmeir, pictured on one of her routine walks with son Ayden. "Her addiction didn't define her, but it did define the way she lived," Linsenmeir's sister, Kate O'Neill, wrote in an obituary that moved readers nationwide this week. Courtesy of Maura O'Neill hide caption 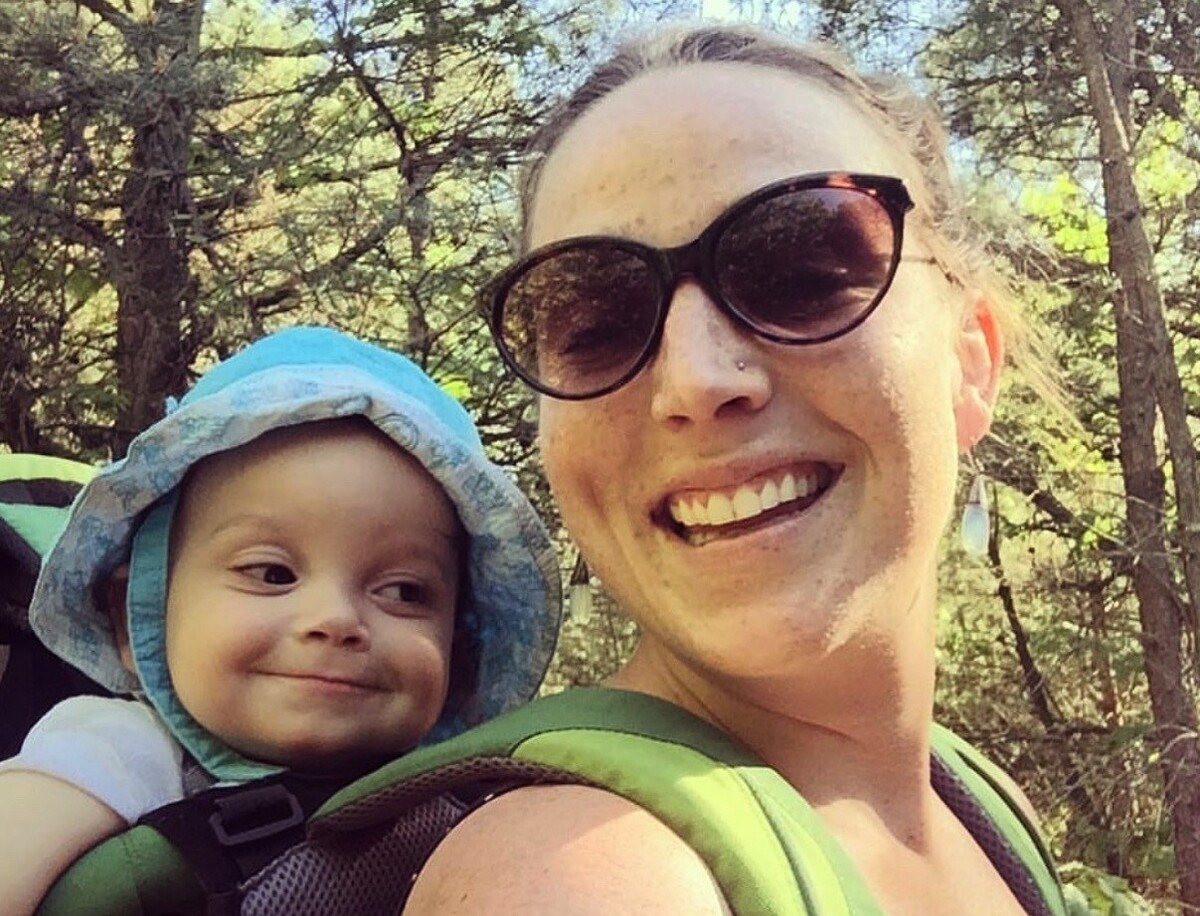 Thirty-year-old Madelyn Linsenmeir, pictured on one of her routine walks with son Ayden. "Her addiction didn't define her, but it did define the way she lived," Linsenmeir's sister, Kate O'Neill, wrote in an obituary that moved readers nationwide this week.

Every day, the opioid epidemic claims an estimated 115 lives. But rarely, does any one casualty gain the type of attention that the obituary for a young mother, published on the website of The Burlington Free Press, received earlier this week.

In the obituary, Kate O'Neill writes about how her sister Madelyn Linsenmeir's 12-year-long battle with addiction led to her death. Beneath a photo of the smiling 30-year-old, her toddler son hoisted on her back, O'Neill portrayed Linsenmeir as well-rounded, a gifted singer and a warm presence.

"Though we would have paid any ransom to have her back, any price in the world, this disease would not let her go until she was gone," O'Neill writes about her sister.

O'Neill never expected the obit to gain the traction it did. Major media outlets, from The Washington Post to People magazine, described Linsenmeir's obit as "heartbreaking" and "poignant." On Twitter, Ivanka Trump pronounced Linsenmeir's story as "raw" and "devastating."

Amid an opioid crisis that has indiscriminately gripped nearly every corner of the country, what made her story resonate so much?

Tragically, O'Neill says, the stigma of addiction all too often sets significant barriers to saving lives, even though nearly a third of Americans know someone who is or has been addicted to opioids, according to the American Psychiatric Association.

O'Neill felt she couldn't pay tribute to her sister without highlighting the realities of an addiction that began at age 16 when Linsenmeir first tried the prescription painkiller OxyContin at a high school party.

"That part of her life, it was so central to who she was as an adult," she says. "Her addiction didn't define her, but it did define the way she lived. To not include that would not have been an accurate honoring of who she was." 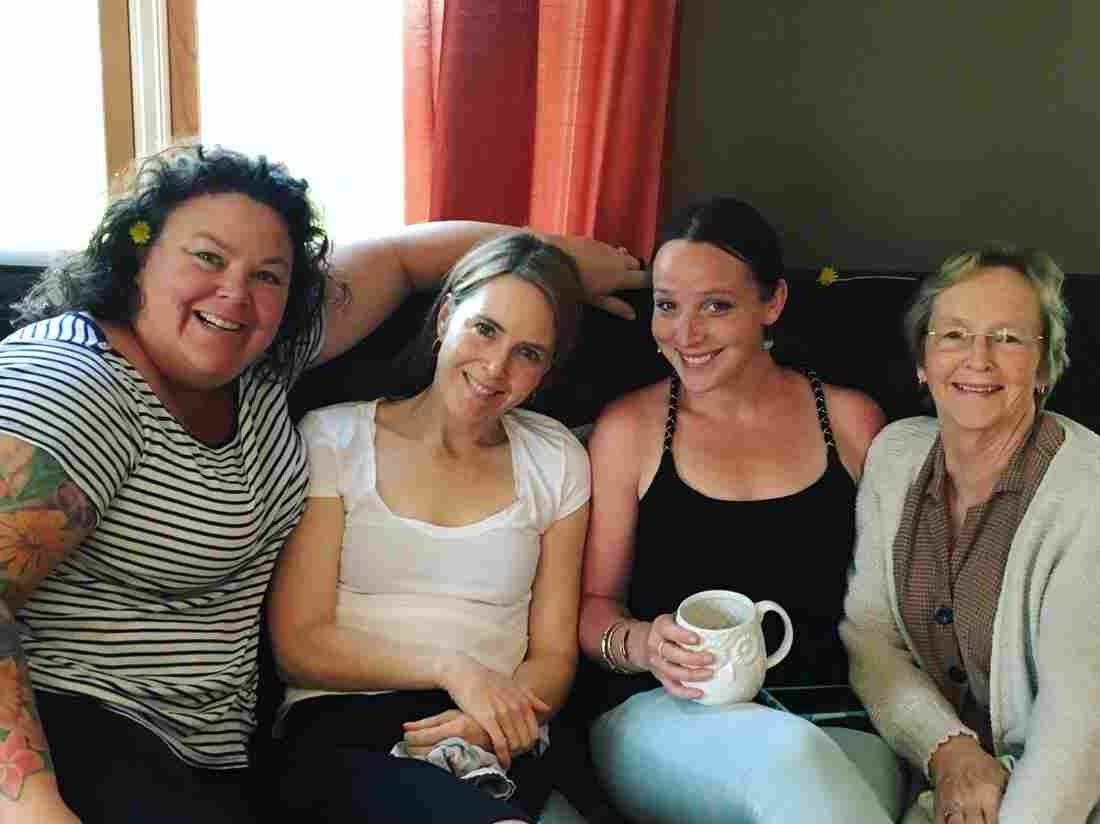 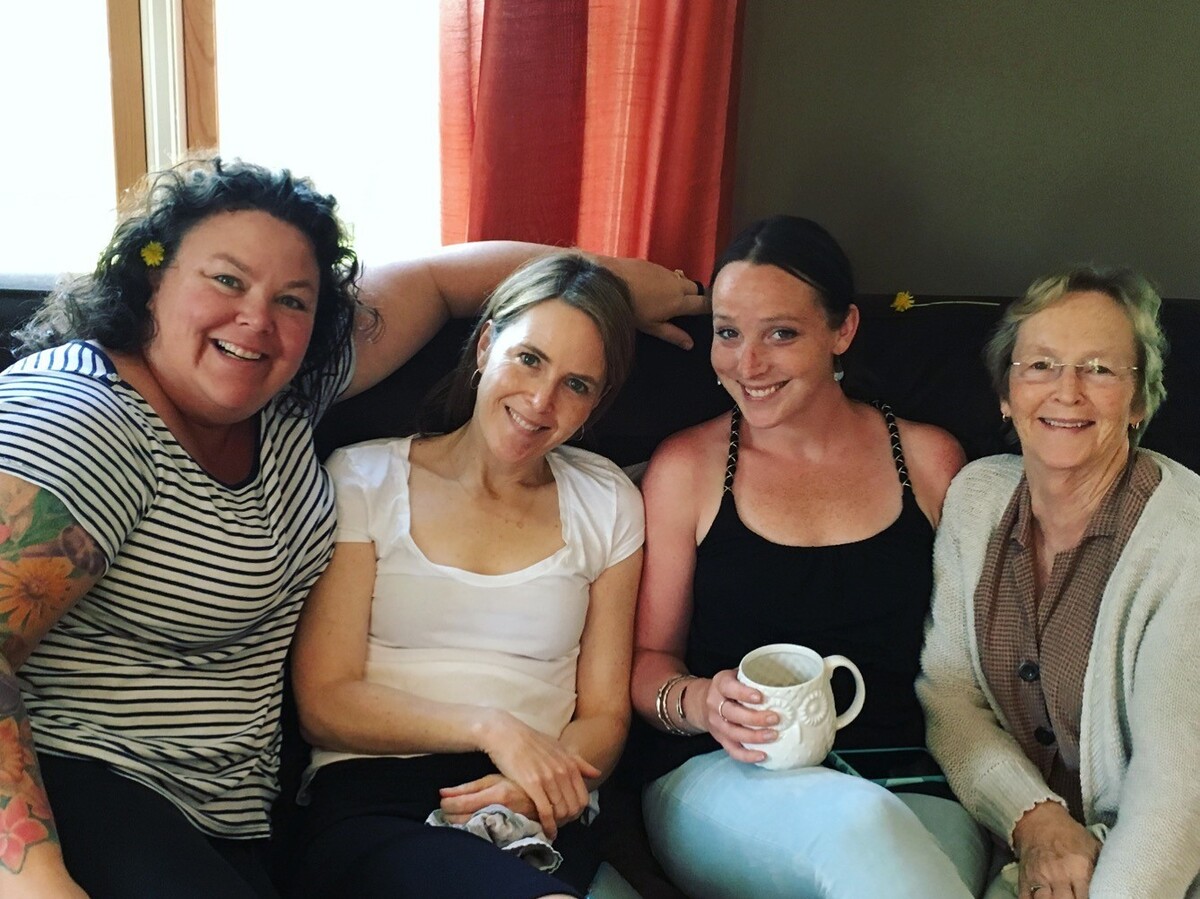 Brandon del Pozo, a police chief in Linsenmeir's hometown of Burlington, agrees with that point. But he laments that the thousands of lives lost to addiction each year are unable to hold the nation's attention in quite the same way as Linsenmeir's story was able to do. More than a week after death, her story managed to have lasting power amid today's tumultuous news cycle.

Did readers think this was the first time a beautiful, young, beloved mother from a pastoral state got addicted to Oxy and died from the descent it wrought? And what about the rest of the victims, who weren't as beautiful and lived in downtrodden cities or the rust belt? They too had mothers who cried for them and blamed themselves.

The obit was "poignant and true," del Pozo tells NPR, "But it's not new." He felt compelled to respond to the accelerating national traction when People — a publication with a massive and diverse readership — published Linsenmeir's story. "We should've been having this conversation years ago," he says.

As he argued on Facebook, "[I]f Maddie was a black guy from the Bronx found dead in his bathroom of an overdose, it wouldn't matter if the guy's obituary writer had won the [Man] Booker Prize, there wouldn't be a weepy article in People about it."

He points out that the latest wave of the opioid epidemic has cut across all races and classes in the past decade.

"People say they care, but best policy responses have fallen on deaf ears," he says.

When del Pozo stepped in as police chief in 2015, he was tapped by Burlington Mayor Miro Weinberger to help lead the city's public health efforts.

Among the best practices the city has implemented is to ease access to buprenorphine — an anti-addiction medication that many doctors are still unable to prescribe.

"If you ask public health researchers what we should do [to combat opioid abuse] we're doing them," del Pozo says.

Kate O'Neill's thoughts about how to combat opioid deaths align with those of Burlington city leaders. "Our hope also now lies with policymakers and politicians and the people who can make the change necessary so that these deaths stop happening," she says. "Let's put our money where our tweets are."