Accessibility links
Nation's Only Independent Gov. Drops Re-Election Bid In Alaska And Backs Democrat Three days after his lieutenant governor resigned for an "inappropriate overture," Bill Walker, polling far behind the Republican candidate, dropped out of the race to endorse Democrat Mark Begich. 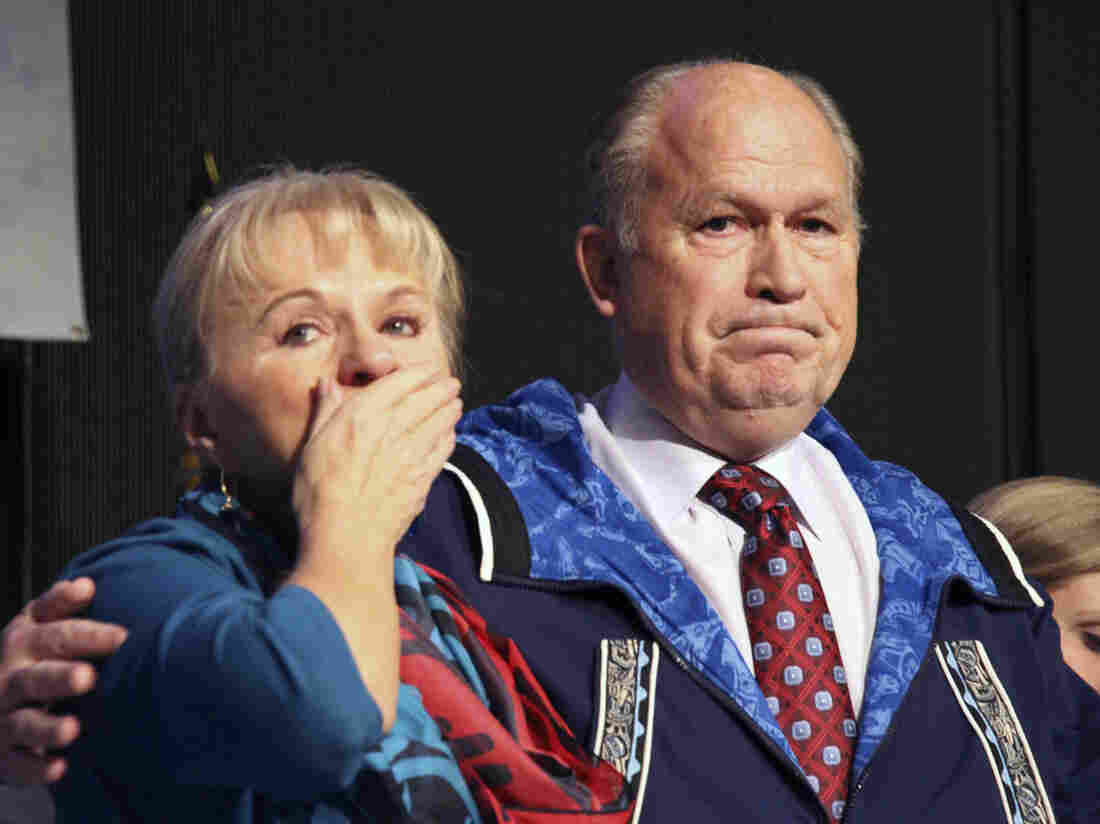 Donna Walker blows kisses to the crowd as her husband, Gov. Bill Walker, announced he was suspending his re-election bid and supporting Democrat Mark Begich. He has been far behind in the polls, and his lieutenant governor resigned for an "inappropriate overture" three days earlier. Mark Thiessen/AP hide caption 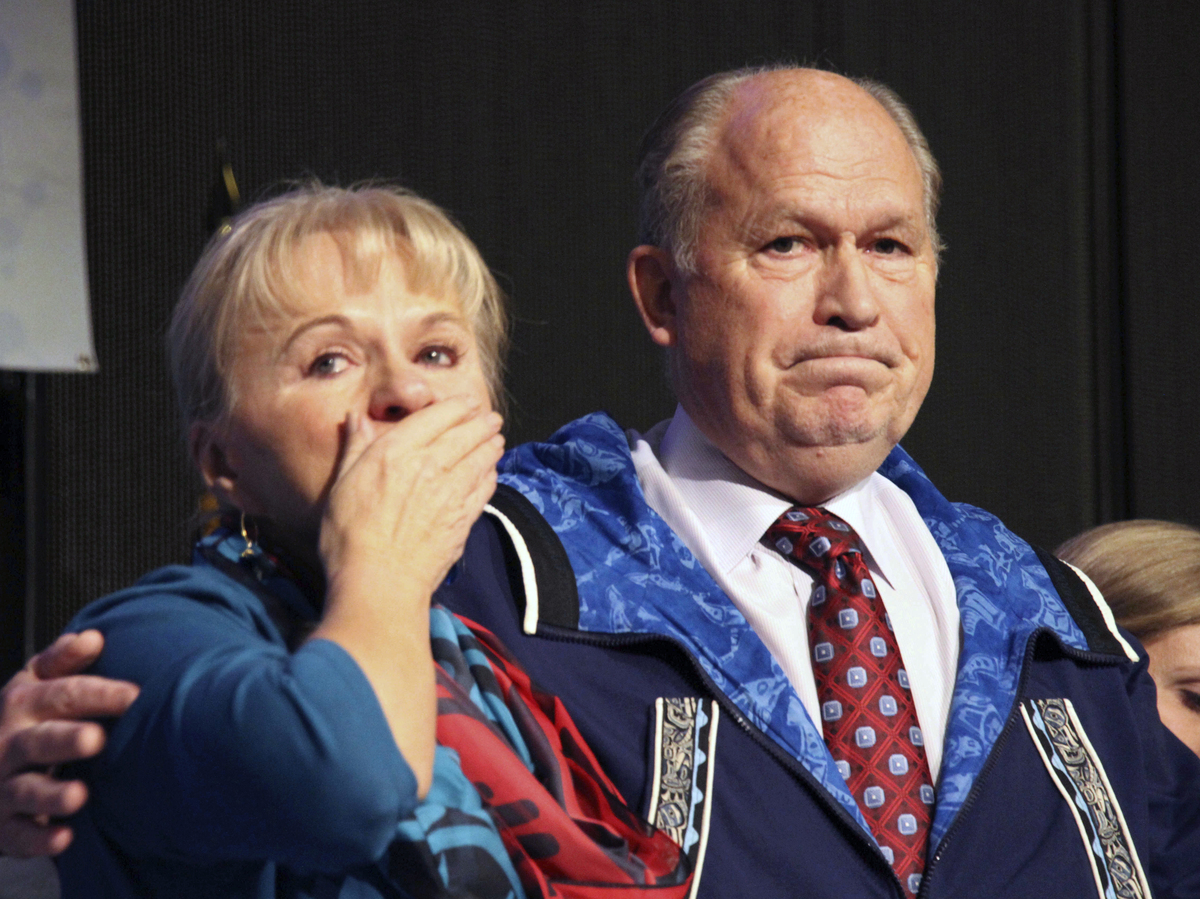 Donna Walker blows kisses to the crowd as her husband, Gov. Bill Walker, announced he was suspending his re-election bid and supporting Democrat Mark Begich. He has been far behind in the polls, and his lieutenant governor resigned for an "inappropriate overture" three days earlier.

It's too late to remove Walker's name from the ballot, so it will take work by Begich's campaign to inform voters about Walker's campaign suspension.

Walker's decision comes three days after his lieutenant governor, Byron Mallott, resigned over what Walker says was an "inappropriate overture" toward an unnamed woman. Walker has declined to provide more details, citing the woman's privacy.

Alaska also had a race with three major candidates for governor narrowing down to two candidates in 2014.

Mallott, an Alaska Native leader, was the Democratic nominee for governor that year. But he agreed to join Walker's ticket after polls suggested that they would lose in a three-way race against then-Gov. Sean Parnell, a Republican who had succeeded Sarah Palin in 2009. The Alaska Democratic Party backed the Walker-Mallott ticket, which narrowly defeated Parnell.

Walker had one of the highest approval ratings of any governor in the country early in his term. But that approval fell steadily after his veto cut the amount of money the state sends every Alaska man, woman and child from its oil wealth.

Money from oil allowed Alaska to be the only state without either an income tax or a sales tax while having the country's highest level of state and local government spending. Walker argued that his proposals were fiscally responsible, but they weren't popular. The Alaska Legislature voted twice to reduce the oil-wealth payments, but many Alaskans continued to blame Walker. He now has one of the lowest approval ratings of any governor.

Begich built a reputation as a moderate in the Senate. But he's run to the left of Walker. He has highlighted his support for abortion rights and his opposition to Supreme Court Justice Brett Kavanaugh.

"I do want to acknowledge the amazing, courageous action that the governor did," Begich said. "He was about Alaska."

Dunleavy was one of Alaska's most conservative lawmakers. He left the state Senate over his concerns about the reductions to oil-wealth payments. He's the only Alaska state senator of a majority party who in the past 30 years never was the primary sponsor of a law.

But his conservative positions resonated with Republican voters. He defeated businessman and former Lt. Gov. Mead Treadwell in the primary.

Dunleavy said Walker's campaign had a problem after Mallott resigned.

"I think it was a surprise — not a shock, a surprise — given what happened with the lieutenant governor," he said of Walker suspending his campaign. "But we've always been focused ... on our race, what we stand for, getting the message out. So we're going to keep forging ahead."

Walker announced his decision at the convention of the largest Alaska Native organization, the Alaska Federation of Natives.