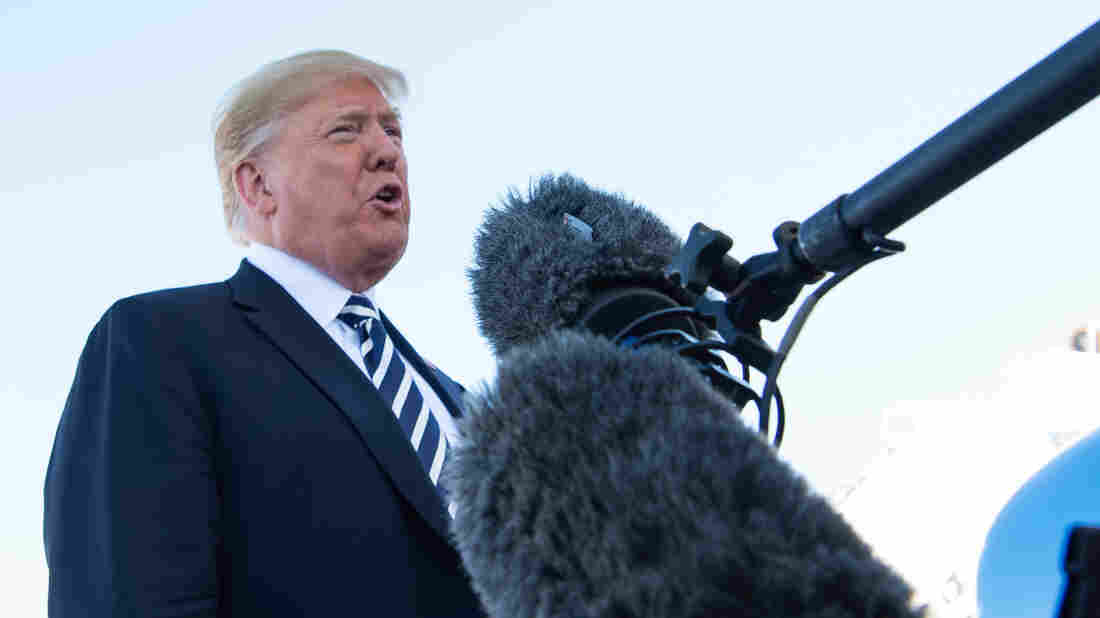 President Trump speaks to reporters before boarding Air Force One in Elko, Nev., Saturday. He said the U.S. would withdraw from a nuclear arms treaty with Russia and accused Russia of violating it. Nicholas Kamm/AFP/Getty Images hide caption 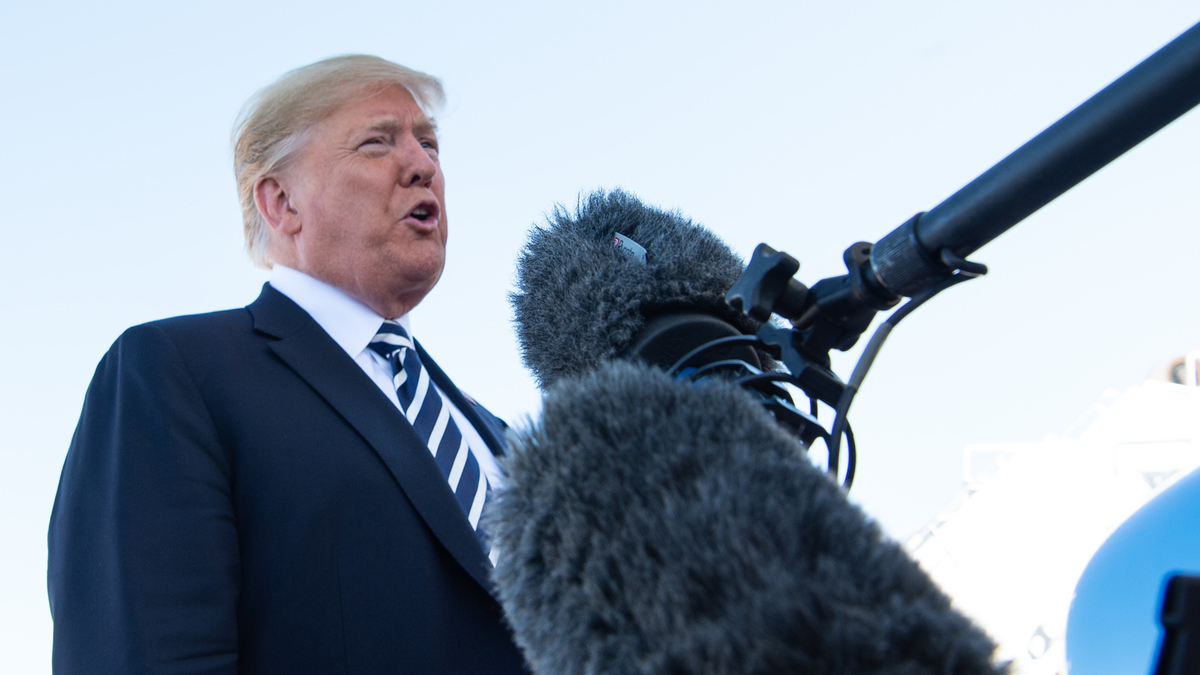 President Trump speaks to reporters before boarding Air Force One in Elko, Nev., Saturday. He said the U.S. would withdraw from a nuclear arms treaty with Russia and accused Russia of violating it.

President Trump said the U.S. will withdraw from a decades-old treaty with Russia that eliminated a class of nuclear weapons after he accused Russia of violating the treaty.

Signed by President Reagan and Soviet leader Mikhail Gorbachev in 1987, the Intermediate-Range Nuclear Forces Treaty banned the U.S. and Soviet Union from having "ground-launched ballistic and cruise missiles with ranges of between 500 and 5,500 kilometers," and required the destruction of the missiles, launchers and "associated support structures and support equipment," according to the State Department.

The two countries eliminated 2,692 missiles after the treaty's "entry-into-force" in 1988, the agency says.

For several years, U.S. officials have accused Russia of violating the agreement.

General Paul Selva, vice chairman of the Joint Chiefs, told Congress in March 2017 that military officials "believe that the Russians have deployed a land-based cruise missile that violates the spirit and intent" of the treaty.

The Obama administration said Russia violated the INF treaty in 2014 by testing a ground-launched cruise missile. But the Obama administration "chose not to leave the agreement because of objections from the Europeans — particularly Germany — and out of concern that it would rekindle an arms race," The New York Times noted.

Russian Deputy Foreign Minister Sergey Ryabkov told the state-owned Tass news that withdrawal from the treaty "would be a very dangerous step, which, I'm sure, won't be just understood by the international community, but arouse serious condemnation of all members of the world community, who are committed to security and stability and are ready to work on strengthening the current regimes in arms control."

The end of the INF treaty "could spell doom" for the New START Treaty, as NPR's David Welna noted of the big remaining arms reduction agreement with Russia, which was signed in 2010. New START includes a limit to 1,550 nuclear warheads on deployed intercontinental ballistic missiles for each country.

Trump national security adviser John Bolton is traveling to Moscow this week and will reportedly tell Russian President Vladimir Putin that the U.S. plans to leave the treaty.