Accessibility links
Miranda Lambert Is The 21st Century's Advocate Of Imperfection Taking on all manner of "shouldn'ts" is a specialty of Lambert's, whose body of work knowingly disobeys the rules of feminine decorum. Who else has been more strong-willed and sisterly at once?

Miranda Lambert Is The 21st Century's Advocate Of Imperfection

Miranda Lambert Is The 21st Century's Advocate Of Imperfection 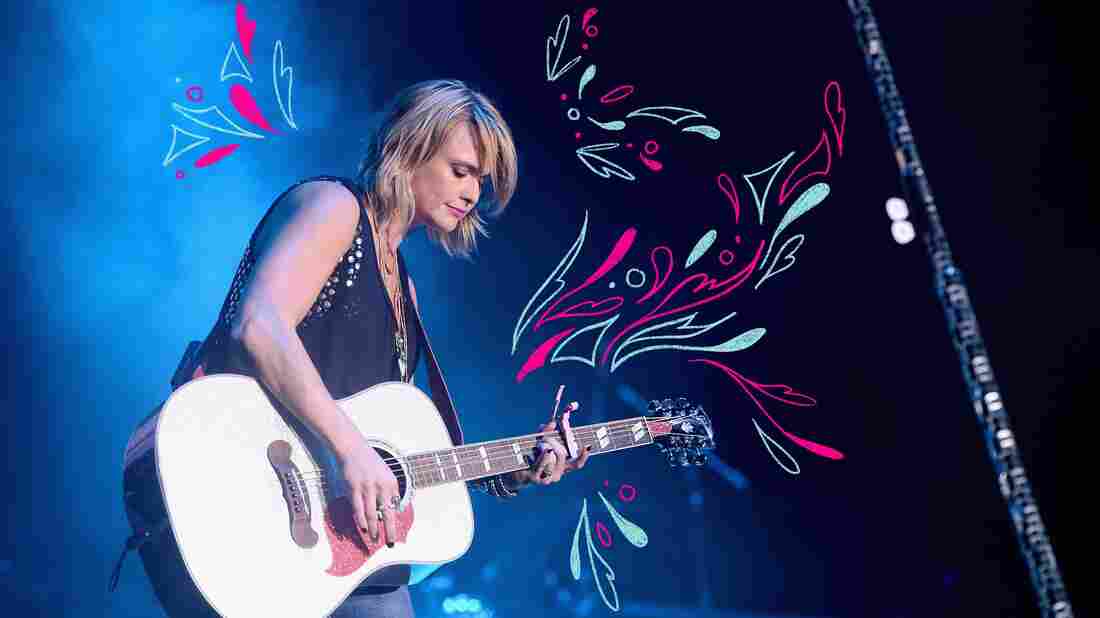 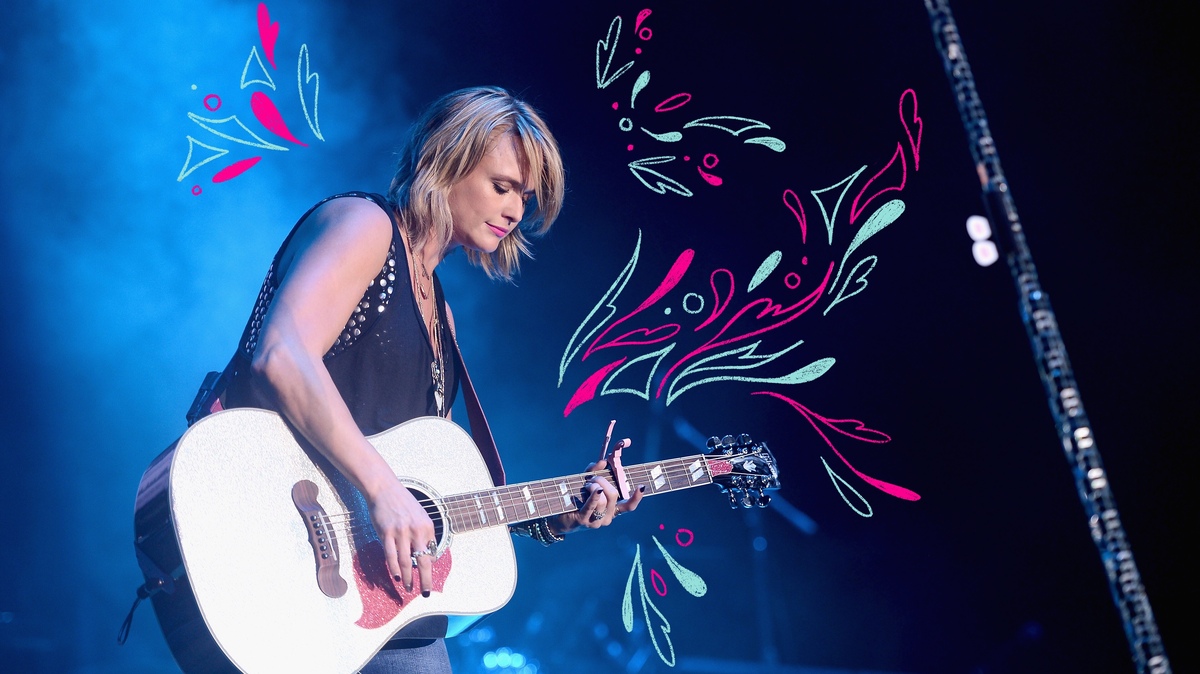 The timing of Miranda Lambert's 2016 song "Vice" definitely made a statement. Here she was, releasing her first single after her marriage to a fellow country star, one of the more popular pairings in the genre's history, came to an end. She could have tried to stoke sympathy or burnish her image with a classic breakup anthem, the sort of tune that would cast her in the role of a righteous woman relieved to be rid of a villainous ex. Instead, she sang about coping with loneliness by yielding to an appetite for sad songs and casual flings. "Another vice, another call, another bed I shouldn't crawl out of at 7 AM with shoes in my hand," Lambert brooded over glacial guitars, sounding acutely self-aware and unrepentant. "Said I wouldn't do it, but I did it again. And I know I'll be back tomorrow night." The way she seemed to steel herself against judgment felt both devastating and powerfully relatable.

On 'The Weight Of These Wings,' Miranda Lambert Improvises A Life

Taking on all manner of "shouldn'ts" is a specialty of Lambert's. Throughout the remarkable body of work she's created over the last 14 years, she's knowingly disobeyed the rules of feminine decorum and devoted ample wit to critiquing social strictures placed on women's behavior. At nearly every turn, within and beyond the music, she's asserted a restless desire to keep growing alongside a complete disinterest in striving for respectability or perfection. That's a fresh take on country music's class consciousness; her rejections of middle-class propriety illuminate blue-collar emotional complexity in new ways. Both society and the entertainment industry exert subduing pressure on women, and she deserves to be celebrated for the ways she's professionally and artistically resisted it. She's given us a 21st-century model of grown-ass womanhood that will not be chastened. Who else has been more strong-willed and sisterly at once?

Lambert's voice, vantage point and commitment to the artistry of songwriting and album-making would leave their mark on any era, but in the contemporary country music industry, she's been a revelation, an intervention and an archetype of self-determination. Emerging in the wake of the Dixie Chicks' acrimonious 2003 split from the country format, she faced a sobering new reality; many industry gatekeepers were reluctant to take chances on women artists, especially those who spoke their minds.

That didn't discourage Lambert from inhabiting the roles of belittled and battered women whose rage had spurred them to fight back (see: "Kerosene," "Gunpowder & Lead," "Crazy Ex-Girlfriend"). She scoffed at the reductive, literalistic interpretations of those revenge fantasies that gave her zero credit for imagination, and focused on developing and displaying her range. She dared zoom in on female characters from unflattering angles, depicting unfaithfulness ("Dear Diamond"), irreverence ("Heart Like Mine"), spitefulness ("White Liar"), saucy rivalry ("Only Prettier"), excruciating insecurity ("Bathroom Sink") and self-destructive patterns ("Ugly Lights") with earthy insight. In the campy, Stepford Wives-conjuring video for her wild-eyed hit "Mama's Broken Heart," she dramatized a meltdown behind closed doors. When the lyrics quoted the appearance-conscious mandate, "Go and fix your makeup," she contorted her mascara-smeared face into a comically unhinged sneer.

It's central to Lambert's identity and image that she writes or co-writes most of the songs in her repertoire and applies her connoisseurship to choosing the rest. As a writer, she's shrewdly conversational and exacting in her frankness. But it's just as important that she knows how to put a song across. She has a naturally nervy timbre and a vinegary drawl that bends syllables for added bite. She needn't use blunt force to cut through; she can be contemplative, confiding or confrontational by deftly modulating her tone and attack. Over the years, she's leaned on studio pros who help accentuate that immediacy, rather than building a bulwark of blocky, high-gloss production around her voice, an approach favored by many of her contemporaries.

Line up Lambert's album covers in chronological order and you can get a sense of the conscious tug of war she's had with the glamorous self-presentations we expect from our female celebrities, even those who rise to fame in country music. She started out in minimum makeup and jeans and wound up reaching for visual elements — an acoustic guitar; a car engulfed in flames; an Airstream trailer — that would tether her to her tough side and reaffirm her seriousness about her craft, even when she was wearing a couture gown. Presenting herself in anything less than a multifaceted way wasn't an option. She bristled at the message that her body didn't conform to an unrealistic feminine ideal, letting her fans in on her frustration at being told to diet and making them feel that she shared their struggles.

Lambert's style is to be disarmingly open about the discomfort she feels stepping into formal contexts. Just last month, she spent two nights headlining a stately theater as the 2018 Artist-in-Residence of the Country Music Hall of Fame and Museum, an honor bestowed on Jason Isbell the previous year. A few minutes into the first performance, she confessed her nervousness and urged the seated audience members to join her in cultivating a more casual atmosphere. Then she toasted their supportive whoops and hollers with a swig from an insulated mug that, she joked, held her favorite kind of vodka.

Aside from Lambert's dad Rick, who briefly appeared on stage to strum through a song they'd written together in her teens, all of the other guests that she summoned to the stage on both nights were women she counts as influences, collaborators or friends. She devoted the second show to a live reunion of the Pistol Annies, her friskily down-home trio with fellow singer-songwriters Ashley Monroe and Angaleena Presley. The scale of Lambert's solo career may dwarf theirs, but their partnership is thoroughly egalitarian and their dynamic one of salty solidarity. On all three of their albums, including the forthcoming Interstate Gospel, they share the spotlight equally. It's no coincidence that Lambert was also the first country headliner of her generation to insist on shaping a tour around an entirely female lineup. At a time when women are marginalized in her native format — when minimizing their presence on playlists is an acknowledged programming philosophy (see: Tomatogate) — these are nothing short of acts of resistance.

Lambert is well aware that polite compliance is what's expected of women in her business, and it hasn't stopped her from doing vital, audacious work yet. She's just as uncompromising about how she spends her cultural and commercial capital as she was about how she earned it. And the singing, songwriting women who've come along since with the urge to dig in their heels, speak their minds and land expertly crafted smart-assed lines have her as an inspiration and an advocate.