Accessibility links
'In My Father's House' Explores How Crime Spreads Through Generations Nearly 60 people in the Bogle family have been incarcerated. In a new book, journalist Fox Butterfield chronicles the Bogles' history to show how crime runs in families — and disentangle it from race. 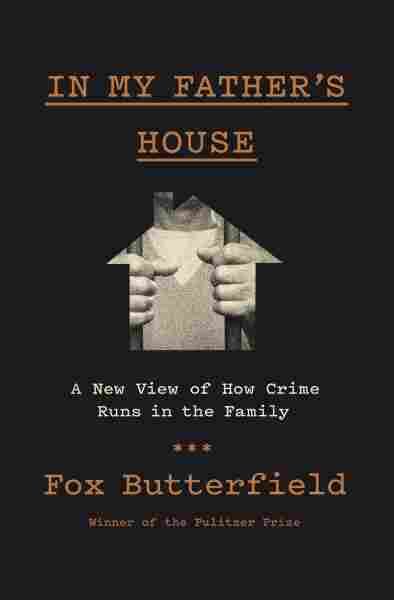 In My Father's House

A New View of How Crime Runs in the Family

When "Rooster" Bogle — born Dale Vincent Bogle — used to drive by the Oregon State Correctional Institution with his young sons, he'd gaze out at the prison with nostalgia.

"Look carefully, because when you grow up, you guys are going to end up there," he told his boys.

This wasn't a warning: It was a challenge. And so began the competition for who could be the meanest, baddest Bogle.

Crime was a family affair for the Bogle family. Rooster Bogle was arrested for the first time in 1959 at age 17. Nearly his entire family — including his mother, one of his sisters and all of his brothers — participated in robbing a grocery store in Amarillo, Texas.

Years later, he passed down the tradition to his children: encouraging them to take and resell lumber from the lumber yard, steal Social Security checks from their neighbors' mailboxes, and committing other crimes with them.

In his new book, In My Father's House: A New View of How Crime Runs in the Family, Pulitzer Prize-winning journalist Fox Butterfield chronicles the story of the Bogles — a family that has had nearly 60 members either jailed, imprisoned or sent to juvenile reformatory — which he has traced back to right after the Civil War.

Butterfield covered criminal justice for The New York Times for almost 15 years and previously wrote a book about a black family with multiple generations of criminals, All God's Children: The Bosket Family and the American Tradition of Violence. He says the goal of his new book is to "disentangle race from crime and to show how crime runs in families."

How A Teenager's Actions Changed Punishments For Violent Juvenile Offenders

How A Teenager's Actions Changed Punishments For Violent Juvenile Offenders

At the beginning of In My Father's House, Butterfield offers readers a startling statistic. He writes that findings by criminologists from the United States and other countries found 5 percent of families account for half of all crime.

"And the people who did the statistical studies ... they never went the next step and looked at individual families to see what they looked like and what was going on, [or] why crime spreads in families," Butterfield says.

On how he found the Bogles

It was really an accident. A friend of mine, who worked in the Oregon Department of Corrections, called me one day and we were talking and I asked him if he knew of a white family with a significant number of prisoners in it. And he said, "I'll have to call you back," and he did in a couple of days. He said "I've got a family, they're white, and I think they've got six members who are now or who have been in prison." But we had no idea at that point that there were as many as 60 who had been in prison or jail.

On how family can shape criminal behavior

I started out looking at family values. What was obvious in talking to the Bogles was that they were very conscious of imitating the behavior of their father and of their aunts and uncles, and grandmother and grandfather — all of them had criminal records.

And then they did not have any of what criminologists would call social controls. ... They didn't go to church or Sunday school. They didn't belong to any organization like the Boy Scouts. They didn't have other adult role models.

But beyond that, I began to get interested in if there was any role of genetics. And this, in criminology, has been a no-no or a taboo subject for a long time. ...

In recent years, certainly since the decoding of the human genome, some scientists began to look at behavioral genetics. And there was a professor at Duke who was a criminologist [Terrie Moffitt] and her work identified several genes which could be precursors to impulsivity, which is a characteristic of a lot of criminals.

But she stresses that there's no such thing as a criminal gene. It works in combination with the environment. So if you have a family environment like the Bogles, and you have this variant of the gene, then you have kind of a double whammy. 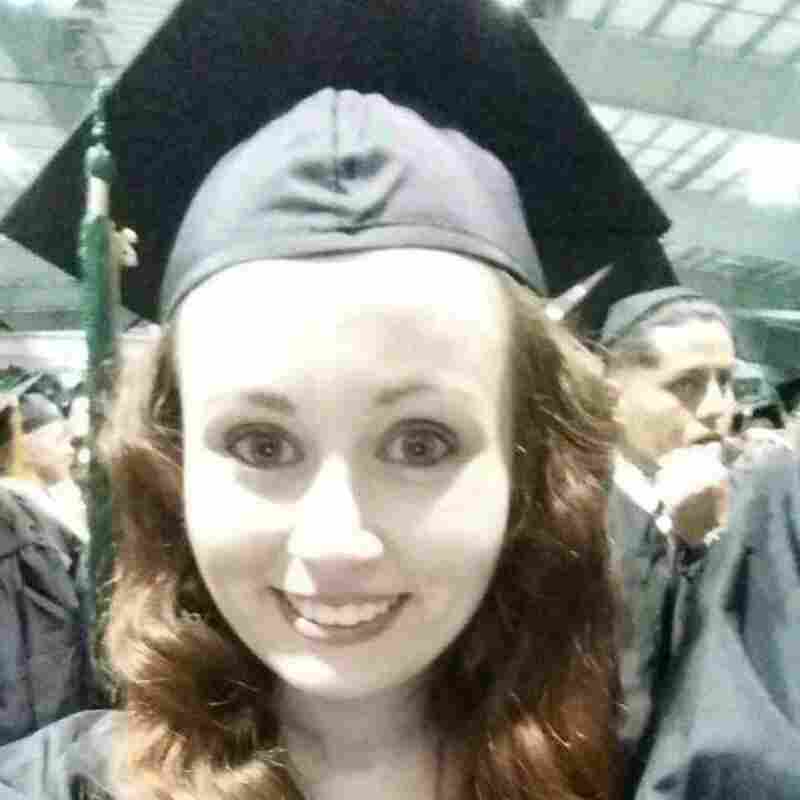 Ashley Bogle became the first member of the Bogle family in 150 years to graduate from college. Courtesy of Penguin Random House hide caption 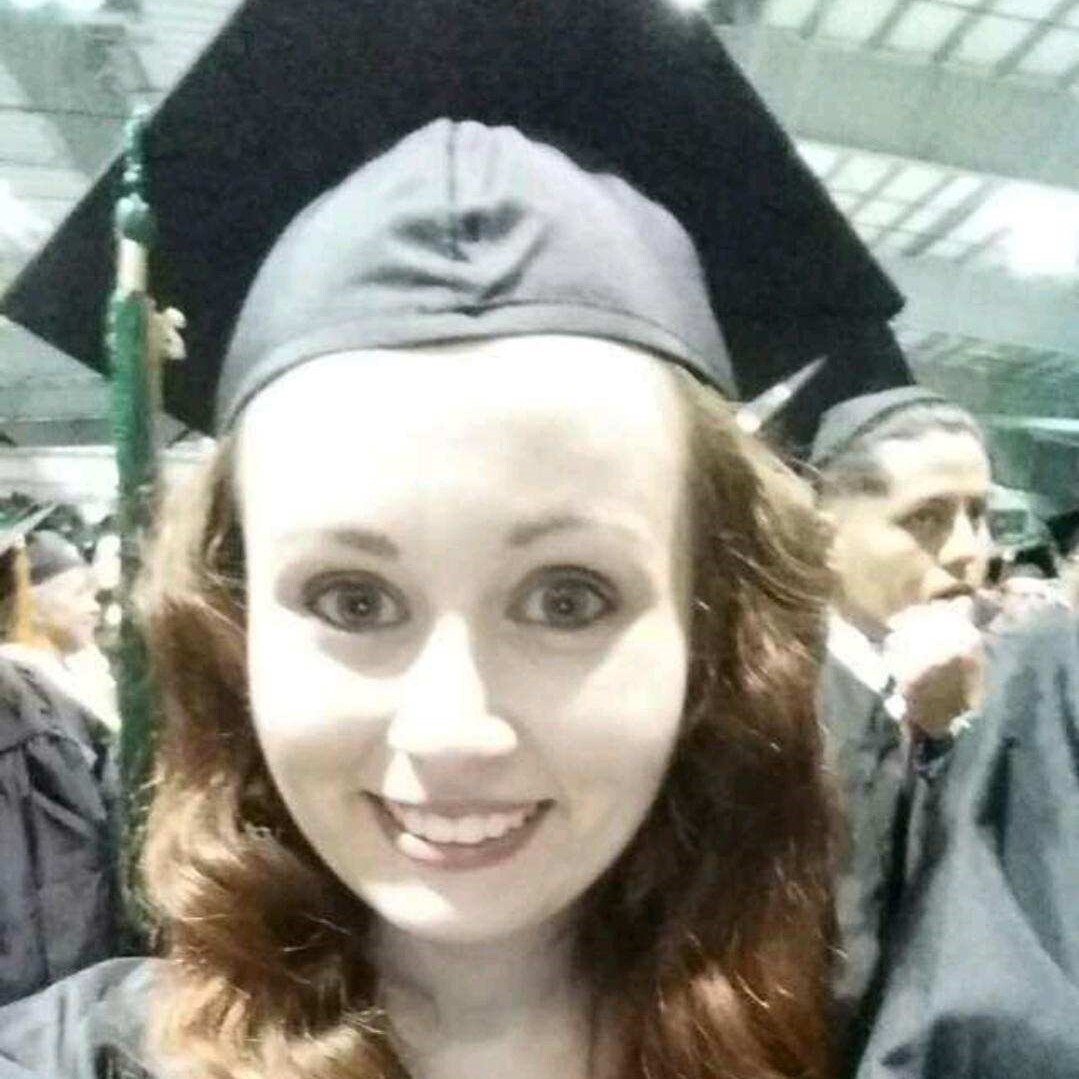 Ashley Bogle became the first member of the Bogle family in 150 years to graduate from college.

On breaking the cycle

[I learned] that ... it's a matter of individual choice in the end. [Ashley Bogle, Rooster's granddaughter,] chose not to do what she saw around her. She didn't like what was happening to everybody else in her family, so she decided to try to stick to a good path. ... And she broke the cycle. And in her case she had a little help because her mother was actually the daughter of a policeman and a prison guard and [the granddaughter of] a nurse. So she had some very good influences in her family that helped overcome some of the Bogle side of her family.

Marc Rivers and Jessica Smith produced and edited this story for broadcast. Cameron Jenkins adapted it for the Web.