Accessibility links
Australian Prime Minister Apologizes To Victims Of Institutional Child Sex Abuse It is the first national apology on behalf of the federal government since a major report published last year showed the problem was rampant in Australia's Catholic Church and other institutions. 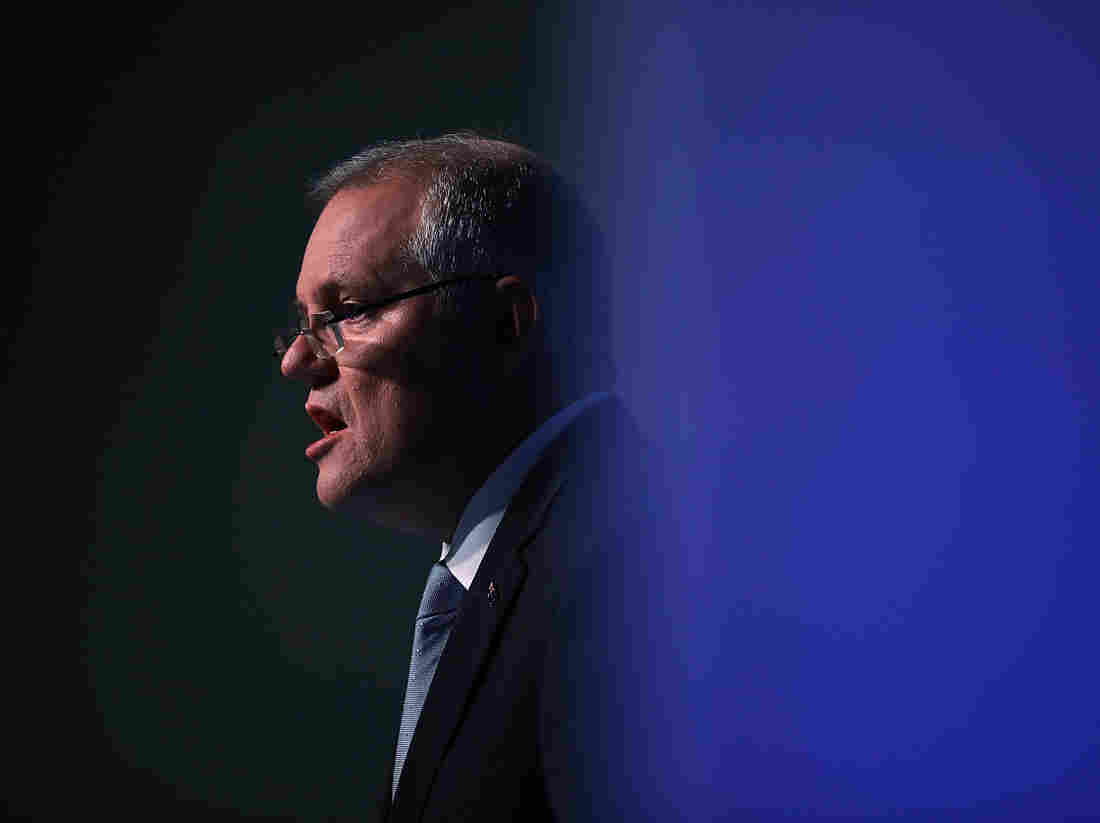 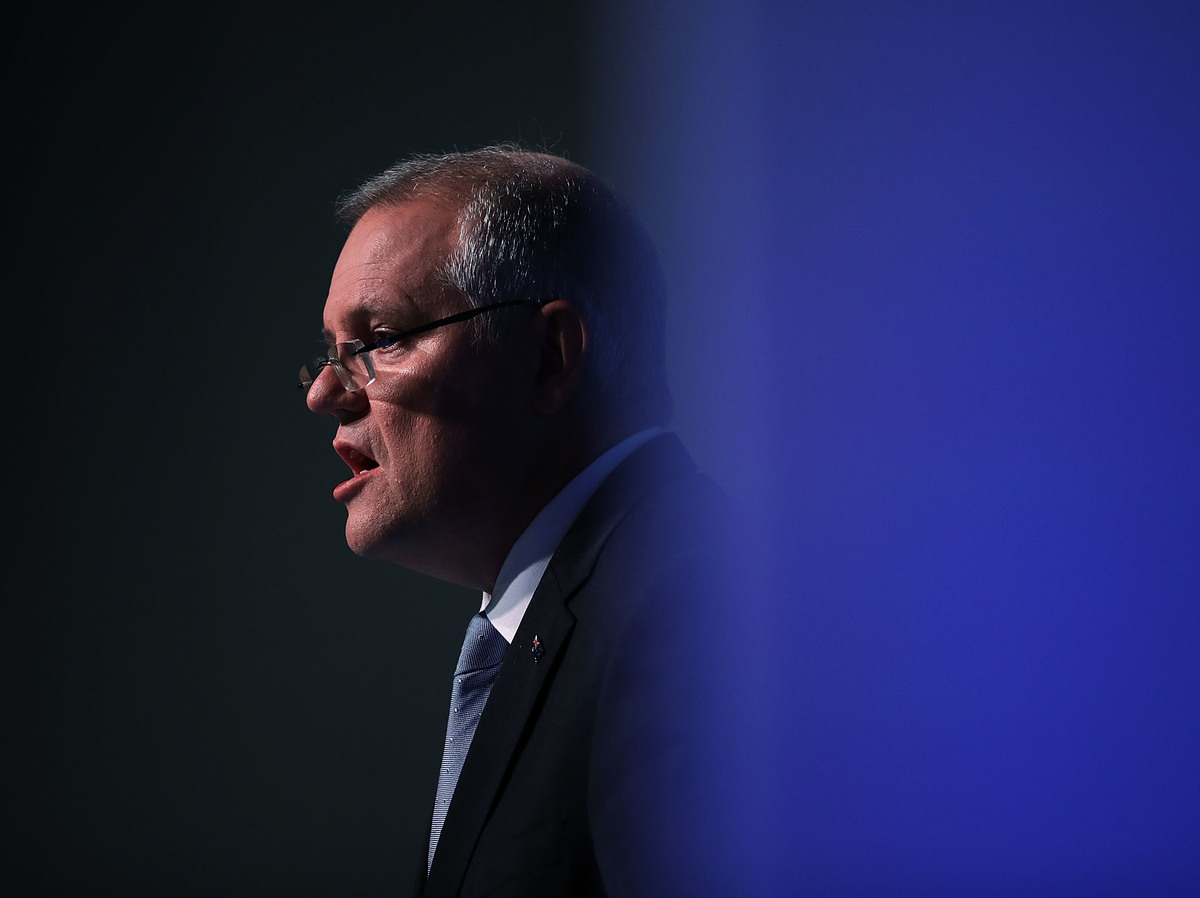 Australian Prime Minister Scott Morrison in May. Morrison apologized to hundreds of victims of child sexual abuse in Australian institutions on Monday.

Australian Prime Minister Scott Morrison issued a national apology Monday on behalf of the government to survivors of institutional child sexual abuse — the first such official statement since a major report last year showed the problem was rampant in Australia.

"Today, as a nation, we confront our failure to listen, to believe, and to provide justice," he said to an audience of hundreds of survivors in Canberra. "We say sorry. To the children we failed, sorry. To the parents whose trust was betrayed and who have struggled to pick up the pieces, sorry."

The Royal Commission into Institutional Responses to Child Sexual Abuse released a report last year, saying tens of thousands of Australian children were abused in their country's institutions, including schools, orphanages, sports clubs and predominately in churches.

"Today, we finally acknowledge and confront the lost screams of our children," Morrison said.

Morrison predecessor, Malcolm Turnbull, said in February he would offer a national apology to survivors before the end of the year. Turnbull left office in August without having done so.

Last year's report was made public after five years of investigation. More than 8,000 people shared their experiences of abuse with the commission. As a result, 2,500 cases were referred to the police.

The report, which covered over four decades, found that seven percent of the country's Catholic priests between 1950 and 2010 allegedly sexually abused children, and identified 1,880 different alleged perpetrators.

In the order of St. John of God Brothers, more than 40 percent of religious brothers were accused of abuse.

"It is not a case of a few 'rotten apples'," the report's commissioners wrote in its final version. "Society's major institutions have seriously failed."

The Catholic Church, which was repeatedly singled out by the commission, issued a "renewed" apology on Monday after apologizing last year.

"Many Catholic dioceses, communities, schools, ministries and agencies are holding local events to mark the National Apology – something Archbishop Coleridge called 'a significant moment in our ongoing efforts to make Australia safe for all children and young people,'" the Catholic Religious Australia and the Australian Catholic Bishops Conference said in a joint statement.

One prominent Catholic leader — former archbishop Philip Wilson — was found guilty in May of concealing child sex abuse in the 1970s. Another, Cardinal George Pell, is accused of multiple instances of sexual abuse. He has denied the allegations.

The report's commissioners also made more than 400 actionable recommendations to the government, which has adopted some and considering others, the BBC reports. One notable recommendation suggested Catholic priests must report child abuse they may learn about in the confessional to authorities.

The Australian Catholic Bishops Conference and the Catholic Religious Australia supported many recommendations, but called the breach of the seal of confession "contrary to our faith and inimical to religious liberty."

In July, the Australian government launched a redress fund for surviving victims of institutional child sexual abuse. The maximum award per victim is capped at A$150,000 (around $111,000.) The BBC reports the average payment is around A$67,000 ($50,000).

The Catholic church and other institutions throughout Australia have contributed funds.