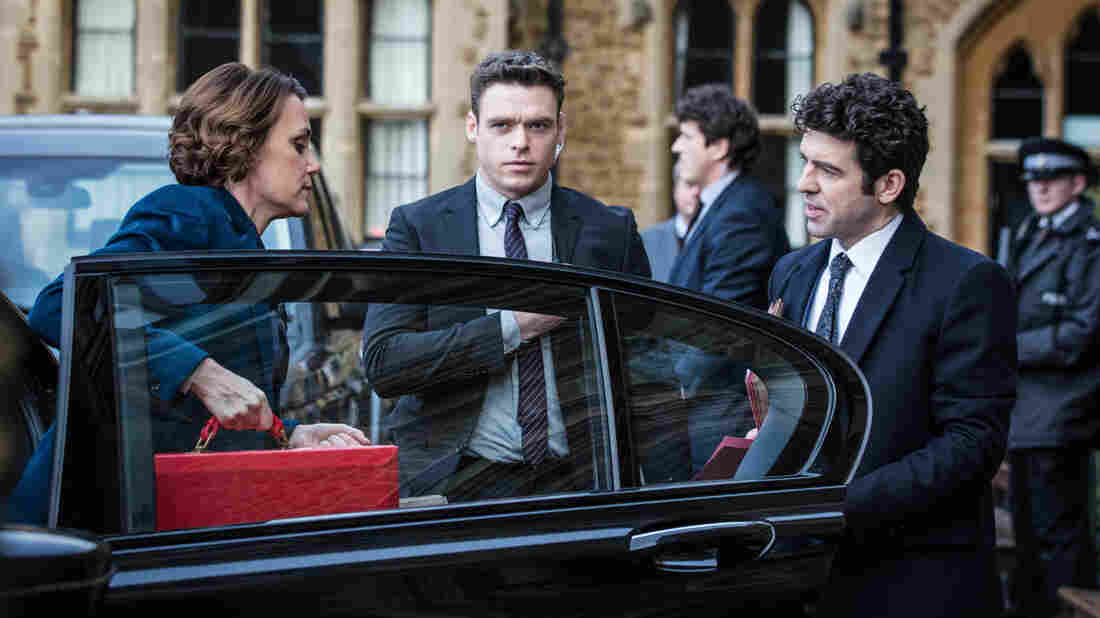 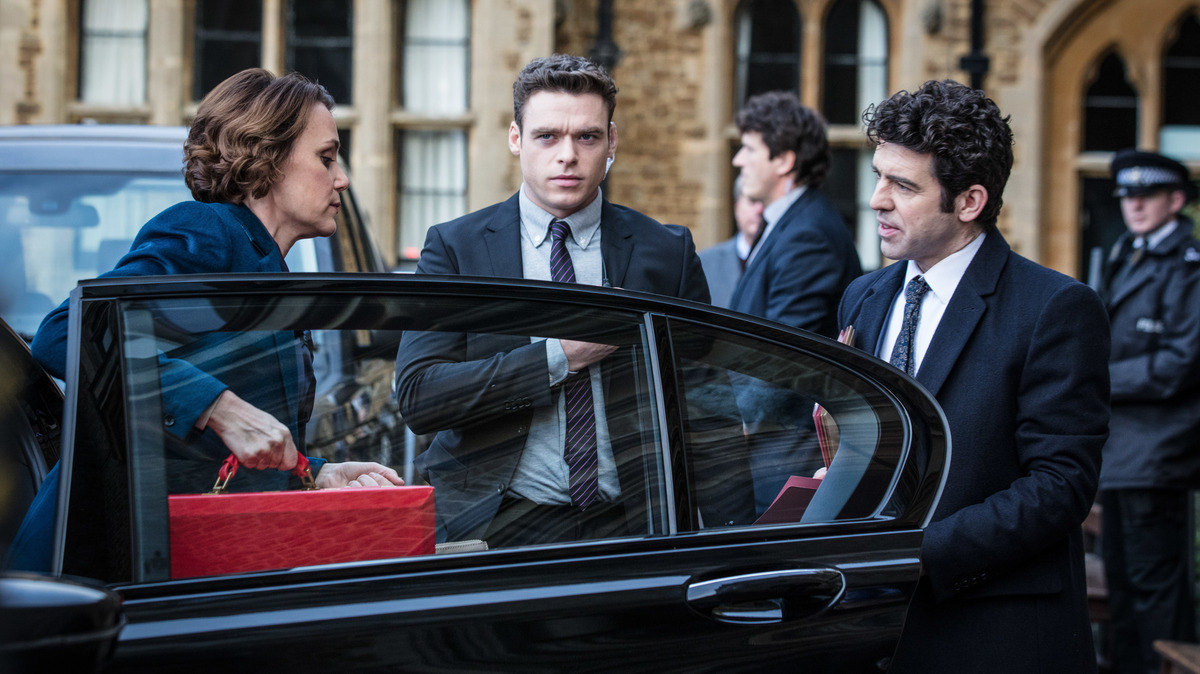 Keeley Hawes, Richard Madden and Paul Ready star in the BBC thriller Bodyguard, which comes to Netflix on October 24.

Near the end of John Le Carré's great spy novel Tinker, Tailor, Soldier, Spy, one of the agents notices that his car's passenger door is unlocked. He instantly begins wondering how that happened. "Survival," he thinks, "is an infinite capacity for suspicion."

That capacity gets put to the test in Bodyguard, a new BBC series created by Jed Mercurio, who's known for his compelling shows about the dark side of public institutions.

Unfolding over six episodes, Bodyguard is decidedly not a remake of that early '90s Kevin Costner-Whitney Houston movie. Instead, it's a high-powered, state-of-the-art thriller about terrorism, political chicanery and the perils of acting in good faith.

The series stars Richard Madden, the handsome Scottish actor best known as Robb Stark on Game of Thrones. He's actually far better here, playing Sergeant David Budd, an Afghanistan war vet with PTSD and a broken marriage, who now works for the London police as a bodyguard for visiting dignitaries.

When we first meet this tightly wound loner, he's just learned that a terrorist plans to bomb the train he's riding. It's a tense, 20-minute opening that announces the show's intention to keep us permanently on the edge of our seats.

Sgt. Budd handles the situation so deftly that his boss gives him what looks like a plum assignment. He's sent to protect Julia Montague — played by Keeley Hawes — the home secretary in the Conservative government who, beneath her good looks, possesses a spine of the purest Thatcherite steel.

The ruthless Julia intends to supplant her party's prime minister by whipping up fear of terrorism. It's an approach that her bodyguard despises. And, as if that weren't tricky enough, someone is trying to kill Julia. But who could it be? Islamic militants? Renegade elements of the security apparatus? Her Conservative Party enemies?

Before he's even settled into the job, Sgt. Budd is dodging assassins' bullets, being ordered to spy on the woman he's protecting and discovering that he finds the home secretary kind of, well, hot.

When Bodyguard aired in the U.K. a couple months ago, it became a national obsession. Not only does the show offer more shocking twists than a tank full of electric eels but its hero is, in many ways, the male version of Homeland's charismatic Carrie Mathison: a devoted but psychologically fraying officer who's susceptible to the allures and manipulations of those he should know better than to get entangled with.

Sgt. Budd must find his way through a minefield of unreliable characters, including his ex-soldier pal who's hellbent on vengeance, the head of the London police force's anti-terror squad who's at war with MI5 and the Conservative Party's nasty chief whip.

While all of this makes the series gripping, it doesn't make it serious. Like Homeland, Scandal, House of Cards and their spiritual godfather, 24, Bodyguard taps into big issues like terrorism and government snooping but only to keep us guessing. More concerned with being a good ride than exploring character or politics, the show is awash in a timely cynicism.

The paranoid thrillers of the '60s and '70s — Seven Days in May or Three Days of the Condor or All the President's Men — were made for an audience that assumed a stable, law abiding political system. Such thrillers took their sting from the cautionary suggestion that we didn't know what's really going on, that the system was being threatened by conspirators — rogue generals, rogue spys, even rogue presidents.

These days, in both Britain and the U.S., those on both left and right, believe that the state itself has gone rogue. Lawless conspiracy has come to seem so normal that '70s paranoia now seems almost innocent.

Without the ballast of a stable world to keep the action anchored, anything becomes possible on today's shows — a corrupt politician shoving a reporter in front of a train in House of Cards, a sleeper-cell marine murdering the vice-president in his own office in Homeland. And so it is with Bodyguard, a finely tuned series whose delirious improbabilities reveal themselves like clockwork.

The show doesn't seek to alert us to the dangers of terrorism and government malfeasance — by now, we've had all the warnings we need. Instead, Bodyguard reduces the things that scare us to shamelessly white-knuckled entertainment with a neat resolution. Don't worry, it suggests: It's just another thriller.