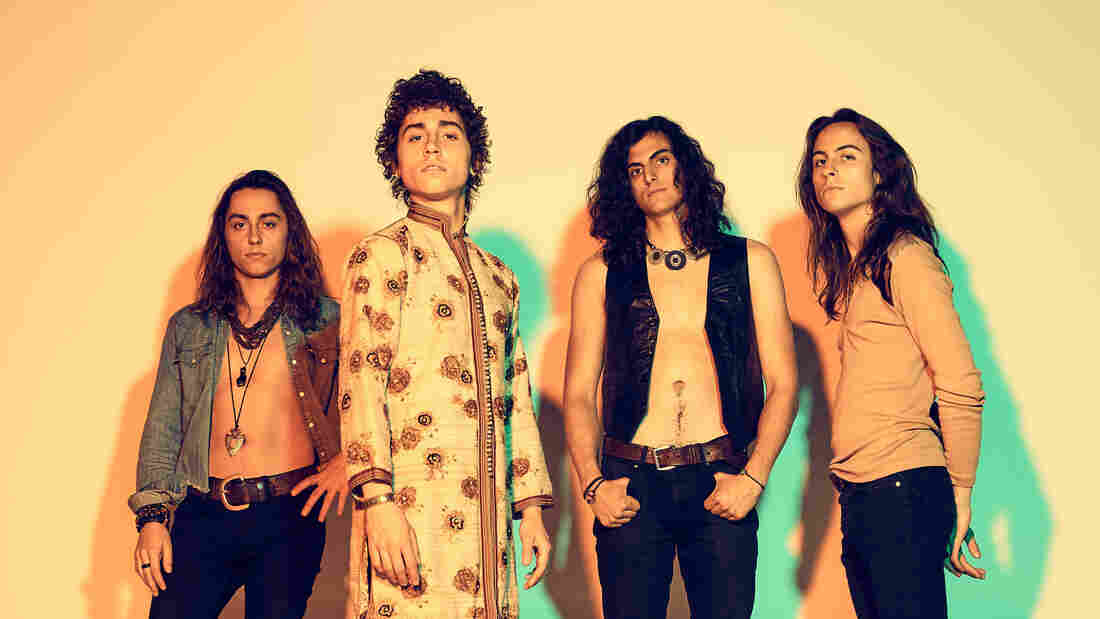 Greta Van Fleet's debut album, Anthem of the Peaceful Army, is out now via Republic Records. Travis Shinn/Courtesy of the artist hide caption 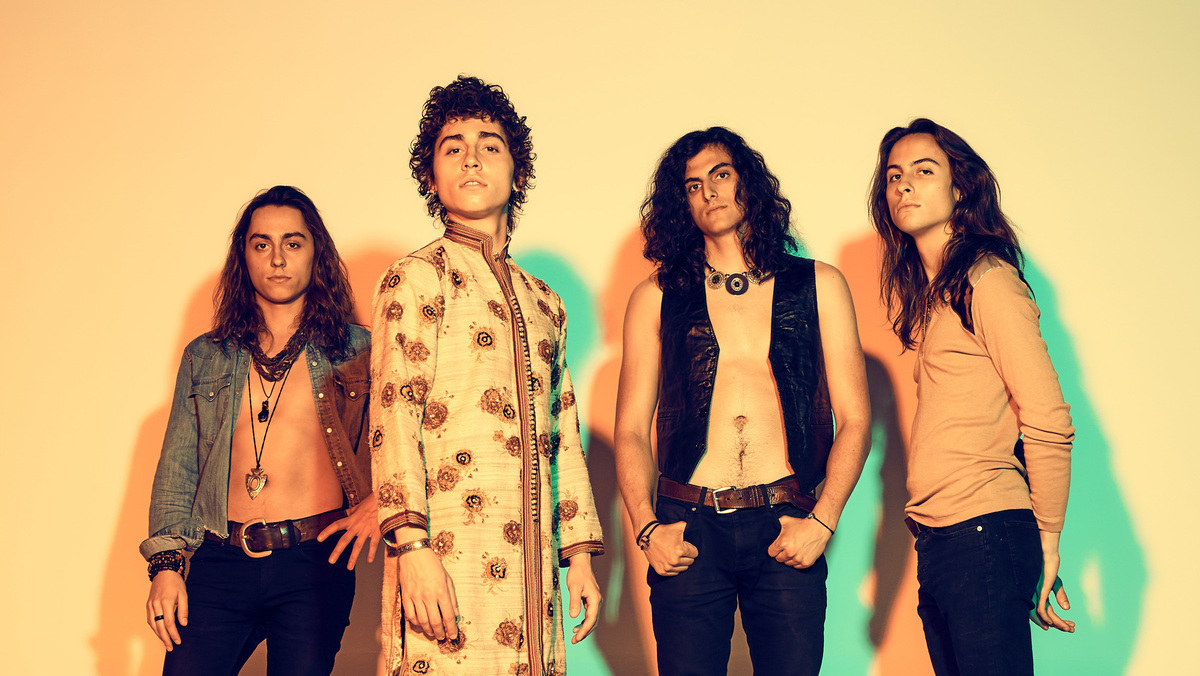 Greta Van Fleet's debut album, Anthem of the Peaceful Army, is out now via Republic Records.

Travis Shinn/Courtesy of the artist

It's been nearly 40 years since the rock group Led Zeppelin broke up in 1980, but many classic rock fans are still feeling the void. Singer Robert Plant's trademark howl has inspired many bands over the decades — from Billy Squier to The White Stripes — but few as convincingly as a young band from Frankenmuth, Mich.

Greta Van Fleet has a hard-hitting sound that takes you right back to the '70s. The band is a family affair, with 22-year-old twin brothers Josh (vocals) and Jake (guitar) Kiszka fronting the group, and their younger brother, Sam, on bass. As the siblings were growing up in Michigan, a loud and chaotic household ensued as they honed the band's momentum craft. Last year, the members piled into a van and toured the country, which jump-started the band's momentum. Before even releasing a full-length album, the four-member band (rounded out by drummer Danny Wagner) sent two back-to-back singles, "Highway Tune" and "Safari Song," to No. 1 on Billboard's mainstream rock charts, and the band started getting all kinds of buzz. Now, Greta Van Fleet is setting off on its first world tour, in support of its latest album, Anthem of the Peaceful Army.

"Things have grown so fast and so quickly," Josh says. "Its almost indescribable because it's unfathomable to us."

"Kind of a throwback sound, but very refreshing," Mark Pennington, the program director of rock station WRIF in Detroit, says. "And, of course, the obvious Robert Plant comparisons were there, but there's layers and depth to it, and [Kiszka's] voice is so unique and strong. I was just blown away."

Robert Plant is the voice of Led Zeppelin, the band people often compare Greta Van Fleet to — and not always favorably. In fact, many consider the Michigan band a total rip-off. Jake and Josh grew up listening to folk and blues music from their father's extensive record collection and didn't discover Led Zeppelin until they were in high school. Still, Josh never set out to replicate Plant's vocals.

"I think people make the mistake, assuming that we are offended by it, or that we dislike, in any way, Led Zeppelin, and that's far from the truth," Josh says. "What I was originally trying to do was the kind of thing Wilson Pickett was doing, or Joe Cocker, but I found it easier to sing in a tight space over top of everything else if I were to sort of make it louder because it would cut through the music."

Whatever the case, the band seems to have found a good formula. It is reeling in older listeners who still thrill to '70s nostalgia, as well as younger ones who weren't there the first time around — creating rock and roll converts, Jake says.

"Our environment, the current times, a lot of that influences our music," Jake says. "I think our generations see that and say, 'Oh, this is rock 'n' roll for us.' "

In the audio of this story, as in a previous Web version, Jake Kiszka is misidentified as Jay in one reference.