Accessibility links
Here's How Russia Runs Its Disinformation Effort Against The 2018 Midterms Court documents, intelligence reports and other official accounts have now created the most comprehensive picture yet of one key aspect of the "active measures" targeting the West. 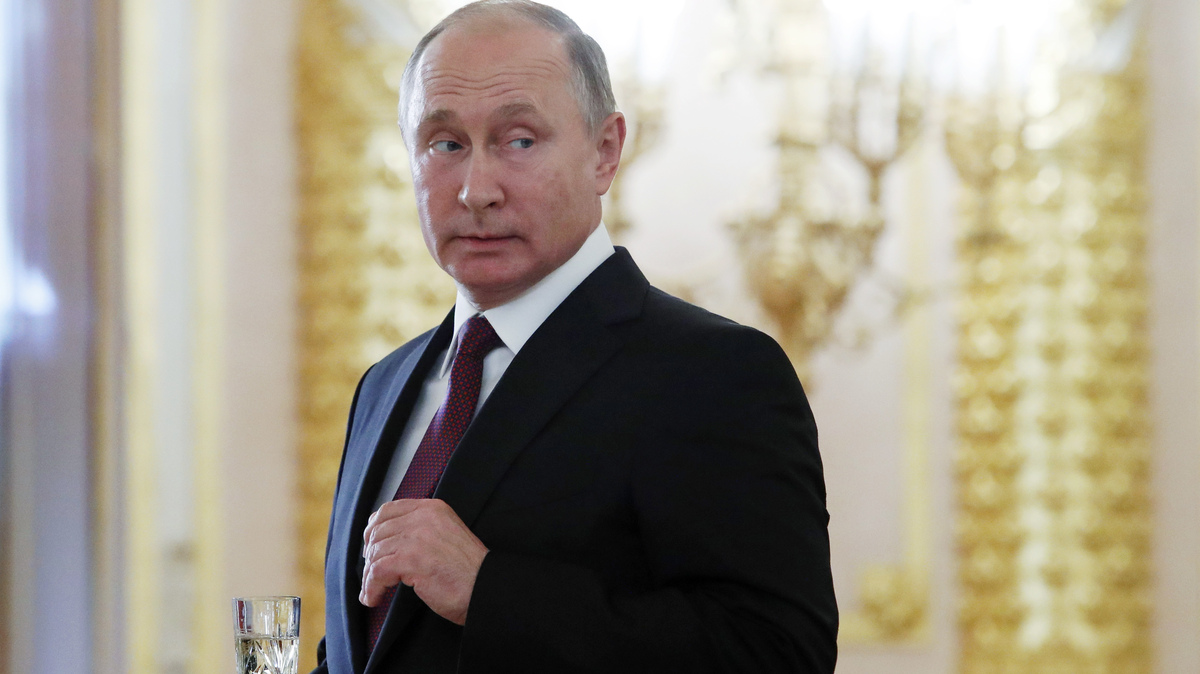 Russian President Vladimir Putin attends a ceremony to receive diplomatic credentials from newly appointed foreign ambassadors at the Kremlin in Moscow on Oct. 11.

The Justice Department has revealed more than ever about the inner workings of Russia's disinformation war against the United States and the West — including how it continues to this day.

A criminal complaint unsealed Friday in the Eastern District of Virginia served both to level charges at a woman accused of serving as the money boss for the operation and to document, in ample detail, how it works.

The branch of active measures the Russians call "Project Lakhta" has been running since "mid-2014," and works through some dozen Russian entities, of which the best-known probably was the "Internet Research Agency." It, quasi-"news" and other organizations employed hundreds of people, with a global budget of the equivalent of tens of millions of dollars, U.S. officials say.

Who pays for it?

The money comes through a company called Concord, which is controlled by a billionaire ally of Russian President Vladimir Putin, according to the Justice Department's allegations.

The company and its boss, Yevgeny Prigozhin, both have been charged by the Justice Department as part of its investigation into the attack on the 2016 presidential election. Prigozhin denies any part of any influence work, and attorneys for Concord are fighting the charges in federal court in Washington, D.C.

According to court documents, Prigozhin — whose nickname is "Putin's chef," for his origins as a food vendor and his status today as cook to the Russian leader — holds contracts with the Russian government through which Concord is paid to feed schoolchildren and military personnel.

One way Moscow may underwrite its disinformation war, and maintain deniability about its involvement, is by outsourcing this aspect of its "active measures" to Prigozhin, his company and his employees.

Other active measures are run from within the government, as with the cyberattacks conducted by the military intelligence agency GRU.

Worker bees within Project Lakhta disguise themselves as Americans and insert themselves into conversations on social media. They create Facebook and Twitter identities, for example, that make them appear to be Americans. They use technical means to disguise the fact that they are logging in from St. Petersburg, Russia.

Court documents unsealed in February described how influence-mongers within the Internet Research Agency set up virtual private networks and used American email accounts, along with some stolen identities of Americans, to plausibly pose as Americans, disguising the fact that they were using workstations in St. Petersburg.

Other people working in the disinformation project bought display ads, in some cases, through "third-party intermediaries," according to court documents. So disinformation practitioners could get into an American user's Facebook feed at least those two ways: by pretending to be real users or by having paid for ads.

Facebook and Twitter have vowed to clamp down on fake accounts and they say they'll mandate more disclosure about who pays for political ads.

How many people can they reach?

The simple answer is millions of users across the various platforms. There isn't one all-purpose influence account that can by itself get to big audiences online. Instead, there are scores of smaller ones — accounts such as the fake Twitter persona @wokeluisa, which had more than 55,000 followers as recently as last March.

Critics said Friday's complaint makes plain how much more the social media platforms must do to get control of what's happening.

"As the criminal complaints note, these attacks continue to this day," said Sen. Mark Warner, the top Democrat on the Senate Intelligence Committee.

Warner continued: "It is critical for Congress to step up and immediately act to employ much-needed guardrails on social media. And as I've said before, these companies need to work with Congress so we can update our laws to better protect against attacks on our democratic institutions."

What do the influence specialists actually do?

That largely depends on what Americans are doing. The evidence from U.S. government officials suggests that Russia's influence-mongers mostly do not try to program the American political environment with their own pet topics. Instead, they simply observe what is trending among Americans and turn up the volume.

Topics include "immigration, gun control and the 2nd Amendment, the Confederate flag, race relations, LGBT issues, the women's march and the NFL national anthem debate," according to court papers.

Russia's agitation promoters evidently are nimble enough to respond to the news in real time, including mass shootings, protests and political news of the day about the Trump administration.

They are directed to create "political intensity through supporting radical groups, users dissatisfied with [the] social and economic situation and oppositional social movements," as well as "effectively aggravate the conflict between minorities and the rest of the population." 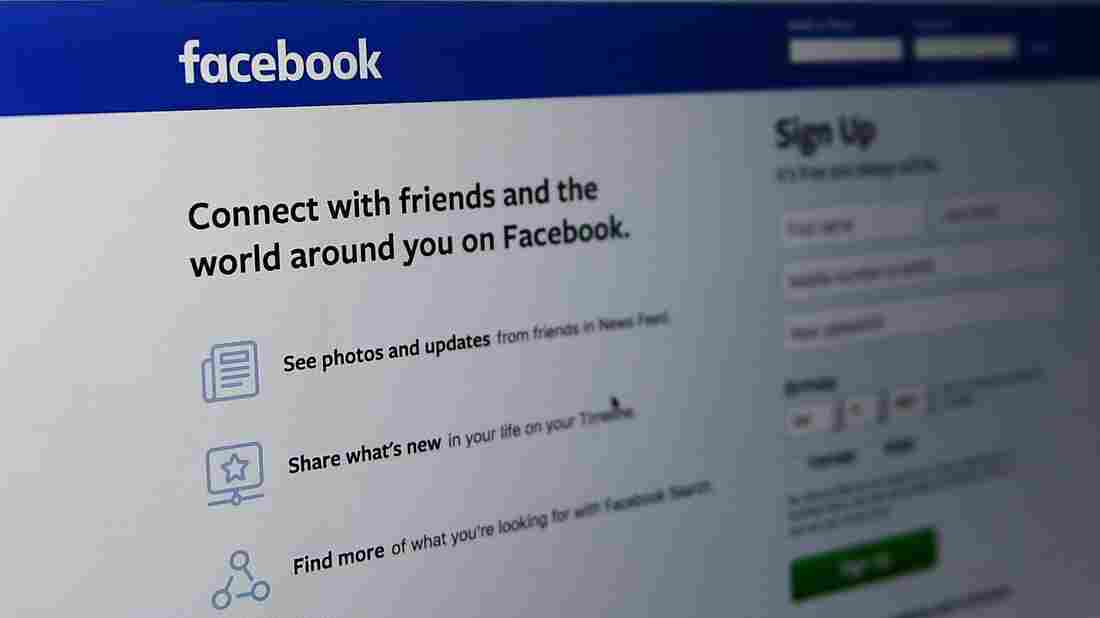 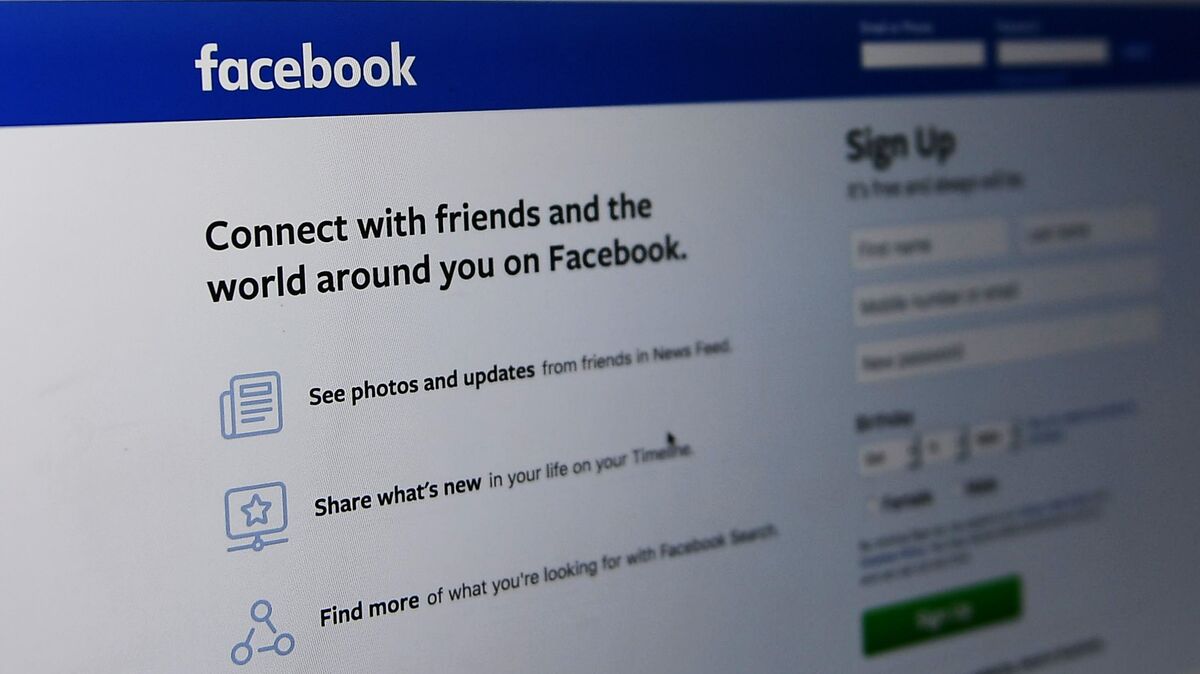 When real black and Latino users complained, for example, that American news organizations weren't giving enough coverage to the bombings in Austin, Texas, the Russian influence specialists got on board.

The project, in short, is applying an active measures playbook that has been around for decades in a 21st century context — with a twist. In the days of the Soviet Union, Moscow was interested in exporting Communism and supporting fellow travelers. Now there is very little ideology in this programming. The goal is simpler: chaos.

How can foreigners be effective at this?

Agitation specialists work in shifts and they schedule their days around specific targets. The Russians believe gay and lesbian users tend to stay up late, according to the charging documents released Friday. Conservatives tend to get up early, they believe.

Plus managers circulate very specific instructions about how to work in the information environments they're targeting.

In 2016, workers were told to "use any opportunity to criticize Hillary [Clinton] and the rest (except [Sen. Bernie] Sanders and [Donald] Trump — we support them."

This year, workers were told that the late Sen. John McCain was to be portrayed "as an old geezer who has lost it." House Speaker Paul Ryan, R-Wis., was to be cast as "a complete and absolute nobody."

Influence specialists also got directions in real time about how to respond to specific stories. On Aug. 6, 2017, for example, they received a link to a story quoting radio host Michael Savage promising that there would be a "civil war" if Trump were "taken down."

"Forcefully support Michael Savage's point of view with competence and honesty," the workers were told. "Summarize that in case Republicans will not stop acting as traitors, they will bring upon themselves forces of civil retribution during the 2018 elections."

Other instructions included how to characterize posts about stories on welfare programs and Justice Department special counsel Robert Mueller.

Are any Americans involved with these efforts?

Yes. But according to U.S. officials, not knowingly.

In the summer of 2017, for example, the Russian influence specialists sought to collaborate with real American political groups to stage anti-Trump "flash mobs" at the White House.

They pitched Americans on buying Facebook ads to target audiences around Washington, D.C. And at one point, they even pinged one American user to talk about administering the Facebook page "Stop All Invaders," which was controlled by the influence scheme.

The Americans who became involved, just like the Americans who were enlisted in the influence campaign that targeted the 2016 election, evidently did not know the broader context of these efforts.

The identities of Americans in the court documents unsealed Friday are redacted, in keeping with the intelligence community's policy of "minimization," and so, instead of names, terms are used such as "U.S. Person 2" or "U.S. Political Organization 1."

The Russia Investigations: Why Are Democrats Avoiding The Russia Imbroglio?

As to whether anyone in the 2016 Trump presidential campaign might have knowingly conspired with these Russian influence operations, that is the continued focus of the investigation by Mueller's office.