Accessibility links
Man Sentenced In Germany For Poisoned Baby Food Scheme The 54-year-old got more than a dozen years after confessing to poisoning baby food with an antifreeze ingredient, putting the jars on store shelves and then trying to extort money from supermarkets. 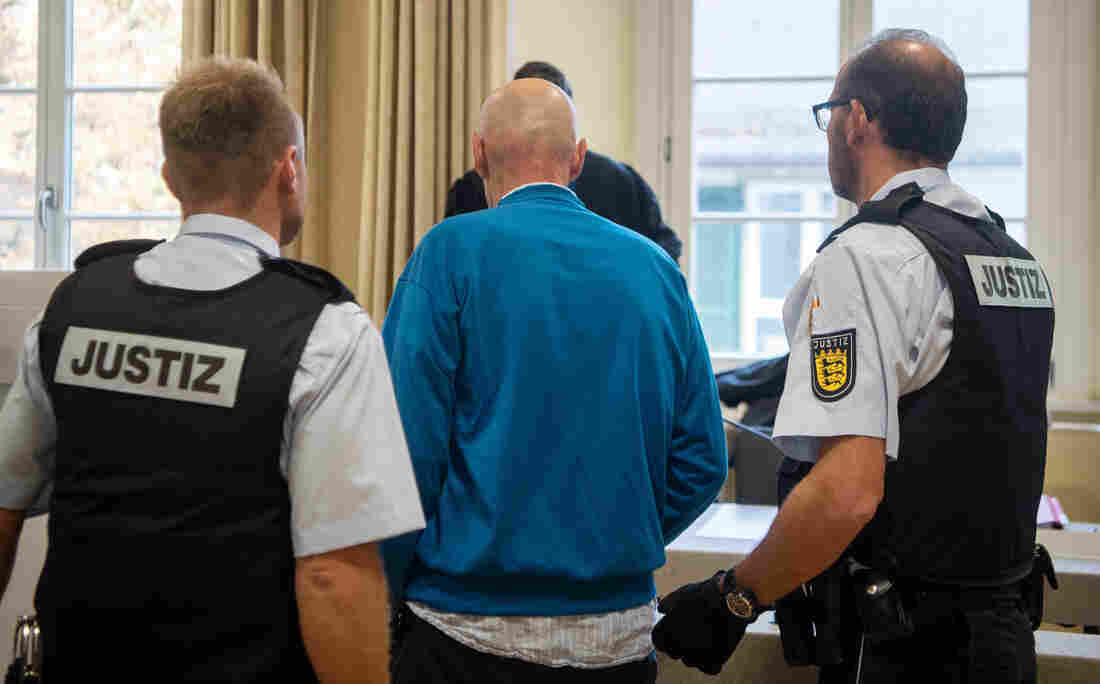 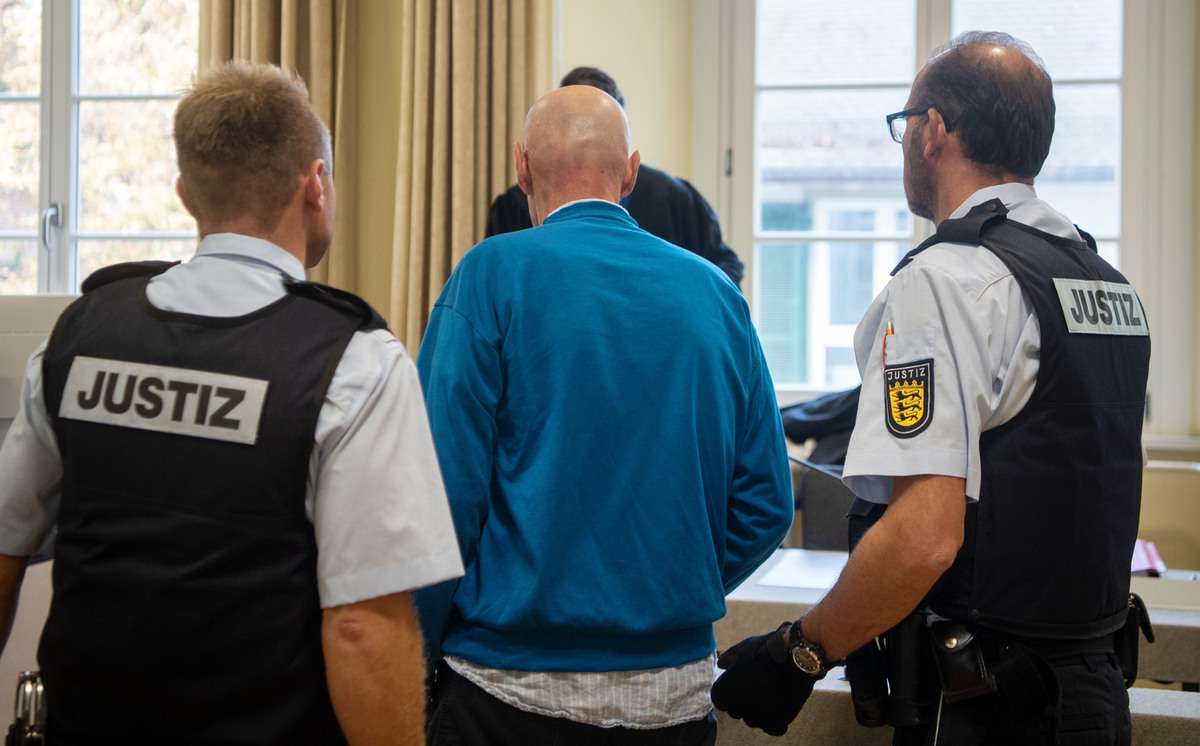 The supermarket poisoner, shown here during a court hearing earlier this month in Ravensburg, Germany, was found guilty of attempted murder.

A German court has sentenced a man to 12 1/2 years in prison on charges of attempted murder and attempted extortion for poisoning jars of baby food and leaving them on store shelves.

According to local media, the 54-year-old man was sentenced Monday at a state court in Ravensburg, located in southern Germany, over the scheme he confessed to last year.

"The man had admitted to placing five jars of tainted baby food on supermarket shelves in the city of Friedrichshafen, on Lake Constance, in an attempt to force the companies involved to pay him €11.75 million ($13.5 million) to identify them," Deutsche Welle reported.

The man's name has not been released due to local laws.

The jars were laced with ethylene glycol, a colorless and odorless liquid that is used in antifreeze. According to the CDC, the substance "has a sweet taste and is often accidentally or intentionally ingested." It can be fatal to humans.

The chief prosecutor in the case, Peter Vobiller, said the amount in each of the jars could kill a child, according to DW. "This was enough to fully justify finding the accused guilty on five counts of attempted murder," the broadcaster reported, citing Vobiller.

The fact that no child was harmed was the result of police work, Vobiller said, and "a goodly portion of luck, to be honest."

According to German news agency DPA, authorities started investigating last year after someone "sent emails in mid-September to food companies, consumer protection groups and even to the police in which the writer threatened to manipulate food products in Germany and abroad unless the companies paid up."

Those emails threatened to poison as many as 20 kinds of food, DPA reported.

The news agency says hundreds of people called in tips to the police on a special hotline and that authorities found additional ethylene glycol at the man's residence. Aside from money, it's not clear what was motivating the convicted poisoner.

During the trial, according to the BBC, the accused man "also claimed to have a borderline personality disorder and said that he consumed alcohol and painkillers at the time of his actions."

However, the court did not accept that defense. The broadcaster adds that "a psychiatrist concluded that he was well enough to be held responsible for his crimes."

The perpetrator must decide within a week about whether to appeal the sentence, local media reports, and that it's not yet clear what he plans to do.