Accessibility links
Democrats Vow To Rein In Trump Administration If They Win The House Democrats plan to launch oversight investigations of the Trump administration — a congressional duty that House Republicans resisted. 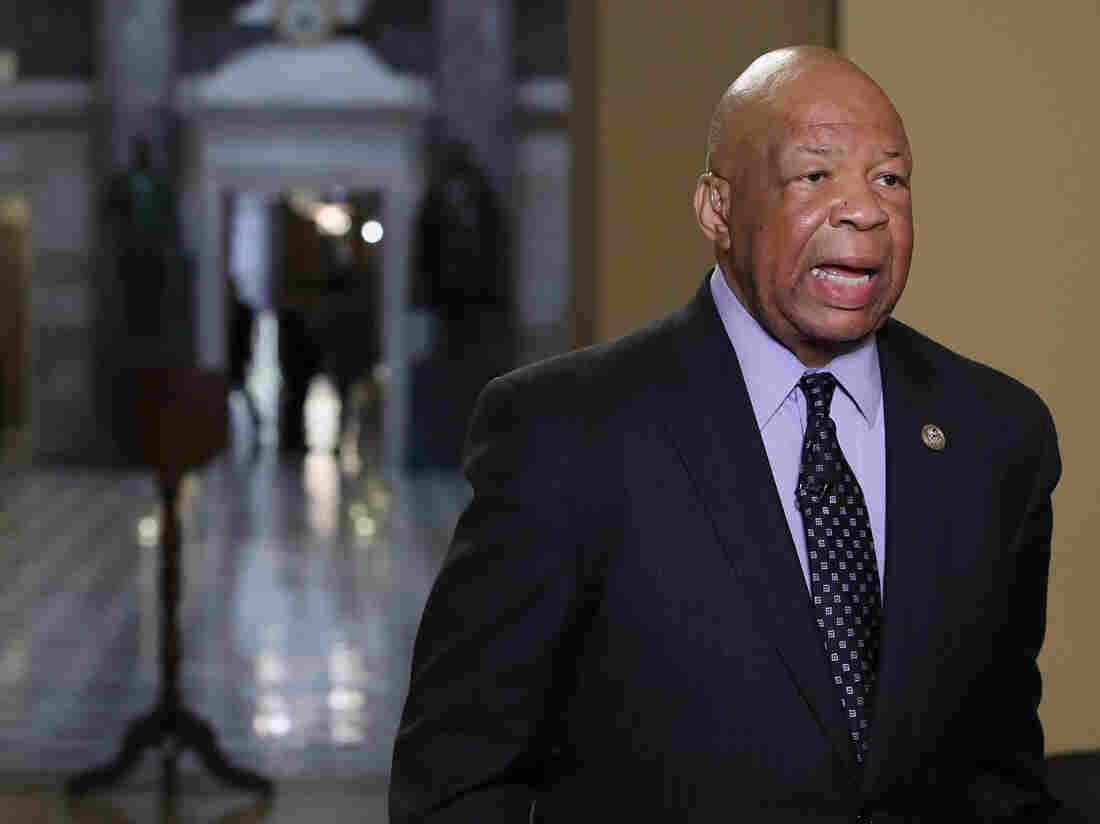 Rep. Elijah Cummings, D-Md., in a May 2017 file photo. Cummings is in line to lead the powerful House Oversight Committee if Democrats take the House next month. Mark Wilson/Getty Images hide caption 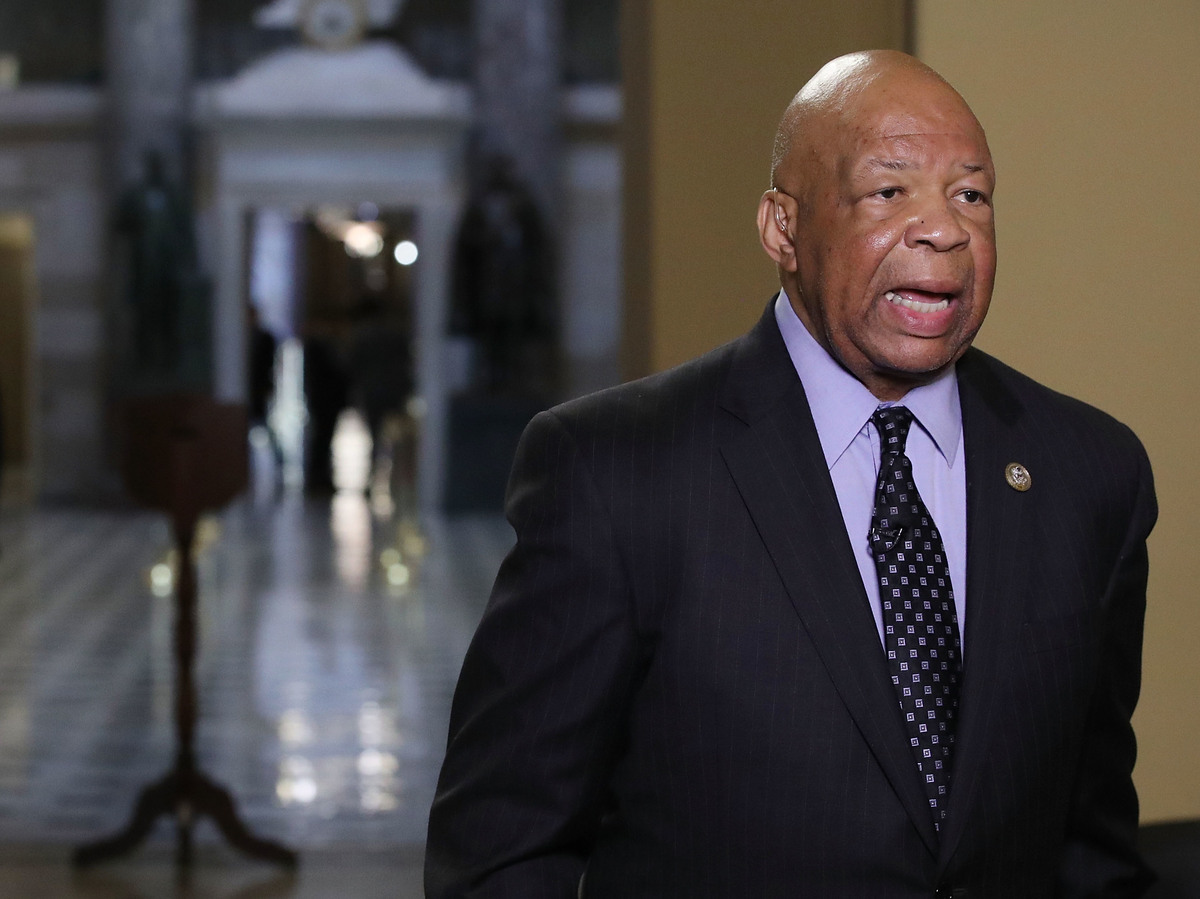 Rep. Elijah Cummings, D-Md., in a May 2017 file photo. Cummings is in line to lead the powerful House Oversight Committee if Democrats take the House next month.

It's one of the highest of the high stakes in the midterm elections. Democrats promise to put the Trump administration under the microscope of oversight investigations if they win control of the House.

Aggressive oversight would mark an abrupt about-face for Congress, where Republican leaders for two years have avoided confronting President Trump. GOP-led committees have resisted investigating alleged wrongdoing by officials, as well as questions about Trump's own possible conflicts of interest.

"What we've seen is not only a stretch of time when you have an executive branch that has been breaking norms, but you have a Congress who's sat by without consequence and allowed that to happen without significant accountability," said former congressional investigator Justin Rood. He's now with the nonprofit Project on Government Oversight, which trains Capitol Hill staffers in how to do oversight.

Democrats say they would direct all House committees to conduct oversight investigations. The four hottest issues:

If Democrats win the power to investigate, they'll be working in a fiercely partisan atmosphere.

At the free market think tank R Street Institute, senior fellow Marian Currinder said investigators would need to resist liberal pressure to "drag Trump and his administration down and through the dirt." She said, "That's not going to help those newly-elected Democrats who are trying to run on a 'get things done and help the working people' agenda."

Another advocate of caution is one of the Democrats' best congressional investigators, former Rep. Henry Waxman, D-Calif., a 40-year veteran of the House. He said the oversight should focus on three goals: stop the waste of money, hold people accountable and make government work the way it should.

"The most important thing in my mind about oversight, having been there when Republicans saw the power of oversight as simply a way to advance their political interest, is simply not to do what they have done," he said.

The primary House panel for investigations is the Oversight and Government Reform Committee. Its recent reputation is defined by the Republicans' politically charged probe five years ago into IRS mishandling of applications for tax-exempt status.

Now Rep. Elijah Cummings, D-Md., the committee's top Democrat, is weighing possible investigations. He told Politico he would "address these issues where our democracy is being attacked, such as Trump's efforts to tear down the CIA, to suppress the voting rights, to harm our freedom of the press, and looking at the census, things of that nature."

The Oversight Committee's Democrats have kept track of their 64 motions — all rejected by Republicans — to seek subpoenas directed at the administration. At a single committee meeting last month, Democrats tried but failed to get subpoenas on issues ranging from the administration's family separation policy, to Commerce Secretary Wilbur Ross's testimony on adding a citizenship question to the census and the White House refusal to deliver a mandated report on security clearances.

Even with subpoena power, Democrats could expect fights with the administration, which routinely seeks to withhold documents the committee wants to see. But there's a workaround: Freedom of Information Act requests by friendly nonprofit groups. Conservative watchdog groups honed the technique during the Obama administration.

"It's actually very difficult to enforce a congressional subpoena in court," said Austin Evers, executive director of the progressive group American Oversight. "In contrast, [with] a Freedom of Information Act request, which we could file, we can go to court very easily, and force agencies to be transparent."

But even the most energetic oversight wouldn't have enough time and resources to touch problems that date back further in the Trump administration, and which Republicans declined to examine. Rood, at the Project on Government Oversight, foresees the danger of "a lost generation of issues" that are important not for partisan scorekeeping, but for Congress's understanding of how the executive branch works.

In the past two years, "I think there are things that have happened and changes that have taken place," he said, "and they haven't received the kind of scrutiny and the kind of consideration from Congress that I think is why the body exists in the first place."