Accessibility links
'They Deserve Justice': Mother Of India's #MeToo Speaks Out Women across India have recently been going public about sexual assault and harassment. Many say they draw strength from the struggle of one woman: Bhanwari Devi. 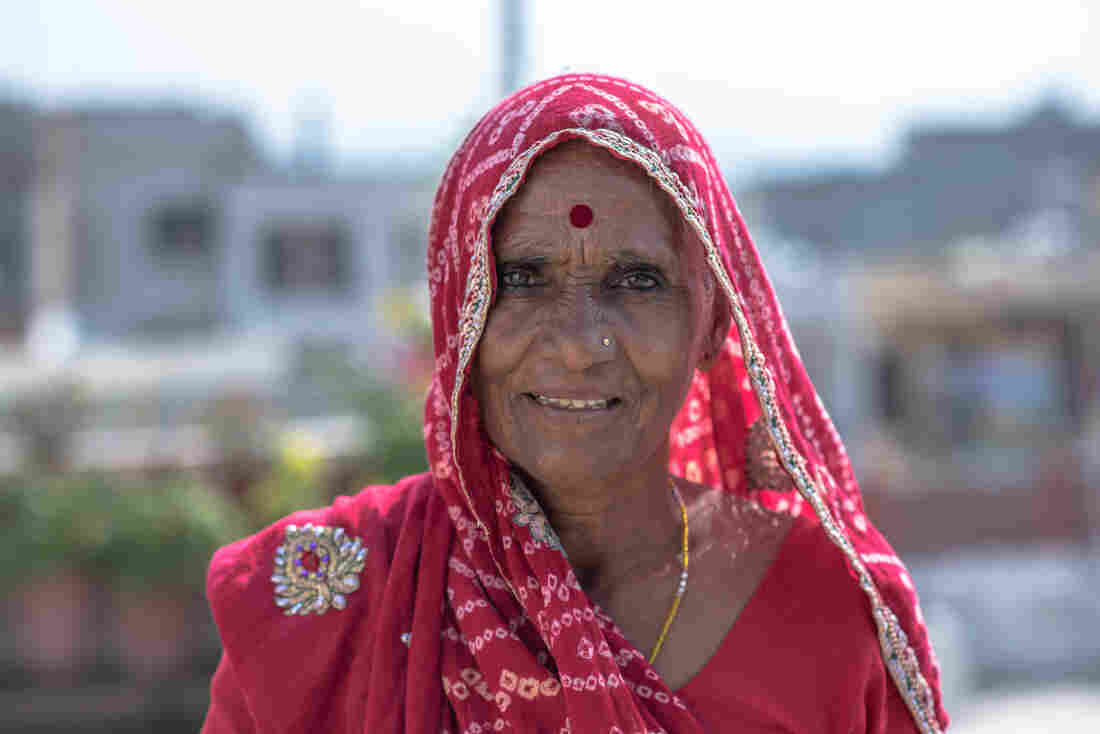 Bhanwari Devi worked for her local municipality in rural Rajasthan, northern India, when she says she was gang-raped in 1992 by higher-caste men in the area, allegedly because they disapproved of her campaign to end child marriage. Her case went all the way to India's Supreme Court and led to the country's first workplace sexual harassment guidelines. Furkan Latif Khan/NPR hide caption 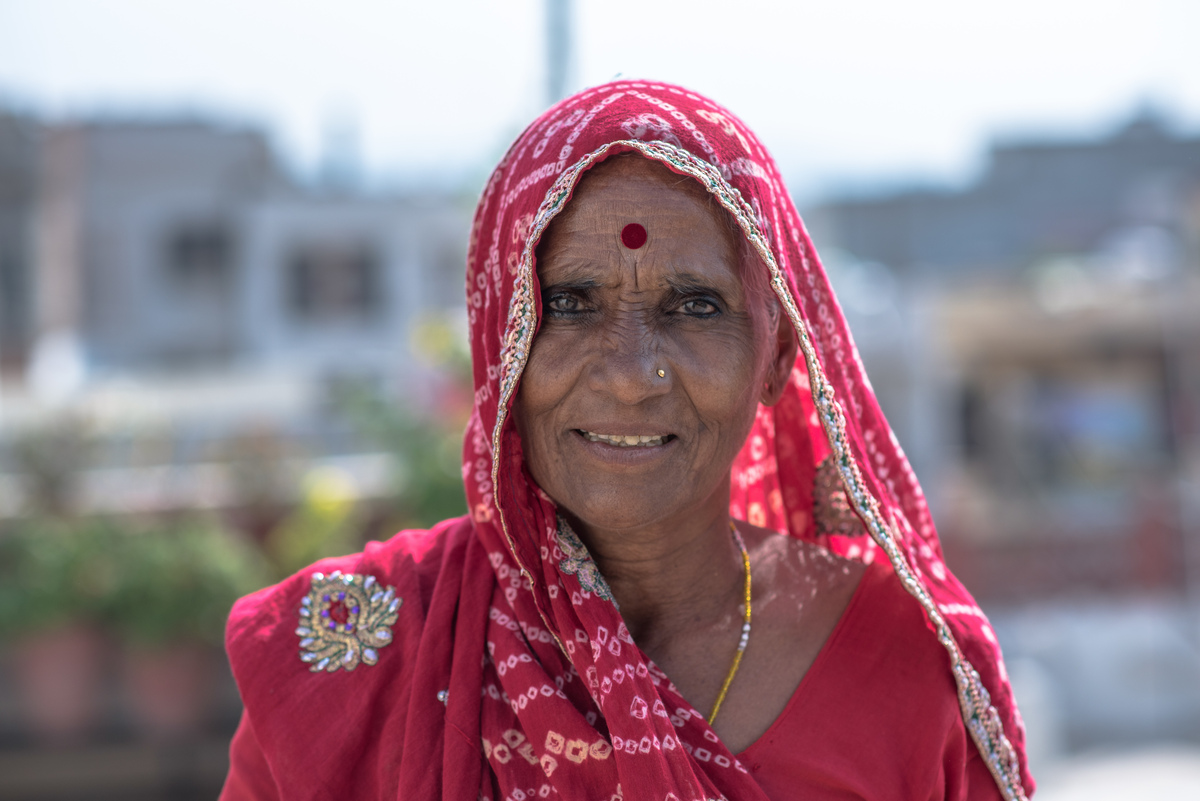 Bhanwari Devi worked for her local municipality in rural Rajasthan, northern India, when she says she was gang-raped in 1992 by higher-caste men in the area, allegedly because they disapproved of her campaign to end child marriage. Her case went all the way to India's Supreme Court and led to the country's first workplace sexual harassment guidelines.

Poor and illiterate, Bhanwari Devi doesn't have a cellphone. She doesn't use hashtags.

She hadn't heard of India's burgeoning #MeToo movement until a human rights worker visited her rural farming village in Rajasthan, northwest India, and explained it to her. But she can certainly relate to it.

Over the past month, hundreds of women across India have suddenly spoken out about workplace sexual assault and harassment. The allegations have flooded social media. Prominent figures in news and entertainment have been accused. A government minister was forced to resign.

Many of the women say they've drawn strength from the more than quarter-century-long struggle of Bhanwari Devi. She's a lower-caste farmer and social activist who was attacked and allegedly gang-raped in 1992, in retaliation for her work.

If the current women coming forward hope to prosecute their attackers, their lawsuits would likely rely on the workplace sexual harassment guidelines that Devi helped to create.

Devi didn't know it, but she's now being called the mother of India's #MeToo movement.

Her remarkable rise to national prominence in India is rare for a woman from a lower caste, a victim of sexual violence, with no formal education. Devi estimates she is now in her early 60s, though she doesn't know her birthdate or even the year.

"When senior, powerful men abuse us, when they lose control and take advantage of women, what example does that set for ordinary people?" Devi says. She spoke to NPR in an interview this month at the home of a friend in Jaipur, the Rajasthan state capital.

In 1992, Devi was a mother of three, working as a saathin (Hindi for "friend") at the Rajasthani state government's Department of Women and Child Development. Her job was to go door to door in her home village of Bhateri, about 35 miles east of Jaipur, educating local women about hygiene and family planning. She had also started campaigning against child marriage. 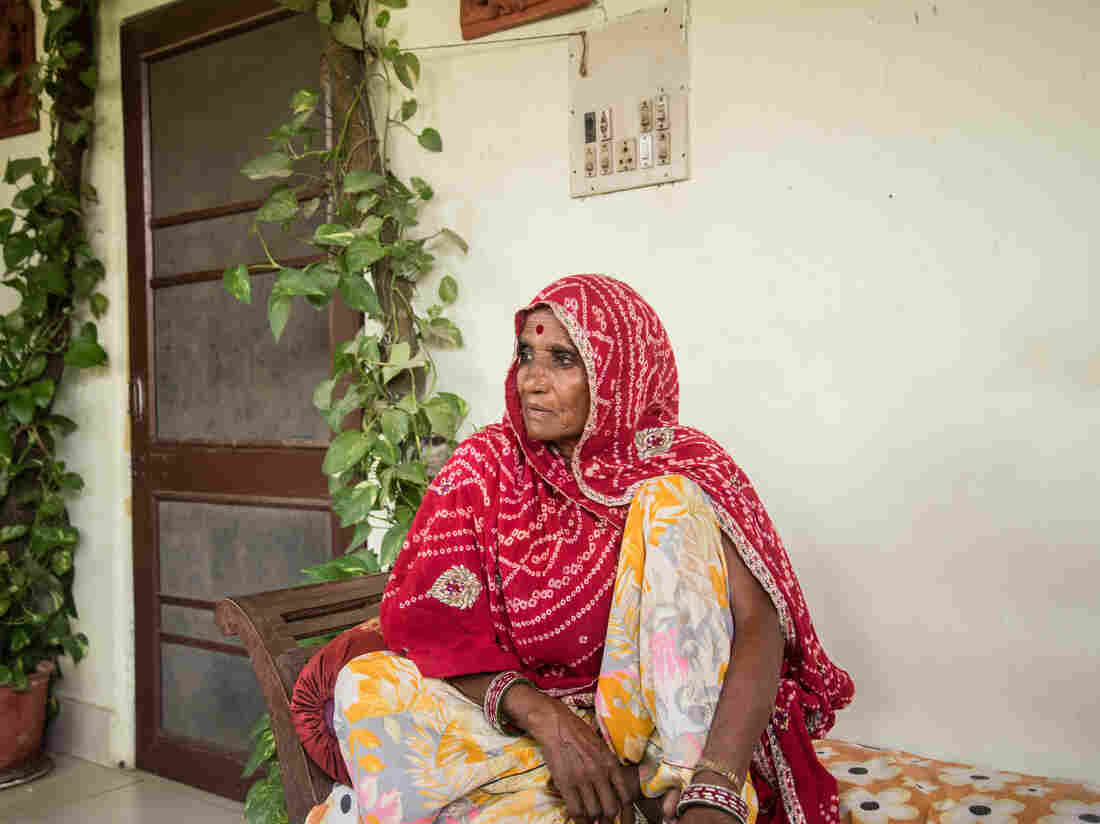 It's long been a custom in parts of Rajasthan to marry off children when they're very young, though they don't move in with their spouses until after puberty, and often much later. Devi herself was married at age 5 or 6. In September 1992, she was encouraging her neighbors to postpone the wedding of a 9-month-old infant.

The baby's father, along with other powerful, higher-caste men in the village, got angry. He and four others approached Devi and her husband around dusk, as they worked in their fields. They beat up her husband, Devi recalls. Three of the men held her down, while two took turns raping her, she says.

Devi filed a police complaint. The men admitted to attacking her, but denied it was rape. The 9-month-old baby was married the next day.

But a women's aid group picked up Devi's case, and took it all the way to India's Supreme Court. It led to the adoption, in 1997, of India's first workplace sexual harassment guidelines. They were revised in 2013, and the Indian government is reportedly considering further revisions, in the wake of the current #MeToo movement.

"I think her role has been path-breaking. Bhanwari broke the silence on rape in 1992," says Kavita Srivastava, national secretary of the People's Union for Civil Liberties, which calls itself India's oldest and largest human rights group. "[Abusers in her village] looked upon it as, 'how dare one lowly woman challenge them.'"

I think her role has been path-breaking. Bhanwari broke the silence on rape.

In 1993, in denying bail to her assailants, a judge called Devi's attack a gang-rape, and ruled that the rapists acted "in revenge" for her campaign against child marriage. It was a clear workplace assault case, he ruled.

But while the #MeToo movement in India has concentrated on workplace issues, most sexual assault in India is perpetrated by relatives and neighbors, not co-workers or bosses, according to government data and independent researchers. Only about a quarter of Indian women have jobs. Working outside her home, Devi was the exception in her village.

While Bollywood film stars and media executives have been at the center of India's #MeToo movement, sexual violence is most rampant, and most under-reported, in rural areas — where the majority of Indians still live.

"There are so many abuse cases, often involving fathers-in-law, or brothers-in-law. It's different from the city," Devi says. "In villages, abusers can hide behind their families. Victims, if they speak out, taint the whole village's honor."

Twenty-six years since Devi's attack, she says she still doesn't get invited to weddings attended by the whole village. And she never got legal justice.

In Rajasthani state courts, the judges in her case kept getting switched. Her attackers ended up being acquitted of rape, and convicted only on lesser charges of assault and conspiracy. The ultimate reasoning cited by a final judge in the state's high court — that higher-caste men would never rape a lower-caste woman, because of purity norms — was ridiculed across India.

The defendants went free after nine months in jail.

"It is God who gives me justice. The government has not," Devi says. "But now more women are speaking out. They deserve justice. They must speak out. Nothing should silence them. I hope they don't feel any fear. They are empowered."

Devi says she tries to do her part. She appears at women's rights rallies across India. In 1995, she attended a United Nations conference on women in Beijing. Before her rape, she had never traveled beyond her small district in northern India.

Nowadays, Devi is mostly still at home in the same village of Bhateri, with her husband, still working their fields. She says she can't be away from home too long, because they have a cow to take care of. Devi never attended school herself, but all three of her children, now grown, went on to higher education.

"What is misleading is that people say #MeToo is an urban elite thing that must reach the poor. It's actually the other way around. Bhanwari bravely spoke out, 26 years ago, in public — regardless of what everyone said," says Nikhil Dey, a human rights activist with the Right to Information Campaign, which lobbies for transparency in government. "Urban elites have their hashtags. Obviously, Bhanwari does not use #MeToo. But she's always been fighting."

Only one of Devi's attackers is still alive. She says she still sees him from afar, in their village. She wonders whether he has seen news of the #MeToo campaign across India.

"He might see this news of men in the cities being held to account. But he's still a powerful man in my village. He's turned people against me," Devi says. "I'm still ostracized by my community, because I spoke up."

Devi says she doubts she'll get justice in her lifetime. But she's hopeful, she says, for the next generation of her Indian sisters.