Accessibility links
Food, Peace Building, Legal Aid: What Trump Would Cut From Central America As thousands of migrants move toward the U.S., these are the programs President Trump is threatening to cut in retaliation. 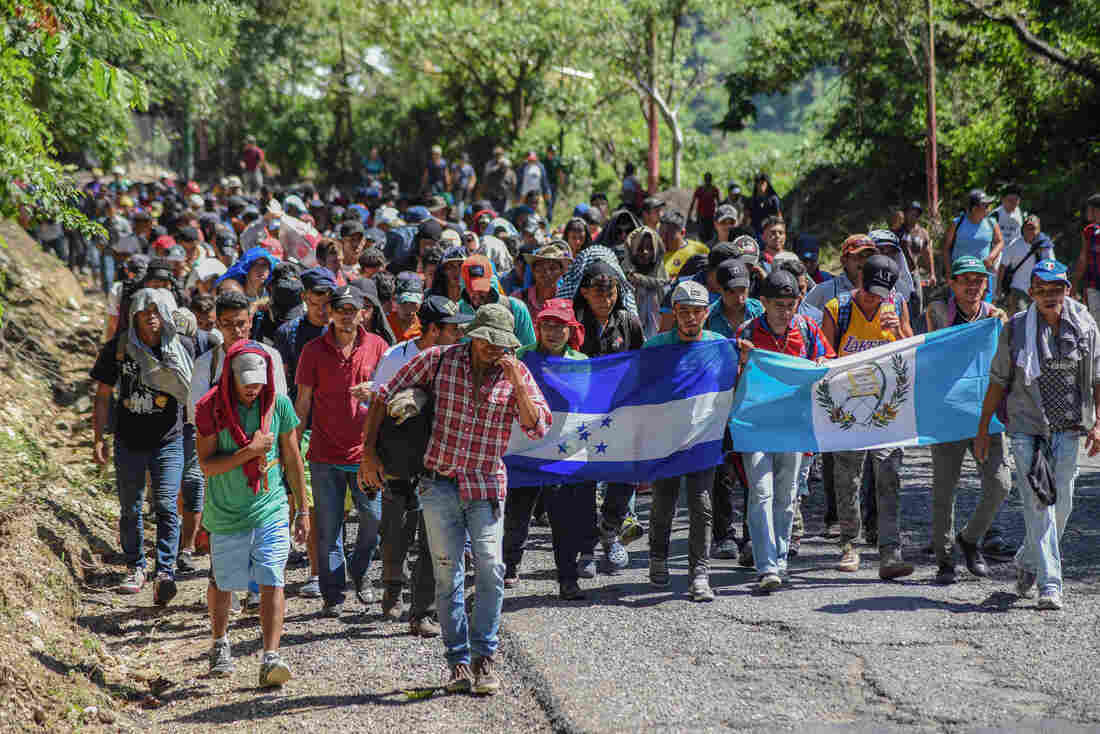 Migrants heading toward the U.S. carry Honduran and Guatemalan national flags in Guatemala on Monday. President Trump has threatened to cut off aid to Honduras, Guatemala and El Salvador for failing to stop the caravan's journey. Orlando Estrada/AFP/Getty Images hide caption 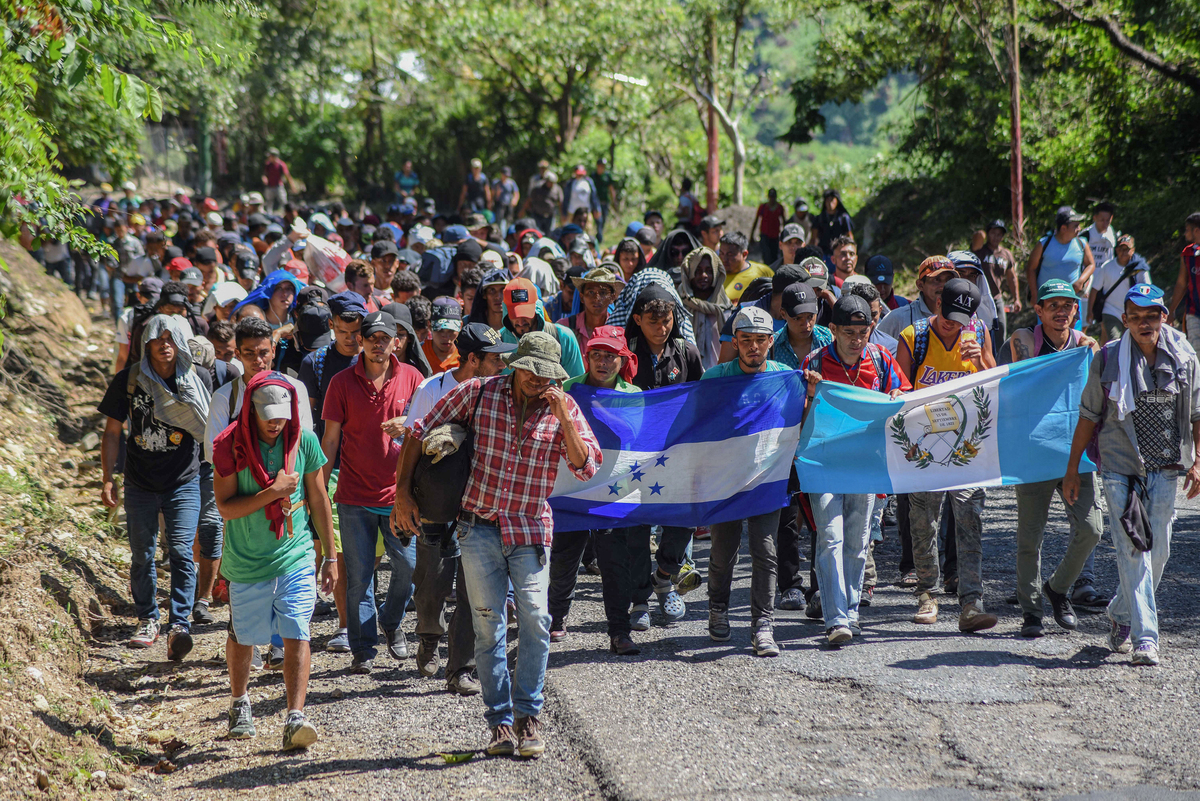 Migrants heading toward the U.S. carry Honduran and Guatemalan national flags in Guatemala on Monday. President Trump has threatened to cut off aid to Honduras, Guatemala and El Salvador for failing to stop the caravan's journey.

As thousands of migrants make their way north toward the United States, President Trump has threatened to end federal aid going to their home countries.

Guatemala, Honduras and El Salvador were not able to do the job of stopping people from leaving their country and coming illegally to the U.S. We will now begin cutting off, or substantially reducing, the massive foreign aid routinely given to them.

Together, Guatemala, Honduras and El Salvador received from the United States about $480 million in the last fiscal year for which complete data is available. The largest portion of that money — about 16 percent — went toward agricultural development.

But also high on the list of 2017 gifts was spending on more humanitarian-geared programs: Basic nutrition, civilian peace-building, security needs and legal development funds made up more than a quarter of the total aid.

The largest single piece of aid was a $6.8 million grant to help with agriculture in Guatemala, where the U.S. Agency for International Development calls food security a "grave concern."

USAID administers most of America's aid dollars in the region. Several nongovernmental organizations, such as Maryland-based DAI and Catholic Relief Services, are in charge of implementing programs on the ground.

"It's very much in the interests of the United States to see that development happens here, that violence is reduced here, because it is pushing people into situations of irregular migration," Jones said.

The assistance given to the three countries in fiscal year 2017 was at its highest level in years.

Even so, eliminating or reducing aid to El Salvador, Guatemala and Honduras would make just the smallest of dents in the overall foreign assistance budget.

Guatemala, the largest of the three countries, accounted for 0.7 percent of all U.S. foreign aid spending in fiscal year 2017. Of the seven countries in Central America, however, the three nations did account for 80 percent of all aid going to the region.

Michele Kelemen contributed to this report.