Accessibility links
Democrats See Nevada As 'The Model' For A Blue Wave In 2016, Nevada flipped the statehouse from red to blue and sent the nation's first Latina senator to D.C. Now, the state could elect its first Democratic governor in 20 years. 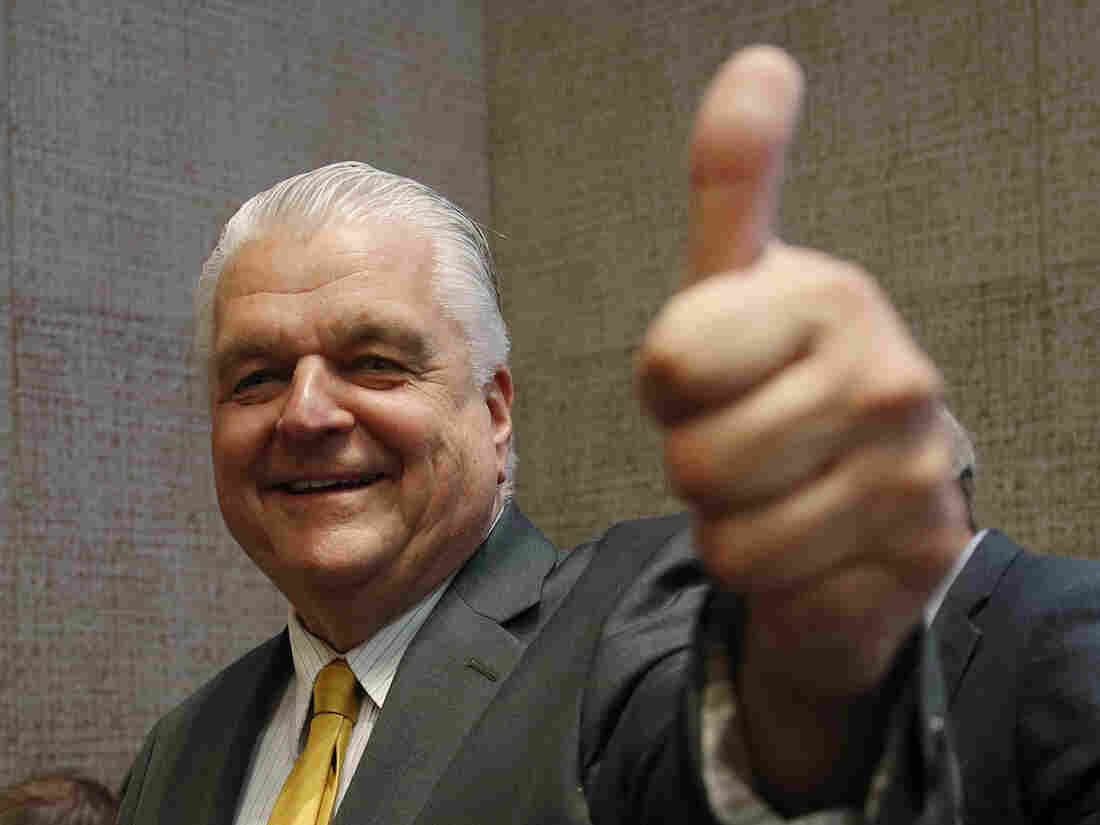 Steve Sisolak, the Nevada Democratic gubernatorial candidate, reacts as he walks off stage at an election night party in Las Vegas after winning the primary. John Locher/AP hide caption 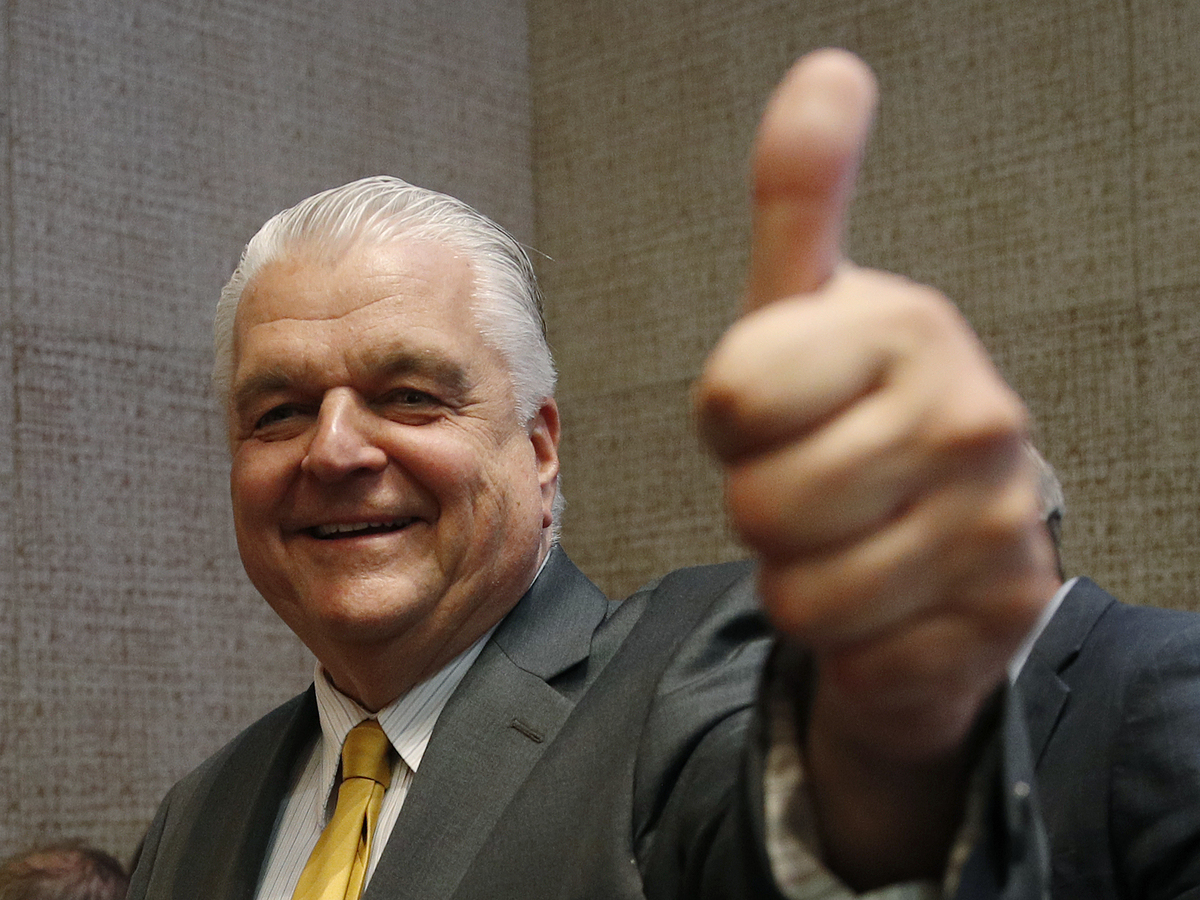 Steve Sisolak, the Nevada Democratic gubernatorial candidate, reacts as he walks off stage at an election night party in Las Vegas after winning the primary.

Nevada, a swing state, bucked the trend in 2016. That was when Nevada chose Hillary Clinton for president, when Democrats flipped the state legislature from red to blue and when the state delivered the first Latina senator to Washington D.C.

This year, the Democrats in the state hope to build on those gains. Here, Steve Sisolak, the Democratic nominee, is in a tight race with Republican state Attorney General, Adam Laxalt for governor. If Sisolak can squeak out a win, he will be the first Democrat elected governor in the state in two decades.

And his race is one of many state races Democrats are doubling down on in hopes that they can chip away at Republicans who control more than half of the country's state legislative chambers and about two-thirds of the governorships.

The chairman of the Democratic National Committee, Tom Perez, calls Nevada "the model."

"The Democratic party nationally needs to emulate what Nevada has been doing since the beginning of 2015, which is organizing early, organizing everywhere," he says. "Making sure we have a 12-month party where we are talking to people."

Perez says he thinks Democrats will flip anywhere from eight to a dozen governor seats this election and they've got their eyes on races everywhere from Georgia, where voters could elect the first black woman governor in the country, Democrat Stacey Abrams, to Kansas where well-known Republicans are backing the Democratic candidate.

On a recent Sunday, Sisolak and Perez were out together shaking hands at the Las Vegas Seafood City Supermarket before early voting began this Saturday.

For this visit, Sisolak is focused on the Asian-American and Pacific Islander vote. They're about ten percent of the state and like the country, they're the fastest growing population. But in this community, the turnout is historically low and in the midterms voter turnout is usually low across the board, especially in communities that lean democratic: young people and minorities. So far with early voting in the state, though, the general turnout has been unusually high.

"We've got to turn out voters, and if we turn out the voters that we've identified, we're going to win," Sisolak says between posing for photos and talking to voters. "If we don't, we're going to suffer the ramifications of that."

This year, Democrats are expected to keep the majority in the legislature and the statehouse could become majority women. That would be a first for the country.

Perez points to the voting fliers at every checkout counter of this Asian grocery store, an early voting site. He says attention to details like that is what's important.

"The old DNC had a faith-based approach to midterm elections. We would pray that the candidates would win. But we didn't do much else," Perez says. 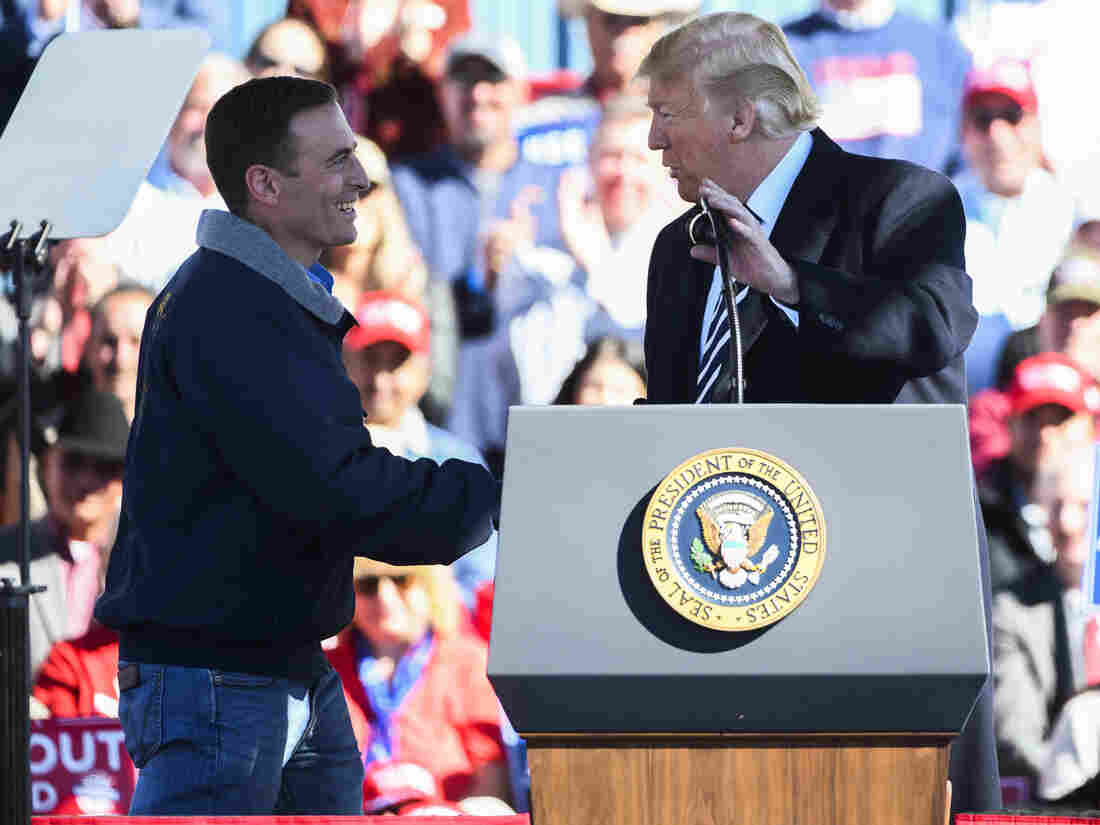 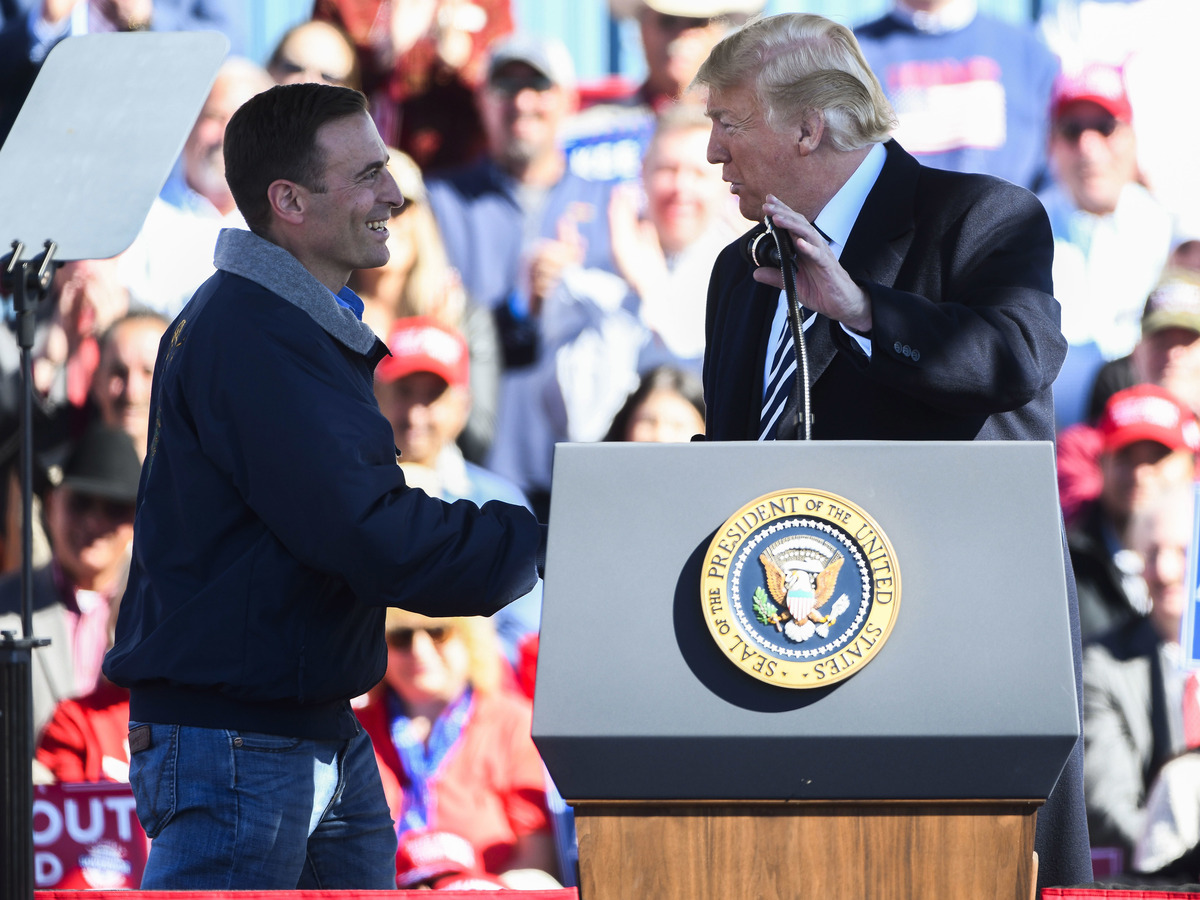 Right now, the governor race is a true toss-up, according to polls. Adam Laxalt, the Republican candidate and state Attorney General, is from a storied political family in Nevada. His grandfather, Paul Laxalt, was the national chairman of President Reagan's presidential campaigns, a U.S. senator and Nevada governor.

But Laxalt faces a lot of challenges. Brian Sandoval, the popular term-limited Republican governor, declined to endorse him. Some of Laxalt's relatives have endorsed his opponent, Sisolak, and attacked his positions. His aunt and a number of his cousins accused him in an op-ed in the Reno Gazette Journal of using the family name to further his political career.

They wrote, "He moved to Nevada in 2013 so that he could lean on the reputation of a family that he hardly knew while tapping into support by donors who had no interest in our state or its people."

A spokesman for Laxalt's campaign told the Washington Post that the gubernotorial candidate "has a large family and some distant relatives are lifelong liberal activists, donors and operatives."

Emails and phone calls to the campaign to request an interview for this story were not answered.

Meanwhile Sisolak is facing his own challenges. He's got name recognition in Clark County, where Las Vegas is, because he's Chair of the Board of County Commissioners but outside of Las Vegas he's not as well known. And analysts say being a city politician will hurt him in rural areas where he's seen as a Las Vegas liberal who will raise taxes.

Like the country, Nevada votes mostly Democratic in urban areas where most of the population is and where the state's diversity is found. And it votes Republican in rural areas. So, Ralston says, whoever can turn out their voters will win the governorship.

"That's how Adam Laxalt won four years ago for attorney general," Ralston says. "He is the only candidate in modern Nevada history to have lost both the urban areas and still won a statewide race and he'll use that same calculus again."

Back at the grocery store, the group of people Democratic candidate Steve Sisolak meets are reflective of Las Vegas's transient character. Some are recent arrivals or visitors who can't vote in Nevada. Others are conservatives who shake Sisolak's hand and later tell me they're not voting for him.

Laurie Latta still isn't sure who she'll vote for. Sisolak hands her his card and she stops her shopping cart next to him.

"I have a question," she says. "What percentage of the marijuana sales go to schools?"

She said she registered in 2016, to vote to legalize marijuana. She thought the money would go to her kids' schools. So far, she says, that hasn't happened. Now she'll vote for whoever will improve her three children's education.