Accessibility links
Saudi Crown Prince Calls Khashoggi Killing 'A Heinous Crime' Discussing a killing that has caused some to view him with suspicion, Crown Prince Mohammed bin Salman said at the "Davos in the Desert" investment forum that it "cannot be justified." 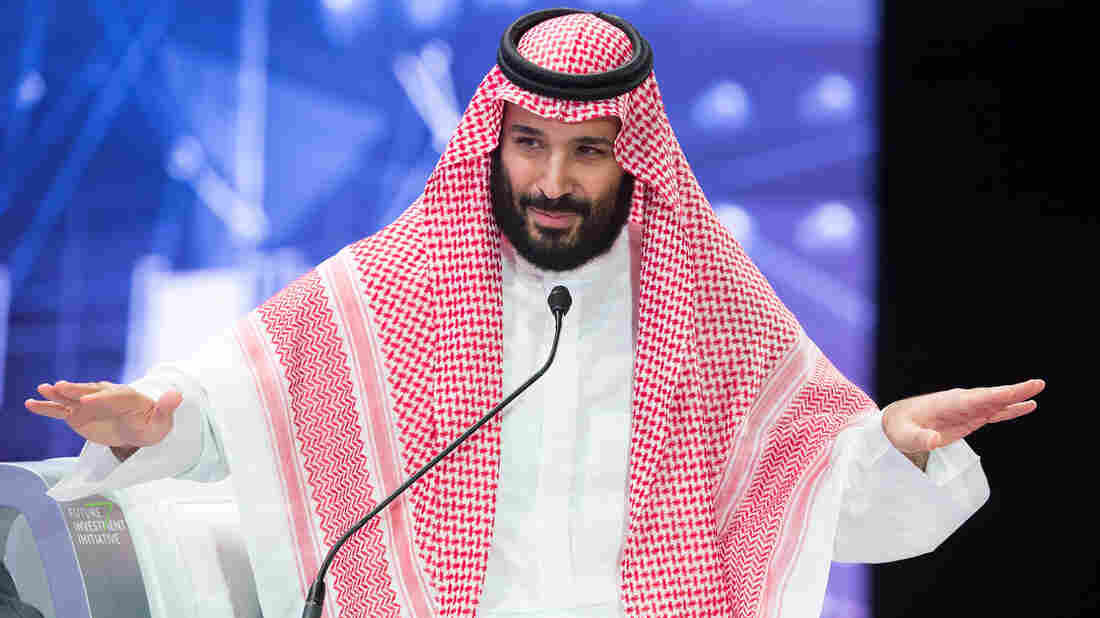 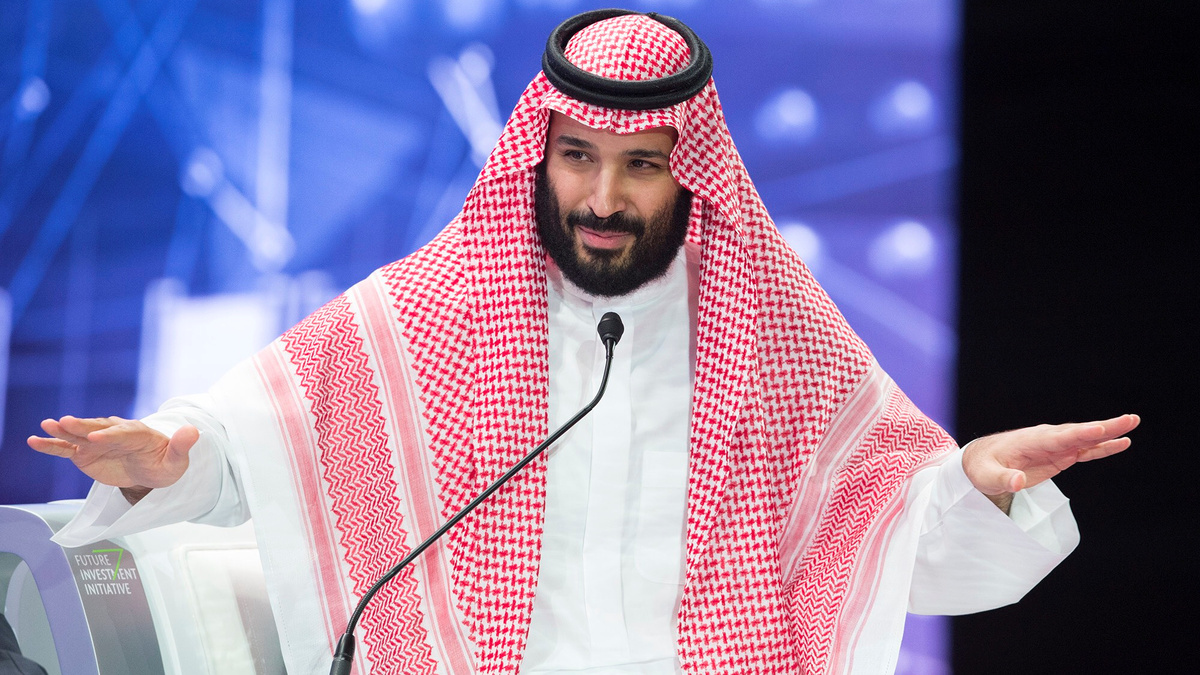 Saudi Crown Prince Mohammed bin Salman said Saudi Arabia is cooperating with Turkey to investigate the Jamal Khashoggi killing, "to present the perpetrators to the court."

Saudi Crown Prince Mohammed bin Salman says the killing of journalist Jamal Khashoggi was "a heinous crime" committed by people who must be brought to justice. The prince, who has fallen under suspicion for possibly ordering the killing, discussed the case Wednesday at the "Davos in the Desert" investment forum.

The crown prince was asked about Khashoggi at the start of a session of the Future Investment Initiative conference in Riyadh — meetings that some business and political leaders chose to avoid as the international community rejected Saudi Arabia's shifting explanations for how Khashoggi died at its consulate in Istanbul earlier this month. Turkish officials say Khashoggi, a noted critic of the ruling regime, was murdered.

"First of all, the crime was really painful to all Saudis, and I believe it is painful to every human in the world," Crown Prince Mohammed said. "It is a heinous crime that cannot be justified."

The crown prince said Saudi Arabia is cooperating with Turkey to investigate the case, "to present the perpetrators to the court and take their judgment."

He also accused critics of trying to use Khashoggi's death to "drive a wedge" between Saudi Arabia and Turkey — something he said would not be allowed to happen.

Khashoggi's death has brought unwanted scrutiny and pressure on Saudi Arabia. The crown prince spoke one day after Turkish President Recep Tayyip Erdogan said Khashoggi had been "brutally murdered" in an operation carried out by a 15-member team who had carefully plotted their actions.

Saudi Arabia has said the killing was accidental, the result of a fight. It has arrested 18 people it says are tied to the incident. But Erdogan said, "leaving some security and intelligence forces holding the bag will not satisfy — neither us nor the international community."

Shortly after Erdogan spoke on Tuesday, President Trump said of the affair, "The cover-up was the worst in the history of cover-ups."

Trump also delivered his most direct criticism of the prince and the Saudi response yet, in an interview with The Wall Street Journal.

Trump said that he didn't believe King Salman bin Abdul-Aziz Al Saud, 82, knew about any plans to kill Khashoggi. But when he was asked whether Crown Prince Mohammed might have known, Trump said, "Well, the prince is running things over there more so at this stage. He's running things and so if anybody were going to be, it would be him."

The State Department moved to revoke or refuse visas to suspects it has identified in the case. That includes, Secretary of State Mike Pompeo said on Tuesday, members of the kingdom's "intelligence services, the royal court, the Foreign Ministry and other Saudi ministries."

Crown Prince Mohammed accused others of trying to use Khashoggi's death to "drive a wedge" between Saudi Arabia and Turkey, something he said would not be allowed to happen. He added, "We will prove to the world that the two governments are cooperating to see that all perpetrators are taken to court, and justice will be seen in the end. This is what I can say."

The Khashoggi killing, and the Saudis' response, has altered perceptions of both the Davos-like conference and the crown prince, who has a history of resorting to very direct means to attain his goals.

Anyone wanting a reminder of that context at Wednesday's session didn't have to look far: Sitting on stage next to Crown Prince Mohammed was Lebanon's Prime Minister Saad Hariri, whom the prince was accused of detaining and forcing to resign during a trip to Saudi Arabia last year.

The crowd at Wednesday's event cheered when the prince referred to that incident, concluding the session by saying, "Prime Minister Saad is going to be here for two days — so please, no horror stories [that] he is kidnapped."

Crown Prince Mohammed smiled as the audience whistled and clapped; he and Hariri shook hands as they continued laughing.

#CrownPrinceInFII2018: #Saudi Crown Prince #MohammedbinSalman says #Lebanon's #Hariri will be in the Kingdom for the coming two days.

“I hope there are no rumors of his abduction,” he joked with the audiencehttps://t.co/2mGiDA25xO pic.twitter.com/psSryEj74x

Hariri isn't the only official who was reportedly held captive since Mohammed was named crown prince in 2017. As NPR's Jackie Northam has reported, during what was touted as an anti-corruption campaign, Crown Prince Mohammed "rounded up more than 200 Saudi businessmen and princes and government ministers, and he held them at the Ritz Carlton hotel for more than three months until they paid hundreds of millions of dollars to get out."

In an earlier interview, Jackie also spoke to Khashoggi about the prince. Here's what he said about Crown Prince Mohammed:

"He has no interest in political reform. He thinks he can do it alone, and he doesn't want really any counter opinion or anyone to share those changes in Saudi Arabia with him."

At the Riyadh conference, the prince headlined a session titled "Epic rise: How will visionary leadership transform the Arab world into a global economic powerhouse?"

After he addressed the question of Khashoggi's death, the prince then launched into his prepared remarks about the session's topic: how Saudi Arabia hopes to develop its economy beyond its oil industry.