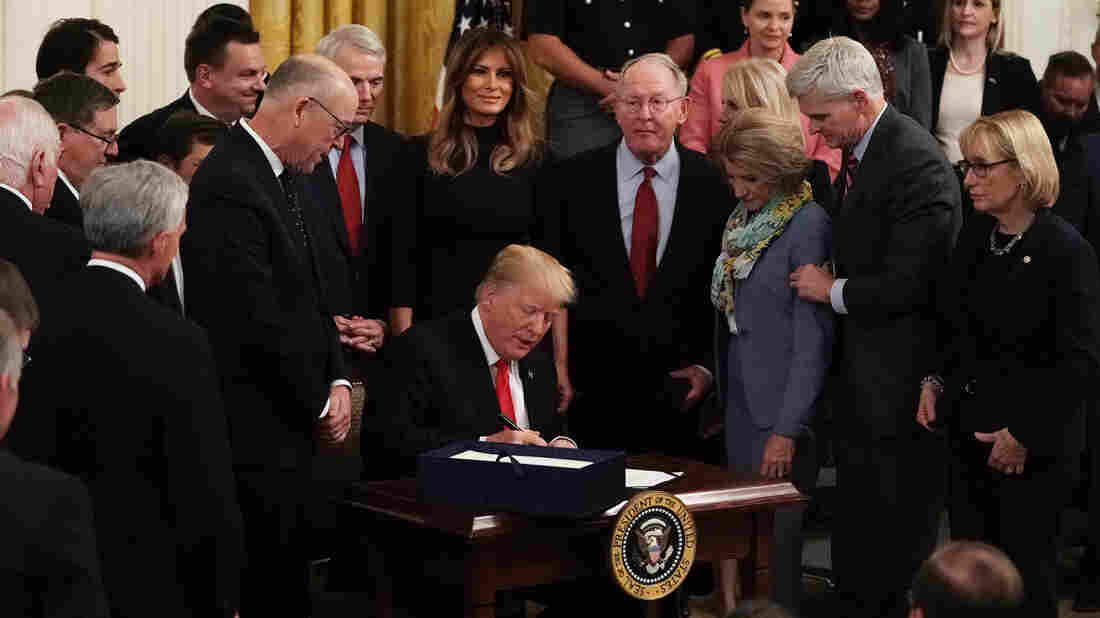 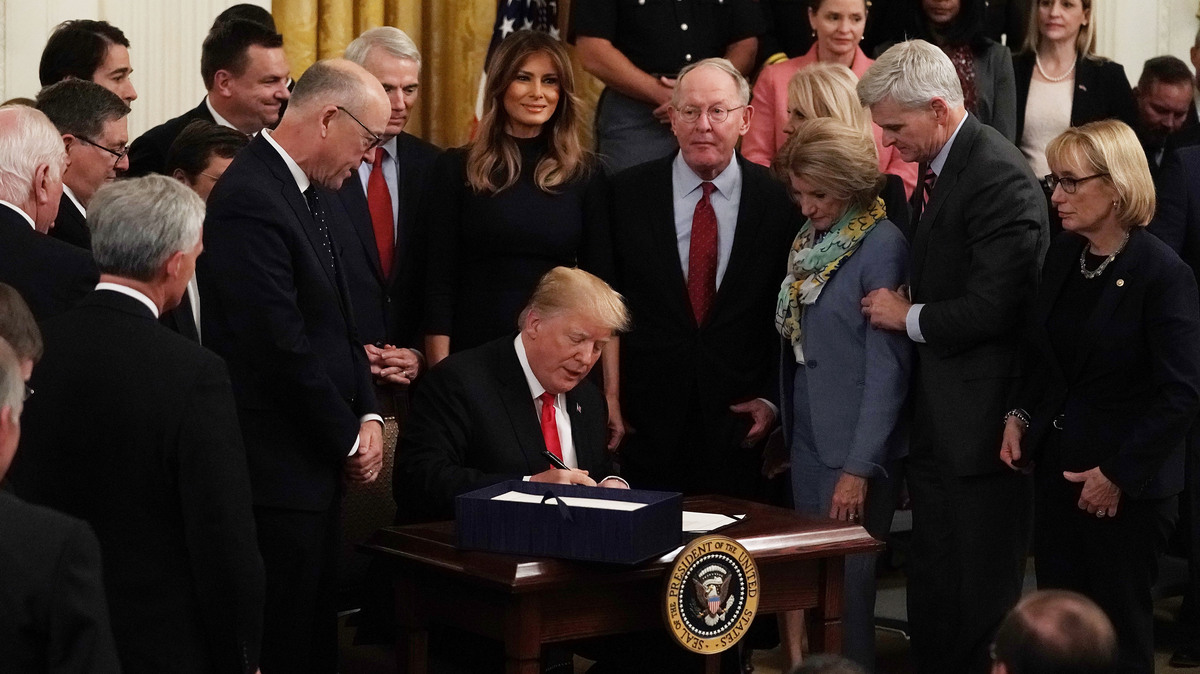 Flanked by lawmakers and first lady Melania Trump, President Trump participates in a bill signing to dedicate more resources to fight the opioid crisis during an East Room event at the White House Wednesday.

With the nation reeling from an epidemic of drug overdose deaths, President Trump signed legislation Wednesday that is aimed at helping people overcome addiction and preventing addictions before they start.

The opioid legislation was a rarity for this Congress, getting overwhelming bipartisan support in both chambers.

The expansive package focuses on improving access to treatment services by lifting certain restrictions on Medicaid and Medicare coverage, as well as backing the creation of comprehensive opioid recovery centers.

It attempts to address over prescription of opioids and authorizes government research into non-addictive drugs that could be used for pain management.

There are also measures that seek to curtail foreign shipments of illegal drugs to the United States.

Sen. Rob Portman, R-Ohio, spoke to NPR ahead of the bill signing. He was a leading proponent of the legislation in the Senate.

"It will help in terms of both reducing some of this poison coming into our communities, but it also helps with regard to getting people into treatment," Portman said.

Opioids kill more than 115 Americans each day, according to government statistics.

Opioid Deaths May Be Starting To Plateau, HHS Chief Says

In 2017, more than 72,000 Americans died from drug overdoses, up from roughly 64,000 overdose deaths in 2016. Alex Azar, secretary of the Department of Health and Human Services, says the number of overdose deaths may be beginning to level off.

The widespread nature of the addiction problem may have helped the legislation get across the finish line in an otherwise deeply divided Congress, Portman said.

"Because of the severity of the crisis, and particularly in states like mine, people are willing to work together and join hands and figure out how to solve it and forget the politics," Portman said.

Drug addiction is one of the few issues where polling shows that both Democrats and Republicans agree that it is a "very big" problem.

But, some critics of the new law argue that much more money is needed to fully address the crisis. Earlier this year, Congress approved an additional $6 billion over two years to fight the epidemic.

Sen. Maggie Hassan, D-N.H., backed the bill, but told NPR that the legislation was just an initial step.

"Experts in the field tell us that is not nearly enough," Hassan said. "We have to treat this as a starting point. We have a lot more work to do."