Accessibility links
Review: 'Border' Cleverly Blurs Division Between Reality and Folkore Tina (Eva Melander), a Swedish customs official, can smell when someone's lying. When she meets a stranger (Eero Milonoff) who knows more about her than he's saying, she sets out to find answers.

Swedish Film Cleverly Blurs The 'Border' Between Reality And Folklore

Swedish Film Cleverly Blurs The 'Border' Between Reality And Folklore 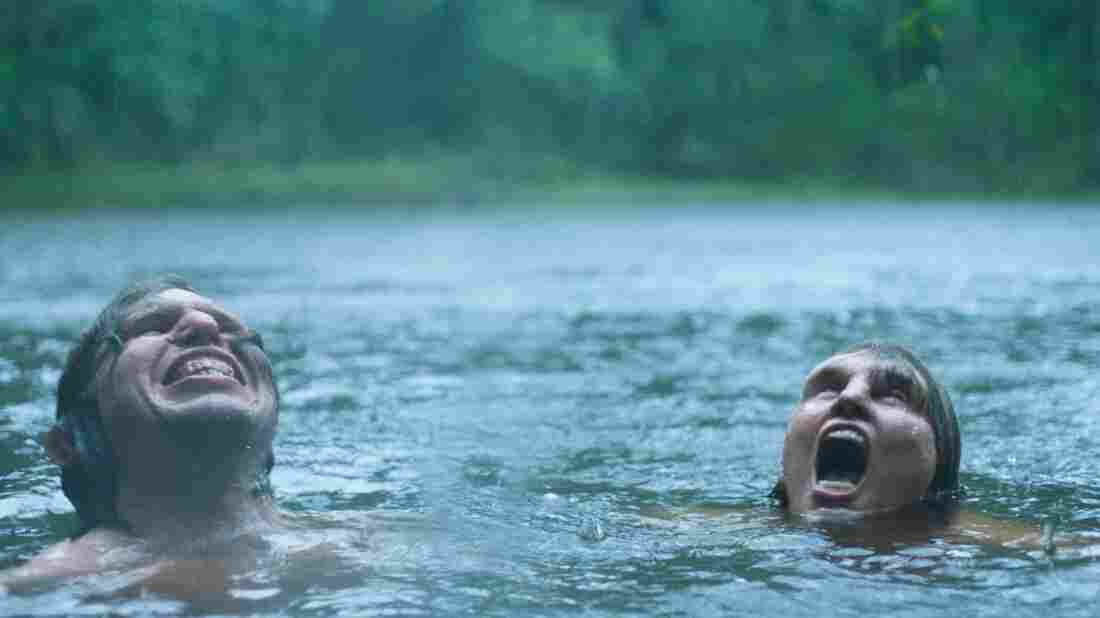 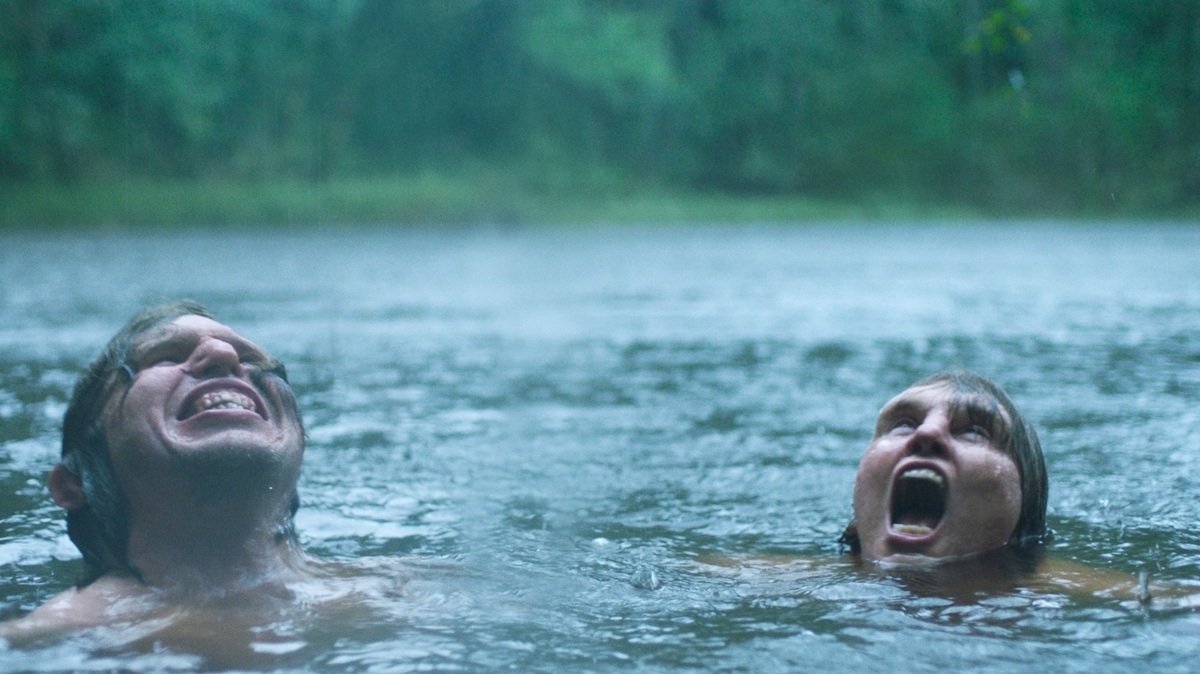 Ostensibly, the title of the Swedish film Border refers to the internationally recognized demarcation separating one country from another. Its main character Tina (Eva Melander), after all, works at the Swedish Customs Service, where she screens those entering the country for contraband. She's very, very good at her job: She can literally smell deceit, which, when you think about it, should single-handedly earn her portrait pride of place on the Employee of the Month wall, in perpetuity.

Of course, there's more to it. If Border were only about Customs practices, howsoever informed they might be by nasal lie-detection, the film would be odd, but relatively straightforward — a kind of Nordic, olfactory-powered superhero yarn, maybe. Happily, this is not the case. Director Ali Abbasi's film, based on a short story by Let the Right One In author John Ajvide Lindqvist, dips generously into folklore, as did that earlier novel and its subsequent cinematic adaptations. The result is a deeply odd film that refuses to conform to familiar story structure, opting instead to test the permeability of the various membranes that separate some aspects of the world from others:

Good from evil. Revenge from forgiveness. History from myth. Male from female. Human from monster.

The film will send Tina across these barriers again and again; she will transgress, transition and transform.

For the first 45 minutes or so, however, she resolutely clings to her unhappy state of being, trapped as she is in a loveless, non-physical relationship with a deadbeat dog-trainer. (His dogs hate her.) And then there's her unusual physical appearance: Melander delivers a terrific performance, though her features are buried under layers of lumpy prosthetics. We can barely make out her eyes under that great slab of a brow, for example, but when we do, they glisten with a kind of searching, haunted sadness.

It will take audiences possessed of even a rudimentary knowledge of world folklore mere minutes to twig onto what, exactly, Tina's deal is. One of the biggest risks Border takes is in the deliberateness with with it slow-walks Tina's journey to self-realization.

That journey begins with the arrival of Vore (Eero Milonoff), a leering mouth-breather in a patent-leather jacket possessed of a similarly lumpy visage, who passes through Tina's checkpoint and captures her attention. Attention becomes fascination, fascination becomes passion, and passion becomes the year's most hilarious sex scene, which seems engineered to send the squares in the audience squirming in their seats.

Secrets get revealed, and decisions get made — but not before the film sends Tina trotting through a dutiful sub-plot tracking down evil-doers whose crimes are egregiously and wincingly heinous. (The film seems convinced that sensationally dark and gritty sexual violence is needed to ground its story, which, to be fair, is very Nordic of it.)

Both cinematic adaptations of Lindqvist's novel Let the Right One In staked out patches of thematic real estate similar to Border's — isolation, shame, self-loathing — though they did so with a grander flourish, capped by set-pieces in swimming pools that delivered (literally) visceral thrills. Perhaps due to Border's provenance as a short story, or perhaps because director Abbasi is less interested in cinematic payoff than in interpersonal ambiguity, the film's closing scenes leave the audience — and Tina — in a state of unresolved tension. She changed, yes — but she's no more sure about her next steps than we are.

But that makes sense. It may be true that many stories end with characters stepping out of the familiar, into the unknown. But the act of crossing a border is never solely an ending; it is always, in a larger, truer sense, only the beginning.