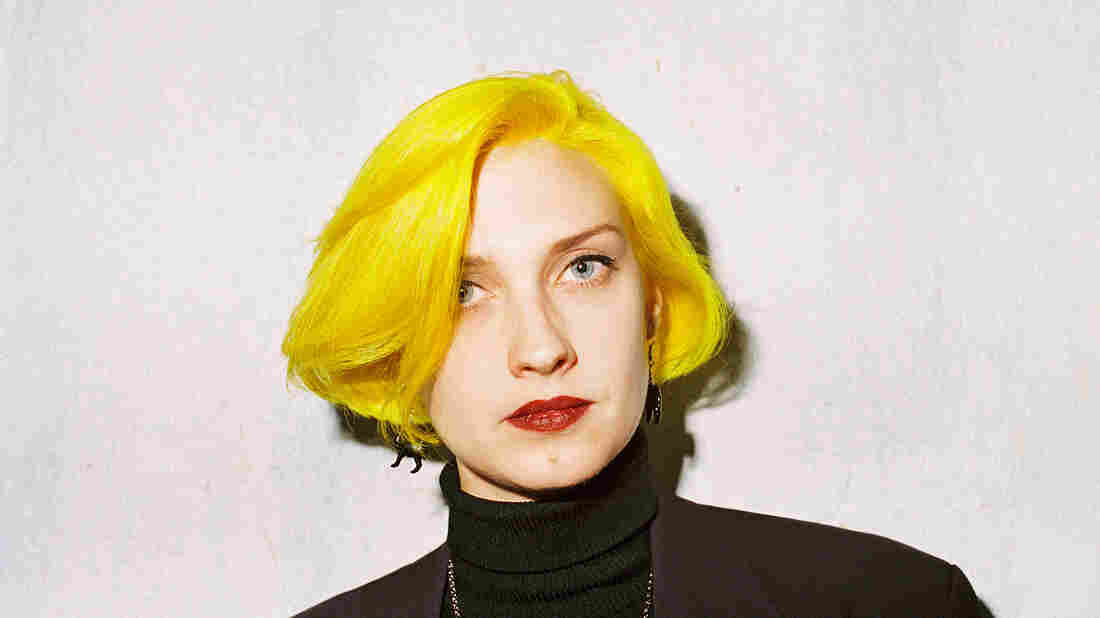 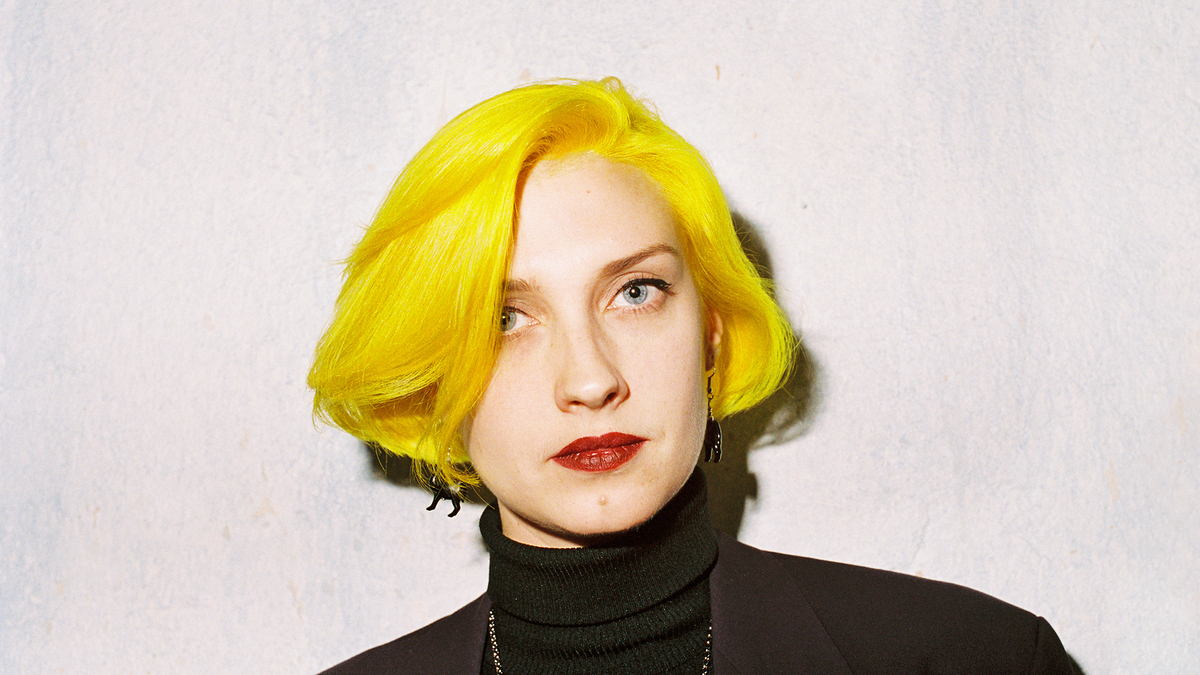 Maya Fhur/Courtesy of the artist

Around this time last year, Molly Nilsson was thinking a lot about the number 2020. On tour in 2017, she got stranded at the airport in Tokyo. There were big signs on the walls that read "2020," pasted in anticipation of Japan's summer Olympics. But to Nilsson it meant something different. The number crept into her dreams; she realized it was going to be a leap year, she thought about vision, about capitalism, superstition and repetition. 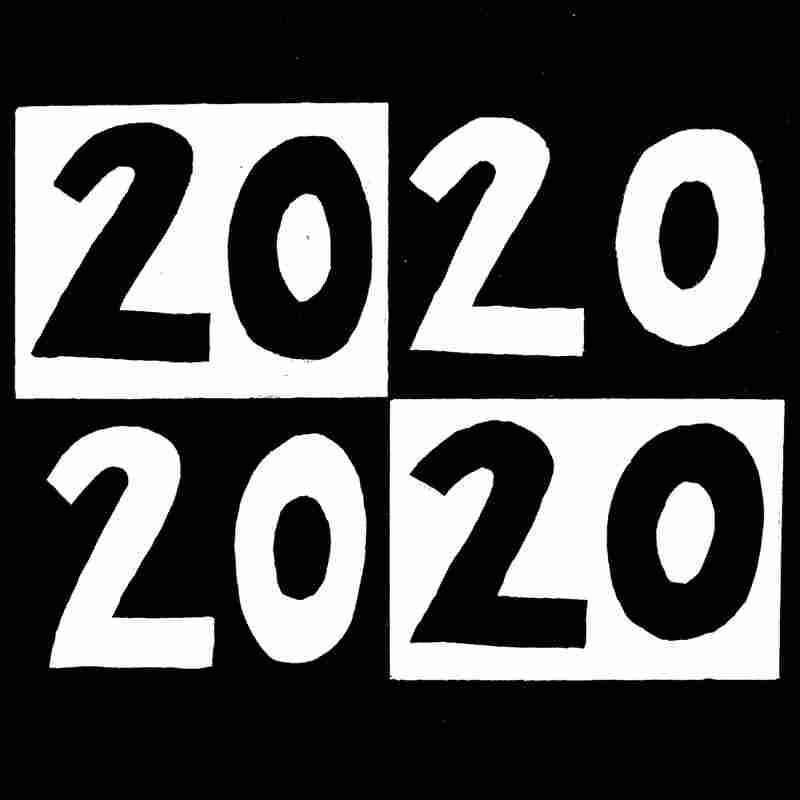 Twenty Twenty will be the 33-year-old synth musician's eighth album of the unkempt, astute pop songs she's self-released since 2008, recorded, as usual, in her own Lighthouse Studios in Berlin, and co-released with her label Dark Skies Association and Glasgow's Night School Records. Her records always contain snippets of her life — flying over Greenland, watching a late-night TV movie, chain-smoking, getting a whiskey sour spilled on her at a party, remembering Windows 95 — and the anxieties and appetites that accompany them. On Twenty-Twenty, she's more concerned than ever with what those fragments expose, what it means to try to figure out who you are right now. She makes self-discovery in 2018 sound ominous and fun and painful at once.

Twenty Twenty feels the way it feels to exist at this time. While acknowledging our twisted world, Nilsson is still living and breathing and experiencing love and hope and desire — and wondering what the heck to make of it all. If there's a limited time to figure it out, which parts do you spend time on? How do you move forward when you know you're heading into darkness? For Nilsson, there's some light in knowing there's still room to grow.

The record begins on "a late capitalist night," in "pre-apocalypse times," with the sparkling "Every Night Is New." Nilsson is feeling all right. She's spent her years studying the clouds, reading books, watching films and going to school to learn things she no longer believes, or maybe never has. It soon becomes clear that everything is unclear — maybe she doesn't know anything at all. But at the moment, she doesn't care "if the world is through," because she's here now. She references her own 10-year-old song: "Hey moon, have a nice life! I never lost faith in you," as though speaking to a past self.

Nilsson talks a lot about time and endings on Twenty Twenty. How moving on can feel like forward motion, until you wind up feeling like the old you again. On "Days of Dust," which wouldn't be out of place on the Pretty in Pink soundtrack, she sings, "Like I had just been saved / From a burning building of desire / I got back up and I ran right into the fire." In the video, she walks Berlin streets with a listless look that suggests recent heartache and determination to evolve. She dances in a cemetery, rides with the top down, seeming full of wistful anticipation. "If it's over now / Then maybe it was meant to be," the song concludes, sounding inconclusive.

"Gun Control" is hinged on a metaphor about a soul punctured by bullet holes, with lines about crowded streets, credits rolling, safety belts and hanging round the same old bars. At the end she backs up her gloomy vocals with encouragement, singing, "When you know the past is already gone and it's already done / Now put your faith in the young!" While the album has a general malaise, it's peppered with hopeful notions. But mostly it deals with interiority. On "Your Shyness" (right before the jazzy intermezzo "My Mental Motorcycle"), she sings with a far-away voice, "Take a picture of me now / But I know what's really there won't show / The way I feel it inside me now." It's one of the songs on Twenty Twenty that directly connects personal seclusion to "the way we're living, in the world today." Its languid pace contrasts with a stuttering pulse, expressing the strangeness of feeling unable to connect. "I keep wishing I'm somebody else / I keep missing out on myself," she sings.

The finale, "Blinded By The Night," the record's most haunting track, is similarly steeped with ideas of selfhood and the passage of time. "You can count my rings after I fall," Nilsson sings over a drowsy beat and a dulcet pop hook, pretending she's a tree, "And still not know a thing about me." She sings of slipping away, of late nights at homey bars. She wonders if years from now this will all be forgotten. Someone stares deep into her eyes, and she notes that every star is "unaware how dark their surroundings are." And, despite the ache, realizes her glass is full — at least for a moment.