Accessibility links
On 'She Remembers Everything,' Rosanne Cash Wields A Lived Testimony Rather than the complexities of inheritance, Rosanne Cash's mind is on what it takes to dislodge entrenched patterns and hierarchies.

On 'She Remembers Everything,' Rosanne Cash Wields A Lived Testimony

On 'She Remembers Everything,' Rosanne Cash Wields A Lived Testimony 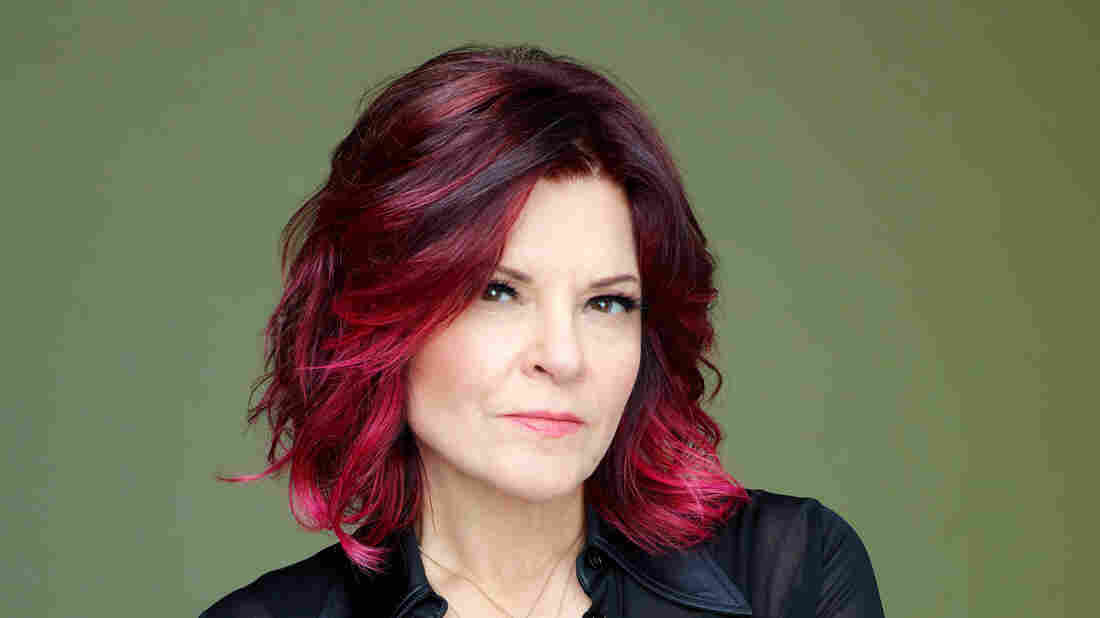 Rosanne Cash's She Remembers Everything comes out Nov. 2. Michael Levine/Courtesy of the artist hide caption 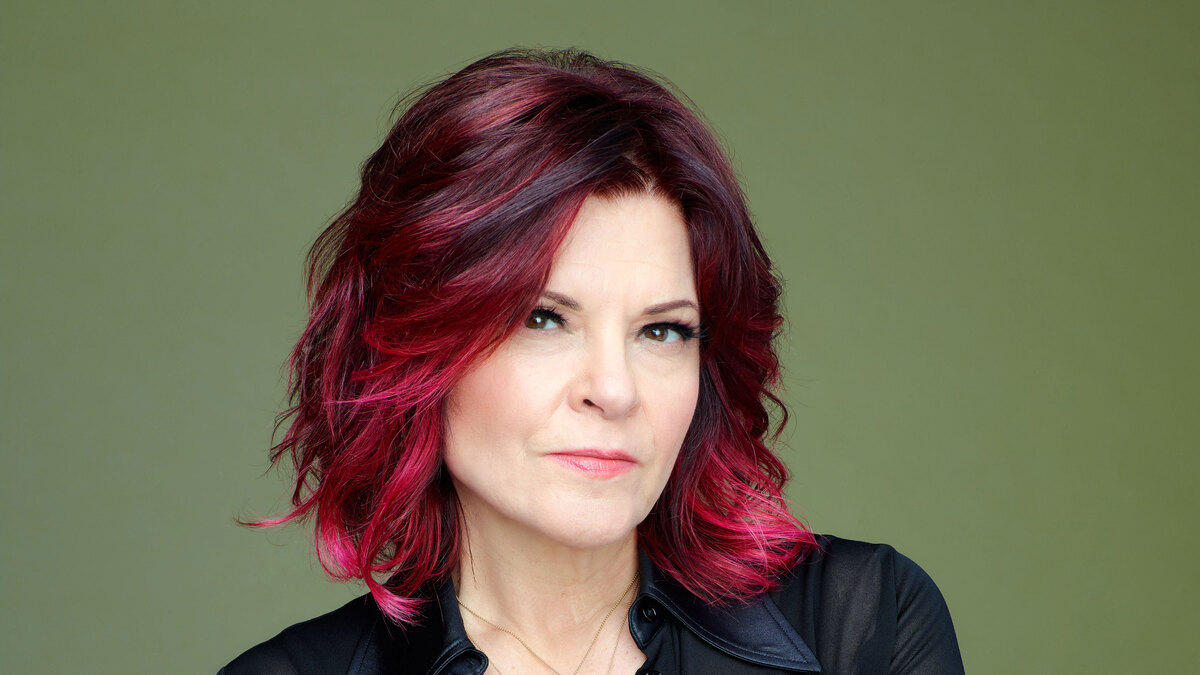 Rosanne Cash's She Remembers Everything comes out Nov. 2.

Michael Levine/Courtesy of the artist

Over the past few years, a number of youthful women's voices making their first contributions to broader musical conversations have found power in the hyper particular and personalized accounting of dehumanizing experiences. At the same time, some more seasoned artists like Rosanne Cash, who've contributed throughout their careers to the work of asserting that women's perspectives, and the art they incite, hold weight, now find themselves taking in these new rounds of testimony to assault and anguish and reckoning with their own disappointment about hoped-for progress that hasn't yet come. 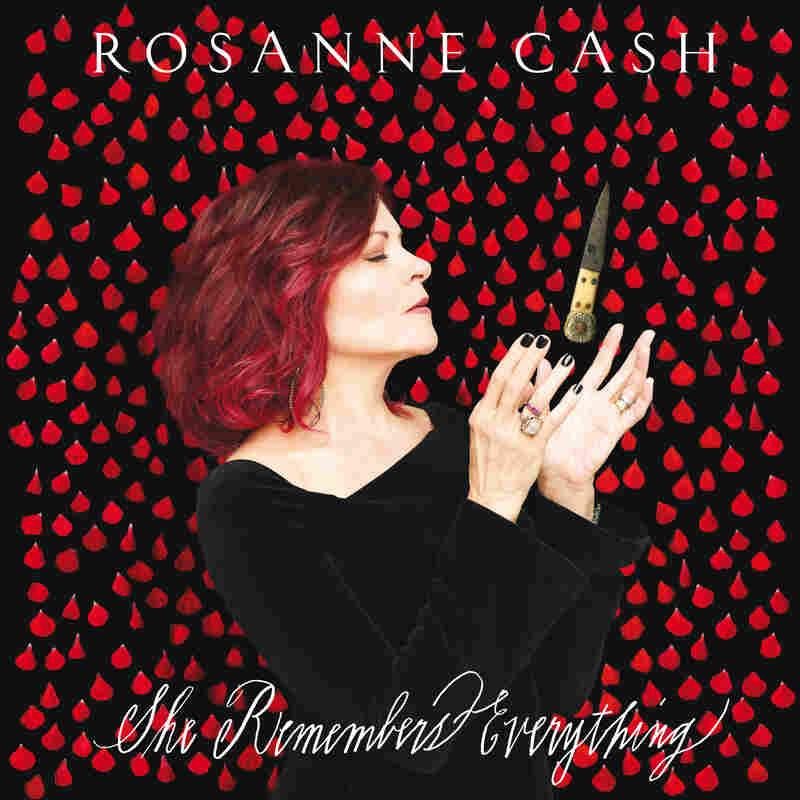 Cash was an important, elevating presence in the country music landscape of the 1980s, who increasingly celebrated her urbane and literary inclinations and became recognized as a pillar of the Americana singer-songwriter community. She devoted her three previous albums to exploring her relationship to her musical, cultural and regional roots. Her latest, She Remembers Everything, marks a shift in perspective and tone; rather than the complexities of inheritance, her mind is on what it takes to dislodge entrenched patterns and hierarchies.

Cash's multi-instrumentalist husband John Leventhal has been her primary producer for the last quarter-century. This time, the duties were divvied up almost equally between Leventhal and Tucker Martine, and Cash brought a host of other collaborators — Sam Phillips, Lera Lynn, T Bone Burnett, Elvis Costello and Kris Kristofferson included — into her songwriting process. Broadening the circle seems to have helped her distill her deepest concerns.

It makes sense to hear a couple of songs, "Crossing to Jerusalem" and "Not Many Miles to Go," as echoing elements of Cash's autobiography, with their appreciations of mid-life stability and contemplative recognition of what's within and beyond a person's control. She sings "Jerusalem," a refined folk ballad produced by Leventhal, with equanimity, intimating what a taxing venture it was "turning ourselves inside out to find we're already home," then settling into the affirmation "we'll be crossing to Jerusalem with nothing but our love." During "Miles," an elegant jangle rock number produced by Martine, she summons the sound of her youth and surveys a partnership with affection, hinting that whoever lives longer will be the custodian of their shared memories. Her performance is as teasing as it is reassuring.

In most songs, though, hearing the protagonists' words as Cash's own would unnecessarily hem in the stories' meanings. In "8 Gods of Harlem," a sparkling slice of '70s pop-rock aided by Costello and Kristofferson, she plays the part of a grieving mother, viewing as a curse the urban epidemic of gun violence that stole her young son. (Cash took up the topic of gun violence in a more direct, confrontational way in an op-ed earlier this year.) Accompanied by Leventhal's gracefully decorous piano and guitar playing during "Everyone But Me," she's a woman looking back ruefully on compromises she's made. "And I pleased everyone," she reflects, her delivery of that last word darkened by weary, knowing strain, before correcting herself: "I mean, everyone but me." "My Least Favorite Life," a dusky, pensive torch-pop tune penned with Lynn and Burnett for the first season of True Detective, begins with a taciturn pulse comprised of muffled kick drum thumps and quarter-note cymbal caresses. Cash delivers the lyrics like someone quietly horrified by the vision of constrained existence they contain. "This is my least favorite life," she sighs heavily, "the one where I'm out of my mind; the one where you're just out of reach; the one where I stand and you fly."

In both "The Only Thing Worth Fighting For," which has a subtly springy, '60s pop groove, and "The Undiscovered Country," which feels like a Celtic folk ballad burnished to jazz-pop luster, she testifies to women's determination to narrate what they've born witness to and see their accounts taken to be as authoritative as men's. "I bartered for their silence, and I threw away the key," she sings during the latter, "and someone's going down, but it's not me." "She Remembers Everything" opens like an awakening, a shimmery mirage of organ chords followed by rapt vamping on piano and reverb-drenched ripples of guitar. Over that delicate accompaniment, Cash poses an ominous rhetorical question: "Who knows who she used to be before it all went dark?" She musters distress for the choruses's pivotal line: "Outside this waking dream, she remembers everything." In the context of this deeply attentive song cycle, the image of a woman wielding her lived testimony lands as a threat and a source of comfort.