Accessibility links
On 'Honey,' Robyn Dances Toward Stillness Robyn songs feel like crying on the dancefloor. But Honey is, at its core, about moving towards something freer, softer, more honest. 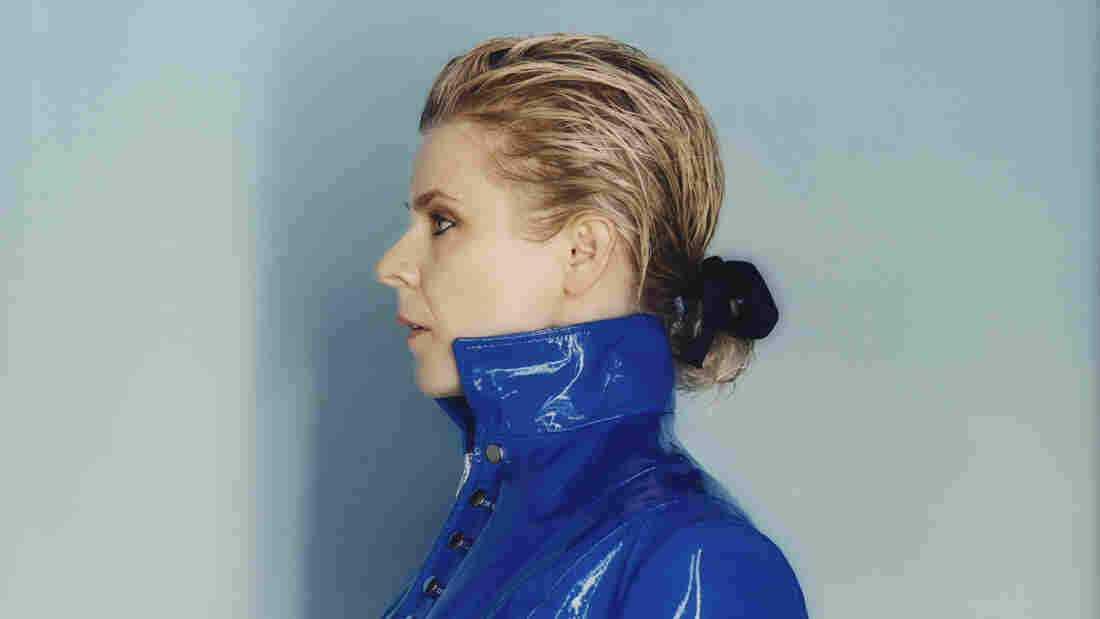 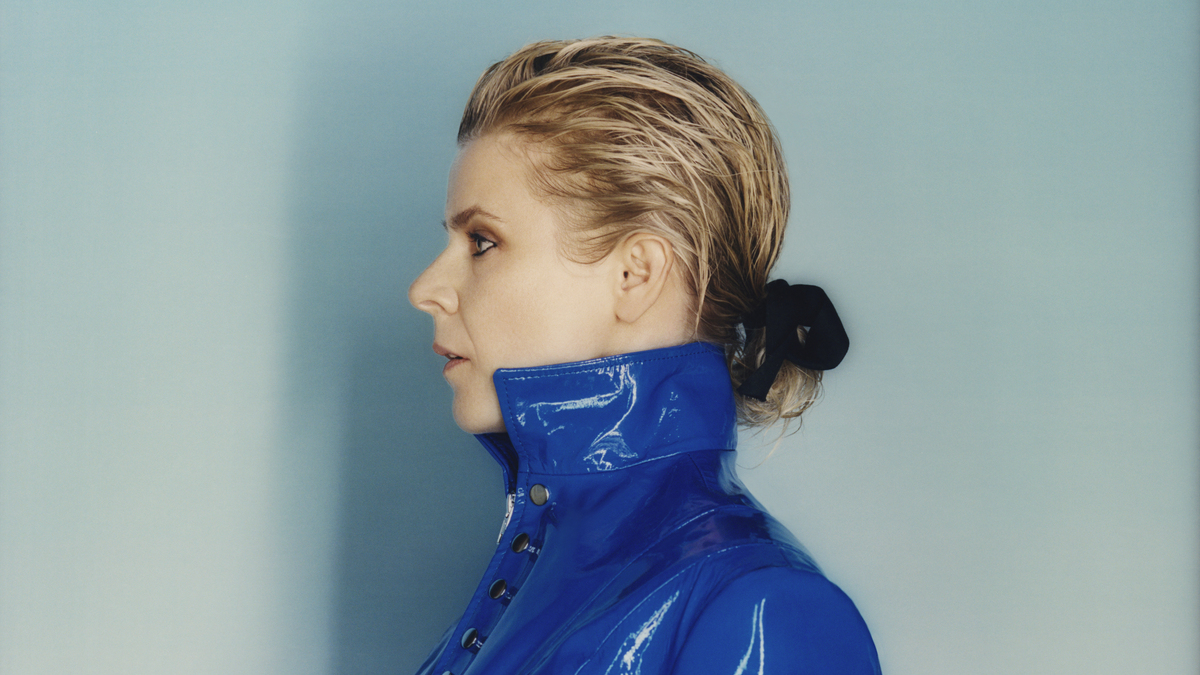 Mark Peckmezian/Courtesy of the artist

On an emotional level, Robyn songs usually aren't interested in tidy conclusions. They're more inclined to sit in the warring, volatile parts of our inner lives, and then find some space in there to dance. She's desperately trying to get over someone while staring at them from her solo corner of the club; she wants the object of her affection to leave his girlfriend but also wants him to treat her right; she wants to devote all her time to someone but also instructs that person not to fall too hard in love. "Maybe we could make it happen," she sings, "but things will never change." Robyn songs feel like crying on the dancefloor: being right in the middle of a problem and feeling compelled to move, but maybe not ready to move on.

That description may make these songs sound like contradictions, but that isn't quite right — they're more like blueprints for emotional processing. And on Honey, Robyn's new album, she hints at what the fruits of that processing might be. Honey is, at its core, about moving your body and your heart towards something freer, softer, more honest. There are no dramatic revelations or overwhelming payoffs; instead, it's a dance album that sounds like stillness.

Robyn's always been an artist who likes to take her time. It's been eight years since her last full-length solo release, 2010's excellent Body Talk (and it was five years between that album and the self-titled album that preceded it). In the meantime, she's been working consistently, releasing collaborations with Royksopp, Mr. Tophat and Kindness and an EP with La Bagatelle Magique. Robyn also went through an intense time personally, dealing with both a tumultuous romantic breakup and the death of her close friend and collaborator, the producer Christian Falk.

During this time, Robyn also got into psychoanalysis — really into it, going to sessions several times a week for years. She fell in love with the process, saying it helped her realize things about herself she never knew. She called it "un-rigid and experimental" and "an inspiring, amazing place."

Psychoanalysis requires something really specific from both the mind and the body: on the one hand, a deep inner searching; on the other, stillness. Lying on your back on a couch, looking not at your interlocutor but directly at the ceiling — as one does during a session — is supposed to remove other distractions so you can focus on excavating your unconscious. Robyn seems like a natural fit for this practice; in her songs, liberating mind and body often seems to happen at the same time, or at least, one always seems to require input from the other. And Robyn's best songs – like a relationship with psychoanalysis, probably — benefit from patience. Like "Missing U," the first track on Honey and perhaps the album's saddest song: You could get lost in the song's central arpeggio, which drives it consistently forward; Robyn described it as a "whoosh of light." But spend some time with the lyrics and you'll find yourself arrested in mourning: emptiness, negative space, unfulfilled plans. The songs on Honey honor those two ways of being — stillness and searching — simultaneously.

Robyn has talked about how, when writing this album, she was inspired by club music's woozy, patient structures. "When you're listening to club music, there's no reward," she told The New York Times. "The reward isn't, 'Oh, here's the chorus, here's the lyric that makes sense.' You have to enjoy what it is. You have to enjoy that there's no conclusion." And Honey is dance music. "Because It's In The Music" shimmers like disco; opening single "Missing U" pulses like club pop; even when the songs feel more chill or atmospheric than you'd expect from Robyn — tracks like "Baby Forgive Me" or "Being Human" — it's hard to call it anything else. Robyn taught herself to produce for this album, meaning she often started songs not from putting words to feelings but by getting lost in the minute details of loops and beats. That posture in the studio, as she tweaked the songs that would become Honey, probably felt familiar to Robyn: her body mostly still, her mind reeling.

Conceptually, the whole album is a testament to resisting simple rewards. The album goes, relatively linearly, through grief and loss ("Missing U," "Because It's In The Music"), into various stages of pleading and longing ("Human Being," "Baby Forgive Me"), to desire ("Send to Robin Immediately," "Honey") to a headrush of fun ("Between The Lines," "Beach 2k20"). And as on previous albums, the songs exist within complicated feelings. But where Robyn's older songs seemed to live in the moments before decisions were made, looking out over various possibilities, many of Honey's songs seem more at peace, unconcerned with the need to decide anything definitively or urgently. "Missing U" is about loss, but also about treasuring what you had. "Baby Forgive Me" doesn't really offer an apology, as its title might suggest, so much as trust; "I know we can work it out," she sighs. The song transitions seamlessly to "Send To Robin Immediately," a life-is-short plea to chase what's good: "If you know that you really care, don't hold your breath," she instructs. The slow-creeping insistent pulse that crests halfway through the track is maybe the most aggressive thing on the album, and it's really just underscoring a suggestion to tell people you love that you love them. And the album's stunning title track swims in calm acceptance that maybe we're all doomed but there's still pleasure to be found: "You're not gonna get what you need / But baby, I have what you want / Come get your honey." When the album ends, on "Ever Again," with Robyn assuring you that she's "never going to be broken-hearted ever again," it feels not naive but assured. Loss is inevitable; falling apart over it, Robyn seems to suggest, isn't.

I love knowing that Robyn danced constantly while working on Honey, putting on the house and techno and disco records she loved to get inspired. She said she wanted to get lost in hypnotic rhythms, and you can hear how that urge seeped into the songs that make up Honey. In a way, it seems like she ended up crafting a perfect foil to psychoanalysis: an album for moving your body with your head on straight.