Accessibility links
Pritzker Breaks Campaign Finance Record, Annoys Illinois With $80 Million Of Ads J.B. Pritzker, Democratic nominee for governor in Illinois, has broken the record for campaign self-finance. A lot of money is going to advertising, which isn't making everyone in Illinois happy. 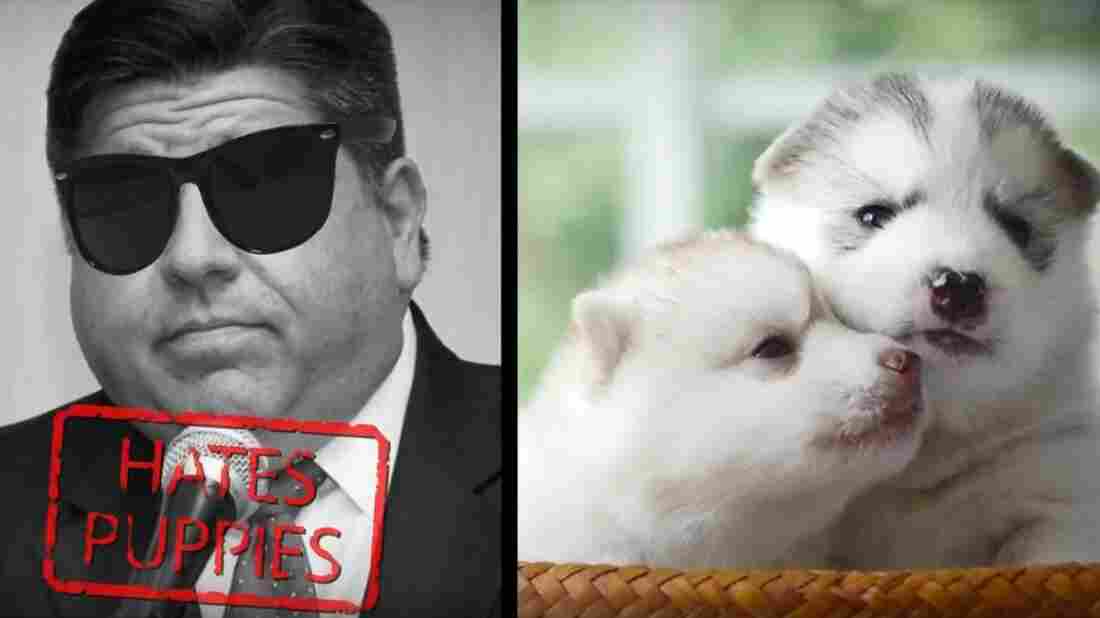 In an ad from J.B. Pritzker's campaign for governor, the candidate denies hating puppies. J.B. Pritzker for Governor hide caption 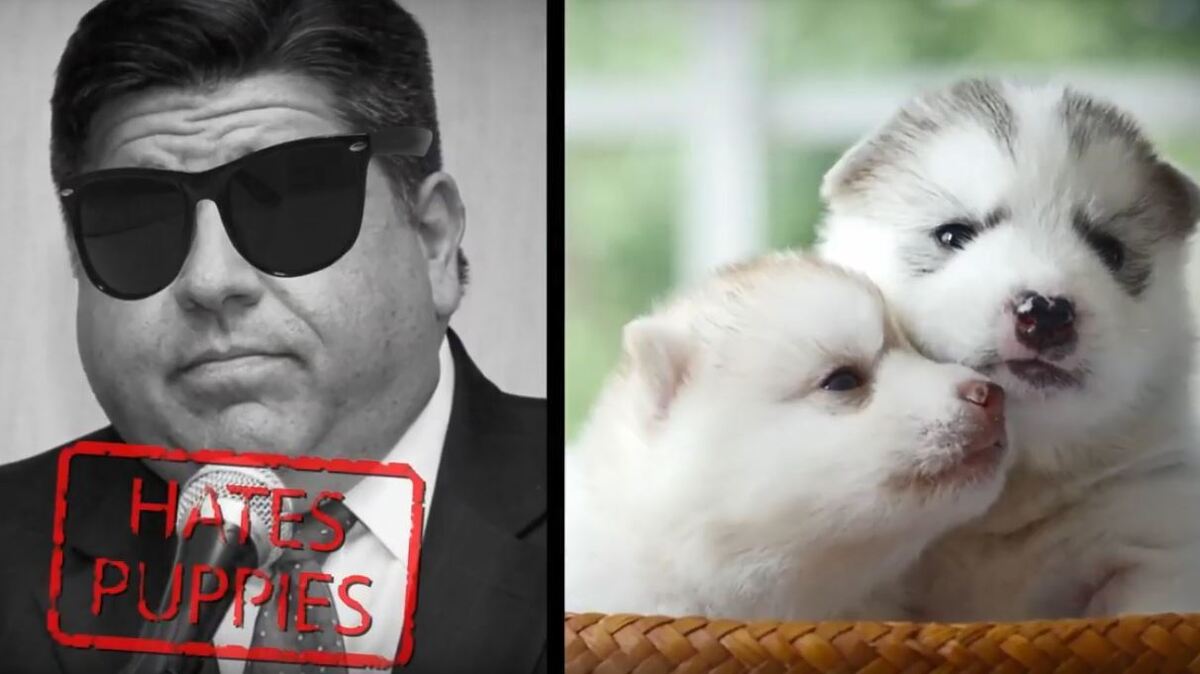 In an ad from J.B. Pritzker's campaign for governor, the candidate denies hating puppies.

Democratic billionaire J.B. Pritzker has given his own campaign for Illinois governor more than any other self-financed candidate in U.S. history. An heir to the Hyatt franchise, Pritzker has given his campaign $161.5 million. This is not adjusted for inflation, but he is closing in on that, too. The previous record for self-financing a campaign was set by Meg Whitman in her failed 2010 bid for California governor, who gave her campaign $144 million of her own money.

Campaign finance records show Pritzker has spent about $80 million on digital and TV advertising so far, ranging from casting Republican incumbent Gov. Bruce Rauner as a failed governor to declaring his love of puppies.

While Pritzker has enjoyed the luxury of a double-digit lead over Rauner in recent polls, his ads show no sign of slowing down — despite how tired viewers are getting of seeing them and making those feelings known on social media. Here are just some examples:

In addition to advertising, Pritzker's campaign has also spent his millions on a comparatively large staff and a number of field offices around Illinois.

And he has been helping finance the campaigns of fellow Democrats, contributing millions to the Democratic Governors Association, Illinois Attorney General candidate Kwame Raoul, state lawmakers and Chicago aldermen.

"You're mistaking something, and that is that I've been involved in Democratic politics for decades now and supporting candidates," Pritzker said when asked whether he is buying the support of Democrats should he win in next month's election.

But Rauner, who has also spent millions of his own fortune on his re-election campaign, has framed Pritzker's campaign as a hobby of someone who inherited his wealth.

"He is trying to buy political office, he's trying to buy the governorship, to be something for the first time in his life because if he wasn't a trust fund baby, he would be nothing," Rauner said during a recent debate.

Rauner amassed his fortune in private equity, helping found GTCR. He started his re-election campaign with $70 million — $50 million from his own wallet plus $20 million from one of the few people in Illinois wealthier than Pritzker, Ken Griffin.

Though Pritzker has outspent Rauner nearly 2 to 1 in the previous three months.

In comparison, President Trump won the election in 2016 spending $66 million of his own money. The recently released remake of "A Star Is Born" had a reported budget of $36 million.

"It's just distressing where you see these figures and I just feel like it makes people think that their democracy really isn't for them anymore," says Jay Young, who leads Common Cause Illinois — a nonpartisan government watchdog group — has been tracking the Pritzker-Rauner money fight.

Young says Illinois seems to be setting up a perpetual cycle in future elections: that it's going to take another independently wealthy candidate to take on incumbents who are already rich.

"I'm hoping that it doesn't end up that the only field that we see from now going forward is billionaires, but sadly, that's the way we've been trending."