Accessibility links
Review: 'Suspiria' Remake Is Confounding, Punishing, Exhausting Director Luca Guadagnino follows up last year's Call Me By Your Name with a "punishing" and "confounding" remake of Dario Argento's beloved horror film about a dance troupe of witches.

'Suspiria': A Cult-Horror Remake Dances To A Confusing Beat

'Suspiria': A Cult-Horror Remake Dances To A Confusing Beat 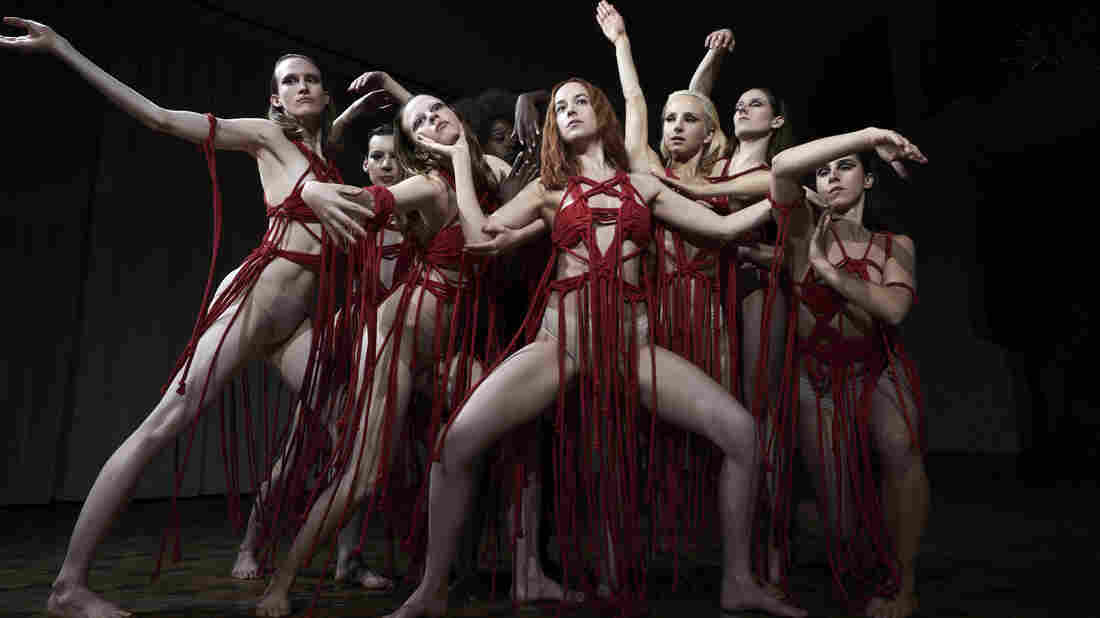 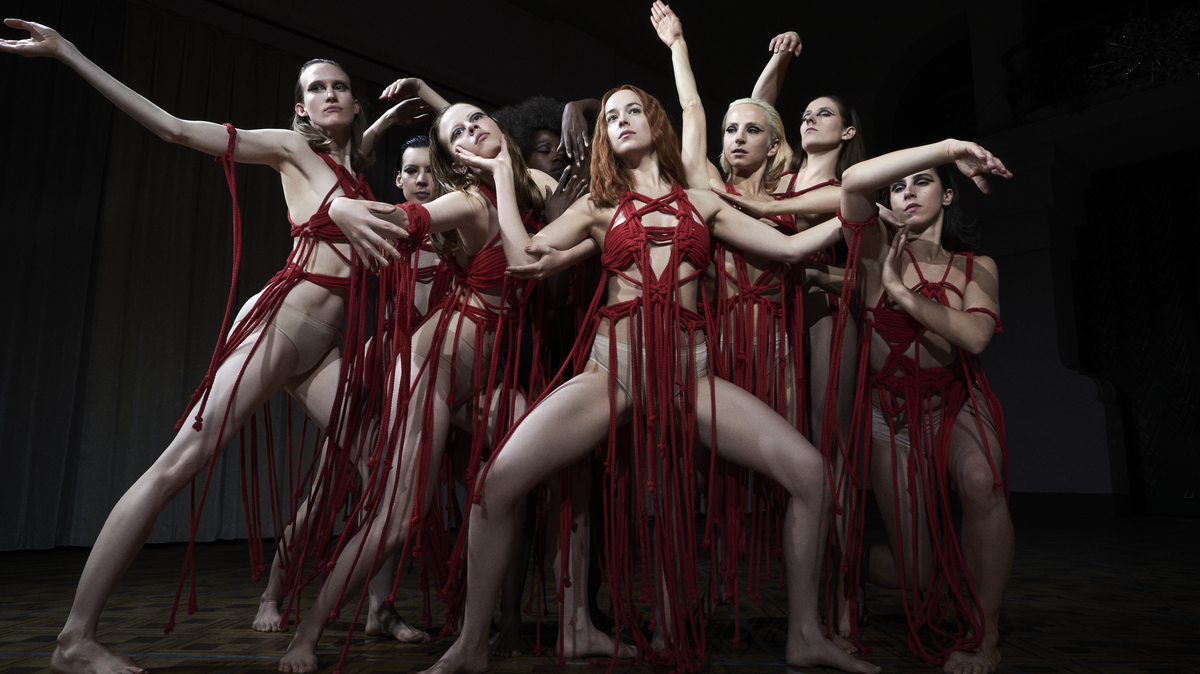 Suspiria, Luca Guadagnino's reimagining of Dario Argento's gnarly Italian cult film about a haunted dance academy in Germany, is vulgar, shamelessly pretentious, and frequently opaque. But enough about its virtues.

Set in 1977, the year Argento unleashed Suspiria Prime upon the world, this "cover version" (in the words of Guadagnino's longtime collaborator Tilda Swinton, who plays three of the new film's major roles, under varying tonnages of prosthetic makeup) is, tonally and visually, muted and somber where its inspiration was vibrant and operatic. A title card at the opening warns us that it comprises "Six Acts and an Epilogue in a Divided Berlin," and sure enough, this Suspiria, at 152 minutes, runs just shy of an hour longer than Argento's. Even without those title cards at the top of each act, you would. Notice. The. Time.

Guadagnino says he's dreamed of doing his own Suspiria since he was 12 years old, so it's tempting to read this as him cashing in his chips after the success of last year's Best Picture-nominated Call Me By Your Name, but in fact this movie was in production long before before the latter was released. Guadagnino has reunited the screenwriter (American David Kajganich) and two stars (Swinton and Dakota Johnson) of his previous redux, 2015's A Bigger Splash, which reimagined the 1969 French drama La Piscine. To the original Suspiria's witches-run-a-dance-conservatory premise, he and Kajganich have layered in more overt links to the world outside the coven. Their version begins when a dancer who has become involved in the Red Army Faction, a leftist terrorist group active in Berlin in the 70s, consults an elderly male psychiatrist (Swinton! What an actor!) still haunted by the disappearance of his wife in the Holocaust, to report that...

...well, her teachers are witches. She's pretty sure.

As evidence, she supplies him with a diary of the demonic rituals and practices she's observed.

Though the detail that the faculty have been meticulously collecting her urine would seem to be evidence enough of some dubious goings-on.

This coincides with the arrival in Berlin of Susie (Johnson), a refugee from a Mennonite community in rural Ohio who has somehow lucked into an audition for the elite Helena Markos Dance Company, astonishing the troupe's chain-smoking choreographer, Madame Blanc (Swinton again), with both her quiet confidence and her self-taught skills. Susie's just a little too talented, if you know what I mean. (And to my untrained dumb-dumb eye, Johnson's dancing looks very credible.) In the first of Suspiria's increasingly harrowing set pieces, Susie's first attempt to dance the lead part in Madame Blanc's signature piece Volk results in a horrific mystical link between Susie and Olga (Elena Fokina), a dancer who has angered the coven with her suspicions. Susie's staccato dance steps have the effect of fracturing and mutilating the body of poor Olga, trapped in a secret room several floors below.

There's lots more of this sort of thing to come. The most impressive and most jarring thing about this movie is how little it resembles any other made in the last 25 years. (It looks much older than Darren Aronofsky's 2010 ballet horror movie Black Swan, for example.) Certainly it's not recognizable as the work of the director who made the languid, sensual Call Me By Your Name; its compositions and editing rhythms seem to have been calibrated for maximum abrasiveness. That means that despite the strong performances, particularly from Johnson, it's a confounding and often punishing experience. Containing roughly equal parts English and German dialogue, and making heavy use of voiceover to convey that members of the coven are communing with one another telepathically, simply keeping up with the plot, despite its pokey pace, is ultimately exhausting. Suspiria is not the kind of film you can easily dismiss, because it is palpably a passion project from a major filmmaker. But this one's for him, not for us.