Accessibility links
Trump Seen As Major Factor In Americans' Vote As Democrats Open Up Lead: Poll With less than two weeks to go until Election Day, 67 percent of voters say the president is a factor in their vote, far higher than for former President Obama in 2014 when Democrats lost the Senate. 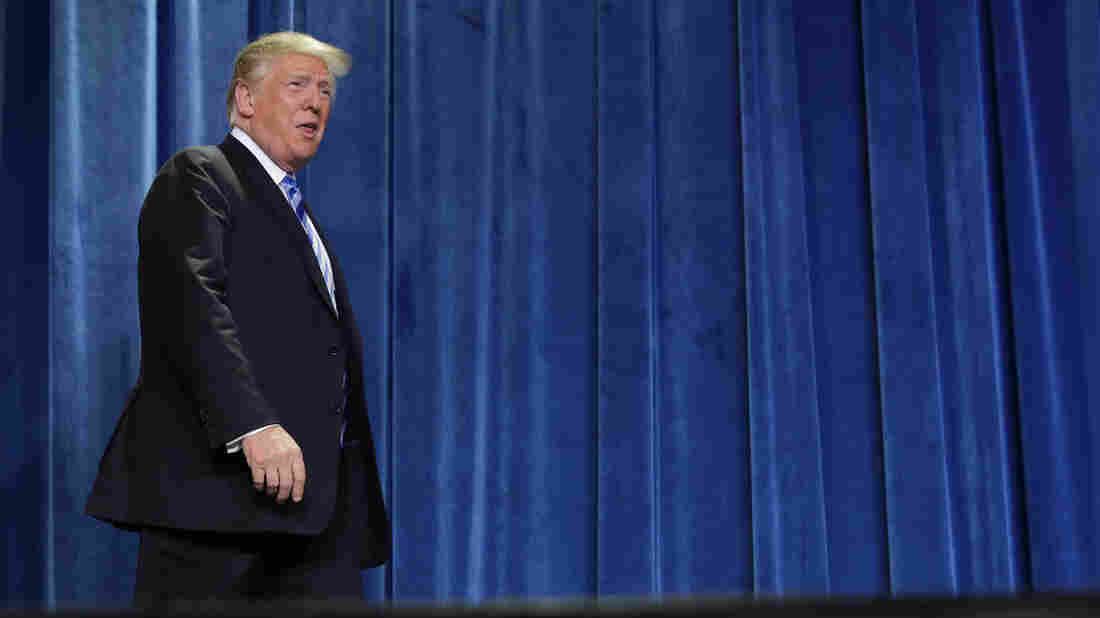 With less than two weeks to go until Election Day, 67 percent of voters say President Trump is a factor in their vote. Chip Somodevilla/Getty Images hide caption 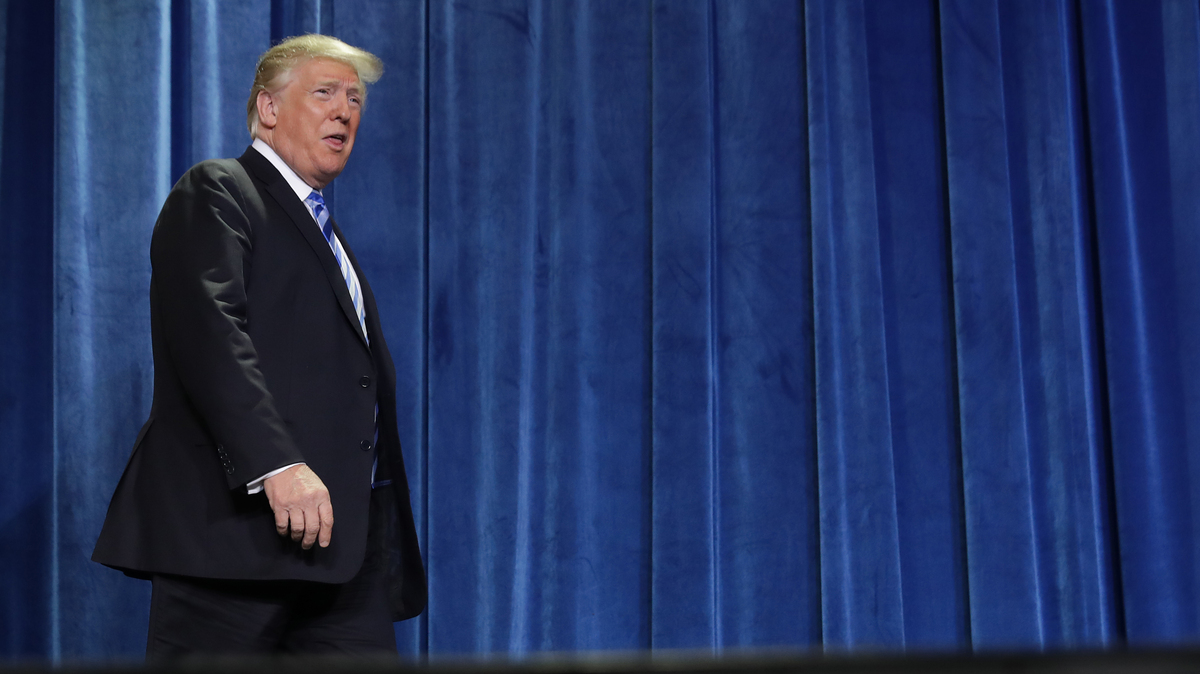 With less than two weeks to go until Election Day, 67 percent of voters say President Trump is a factor in their vote.

This election really is about Donald Trump.

Roughly two-thirds of voters say President Trump is a factor (either major or minor) in their vote in this year's midterms, far more than said so in 2014 about then-President Barack Obama, according to a new NPR/PBS NewsHour/Marist poll.

"This is definitively a national election — with a referendum on Trump," said Lee Miringoff, director of the Marist Institute for Public Opinion, which conducted the survey.

Democrats also have increased their advantage from 6 to 10 points compared to earlier this month on the question of whether people are more likely to vote for a Democrat or a Republican in their district. Democrats now lead Republicans on the so-called generic congressional ballot 50 percent to 40 percent.

Republicans lead with the familiar groups who drove Trump to victory in the 2016 election: white people without a college degree (particularly men), white evangelical Christians, rural voters and married men.

Miringoff added that if 2010 and 2014 were elections driven by men upset with Obama, this is an election driven by women, particularly suburban women, and independents motivated to vote against Trump.

On the issues, the economy and jobs (at 20 percent) rated as the top issue of concern for voters, followed by health care and immigration (both at 17 percent). There were big differences in the priorities by party, however.

What's more, when asked about how to reduce the federal deficit, 60 percent said it was better to roll back the tax cuts passed by Congress than to cut Social Security, Medicare and Medicaid — and that includes a plurality of Republicans.

Even self-proclaimed Trump supporters were split on which was the better option.

That's a blow to congressional Republicans, especially Senate Majority Leader Mitch McConnell, R-Ky., who lamented the rising federal deficit but blamed it on entitlements rather than tax cuts.

"It's disappointing, but it's not a Republican problem," McConnell told Bloomberg News on Oct. 16. "It's a bipartisan problem: unwillingness to address the real drivers of the debt by doing anything to adjust those programs to the demographics of America in the future."

As NPR's Scott Horsley reported the same day, based on a fiscal-year-end report from the Treasury Department:

"The federal deficit ballooned to $779 billion in the just-ended fiscal year — a remarkable tide of red ink for a country not mired in recession or war.

"The government is expected to borrow more than a trillion dollars in the coming year, in part to make up for tax receipts that have been slashed by GOP tax cuts."