Accessibility links
As FBI Closed In On Bomb Suspect, Mixed Signals From President Trump President Trump has toggled between conventional messages of national unity and partisan attacks this week as the nation was rattled by a series of suspected pipe bombs. 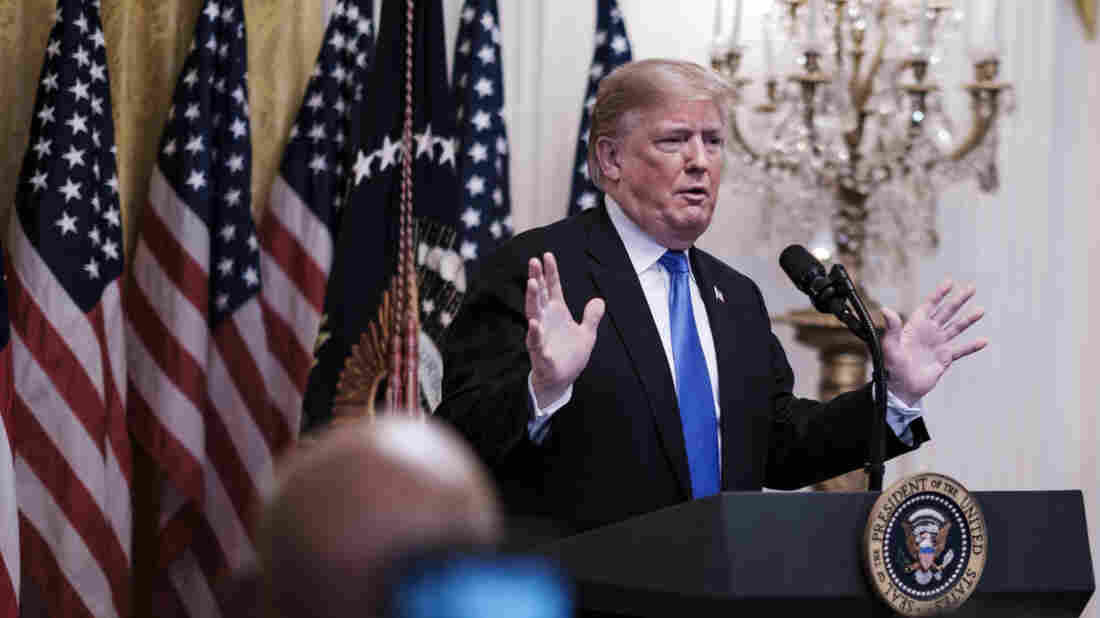 President Trump addresses young black conservative leaders from across the country as part of the 2018 Young Black Leadership Summit in the East Room of the White House on Friday. Pete Marovich/Getty Images hide caption 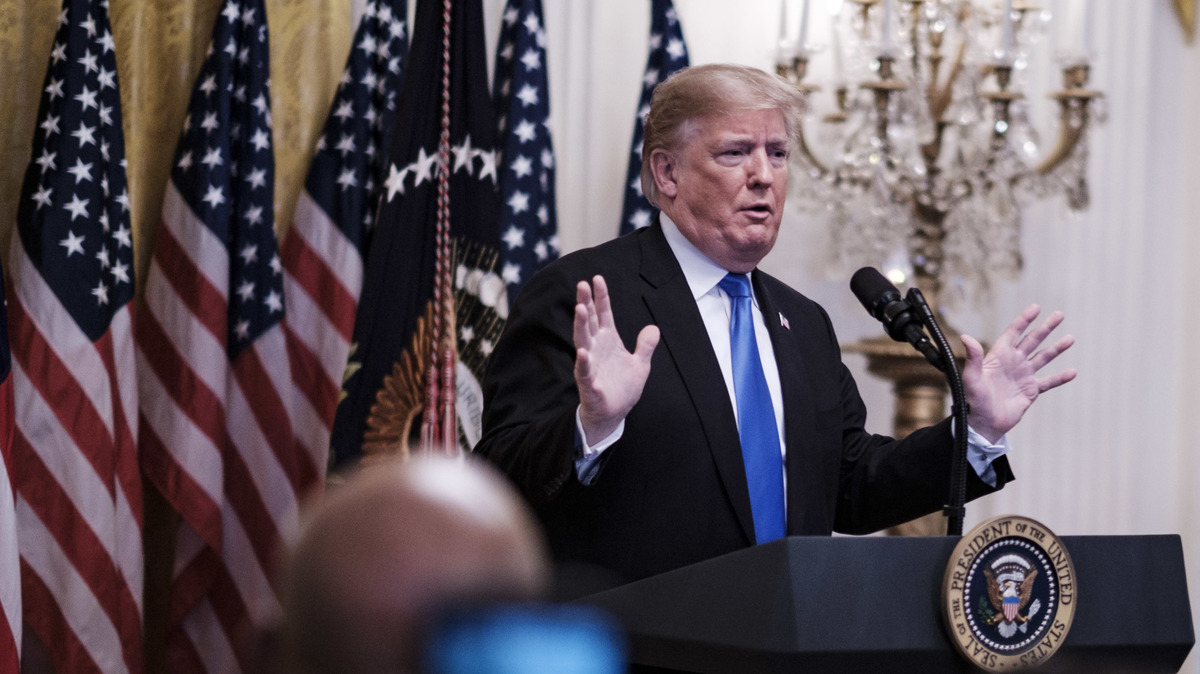 President Trump addresses young black conservative leaders from across the country as part of the 2018 Young Black Leadership Summit in the East Room of the White House on Friday.

President Trump welcomed the arrest of a suspect behind a series of homemade pipe bombs Friday, just hours after he appeared to cast doubt on the threat posed by suspicious packages sent to prominent Democrats and CNN.

The mixed messages were characteristic of Trump's whiplash week, in which he toggled between calls for national unity and partisan attacks on the news media.

At a White House event on Friday, Trump congratulated law enforcement for swiftly capturing a Florida man, 56-year-old Cesar Sayoc, who now faces a variety of federal charges including threatening a former president and interstate transportation of explosives.

Authorities say they found Sayoc's fingerprint on one of the suspicious packages and possibly his DNA inside two others.

"These people have worked so hard and to have done it so quickly," Trump exclaimed. "It's a needle in a haystack."

Speaking to a group of young African-Americans in the White House East Room, Trump delivered a conventional call for the nation to come together.

"We must show the world we are united together in peace and love and harmony as fellow American citizens," the president said. "There is no country like our country."

Hours later, though, Trump was back on the partisan warpath, campaigning against "extreme" and "radical" Democrats, and denouncing the news media for suggesting he's contributed to a hostile climate in the country.

"We have seen an effort by the media in recent hours to use the sinister actions of one individual to score political points against me" and the Republican party, Trump told supporters in Charlotte, N.C. 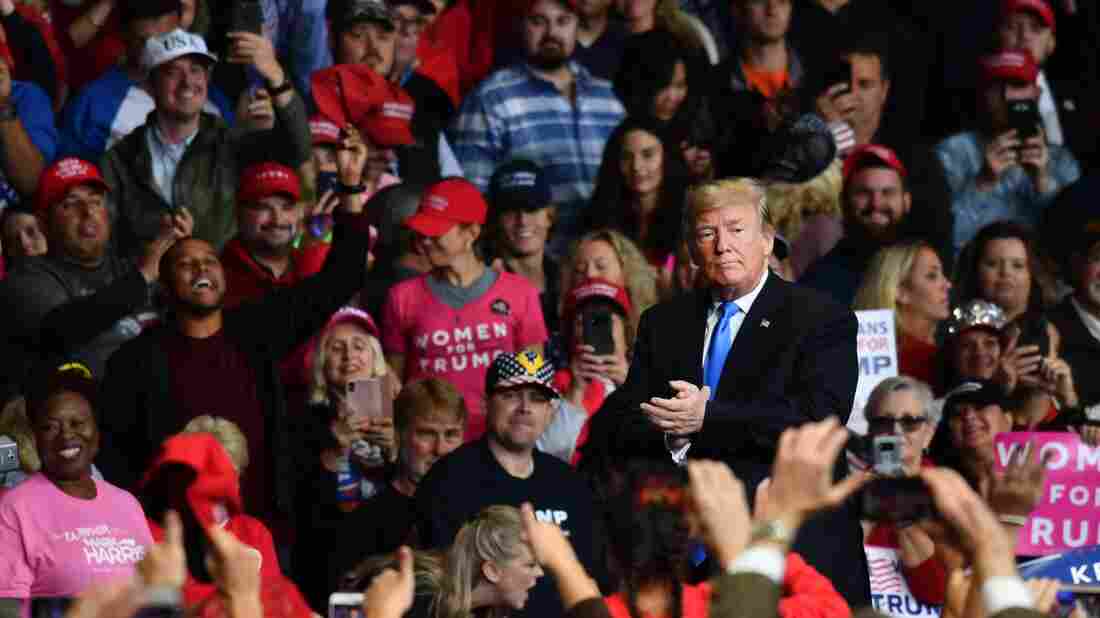 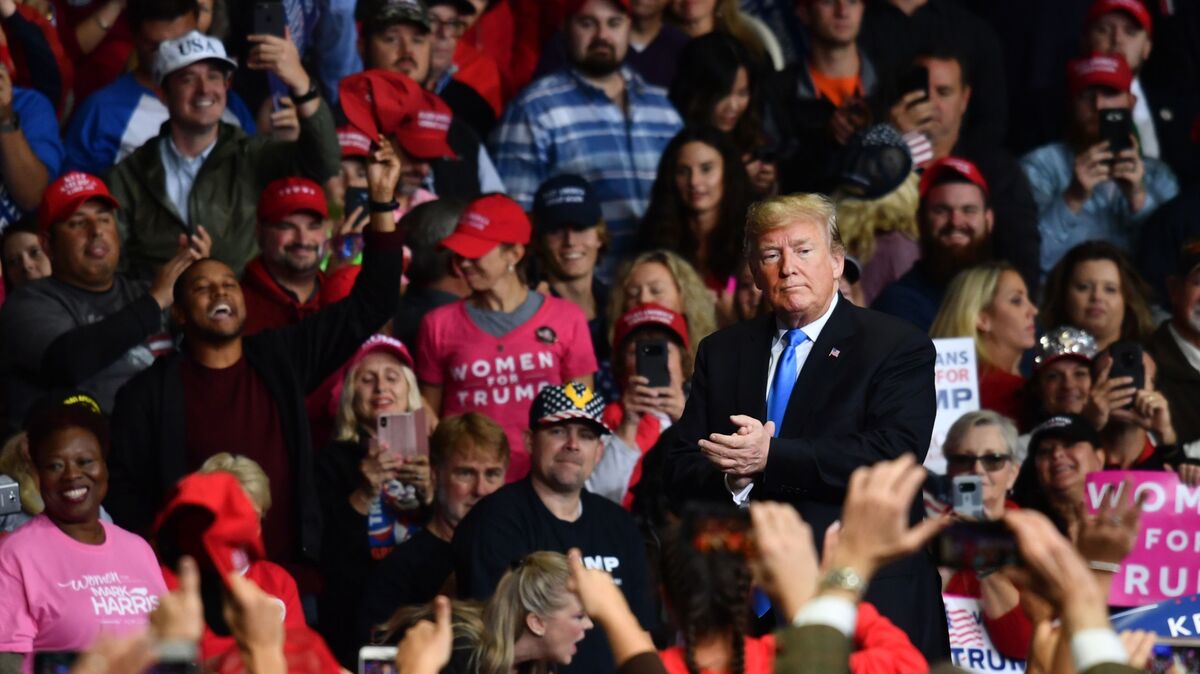 President Trump at a campaign rally Friday in Charlotte, N.C.

While Sayoc appears to be a Trump supporter and the packages were addressed to people the president has criticized or who have criticized the president, FBI Director Christopher Wray said it's premature to speculate on a possible motive.

Earlier in the day, Trump had complained that saturation coverage of the suspected pipe bombs was distracting attention from politics, eleven days before contentious midterm elections.

"Republicans are doing so well in early voting, and at the polls, and now this 'Bomb' stuff happens and the momentum greatly slows," Trump tweeted, putting "bomb" in quotation marks.

Although so far none of the improvised explosives has detonated, authorities stress they are taking the threat seriously.

"Though we're still analyzing the devices in our laboratory, these are not hoax devices," Wray told reporters.

Trump: Acts Or Threats Of Political Violence 'An Attack On Democracy Itself'

At a campaign rally in Wisconsin Wednesday, when many of the suspicious packages were discovered, Trump self-consciously toned down his partisan rhetoric, telling supporters he was trying to be "nice."

But as he left the White House for the North Carolina rally, he hinted it was time to take the gloves off once again.

"I think I've been toned down, if you want to know the truth. I could really tone it up," he told reporters. "We have to start the momentum again."