Accessibility links
A 'Cosmic Connection' Between 2 Violinists For decades, Cologne-based violinist Geoffry Wharton has played jazzy crowd-pleasing encores written in the 1930s by an obscure composer, Audrey Call. Wharton discovered a spooky connection with her. 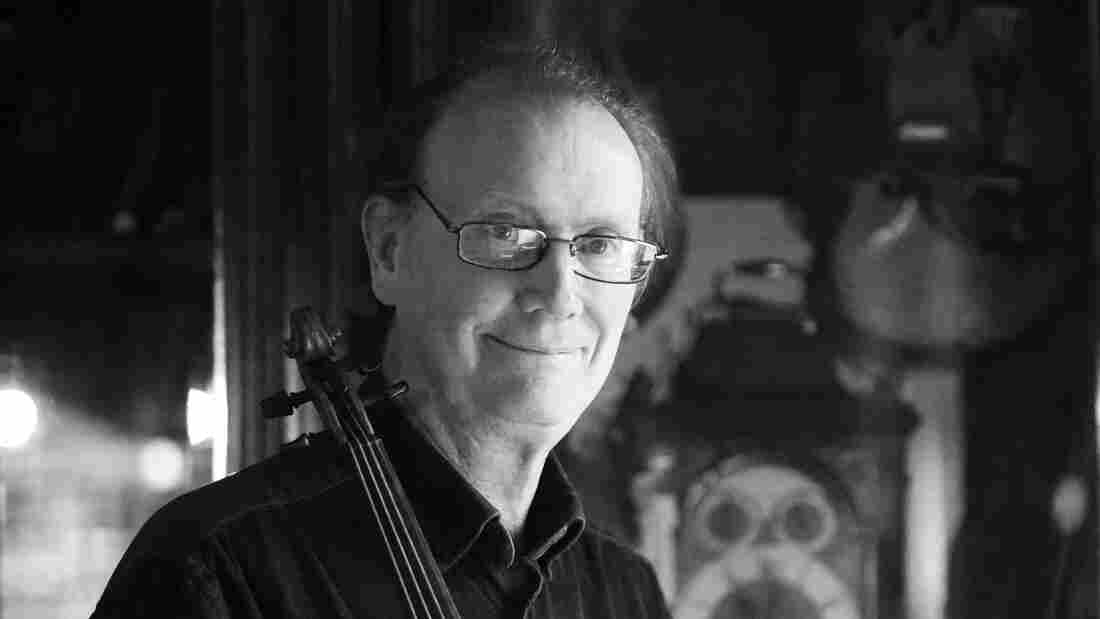 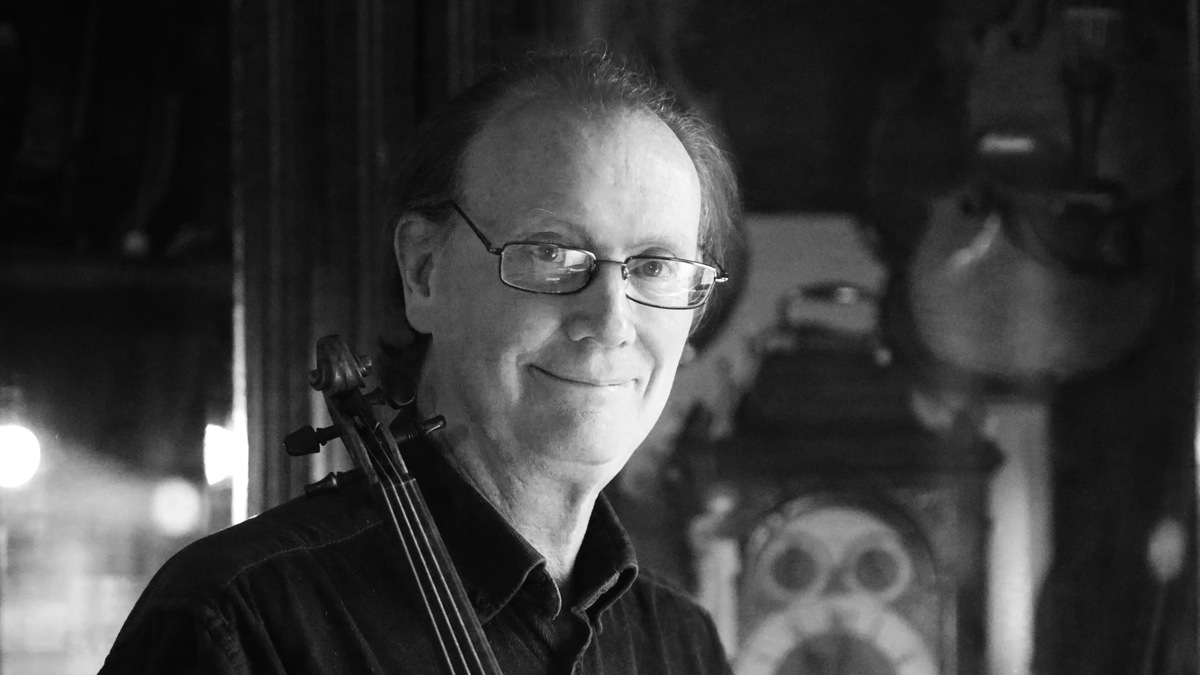 Since the late 1960s, NPR's Ned Wharton's brother Geoffry Wharton has worked as a professional violinist in Europe. Wharton often played jazzy pieces by a rather obscure composer named Audrey Call as encores. Maybe to Europeans it was the exotic sound of jazz being played at classical concerts that won their hearts, but Call's "Witch of Harlem" became a hit within Wharton's performances. 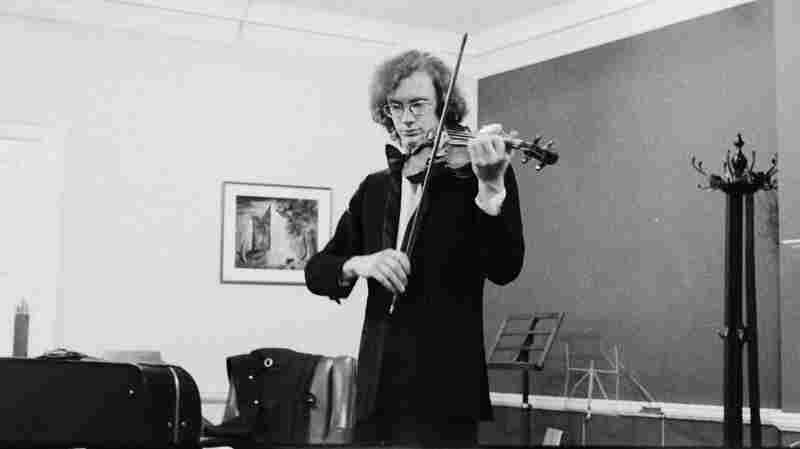 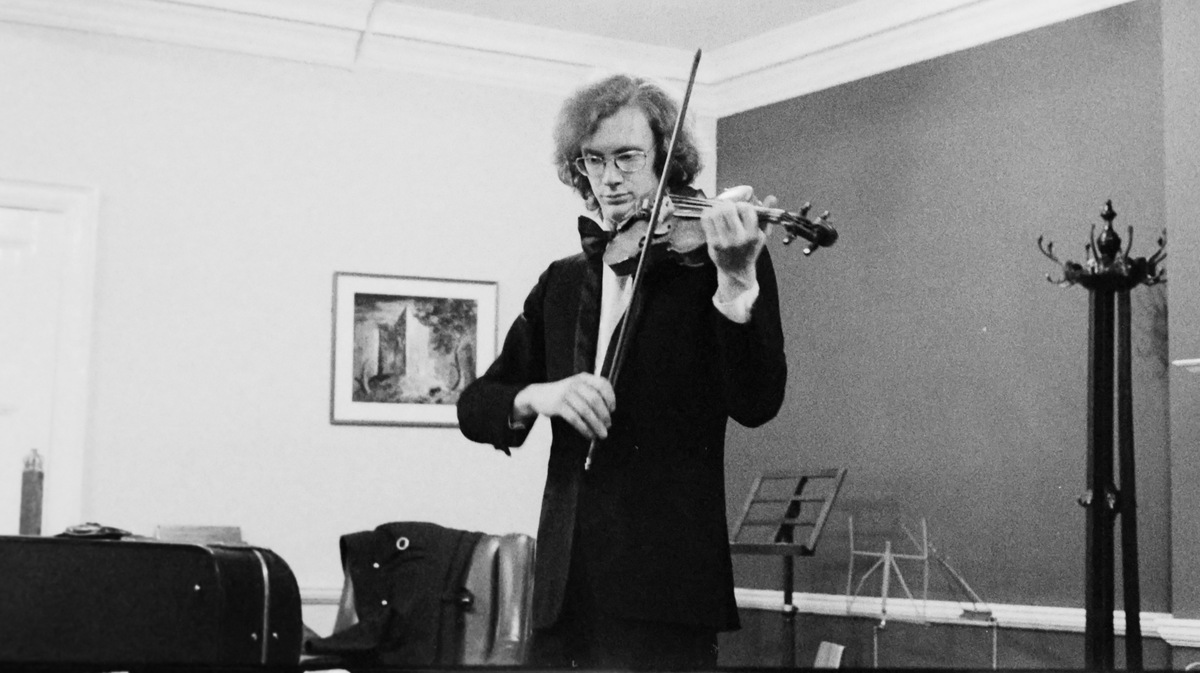 Wharton's discovery of Call's musical gems dates back almost 50 years, to when he was a student at Sacramento State in 1969. One day, as he was rehearsing in a practice room, Wharton discovered some unfamiliar sheet music sitting on a shelf. Wharton read them with a pianist friend, and the pieces soon after became a common fixture of his recitals as encores. So just how did this collection of jazzy tunes end up in Wharton's hands?

"I'm not really sure how it got into the practice room. There might have been some magic involved," he says.

The mysterious story of Audrey Call grew over the following decades, as Wharton tried to research the composer. He wrote to Call's publisher, Carl Fischer, in New York. The company responded, saying they knew of three of her pieces, which they published in 1937, but didn't have any biographical information. Wharton continued to look, and, with the introduction of Internet search engines, he finally got a hit.

"I was just so excited. It was sort of an old record collector in London. And he had a little bit of biographical information — basically that she worked in the studio orchestras in New York, specifically for NBC, and worked on radio shows, mostly for one called Fibber McGee and Molly," Wharton says.

Wharton eventually learned that Call, in her youth, won competitions for her violin playing, and went on to marry Italian-born composer and radio orchestra bandleader Ulderico Marcelli. Call studied at the Paris Conservatory, during a time when famous composers were running around Nadia Boulanger's circle, like Leonard Bernstein and Aaron Copland. 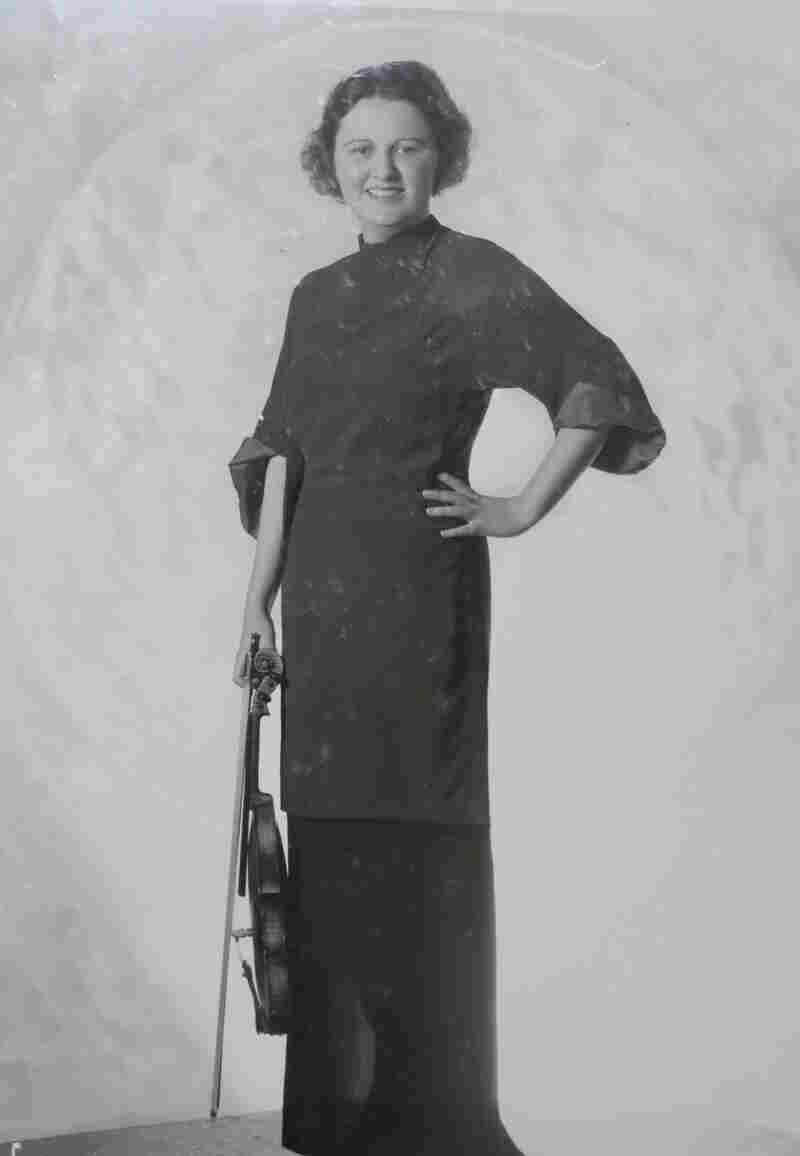 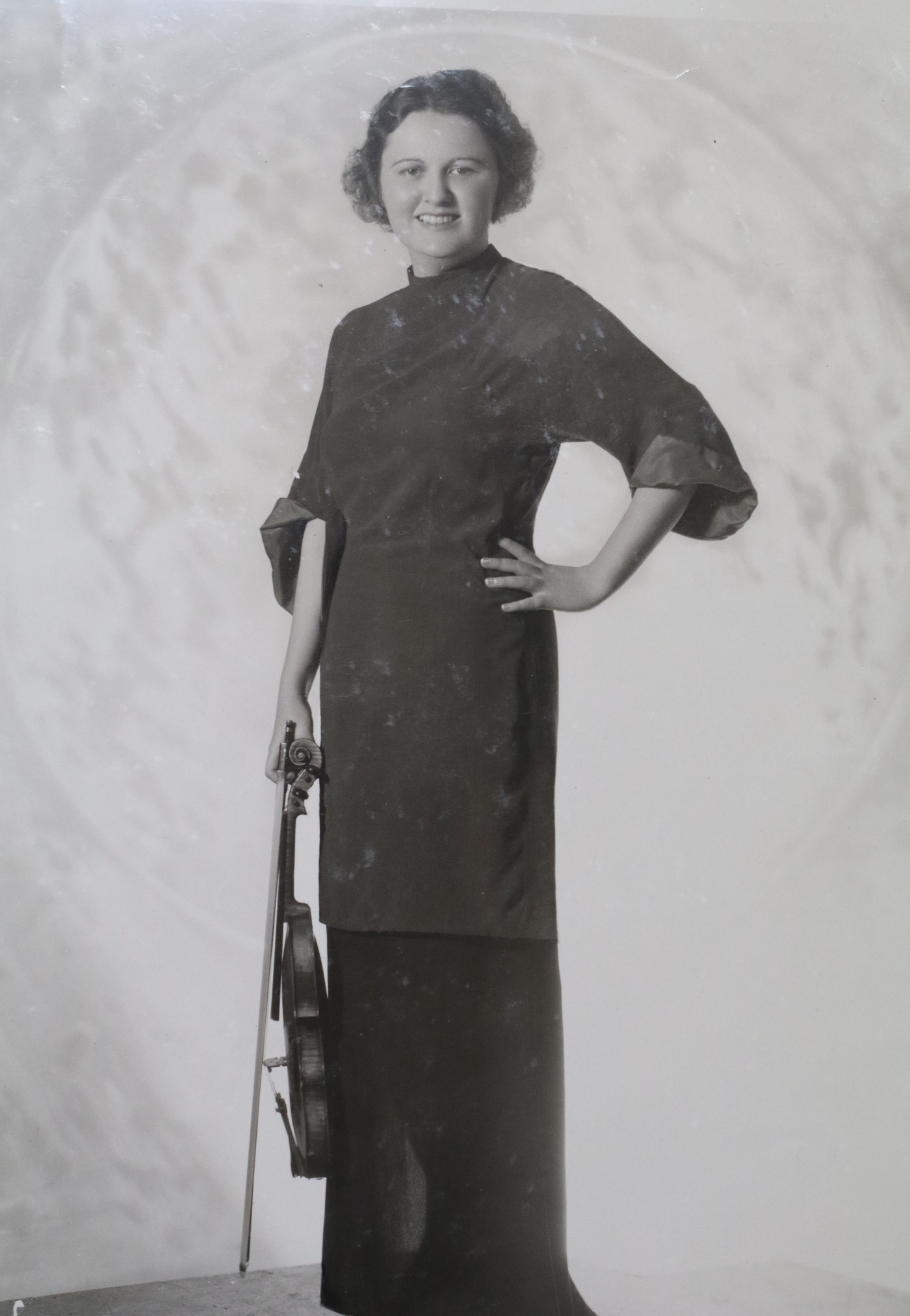 "I mean, this is when [Maurice] Ravel is still alive. And Paris at that time was just such a hotbed," Wharton says.

About the violin that Wharton plays: It dates from the middle of the 18th century, from the Italian violin master Januarius Gagliano. Wharton purchased the instrument in California in 1970, not long after he discovered the music of Audrey Call. And about 25 years later, Geoff made a startling discovery while going through certificates regarding the purchase of his instrument.

"I nearly fell over because I looked closely at one of these papers, it said this violin belonged to Audrey Call Marcelli, dated 1945," Wharton says. "And that was the moment that I realized there was a kind of cosmic connection between the pieces I've been playing all these years and the owner of my Gagliano violin."

Wharton wanted to learn more about Call and her legacy. He learned that she had died in 2001, at the age of 96, and tracked down her son, Victor Marcelli, who currently lives in the Bay Area. They met up this past summer. Marcelli says his mother probably sold the violin to raise money to travel. Later in life, she devoted her time to raising a family and teaching violin to hundreds of students.

At the Marcelli home, Marcelli showed Wharton another violin she owned, and said she played it until just a few months before her death.

"She just realized that she couldn't do it anymore," Marcelli says. "And I remember — very touching, it makes me want to cry — she put the violin in this very case, this very violin, and said, 'Goodbye old friend.' " 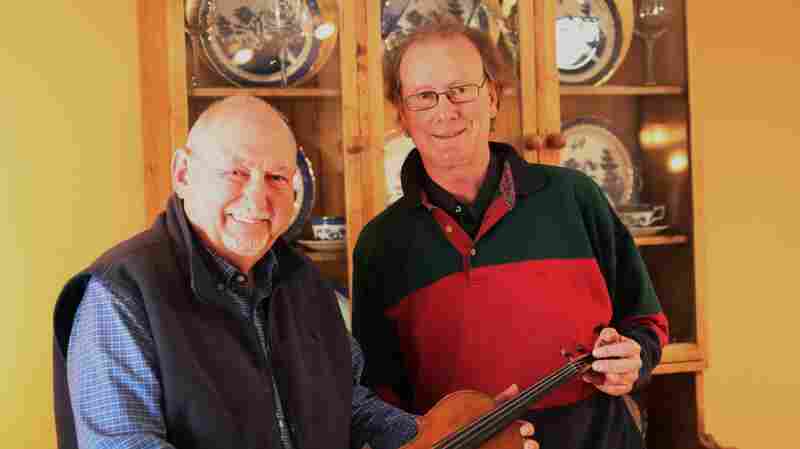 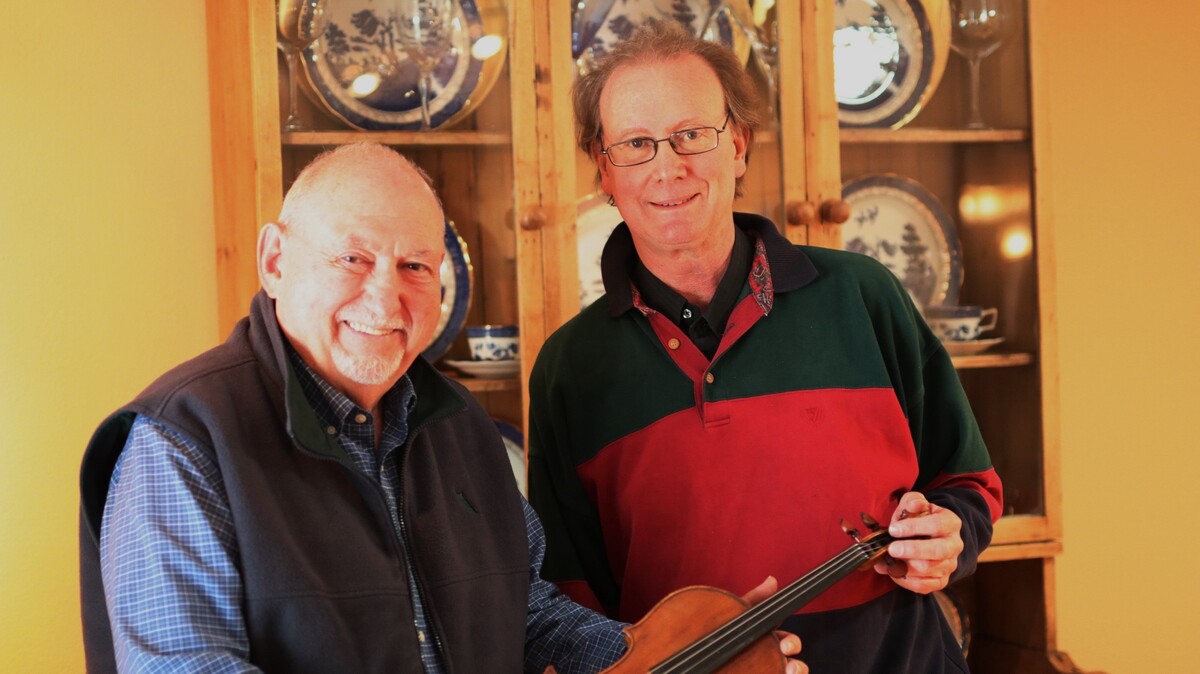 Courtesy of the Wharton Family

This violin isn't in quite the shape of Wharton's Gagliano, and could use a set of new strings, but Marcelli was happy to hear it come back to life. In a final twist of events, Marcelli gifted Wharton with his late mother's violin.

"Let me tell you why — I believe in legacies," Marcelli told Wharton as he gifted him the instrument. "The value here is not that great, but the value to you might be more. In other words, just the fact that you could play a violin that she put away ... she would be thrilled. It's been sitting idle since 2001, never played until today. I am thrilled to do this."

So, Wharton left the Marcelli home with another violin to carry forth the legacy of Audrey Call. He says he won't sell the violin, but rather eventually pass it on — in the same spirit he received it from the Marcelli family. He hopes to work with a publisher to get her compositions back in print and available to more violinists.

"They're not meant to be art works, but they're beautifully composed, seriously written," Wharton says. "Really gems."

In the audio version of this story, as well in a previous Web version, a guest incorrectly refers to Nadia Boulanger as Lili Boulanger.