Accessibility links
Blaming Victims For Mail Bombs Carries Echoes Of Civil Rights Bombings The speculation surrounding a string of mail bombs harks back to another era in American history, when bombs were a tool of political intimidation and when bombings were blamed on the victims. 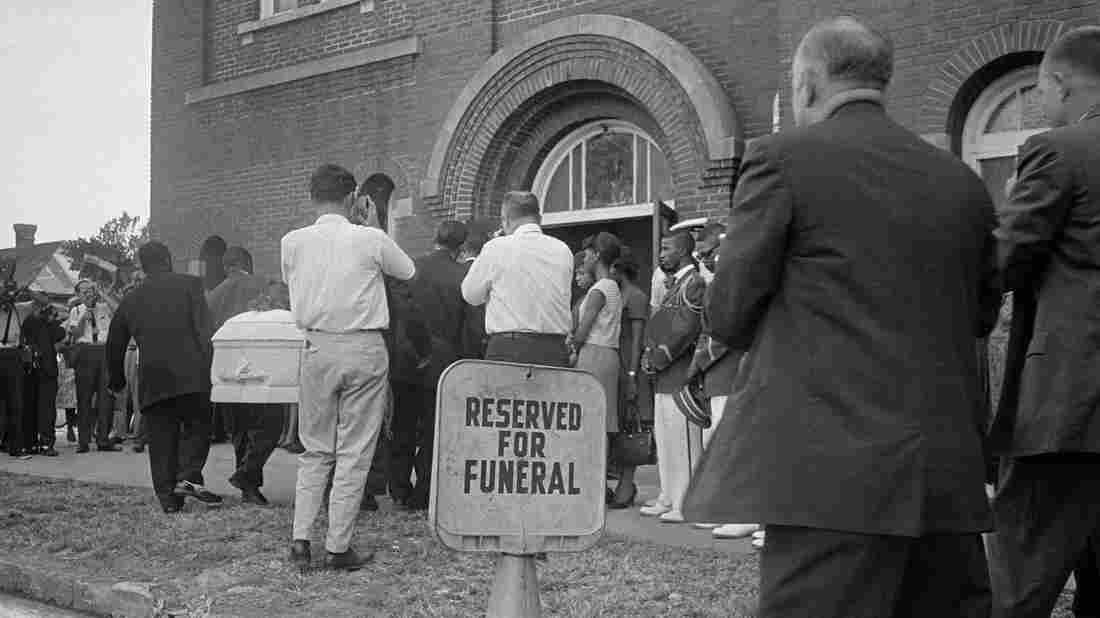 A white casket containing the body of 14-year-old Carol Robertson, one of four young African-American girls killed in the 16th Street Baptist Church bombing by Ku Klux Klan members, is carried in for funeral services in 1963 in Birmingham, Ala. Bettmann/Bettmann Archive via Getty Images hide caption 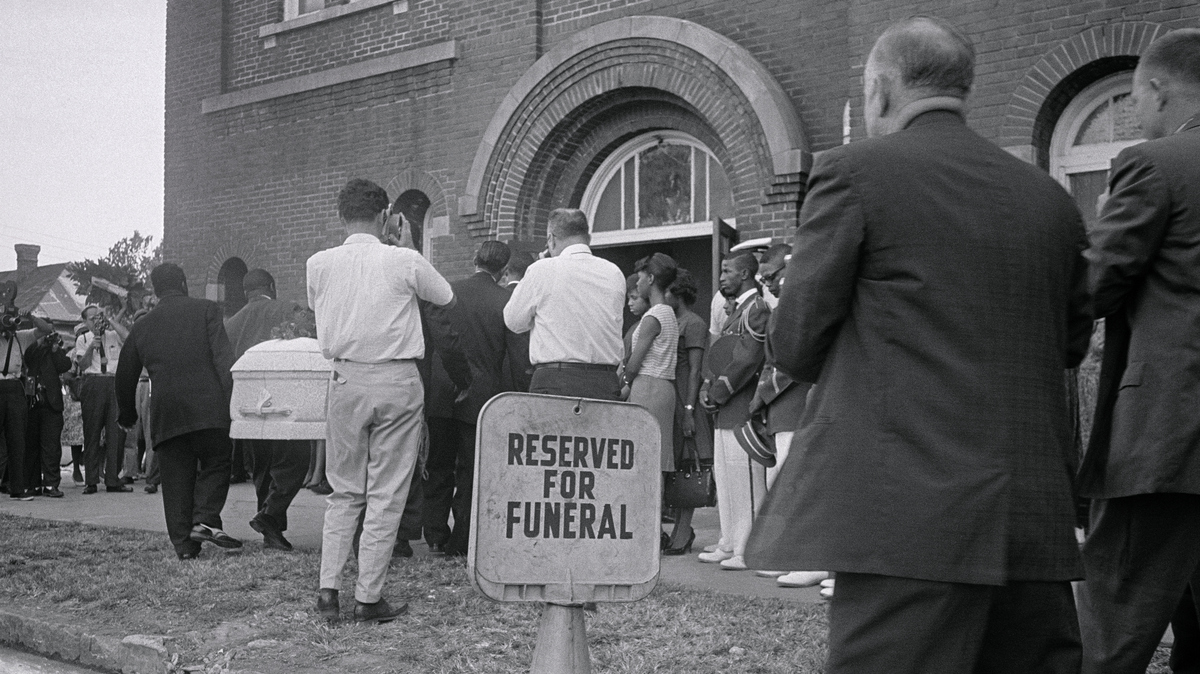 A white casket containing the body of 14-year-old Carol Robertson, one of four young African-American girls killed in the 16th Street Baptist Church bombing by Ku Klux Klan members, is carried in for funeral services in 1963 in Birmingham, Ala.

Before authorities apprehended suspect Cesar Sayoc in connection to the series of mail bombs, the case prompted all sorts of speculation and conspiracy theories. The bombs were all sent to high profile critics of President Trump

"It is a high probability that the whole thing is set up as a false flag to gain sympathy for the Democrats," said talk radio host Michael Savage, "and to get our minds off the hordes of illegal aliens approaching our southern border."

"Republicans just don't do this kind of thing," Rush Limbaugh said on his program. "Remember every mass shooting there is, the Democrats in the media try to make everybody think right off the bat that some Tea Partier did it, or some talk radio fan did it or some Fox News viewer did it. Turns out it's never, ever the case. Not one of these bombs went off. And if a Democrat operative's purpose here is to make it look like, 'Hey, you know, there are mobs everywhere, the mobs are not just Democrat mobs.' "

Federal officials have declined to talk about the potential political motivations, but the criminal complaint connects Sayoc with a pro-Trump twitter account and photographs of him have begun to surface holding "Make America Great Again" signs at a political rally. He was arrested in a van covered with anti-CNN images and pro-Trump decals.

In a news conference announcing the arrest, Attorney General Jeff Sessions acknowledged Sayoc, "appears to be a partisan." He said a motive will be determined as the case goes forward.

The conspiracy theories flying around before the arrest hearken back to another era in American history — the 1950s and '60s — when bombs were a tool of political intimidation. 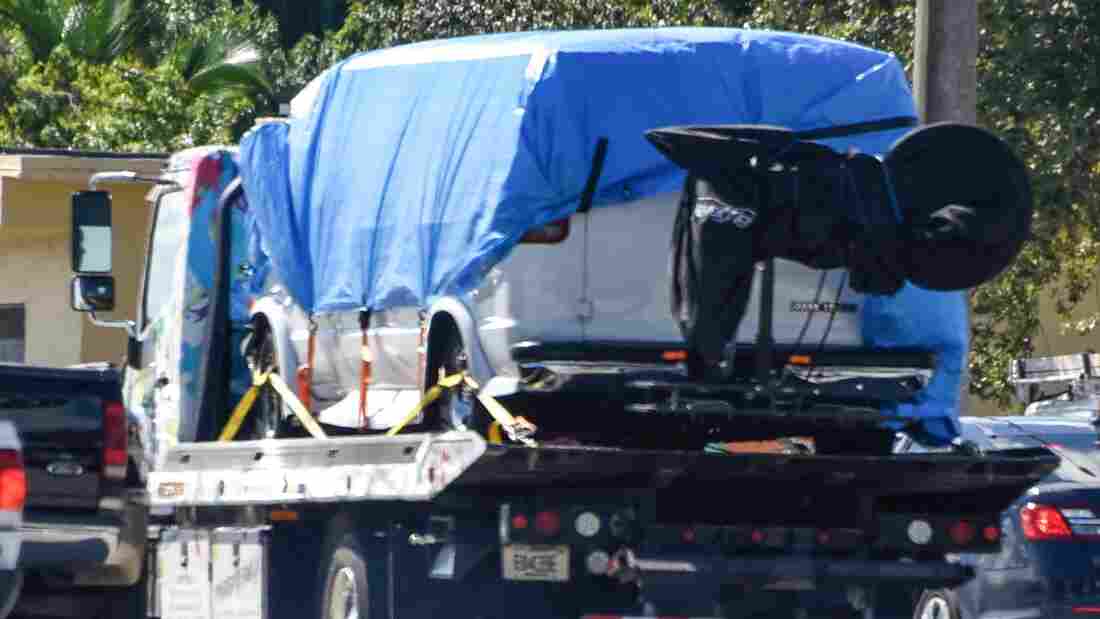 A van covered in blue tarp is towed by FBI investigators on Friday, in Plantation, Fla., in connection with the pipe bombs mailed to top Democrats. Michele Eve Sandberg/AFP/Getty Images hide caption 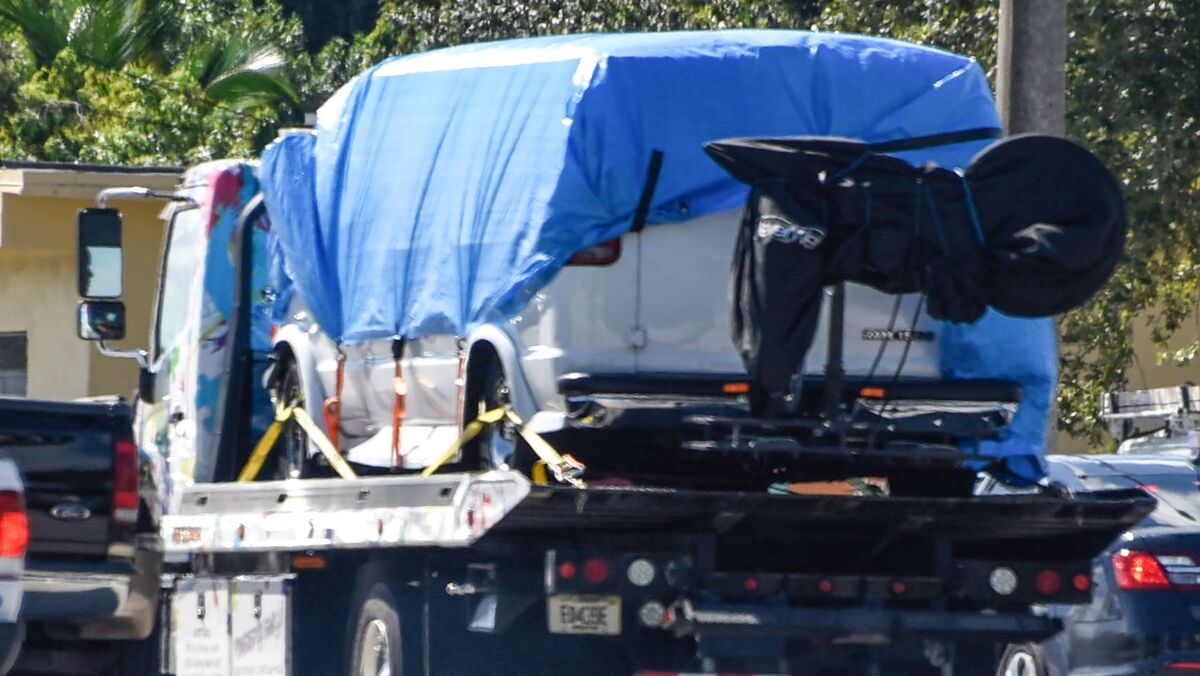 A van covered in blue tarp is towed by FBI investigators on Friday, in Plantation, Fla., in connection with the pipe bombs mailed to top Democrats.

"Terrorism is nothing new"

During that time, Birmingham, Ala. was known by another name: "Bombingham."

Jeff Drew grew up on a street called Dynamite Hill — so named because many black family homes were bombed for moving into the predominantly white neighborhood.

"It would push the furniture off the floor and break the windows," Drew said. "And scare us all to death. So terrorism is nothing new to this part of Birmingham, Alabama. We experienced it firsthand."

There were more than three dozen unsolved racially motivated bombings in Birmingham during the Civil Rights era — mostly houses and churches. A frequent target was the Reverend Fred Shuttlesworth, leader of the Birmingham civil right movement.

And Drew says there was a pattern after the attacks. Authorities, including then Birmingham Police Commissioner Bull Connor, would accuse victims of planting the bombs.

"That's the most inhumane thing you could think of," Drew said. "Who would bomb their own house?"

But that rumor was widely circulated in white circles says Diane McWhorter, who wrote a Pulitzer Prize-winning history of the Birmingham Civil Rights movement called Carry Me Home.

"The understood motive was that blacks were bombing their own churches and buildings in order to raise money and get publicity for the movement," she said.

She says it was repeated publicly by politicians, including Alabama's segregationist governor, George Wallace. Other common theories were that the bombings were ordered by Martin Luther King Jr., or were part of a communist plot, or were orchestrated by the FBI.

"It was repeated so often — I mean I grew up hearing this from my own father — that, you know, I think they started believing it," she said. "And part of the reason they were able to believe it was that, until the 16th Street Church bombing in September of 1963 when four young girls were murdered, there had been no real fatalities."

Even after that deadly Ku Klux Klan attack, police at first zeroed in on the church's black janitor as a suspect.

"It shows the lengths that people will go to not to acknowledge something that they don't want to believe," he said.

For instance, what happened in Mississippi during Freedom Summer in 1964.

"Three of the civil rights workers were kidnapped by a sheriff's posse of Klansmen and murdered and, because the bodies weren't found, Mississippi officials denied that that segregationists could have done this crime," Branch said. "First of all, they said there was a hoax. Sen. James Eastland even told that to the president on the phone."

"Jim, they got three kids missing down there. What can I do about it?," President Lyndon Johnson said on a recorded call.

Branch says polarizing times — then and now — lead to an ideological climate where conspiracy theories thrive.

You hear it today on talk radio, and on social media sites where people have speculated that Democrats are behind the suspicious packages, in order to generate sympathy in the upcoming mid-term elections.

"Trying to play this blame game and shifting blame somewhere else is just a low point of where we've gotten into this country in our political conversations," Jones said.

"We are living in a time where words matter just like they did back in the '60s," he said. "There were so many things that happened then based on the empowerment that public officials like George Wallace gave. Do people not understand what it takes to kind of tone down the rhetoric to make sure that things like this don't happen with some deranged fool out there who wants to try to hurt people thinking that he's got the O.K. to do it?"

An earlier version of this story incorrectly attributed the following quote to Taylor Branch: "Trying to play this blame game and shifting blame somewhere else is just a low point of where we've gotten into this country in our political conversations."

In fact, the comment was made by Sen. Doug. Jones.