Accessibility links
'Little' Considers Power, Personhood, And Wax Artistry Edward Carey's new novel is about the life of wax museum pioneer Madame Tussaud — but it's also about the French Revolution, about humans, bodies, art and loneliness, and it's deeply, painfully sad. 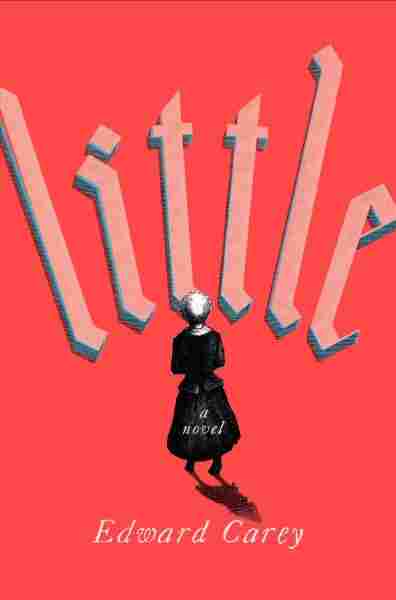 I prefer to read books without knowing anything about them. In the case of Little, I didn't need to know anything besides the fact that Edward Carey wrote it; I've loved and reviewed every volume in his Iremonger trilogy, a series in which people are in constant danger of turning into things, used and traded and thrown away, but sometimes prone to revolution.

In Little — a project fifteen years in the making, that began before the first Iremonger volume was published and ended after the trilogy concluded — Carey again approaches themes of personhood and power, objects and their subjects, but rooted this time in real history: the years leading up to the French Revolution and its aftermath.

Anne Marie Grosholtz — known as Little for her small stature — is born to a mother with a strong nose and a father with a strong chin, inheriting both their distinguishing features before losing her father to war, her mother to suicide. Orphaned at the age of six, she's apprenticed to a solitary man named Curtius, a maker of anatomical models who's accustomed to being shunned for his gruesome skill. Marie, however, is not put off, and Curtius introduces her to the craft by casting Marie's face in wax — a departure from his usual modelling of internal organs. Once people begin to see themselves in Curtius' work, they clamor for it, forcing Curtius and Marie flee to Paris, where they meet a cruel widow and her shy son, and together begin a tense and profitable household business of modelling notable people and dressing them in the widow's handiwork. But as the revolution approaches, fashions change, and so do the relationships between people and the representations of nobility and notability: People steal wax heads to deface in the absence of their originals — until, eventually, they can lay hands on those originals.

It took me until the end of the book to realize this wasn't a fantasy novel, but a work of historical fiction telling the origin story of Madame Tussaud. It took me that long because the book's affect, its style, its concerns, its sadness and loneliness and empathy, were so thoroughly those of Carey's fantasy series that I was left thinking helplessly about how inadequate are our conversations about genre. Little is written as a memoir, told in phases of Marie's life from childhood through adulthood, illustrated throughout by Carey in ways that allow the fantastical to both ease and trouble reality; when her mother hangs herself, Marie draws a broken-necked bird in her place. The slipperiness between people and things that I so admired in Heap House is everywhere here, but inviting us to observe how thoroughly history teems with it — what is a subject, and what an object? In language and in life, these words shift and tumble against and polish each other. A king has subjects, whom he subjects to oppression, until they object so fiercely that they make an object of him. And where does wax come in? What is pressed into it along with a body's lines?

'Little' isn't about history ... it's about humans, and bodies, and art, and loneliness, and it's deeply, painfully sad. I could talk about it forever.

I marvel at the achievement of this book, even as I regret it. I didn't want this to be about Madame Tussaud; I didn't want the character of Marie, whom I loved as a fantasy, to resolve into a woman who really existed, who has written her own memoirs in her own voice that isn't Little's. I loved this book best when it showed me, with its stylized dialogue, its garroting commas, its punctuating illustrations, history as an art form, history as an argument. I loved it less when the Revolution began in earnest, and Marie's narrative began to be swallowed into the gravity well of history as facts, history as a litany of horrors somehow less moving than the Widow Picot's obsessive cruelty, Curtius' oblivious neglect, the monstrosity and tenderness of Versailles.

Writing for the Guardian, and speaking of having worked at Madame Tussaud's once upon a time, Carey observes that "At its heart, Tussaud's isn't about history: it's a museum of the human body." Little isn't about history either; it's about humans, and bodies, and art, and loneliness, and it's deeply, painfully sad. I could talk about it forever. I'll stop here.