Accessibility links
Devin Nunes' Re-Election Tests Whether All Politics Are Now National Rep. Devin Nunes easily won his last re-election. Now the chair of the House Intelligence Committee is in for the tightest race of his political life, thanks to his views on the Russia investigations. 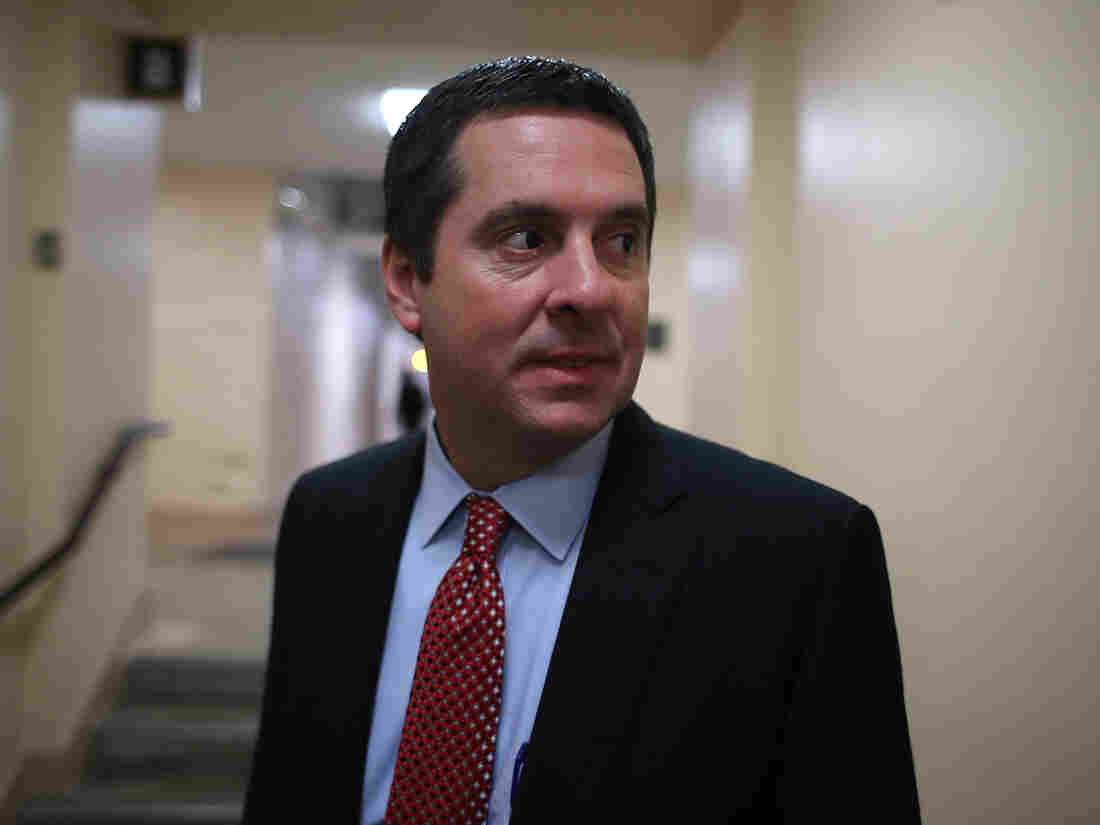 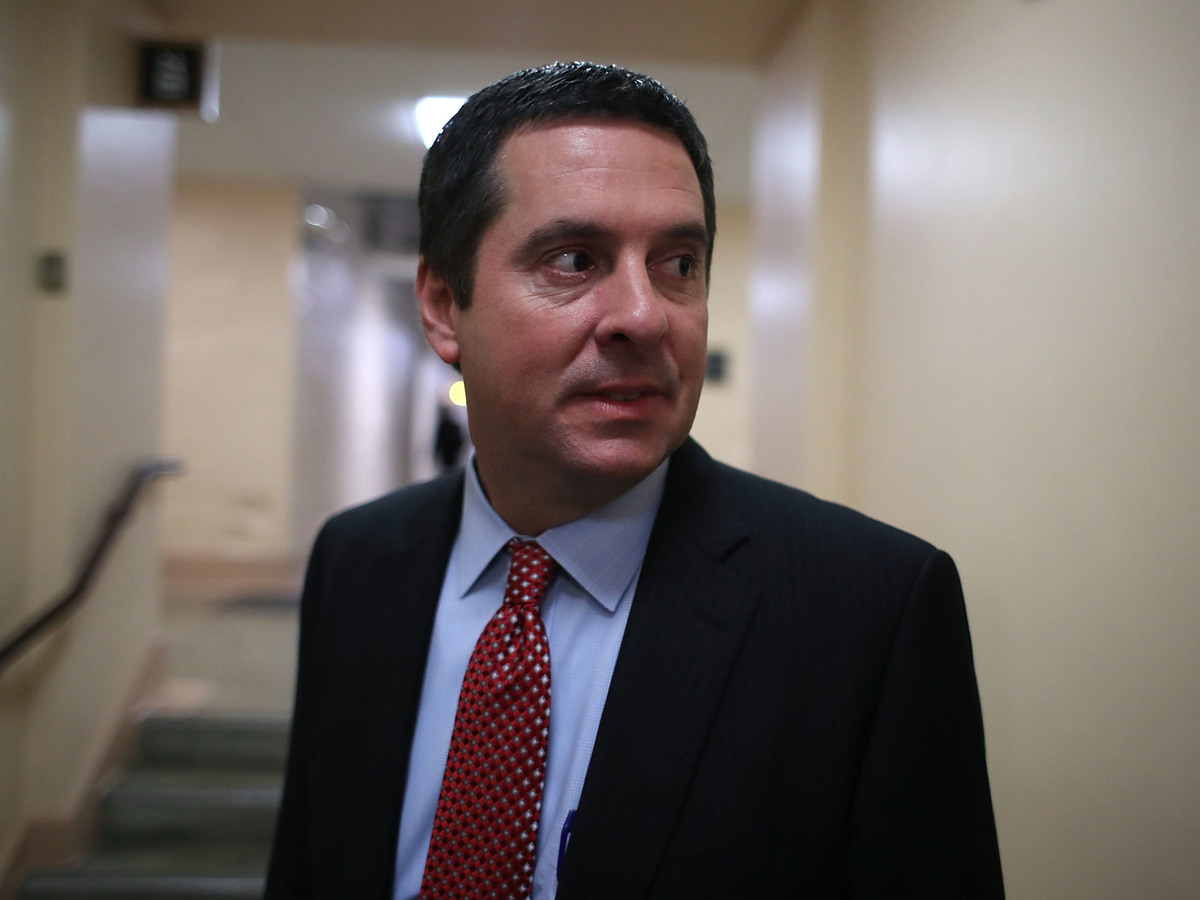 In 2016, Rep. Devin Nunes coasted to re-election by a double-digit margin. Now the eight-term Republican is in for the tightest race of his political life — all thanks to his views on the Russia investigations.

As chairman of the House Intelligence Committee, he has made himself a national figure for his staunch defense of President Trump and criticism of special counsel Robert Mueller, who's leading the investigation.

But Nunes' national profile is a double-edged sword: He has raised a tremendous amount of money, but it has also put a spotlight on him that he has never contended with before.

Polls taken in the past few months suggest Nunes could be ahead by as little as five to eight points. His challenger, Democrat Andrew Janz, has never before run for office but has raised more than $8 million, a staggering amount for a political newcomer in a heavily Republican district.

The big question in this race is whether a member of Congress can run primarily on national stature, while paying little attention to local issues.

"He's made a decision he can pretty much do what he wants and ignore local concerns...if he just nationalizes this whole race," said Liz Mair, a Republican who runs the Swamp Accountability Project and is opposing Nunes as part of her organization's effort to protect Mueller's Russia investigation.

California grows half of the fruits, nuts and vegetables eaten in America, most of it grown in the state's Central Valley. In the district, constituents care deeply about agriculture, immigration and water — but Nunes has spent much of this past term in the House focused on criticizing Mueller and blocking additional investigations into President Trump's potential ties to Russia.

This has won Nunes a "Defender of Freedom" award from the American Conservative Union, a national organization. But the Mueller investigation isn't an issue that resonates locally among Nunes' supporters or detractors.

"The Russia issue is relevant insofar as it takes away the political capital that he has now in Washington to focus on what people care about here," said Janz, who says he's the one who can give local representation to the district. "I think that this race is about taking back the Central Valley."

"Like most districts, people are primarily concerned with their issues locally," said Michael Der Manouel Jr., a prominent Nunes supporter and local business leader. He says Nunes has been responsive to local agricultural and water issues — and to the region's farmers.

Nunes' actions as chair of the House Intelligence Committee have generated criticism that he is covering for the president and not conducting the panel's business in a bipartisan way. These controversies have helped nationalize what has typically been a sleepy race and led to an outpouring of donor dollars for both candidates from around the country. 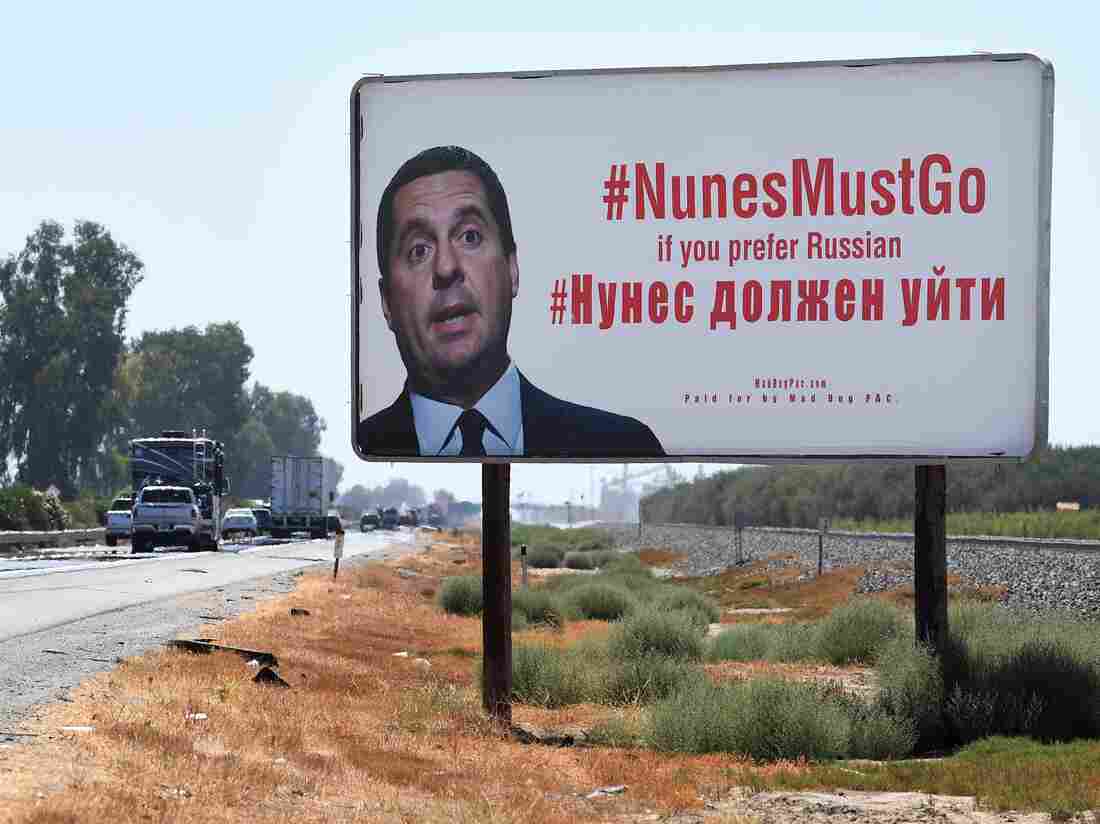 A billboard expressing opposition to Rep. Devin Nunes, R-Calif., is seen on a highway that runs through his hometown of Tulare, Calif. Nunes has drawn criticism from his opponents for his handling of the investigation into potential ties between President Trump and Russia. Mark Ralston/AFP/Getty Images hide caption 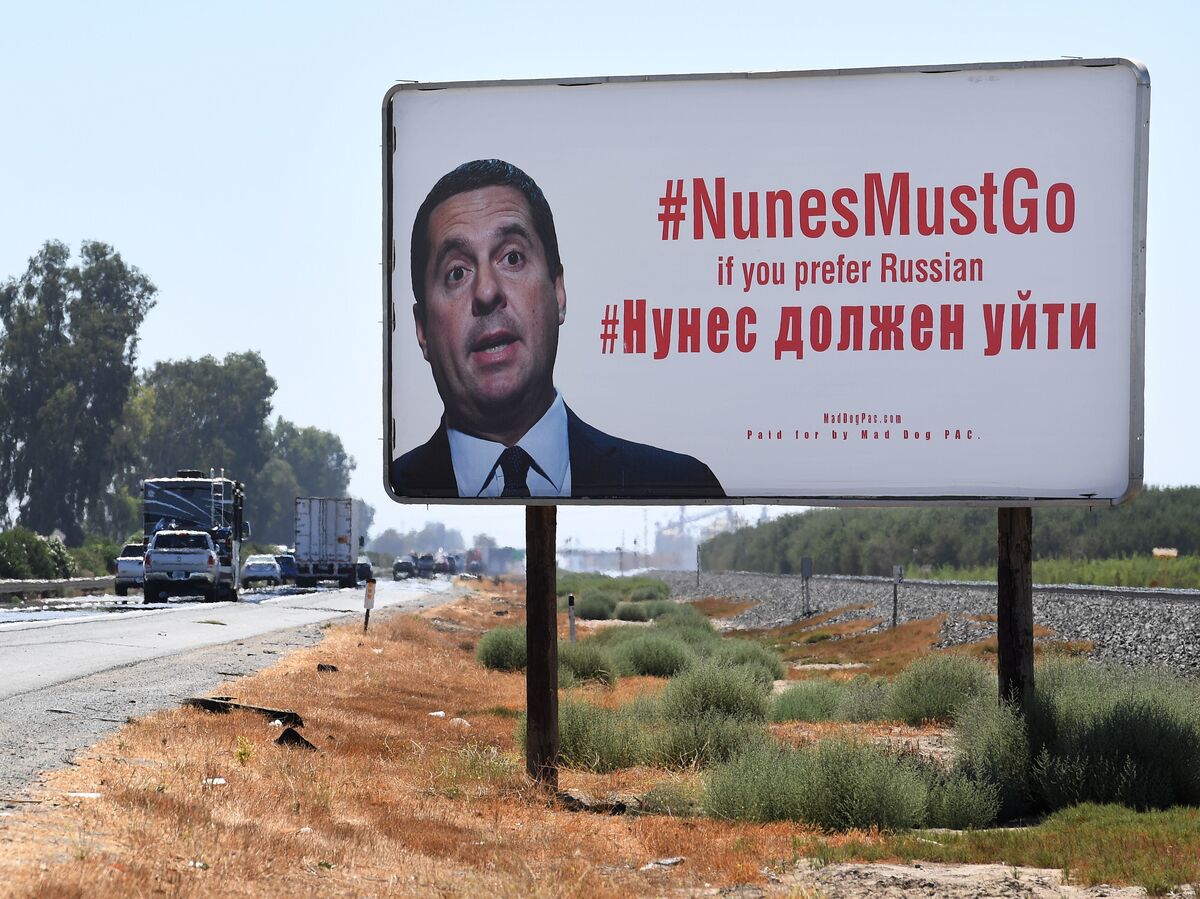 A billboard expressing opposition to Rep. Devin Nunes, R-Calif., is seen on a highway that runs through his hometown of Tulare, Calif. Nunes has drawn criticism from his opponents for his handling of the investigation into potential ties between President Trump and Russia.

Mair, who lives in Virginia, received a fundraising appeal from Nunes' California congressional campaign, and provided NPR a copy.

It reads: "Your generous contribution from Virginia is exactly what I need right now to push back on the constant attacks from the radical left."

Meanwhile, Nunes has been hard to reach for his ordinary constituents. He has has not held a town hall since before the last election.

Even Der Manouel Jr., a staunch supporter, told NPR that he disagreed with this.

"I think that public officials should be accessible to their constituents. I know that personally he doesn't enjoy that environment much," he said in an interview in his Fresno-area office. "I think though that the hostility directed at him from around the country has made it a lot easier for him to say no to doing these."

Neither Nunes' campaign nor his congressional office responded to an interview request. And when NPR tried to visit his taxpayer-funded office in the most populated region of Nunes' district, it was closed and unstaffed at 2 p.m. on a weekday.

Phone calls to that office go straight to voicemail. The only other office in the district is more than 45 minutes away by car.

"One of the criticisms of his constituents have been: he is not accessible," said Lisa Bryant, a professor at Fresno State. She's a longtime political observer who works in the district. "I think if you are a loyal constituent and/or a donor to his campaign, he's accessible. He does fundraiser dinners and things like that. However, if as a regular constituent you want to go to his office and speak to somebody, a staffer in his office, it's very difficult."

The Fresno Bee reported that a recent meet and greet for supporters required guests to submit individual RSVPs indicating who invited them. Guests were also warned that no photos were allowed and that they could be subject to a personal search.

While he's not holding public events, he is blanketing the airwaves with attack ads — and even producing alternative media, such as his own podcast and his own website designed to look like a news outlet, "The California Republican."

Nunes has even picked a fight with the Fresno Bee, his local newspaper.

The Bee's editorial board declined to endorse him for the first time in 16 years after he declined to meet with them. In an unprecedented move, Nunes produced a 40-page, high-end, glossy magazine that suggests that the newspaper is after him because of its supposed communist sympathies, a maneuver endorsed by his supporters.

"I lived in the valley my whole life, except for six years. I stopped taking the paper this year," Der Manouel Jr said.

It's a unique strategy in this contentious midterm cycle. But to Nunes supporters all that matters is whether he is re-elected to Congress — not the margin.

"When you're in the House of Representatives there is only one definition of being hurt politically. And that is you are not re-elected," said Stephen Tootle, the vice chairman of the Republican Party in Tulare County, the more rural part of Nunes' district. "So I would say up to this point he has not been hurt politically."

But for the first time, Nunes faces a challenger who could make him sweat as the results come in on election night.

While he has traditionally coasted to victory, his views on Russia and the president may make for a nerve-wracking evening if a "Blue Wave" materializes.