Accessibility links
Rap, Buddhism And Broken Radiators: The Beastie Boys Have A Story For Everything NPR's Rachel Martin talks to Adam Horovitz and Michael Diamond of the Beastie Boys about their new memoir, Beastie Boys Book. 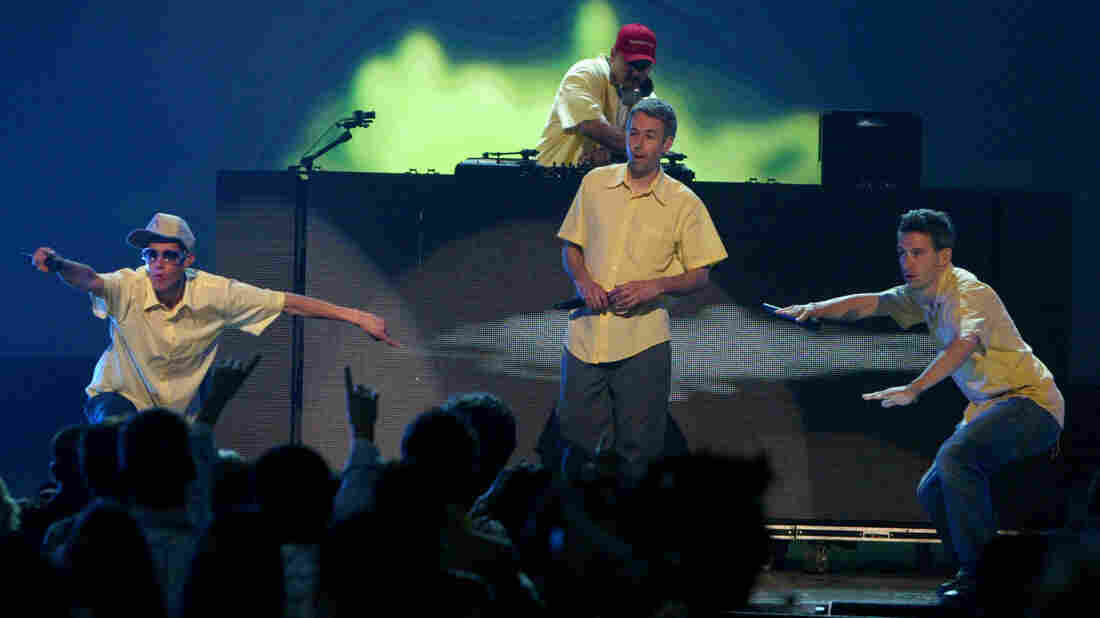 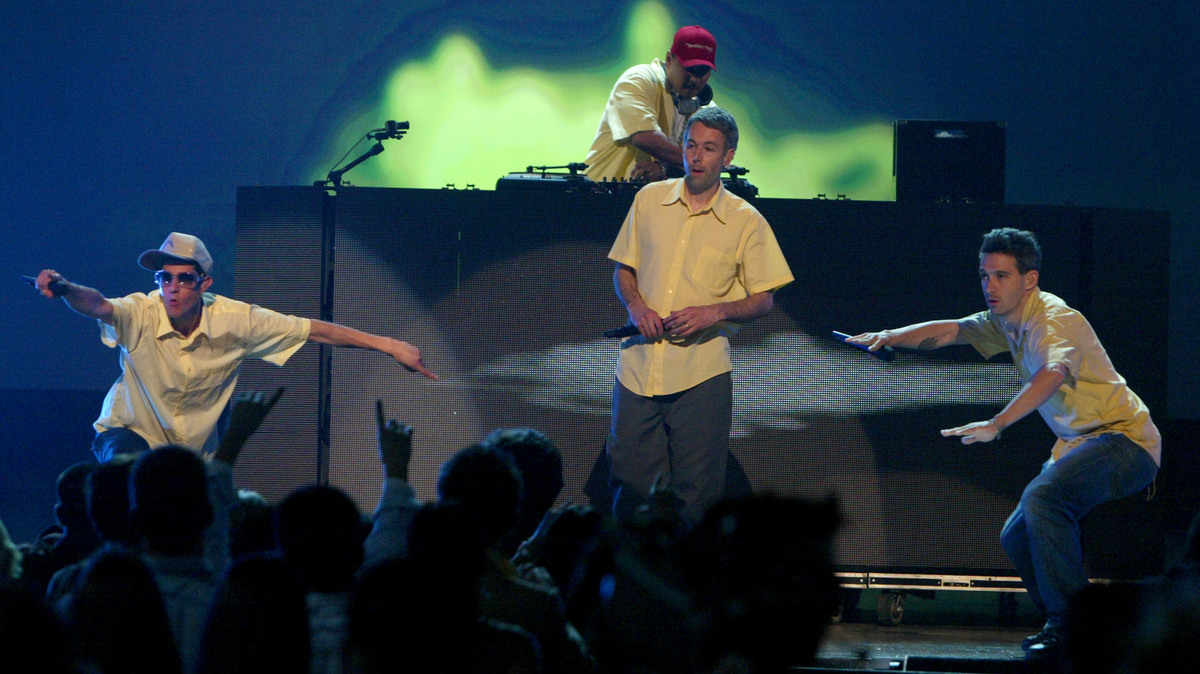 It's interesting to read how the members of Beastie Boys came to know each other as teenagers and create the trio's sound. But if the new music memoir Beastie Boys Book aims to answer anything, it's this: Have the Beastie Boys grown up? The answer is sort of.

Michael Diamond and Adam Horovitz, better known as Mike D and Ad-Rock, co-author the new Beastie Boys Book, which comes out Oct. 30. In the book, the guys reflect on living and breathing hip-hop, the lost art of mixtapes and what it was like pioneering such a jovial, and somewhat juvenile, sound in rap. That sound was part of the Beastie Boys' initial allure. In the early 1980s, these guys were breaking all the rules. They were punk teenagers running around Manhattan, going to clubs they shouldn't have been in and making music that wasn't supposed to be for them.

"People taking us seriously wasn't really a consideration for us," Diamond says. "The second we heard rap music, it wasn't like anything else that we had heard before."

Covering the good, the bad and the cringeworthy, Beastie Boys Book looks back on some of the Beastie Boys' regrettable decisions too, like the group's misogynistic lyrics early on. "It used to be all of the bit of me that'd cringe," Horovitz admits about listening to some of the group's old material. "And now, there's definitely a bit of me that cringes. It's very cringey."

But Horovitz and Diamond say that Adam Yauch, a.k.a. MCA, the third Beastie Boy who died of cancer in 2012, would always guide them in the right direction and lead by example. In the group's 1994 song "Sure Shot," Yauch openly apologized to women, rapping, "The disrespect to women has got to be through / To all the mothers and the sisters and the wives and friends / I want to offer my love and respect to the end."

Yauch was the guy pushing the other two in new directions. "Everything made sense with him and everything between the extremes made sense," Diamond says.

Between the constant ribbing and inside jokes, Horovitz and Diamond share sincere moments of reflection about their music, their friendship and the guy who taught them to fix radiators, to care about human rights, to own up to mistakes and to grow up.